BACK TO ALL NEWS
Currently reading: Europe's most powerful EV charging hub to open in Oxford this year
UP NEXT
New Gordon Murray T33 is practical supercar with 607bhp V12

Energy Superhub Oxford will draw 10MW of power directly from the national grid, unlike other hubs
Open gallery
Close

A UK-based consortium will open Europe's most powerful EV charging station in Oxford later this year.

The chargers will be powered by up to 10MW of power drawn, unlike at other UK hubs, directly from the national grid. This makes the Energy Superhub Oxford (ESO) the most powerful such charging site in Europe, according to Pivot Power.

Ten 300kW chargers, which will be capable of adding 300 miles of range to an EV in 20 minutes, will be initially installed by Fastned, with a further 28 chargers to follow in time for the ESO to open as early as November this year.

Wenea will install 16 of these additional chargers. These chargers will be rated at 7-22kW and compatible with most EVs. The final 12 chargers will be 250kW Tesla Superchargers for use solely by Tesla drivers.

The ESO is part of a wider push to reduce CO2 emissions in Oxford, spearheaded by Pivot Power, which has funding of £41 million to integrate EV charging, battery storage, low-carbon heating and smart energy management technologies to support Oxford in becoming zero-carbon by 2040 or earlier. 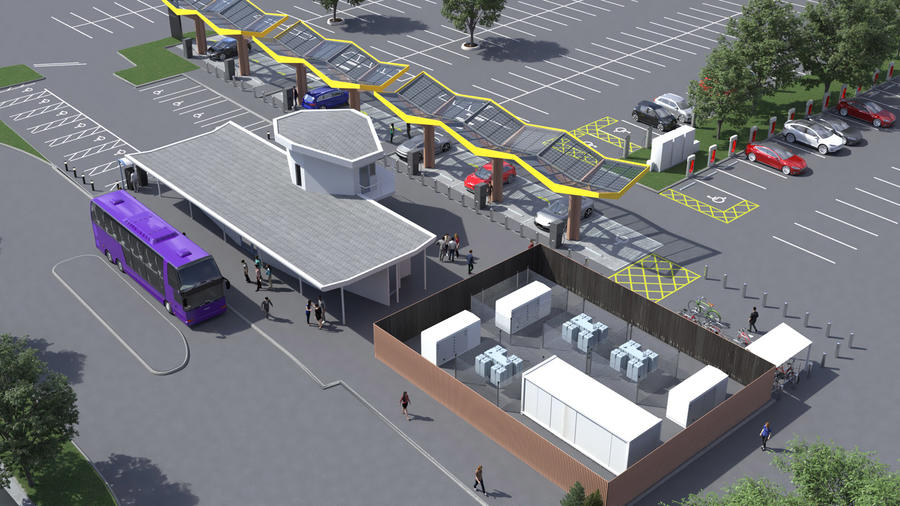 The hub is the first of up to 40 similar sites planned by Pivot Power across the UK to help deliver charging infrastructure needed for what the company estimates will be 36 million EVs on UK roads by 2040. Other locations being considered for Superhubs include Coventry, Birmingham and Manchester.

Pivot Power boss Matt Allen said: “Our goal is to help the UK accelerate [to] net-zero by delivering power where it's needed to support the EV and renewable energy revolution.

"Oxford is one of 40 sites we're developing across the UK, combining up to 2GW of battery storage with high-volume power connections for mass EV charging.”

The ESO comes on the heels of Oxford City Council’s confirmation of plans to open the UK’s first Zero Emission Zone (ZEZ) in August this year. The zone, which will encompass a handful of streets in the city centre, will charge every car that's not zero-emissions between £2 and £10 to enter.

And as somebody said, what's the point of providing super duper really rapid stand back she canna take any more captain chargers. You'll be unnecessarily occupying a bay by the time you get off the (diesel?) bus.