BACK TO ALL NEWS
Currently reading: Silverstone to host British Grand Prix until at least 2024
UP NEXT
2025 Mercedes A-Class EV to be luxurious EQ entry point

Silverstone to host British Grand Prix until at least 2024

The owners of Silverstone and Formula 1 have signed a deal to keep the British Grand Prix at the historic circuit until at least 2024.

The agreement is the culmination of two years of negotiations between the British Racing Drivers Club (BRDC) and motorsport's premier category.

F1 chairman Chase Carey said the Northamptonshire venue is an "integral part" of the sport's future, according to BBC reports. BRDC chairman John Grant added: "Silverstone is one of the most iconic grands prix on the F1 calendar, and with such a rich heritage, it would have been disastrous for the sport and fans had we not managed to find a way forward."

Back in 2017, the BRDC triggered a break clause in the 17-year contract, signed in 2009, citing the financial terms of running the race as “unsustainable”.

The sticking point had been the multi-million-pound fee it must pay to host the grand prix, which increases by 5% each year because of an escalator clause, despite the amount – currently believed to be in the region of £20 million – being less than other circuits around the world must pay.

Silverstone's managing director, Stuart Pringle, spoke to Autocar at the start of this month. “I fully accept that we don’t pay as much as Timbuktu or the latest place F1 has signed up,” he said in reference to the pursuit of new additions to the calendar, such as Vietnam, which is confirmed for 2020. “But Timbuktu doesn’t have a fanbase that year on year, come rain or shine, come British champion or not, turn up and pay their money.”

Despite a number of new additions, Liberty Media, which purchased Formula 1 in early 2017, has stated its desire to keep historic European rounds, such as Italy, Germany, France and Britain, on the calendar. Silverstone hosted the very first F1 world championship race in 1950.

Silverstone has also been promised that its position on the calendar will be safe even if a much-mooted London street circuit is added to the calendar.

Silverstone has just been resurfaced for a second consecutive year following its disastrous MotoGP round last September, when heavy rain forced the race to be cancelled because of drainage problems that made the track un-rideable.

Despite that blow, however, a deal has also been signed to keep the top motorbike racing category there until 2021.

“Silverstone is in effect a tax collector for F1,” Silverstone managing director Stuart Pringle told Autocar earlier this month. “The fans pay their ticket, they money washes through our company and we hand it across to F1. If everything adds up, we break even or make a small black number. If it doesn’t it’s a red number, we cover the difference and call it ‘brand value’ or something.”

He also rejected the old argument that the UK government should come to the financial aid of the circuit. 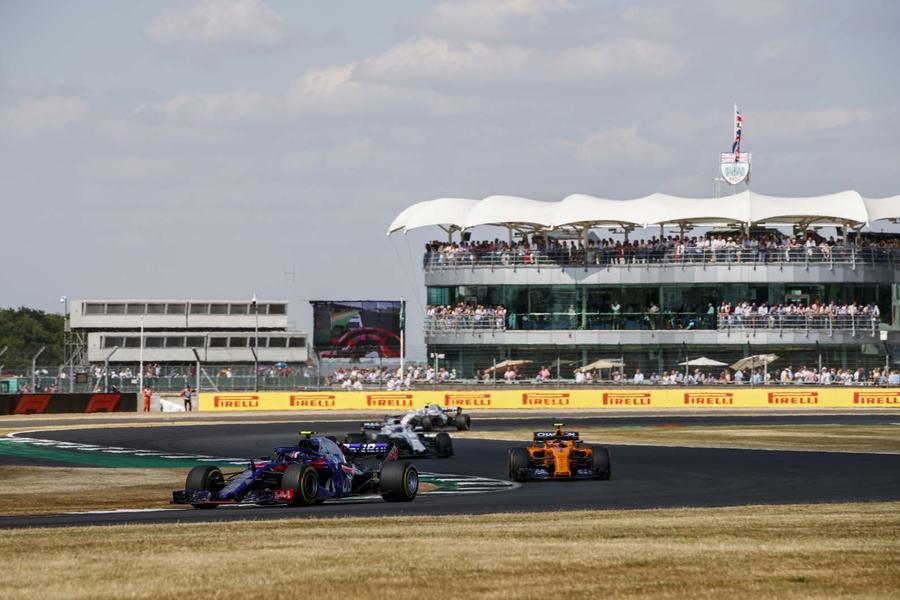 “Suggestions that government support should be there in Britain is nonsense because we’ve seen it with Turkey, India, Malaysia and they are no longer on the calendar,” he said. “There’s a reason why we’ve had a grand prix every year in this country since 1950 and that is the fee is paid by the enormous fanbase – and that is a strength, not a weakness.

“Silverstone is owned by the British Racing Drivers’ Club, and there are 800 racing drivers and those who made their success possible, and they passionately want to keep their sport at the circuit. So my brief is to retain it, but don’t break the company while doing so.

“I will be very disappointed if we are not able to announce something before or at this year’s event, but if we can’t it is because there is a monumental difference between us.”

Pringle said he still believes investment in F1 is worth it, despite the hurdles that must be negotiated to complete a deal.

“I still believe in the inherent value of F1,” he said. “The red team [Ferrari] isn’t going anywhere and as long as they stay that’s fine. Lewis Hamilton will sign another two or three-year contract after this one comes to an end, and we’ve got Lando Norris, George Russell and half of [London-born Thai] Alex Albon coming up, all of whom the British fans can get behind.

“What we want to do with the venue, our mission statement, is to become a nationally recognised family focused leisure destination with motorsport at its heart. We have to be broader, but we need our motorsport profile and F1 is probably the best marketing money we could spend.”

Other revenue streams look set to “transform” the Silverstone business in the next year. A hotel is currently under construction on the start/finish straight opposite the Wing pit complex, while a heritage centre based in the giant ex-aircraft hanger next to the main entrance should open before the end of the year, despite recent delays to its completion. 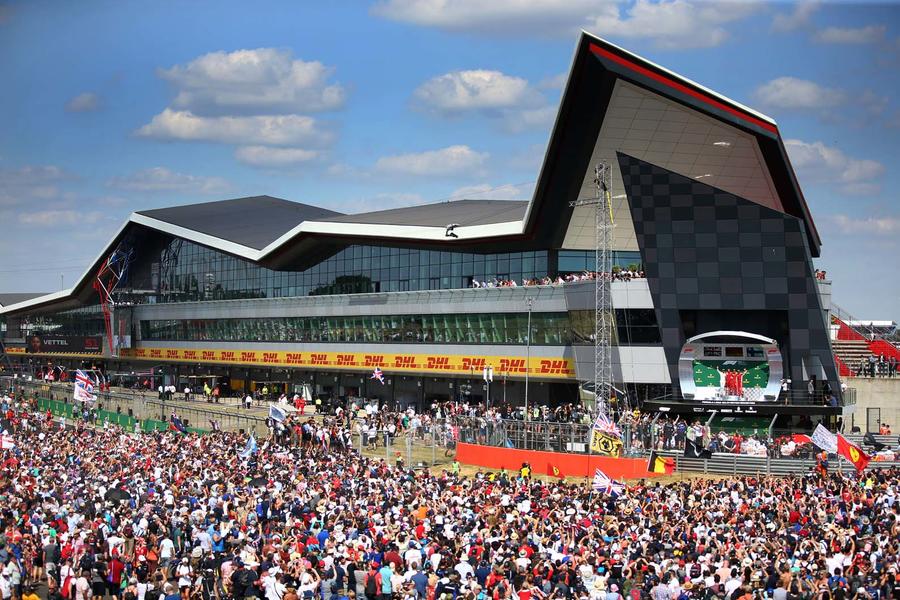 “The hotel will be up in time for next year’s Grand Prix that we don’t yet have, although we are not building it for F1,” said Pringle. “We are building it to make the Wing work as the biggest conference and exhibition space between London and Birmingham.

“That will be transformational to our business and precisely the sort of 52-week a year revenue that we need to be driving out of Silverstone, rather than relying on middle-aged men on Sundays in July to pay our bills.

“The Silverstone Experience was supposed to be open for this year’s grand prix and very regrettably, the lead contractor has gone into administration, which was really unfortunate. Within less than a month before completion, the project ground to a halt. We are in the process of trying to knit it back together again. It will open in the autumn.”

Why Canadian GP controversy is good for Formula 1

The new battle for the British Grand Prix

We'd be better off putting money into grassroots motorsport to benefit the motorsport do-ers, rather than dreamers, in this Country

I exhibited at a work event

I exhibited at a work event there last month and I was very impressed with it as a venue. I've been before as a spectator to races, but from a corporate perspective, it is slick and the design and the big rooms/halls are great. It also gives you the opportunity to drive around the roads within the track when you are entering/leaving and I did see the resurfacing going on that this article mentions. It also drew a very strong number of customers even with an 8am start as it was a nice central location in the UK for people to get to. Overall I was impressed. The whole time I was there I was thinking "please don't let F1 go" as it's essential IMO that it stays there for many years to come. Lastly, I also saw some prototypes going round the infield track and they have a rather awesome looking Porsche experience centre there. They had so many nice cars like the GT3 RS just sitting about and also the LMP1 WEC championship winning car. Overall a nice place to see, certainly.

What exactly is wrong with middle-aged men who support your business Mr. Pringle?

are the only ones with a high enough disposable income to afford to go.  Liberty media is NOT in the motiorsport business, it is a media company.  You only have to look at the cringeworthy "ready to rumble" presentation of drivers at the USA GP to spot that one.

I love F1 and all motorsport but I hate the culture of celebrity that pervades every aspect of our daily lives and puts more focus on the individual than the whole.

I'm with you kboothby but I fear we are in the minority these days.

A minority or just a silent majority? I think many are tired of the relentless obsession with celebrities but the media are very good at promoting them.