BACK TO ALL NEWS
Currently reading: The future of Jaguar sports cars
UP NEXT
Lamborghini to prioritise unexpected specials over retro cars

The future of Jaguar sports cars

A key part of the legacy Ian Callum leaves Jaguar after 20 years as its director of design is a clear understanding of how the brand's sports cars should look.

His views about sports car design mean that the F-Type’s replacement could be similar to the breathtaking C-X75 concept car of 2010.

“We could get quite close,” he told Autocar. 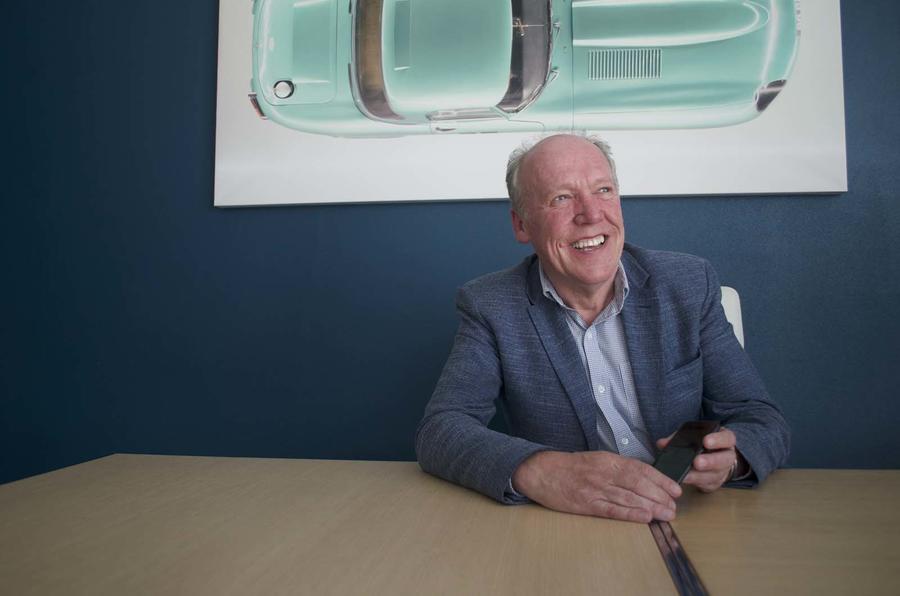 As Jaguar grapples with the key decisions about the new two-seater’s specification, and whether it will be accompanied by a 2+2 XK replacement, it’s working within design rules that Callum has set in collaboration with his successor, Julian Thomson.

Callum’s parameters start with a definition of a sports car that he’s developed over time.

“A sports car is an indulgence of performance and beauty,” he told Autocar. “It's about two people and a powerful drivetrain wrapped as tightly as possible in a beautiful style. That's exactly what an F-Type is and exactly what an E-Type was. 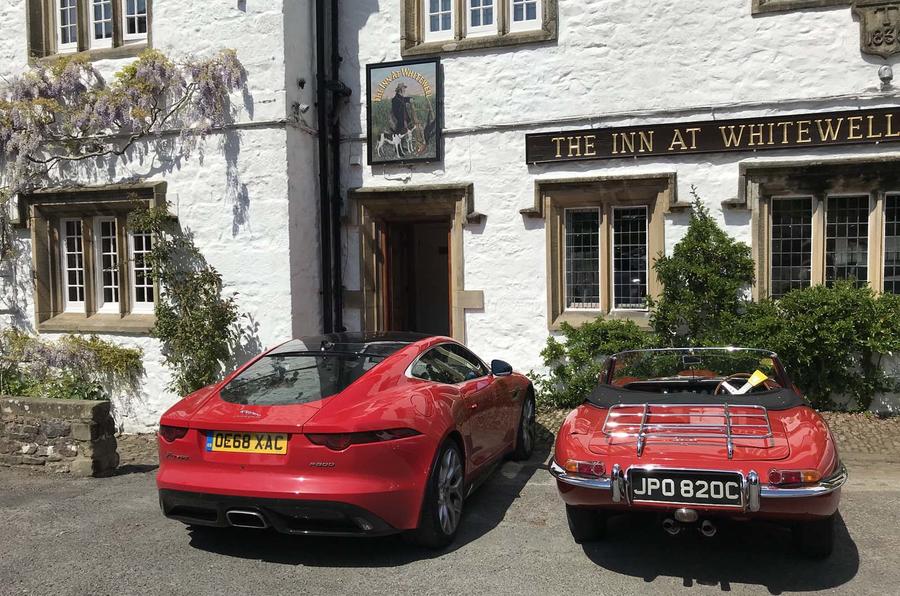 “A Jaguar sports car’s beauty has to be very obvious, without need of explanation. In [Jaguar founder] Sir William Lyons’ true manner, it also has to have, somewhere, a sense of excitement through exaggeration. That may evolve through the nature of its underpinnings, which often it did, or through the car’s pure aesthetics, consciously applied.

"The E-Type was exaggerated because of its engine location and the formality with which Malcolm Sayer designed his cars – the purity of his aerodynamics. Beauty of line is very much part of it; the form that allows your eye to run across the vehicle without interruption and with something to enjoy.

“For a Jaguar sports car, presence and stance is all-important. It must have such fantastic presence and stance that even a five-year-old who’s not interested in cars can't help but turn around and notice it. And they do. They notice that its proportions, stance and presence are different from anything else. Even the XJS – love it or loathe it – still had that.” 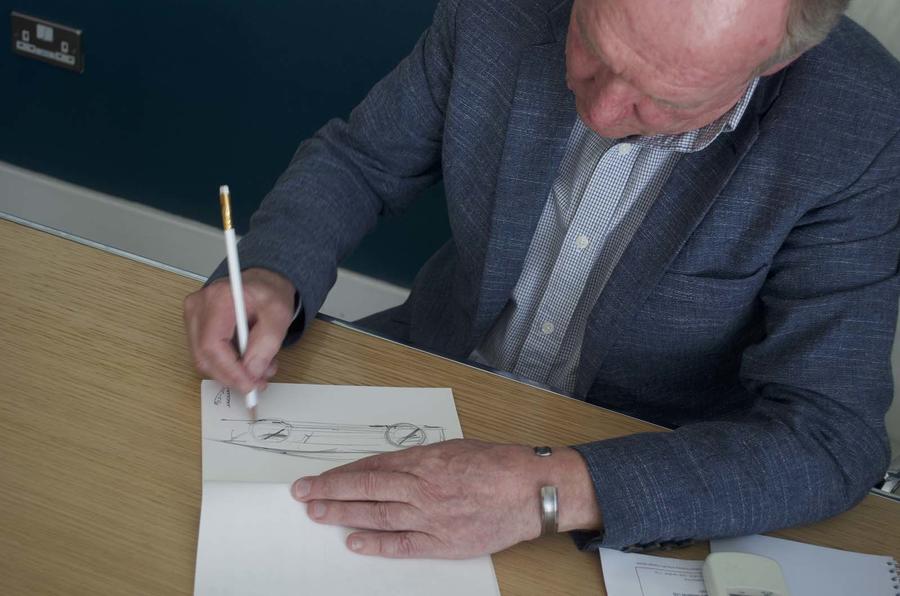 When Callum informally sketches a future Jaguar sports car, as he did when we were talking to him, it’s a shape that’s unmistakably mid-engined or for an electric car, and in the vein of an updated C-X75. That’s pertinent to Jaguar’s decision about whether the F-Type’s successor will be electric, a front-engined hybrid or a mid-engined hybrid.

Callum said: “If you were to do an electric car, you would naturally end up with that [C-X75] style. It's a shape a designer would do given no constraints. It was the ultimate design indulgence. We even created a powerplant that would give us that shape. Function followed form in its case."

Is that helping to push the decision towards electric?

“Not necessarily. That's based on a formula which we understand as designers – a mid-engined format. 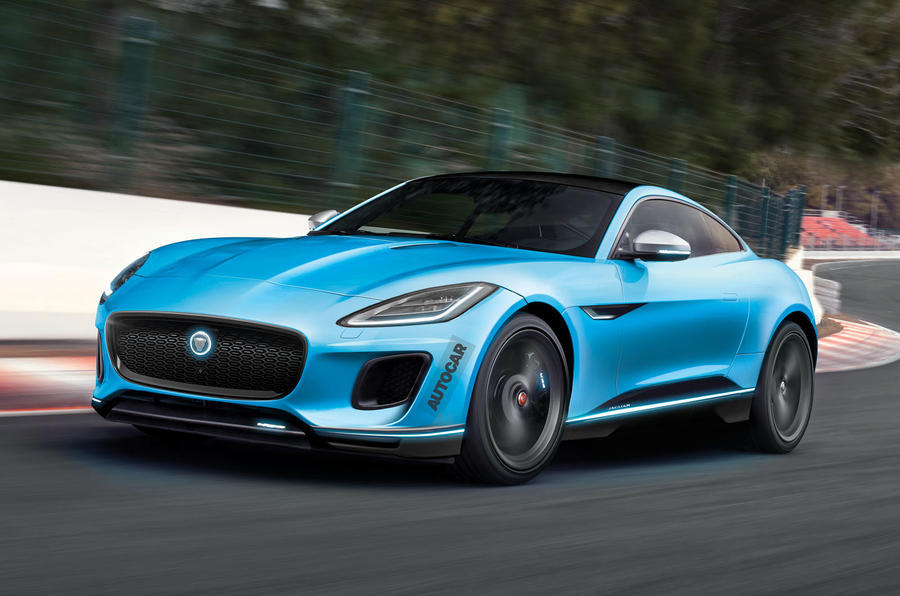 Ultimately then, how close can the F-Type replacement be to the C-X75?

“We could get quite close; it depends on what we do. With a front-engined car, clearly we can't. There's still a following within Jaguar for a front mid-engined car; that it's still the correct formula. I have a preference for mid-engined cars. It’s certainly something I would like to see.

“But honestly, it hasn't been decided yet. Most cars go through a seven-year cycle; the F-Type will last a bit longer than that, so there's a bit of time but not much.”

That suggests Jaguar has progressed at least two design approaches: one in the short-nosed electric/mid-engined format Callum prefers and another with a longer bonnet to accommodate front-mounted four and six-cylinder and Project Jennifer V8 hybrid powertrains. 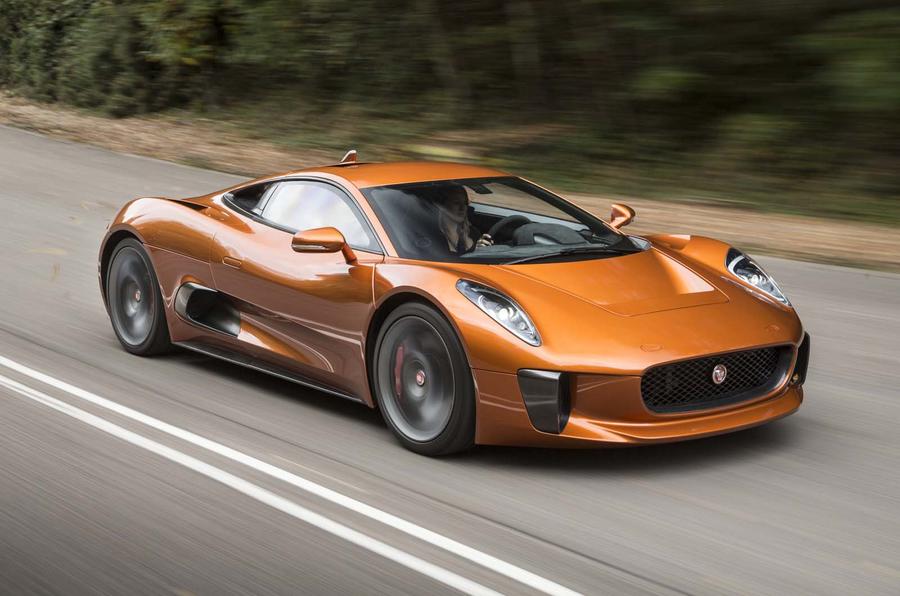 Talking about specific design similarities between the F-Type and its replacement, Callum said there may be a relationship in grille sizes and shapes “but we haven’t defined that yet".

He continued: "The similarities come out of the atmosphere of the car. We try to get lines with a certain curvaceousness that involves the wheels. The wheels are very important and add power to the design. And the lines above the wheels – the wings – are very, very important on a Jaguar. They emphasise the movement of the wheels and that's something you will continue to see on a Jaguar sports car.

“Incidentally, it’s a car’s plan view that, more than anything else, affects the excitement of its overall aesthetic. It dictates the visual length of the car as you walk around it, and it changes dramatically. So the plan view is very important. It’s what the F-Type’s shape does in plan view that creates the visual excitement. You're not aware of it, but it does.” 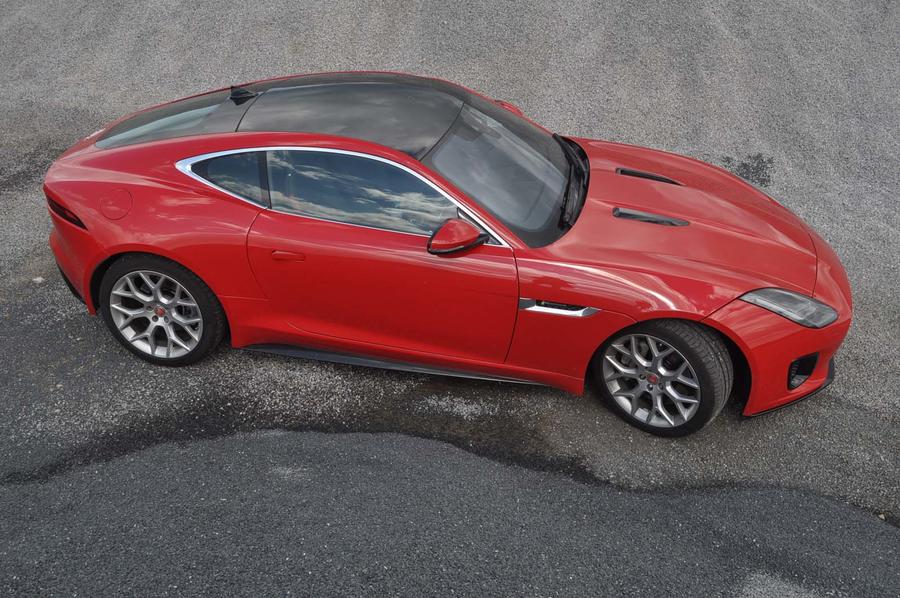 Apart from his desire for an electric or mid-engined shape, Callum has also been one of the Jaguar directors pushing for an XK replacement.

He says: “I would like to see two sports cars in the range – the two-seater, very focused on drivability, and some form of 2+2 or four-seater but still very sporty. It’s not decided yet.

“Potential sales volumes depend on how flexible the 2+2 is. If you can offer a car with a certain amount of practicality, the market for it gets bigger. Demand for sports cars comes and goes according to product. They have to survive at Jaguar, because they're the ultimate expression of performance and design.”

With Callum’s departure, the F-Type immediately becomes his legacy among Jaguar sports cars. With global sales of more than 61,500 (70% coupé, 30% convertible), it has done a solid job of rebuilding Jaguar’s reputation as a maker of alluring sports cars – a vital rub-off on its other models, especially the SUVs. 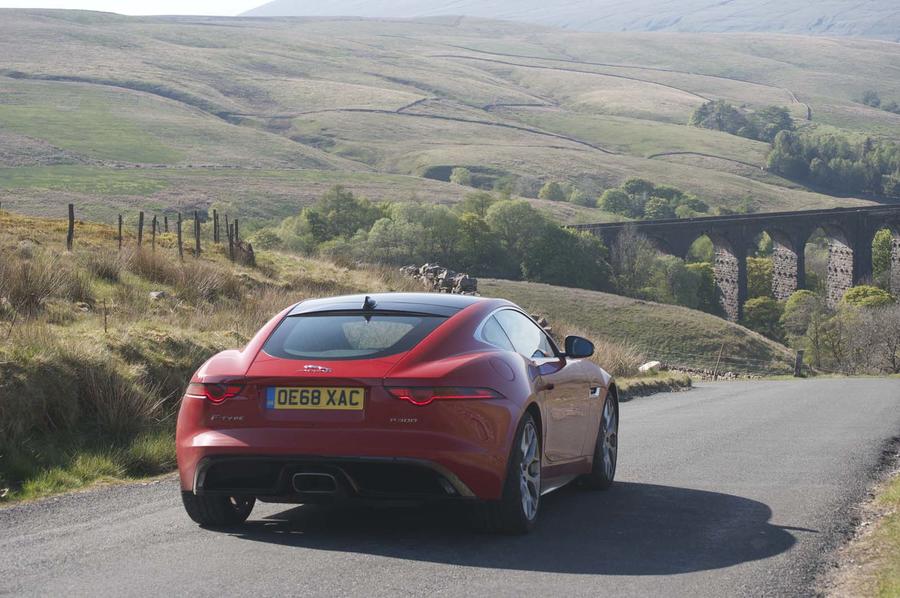 It’s significant and rewarding for Callum that the coupé sells more than double the convertible. Previously, the XK convertible had outsold the coupé 60% to 40%. With the F-Type, he set out to design a coupé so beautiful it would reverse those figures and expand sales. “I could see how the coupé could be so much better than where we were in terms of aesthetic,” Callum said. His current company car is an F-Type SVR Convertible, but it’s the F-Type Coupé he’s keeping in his ‘forever’ collection.

A week on the road with the lowliest F-Type

I called in to see Callum at his Whitley studio on the eve of the announcement of his departure, after a week’s touring in an F-Type P300 R-Dynamic Coupé. Reactions suggested that, after six years in production, the F-Type is solidly recognised as one of today’s most beautiful cars and will have an enduring stature.

When I asked one woman why she was admiring it, she said: “It’s sleek and beautiful, obviously sporty but not shouty. It has a racy attitude with an elegance and style.”

A friend with whom we stayed went next morning straight to a dealer to see about buying one. Why? “It’s simply its line of beauty,” he said. “It has wonderful lines and very good proportions with a kind of discretion. It’s a head-turner without being flashy.” That’s the effect Callum sought, although I’ve always found the bonnet shut line across the front wings disruptive. He acknowledges its awkwardness, and Autocar’s recent scoop photos reveal that he’s eradicated it on the facelifted F-Type coming next year. The new nose, with a horizontal bonnet side shut line, should make the front blend better with the voluptuousness of the tail.

Apart from gauging reaction to the F-Type’s design after six years on sale, I’d wondered how good a sports car experience the least-powerful model, the turbocharged 2.0-litre four-cylinder P300, would deliver for two people on enticing roads across northern England over five days.

Autocar’s test soon after the P300’s launch said it brought “richness, luxury and style to a part of the sports car market that doesn’t currently offer anything like it” and praised the greater handling poise gifted by a 24kg nasal weight reduction but reckoned 296bhp wasn’t enough.

As it turned out, the Ingenium four – working crisply with the ZF eight-speed automatic gearbox – had enough get-up-and-go for swift overtaking on the roads we were on and as much pace as they could handle. 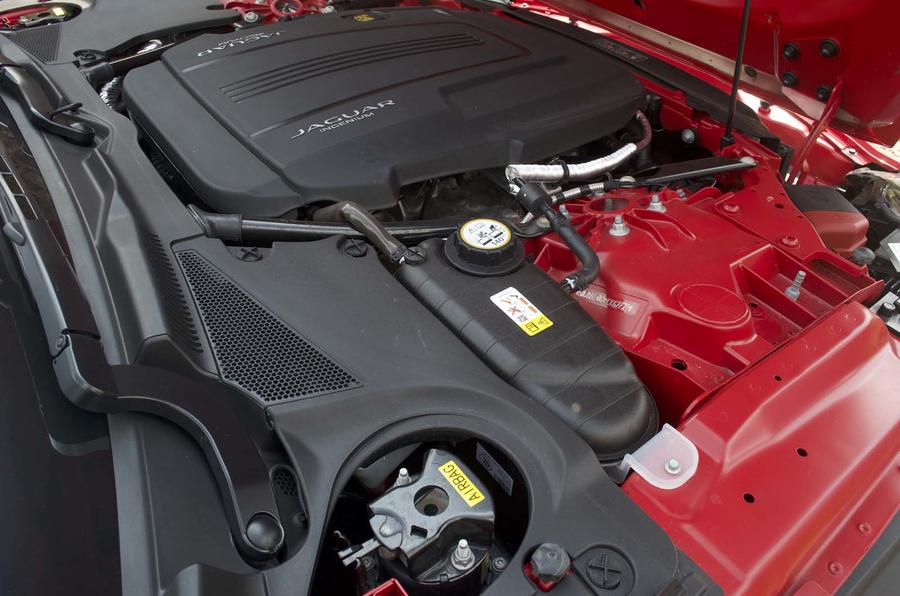 On wriggle-fest stretches with plenty of verticals, the handling and composure was impeccable and satisfying. Tiny inputs at the nicely weighted wheel sent it exactly where I wished, immediately. It sat flat and poised and wasn’t fazed by any combination of bend, dip or crest. Full power out of tight bends didn’t shift the rear, either; with the power available, the open differential was fine. It seemed to me to be beautifully balanced. Alongside its sporting credentials, there’s a meaty refinement that makes it a fine grand tourer, too. Frankly, I found it addictive.

The coupé’s boot – 60% bigger than the convertible’s but still just 315 litres – was okay for the two carry-ons and assorted soft bags my wife and I had. Our only occasional discomfort was motorway road noise that varied with the surface from negligible to something like being in a tin shed in a hailstorm. Over 1130 miles, the P300 averaged 25.9mpg.

.. a little bulky in places but the rear three-quarter view especially, is particularly evocative. The C-X75 is, to my eyes, a superb design and one of my all-time favourite shapes: such a shame it wasn't put into production. Likewise, many years ago, the XJ13; I know it was a racing car but if only they could have developed it along the lines of the D-type/XKSS. Damn those pesky bean-counters!

And those designs are going to be future classics.   His Vanquish already is.