BACK TO ALL NEWS
Currently reading: New Range Rover Sport HST gets JLR's new straight-six petrol
UP NEXT
Hyundai Ioniq 5 vs Skoda Enyaq: the best family EV for £40,000?

The unit features an electric supercharger, able to spool up to 120,000rpm in half a second to, the firm claims, “virtually eliminate” lag from the twin-scroll turbocharger. The motor itself produces 406lb ft of peak torque. 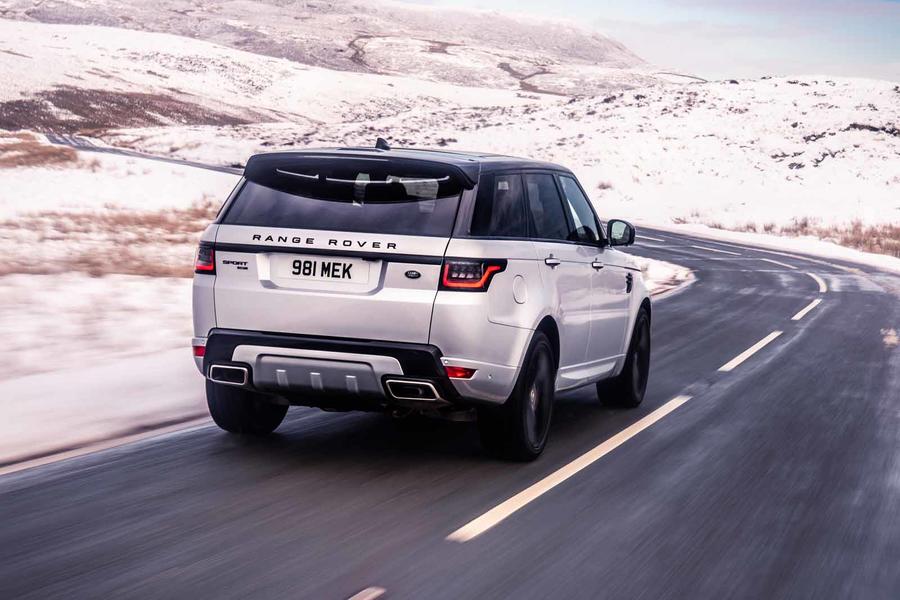 It’s also the first Jaguar Land Rover production model to on sale with a mild-hybrid system, as part of the firm’s plan to offer an electrified variant on every model launched from 2020. The recently revealed Evoque also features the tech, but it's not yet on sale.

The 48v system harvests energy through regenerative braking, storing it in a small battery that can offer electrical assistance when pulling away, while allowing longer stop/start activation.

The new engine makes the Range Rover Sport HST capable of 0-60mph in 5.9 seconds, while going on to a top speed of 140mph. Fuel economy is rated at 30.5mpg, with CO2 emissions of 213g/km, under the old NEDC measuring regime.

Like the current range of four-cylinder Ingenium engines, the new straight-six has been designed and developed in-house and will be built at JLR’s Wolverhampton engine facility.

The HST special edition also brings with it unique combinations of exterior and interior upgrades, including carbon fibre trim, red brake callipers, and ‘suede cloth’ detailing on the wheel and gear lever.

JLR made one mistake. They

JLR made one mistake. They decided that they had to develop their own engines when the smarter thing to have done would have been to try and share engines with a competitor. Truth is the ICE may only have a life span of another 8 years before we go all in on electric.

On the upside they might be as well giving Honda, Vauxhall, Toyota and Nissan a call to see if there is interest in selling the Ignium engine on to them. If we hard Brexit JLR might be the only car maker in Britain who can guarantee engine supplies due to the high number of components that are actually sourced in the UK.... I am of course assuming they don’t just leave....

. . . but only one manufacturer has had the balls to make one, and it's not Land Rover.