BACK TO ALL NEWS
Currently reading: Endangered species: the UK's motoring misfits
UP NEXT
Hope for Bloodhound LSR project as sponsor talks start again

Car makers expect each model to fill a hole in a market, but they don’t always get it right. We sift through the glowing embers of recent low-sellers
Open gallery
Close

We’re not even two decades in and already there are some 21st-century cars that are heading towards extinction. Some have sold so slowly that they’re even now in danger of disappearing. Others sold better, but are forgettable enough that they’re on the way towards the crusher’s oblivion.

When did you last see a Renault Vel Satis, a Suzuki Kizashi or an MG Rover CityRover? Although in this last case, perhaps you averted your gaze. Some, like this trio, are already dead; some we feature because although they’re still on sale, they sell at a rate to ensure they will always be rare. The Peugeot iOn, for instance: sales of this rebadged Mitsubishi i-MiEV have crawled to 431 over almost nine years.

Others are the product of repeatedly failing ambitions. Cadillac must have attempted a good three relaunches of its range in Europe, even troubling to develop righthand-drive versions of some models. But they made as much impact as a snowflake in a snowstorm. You almost have to feel sorry for Infiniti: its dogged determination to produce a hit has seen a whole series of SUVs and saloons launched here, to the enjoyment of almost nobody.

So here, then, are the desperate last rolls of the dice, half-baked segment-busters hoping to snare indulgent middle-class whims, tentative ventures into alternative propulsion systems, bastard children of alliances and plain old turkeys – all populate our gallery of 21st-century misfits. 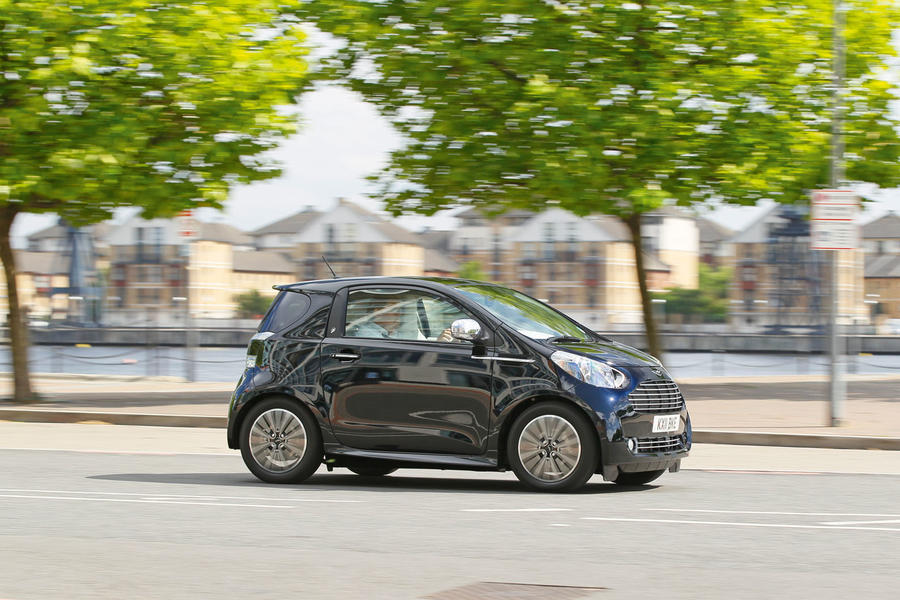 This oddball, a super-luxury city car reputedly sired from a conversation between Dr Ulrich Bez and Akio Toyoda, is one of the rarer Aston Martins, though not of the familiar sort. Amazingly, Cygnets are now worth more than the earliest examples of the V8 Vantage

One of Cadillac’s bolder attempts to crack Europe, the BLS was a freshly iced slice of Saab 9-3 cake. There was even an estate. Nerdy factoid – this was the only Cadillac not sold in the US, the only one made in Europe and the only one with an Italian diesel engine.

A small saloon by American standards, of very small sales.

A large luxury American SUV, of even smaller sales.

A slightly larger American saloon than the CTS, but of even smaller sales. 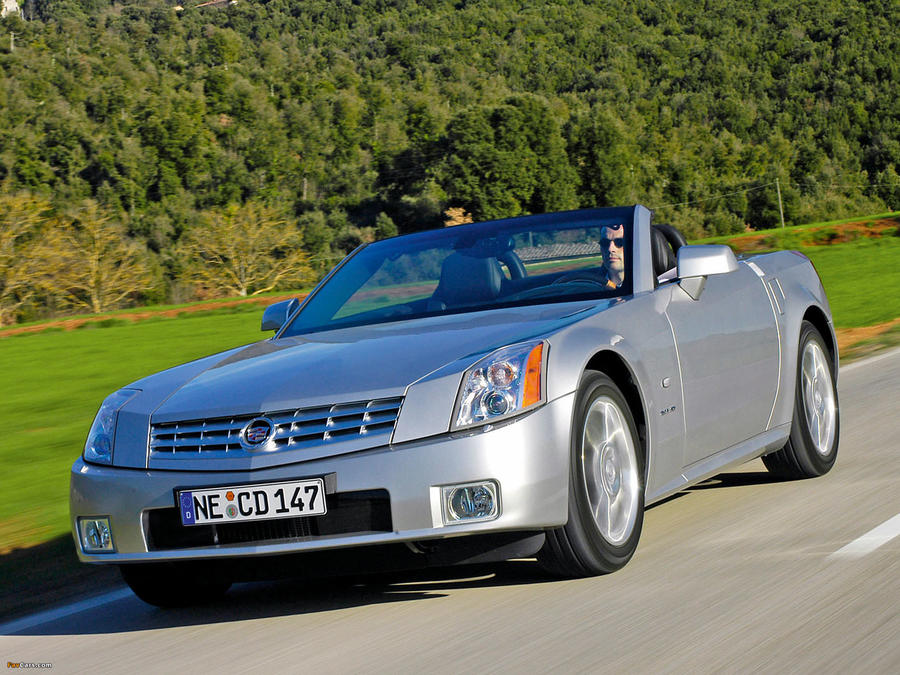 This car was meant to trigger a low-emission revolution. A revolution following the well-worn wheel-tracks of the Toyota Prius, it’s true, but the plug-in Volt brought more. But not to Britain. And its Vauxhall Ampera brother scored only 1288 sales, both models strangled by prices considered too high.

A crass, UK-market rebadging of yet another off-target Lancia. 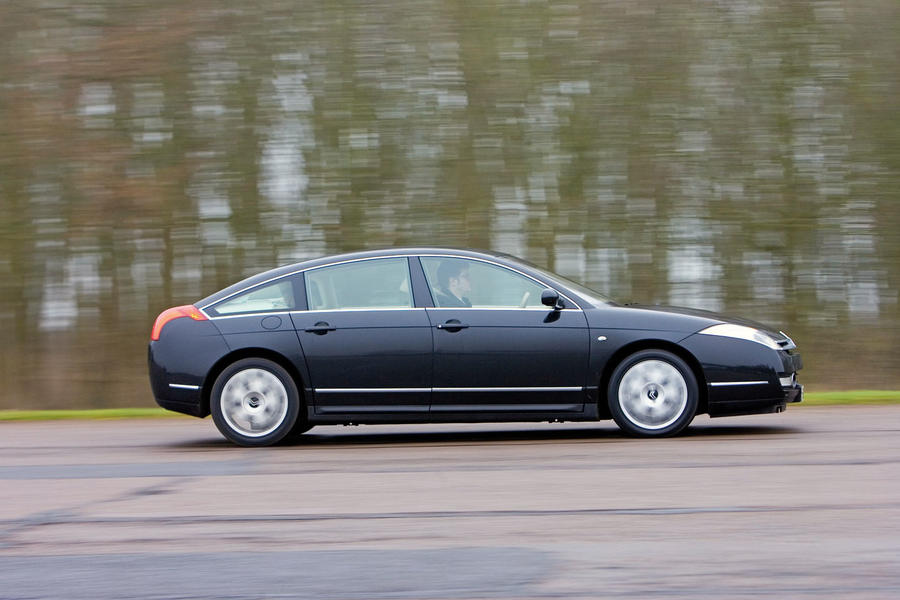 A more impressive car than its XM predecessor, the C6 sold even more slowly, the market for big saloons from mass-makers almost dead. The C6 attrition rate is much lower than for the XM – it’s vastly more reliable, and already almost collectable.

This miserable US rent-a-car device came with a raucous Volkswagen diesel to take your mind off Detroit’s ‘finest’ plastics. An arrival triggered by DaimlerChrysler’s madcap scheme to relaunch Dodge in the UK, a surprising number of Avengers survive. 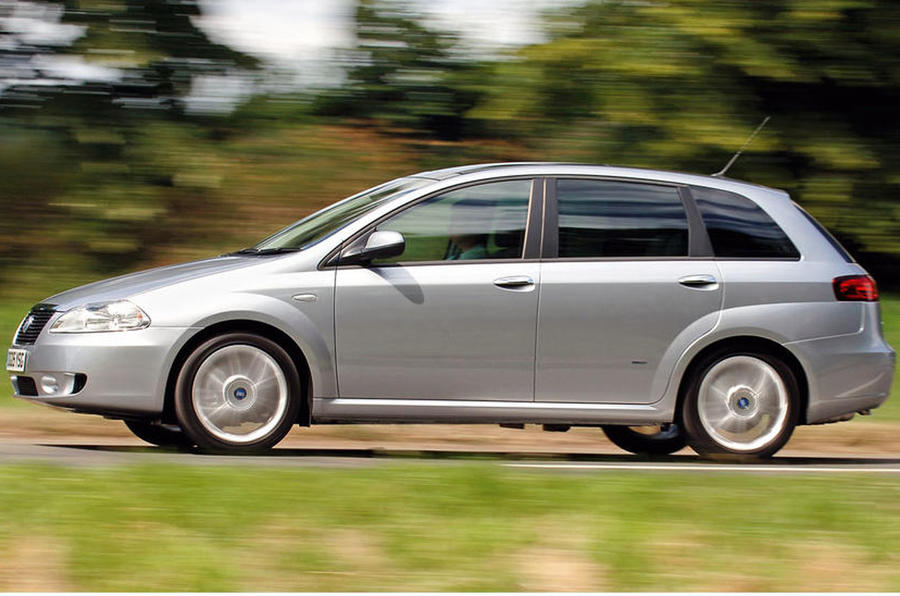 *Contains a handful of first-generation Cromas: dull, even less successful.

Grandeur is usually a rare commodity, and so it proves here…

It’s hard to know which Infiniti is which, so bland is its naming system. This one is a not unattractive SUV, and it was even available with a diesel. But that wasn’t enough, its risible sales an unfortunate portent for the brand.

Bigger than EX30/37 and still more striking SUV, but clearly not striking enough. 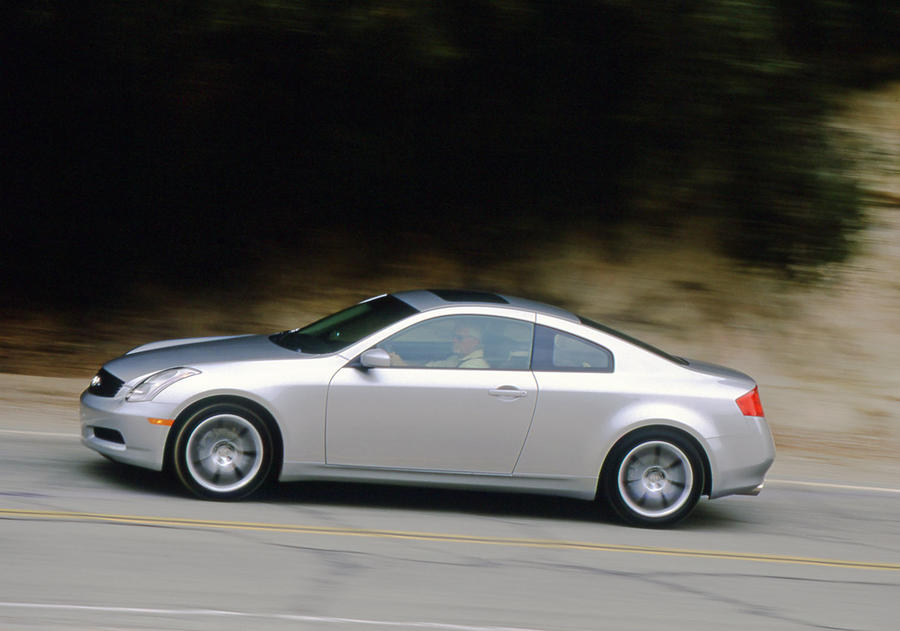 A 3 Series-scale coupé and cabriolet, more interesting used than new. 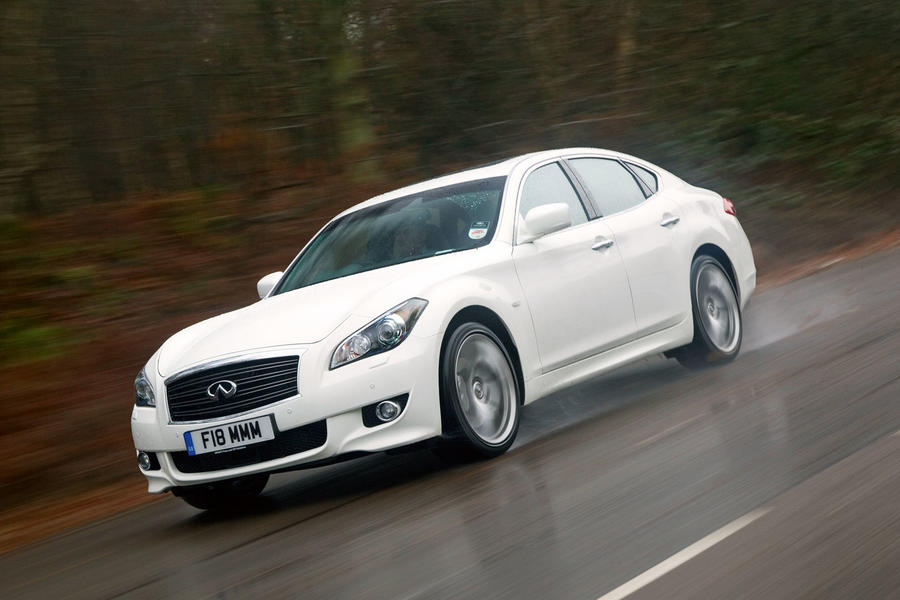 Another attempt at the 3 Series, this time even rarer. And dead already. 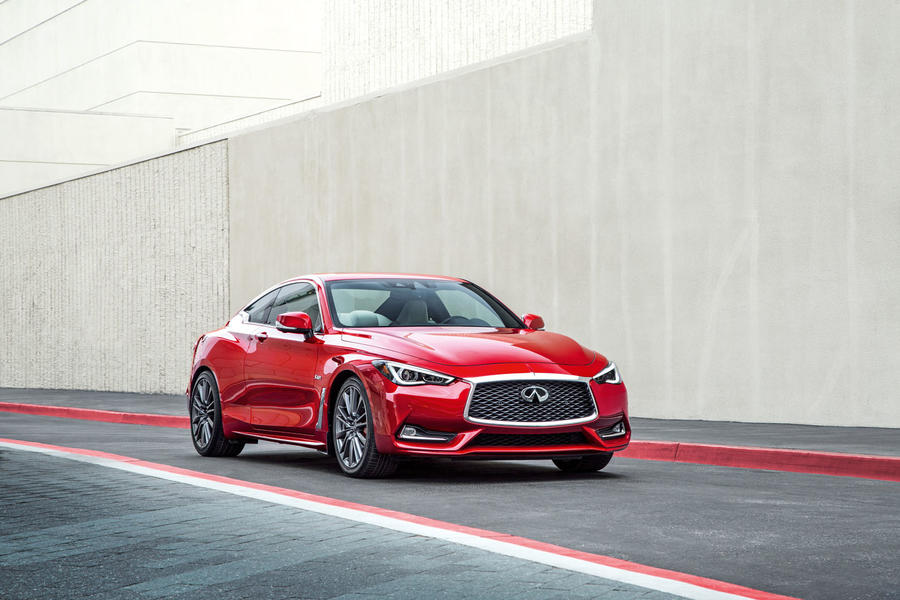 A large and shapely model carrying much kit. To limited avail.

An exciting Japanese take on the BMW M3, but only for 232 individuals.

It’s taken 10 years to make almost 800 sales, despite its many merits. Its big problem is Porsche, and a price that has risen, in real terms, over the years. 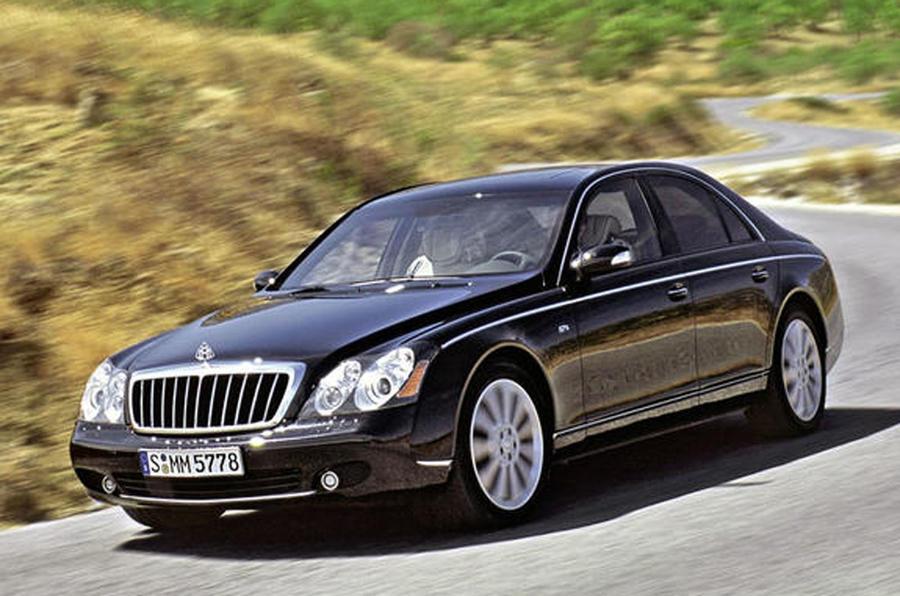 Daimler’s ill-judged attempt to counter BMW’s audacious acquisition of Rolls-Royce. Maybach was an almost unknown brand, but the main problem was this limo’s forgettable styling – it looked like a stretched Rover 75, but without the elegance. A few stretched egos bought them, though.

The first all-new product of the now Chinese-owned MG, the modestly stylish 6 was undermined by creaky cabin construction, a weird ignition key and sub-standard engines. Plus the fact that few realised MG was still alive, or could find a dealer.

MG Rover’s most ill-advised adventure (and there were many), the De Tomaso-based SV8 was ugly, unfinished and virtually unsaleable. It was quick, though, and its carbonfibre panels were of exceptional quality, unlike the interior.

This weird French cross between baby car, bus and van had a central driving position, sliding doors, electric drive and a range that more or less coincided with the moment when you’d had enough. It handled, though.

From this imaginative machine were spawned two French-flavoured variations in the Citroën C-Zero (a name to tempt fate) and the Peugeot iOn. None of the trio has sold well, although the EV market was tiny 10 years ago.

A cute throwback to the Minivans of the 1960s, and equally useless as a meaningful load carrier. A fine example of a vehicle that sits in a niche within a niche, this is the BMW Group’s one and only car-derived van. And it’s rare. 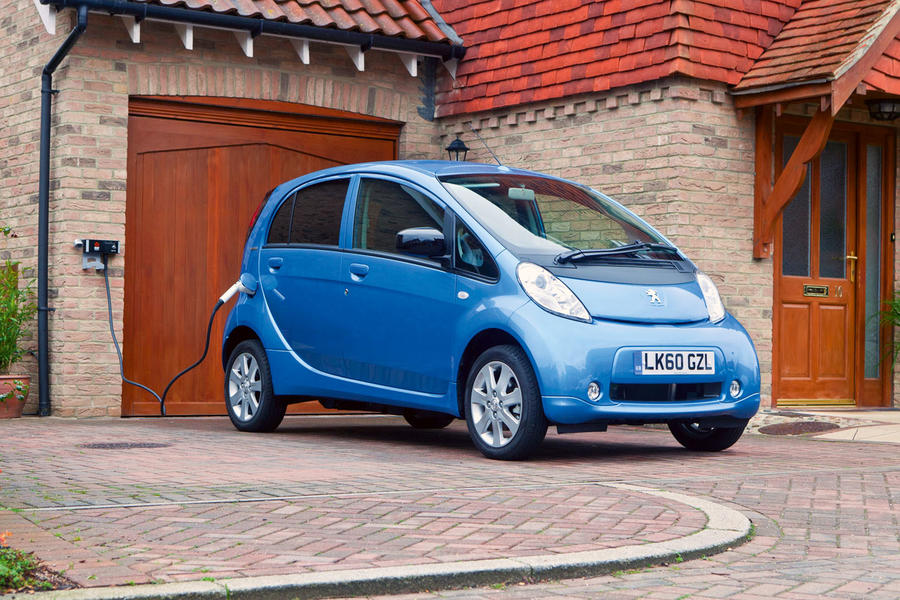 The least unsuccessful of the Mitsubishi-based EV trio, and it’s still on sale.

Impian: it means ‘dreams come true’ in Malaysian, but not in this case. But it was Proton’s first in-house car with Mitsubishi engines, and Lotus sprinkled some chassis stardust to sweeten the deal.

A luxury MPV coupé is about as useful as a garden shed with a bidet. But the Avantime has fans, who have a club. Partly conceived to occupy the Matra factory previously building the Espace, it achieved neither that nor the establishment of a new segment.

An electric Mégane saloon, the Zoe’s bigger brother had memorably ferocious low-speed acceleration, and an equally ferocious appetite for amps. A high price and the desirability of an extension lead soon killed it. The recent EV boom has lifted prices, though. 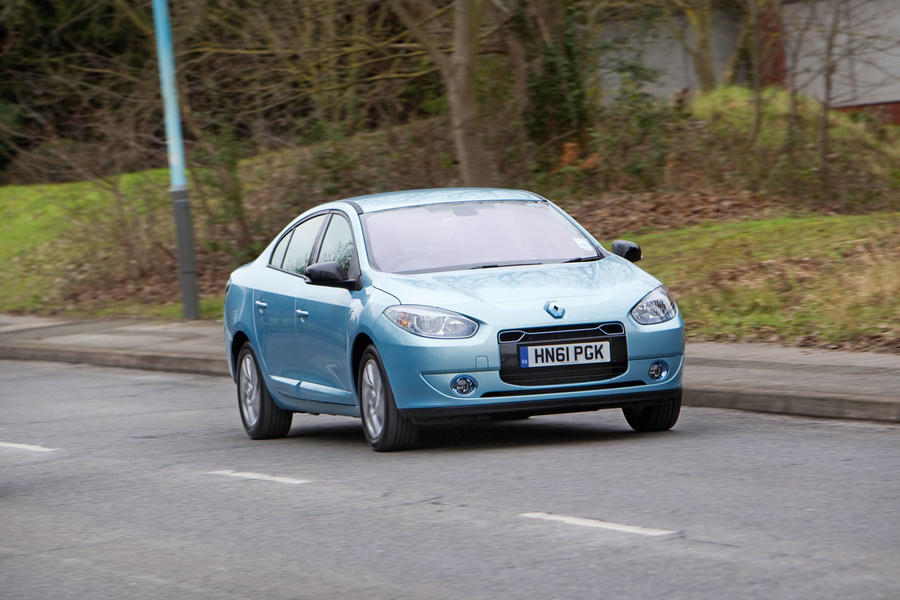 Renault’s last ambitious, expensive and spectacularly ineffectual attempt to beat the premium players. The Vel Satis was undeniably different and unexpectedly well-made, but instantly joined the sizeable car park of French automobiles that are too strange to sell.

An increasingly desperate MG Rover struck a keen deal to buy the Tata Indica, a rudimentary but serviceable hatchback, which it then (lightly) tarted up and attempted to sell for too much money. More interesting as a paragraph of history than a historical artefact.

Silly roofless, windscreen-free city car for sun-seeking, draught-loving, parking-constrained urbanites of unlimited cash resources. Of whom there are surprisingly few, these numbers suggest. Further deterrents to a sale included left-hand drive only, a high price and the need to house it undercover. 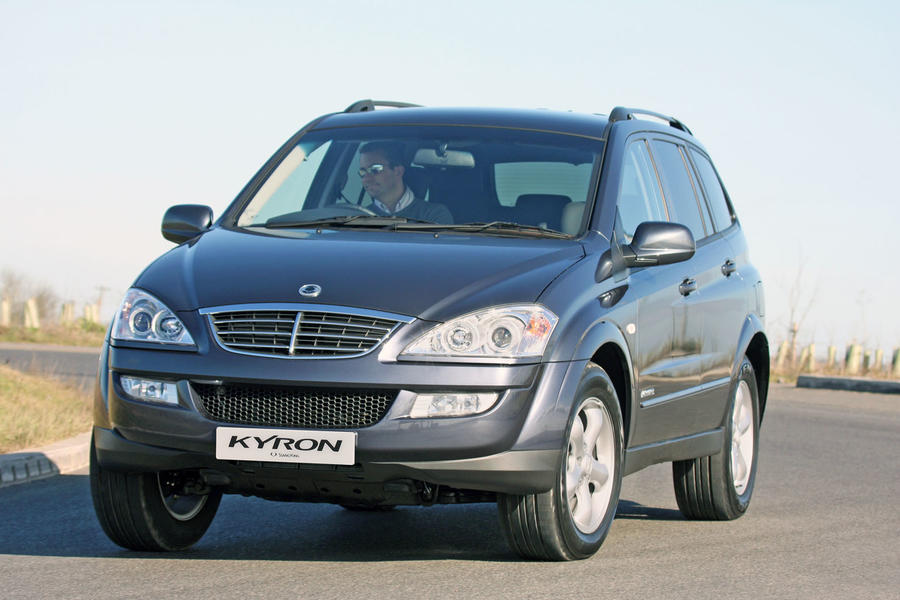 Tribeca is an exclusive suburb of New York. The B9 Tribeca is more exclusive than Subaru planned

A compact, sporty saloon for the US, the big-engined, sharp-of-chassis Kizashi momentarily seemed a good idea for the UK. But only momentarily.

Also available from other brands, the aluminium-chassis, composite body, mid-mounted engine and terrific styling made a modest hit of the VX220. The opportunity to buy the real thing from Lotus inevitably limited its impact, despite it looking better than the Elise. 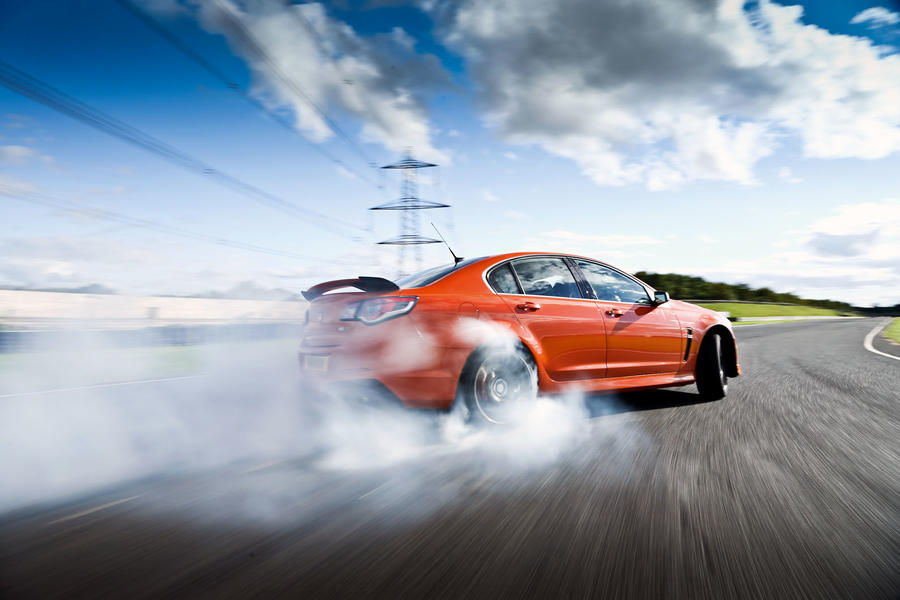 The intention was never to sell many of these muscular rebadged Holdens, and so it transpired. Instantly collectable, as the survival figures indicate.

Unicorns: the rarest cars you can buy​

An interesting article, though some of the paragraphs seem a little too mocking and scoffing, like a buzzfeed top 10 article. Every car has a story, a history, a reason for existing. A perfect article should detail this.

Not sure why Suzuki brought the Kisashi, but I'd imagine they saw a niche for a Japanese performance saloon with the axing of the 4 door Impreza.

surprised by the evora, i knew it started slowly but thought it'd picked up a bit! really think they need to make a "S1" spec elise with a honda s660 engine, tweaked to 100bhp... and a 20grand price tag

Okay, I'm baiting a little there, but wait a few years and lets see.