BACK TO ALL NEWS
Currently reading: Morgan ends steel chassis production after 84 years
UP NEXT
Future BMW M3 to be ‘groundbreaking’ EV with traditional feel

British maker will build cars on a light CX-generation chassis, after using time-honoured ladder ones since 1936
Open gallery
Close

The last Morgan to be built on a simple steel ladder-frame chassis has left the firm's Pickersleigh Road factory, 84 years after it made its debut under its first four-wheeled model, the 4/4.

The platform has been in near-continuous use since then, with production only pausing during the Second World War and the coronavirus pandemic, making it, Morgan says, "the longest-running production car architecture of all time, anywhere in the world".

The Plus Four 70th Edition was the steel platform's swansong. Featuring a gold-painted chassis, platinum metallic bodywork and a motorsport-inspired valance, it was priced at £60,995 and limited to a production run of just 20 models. Four examples had been completed before the factory closed as a result of the pandemic, but now the final model has been delivered to its owner, a Morgan collector.

In recognition of modern customers’ need for greater road ability, even in traditional sports cars, the company will introduce “a range of models” that will utilise versions of the light and rigid CX-generation chassis it introduced with the Plus Six in 2019. 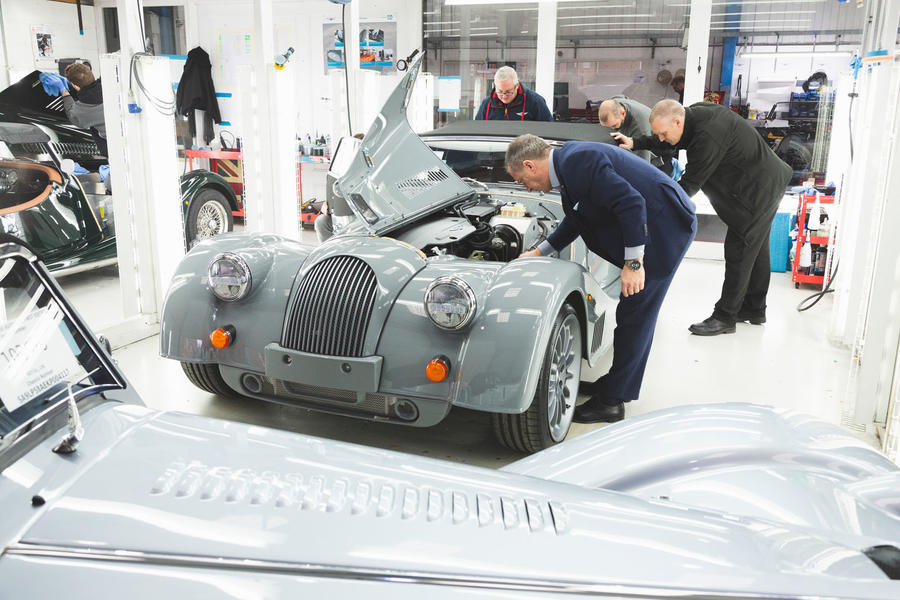 Developments include the opening last year of a modern and extremely spacious engineering and development centre (dubbed M-DEC, for Morgan Design and Engineering Centre) on a new site close to its Pickersleigh Road base.

Work is also under way on a major refurbishment of the Pickersleigh Road visitors’ centre, which annually greets 30,000 people, each of whom pays £24 for an expertly guided two-hour tour.

Morgan is extremely secretive about the exact specification of its forthcoming new models, though it is believed most will maintain Morgan’s classic look. The new Plus Four was revealed in March as the second model to sit atop the new CX-generation architecture. Using a turbocharged 2.0-litre engine from BMW mated to a six-speed manual gearbox, it shares just 3% of its parts with the old car, despite its familiar design. 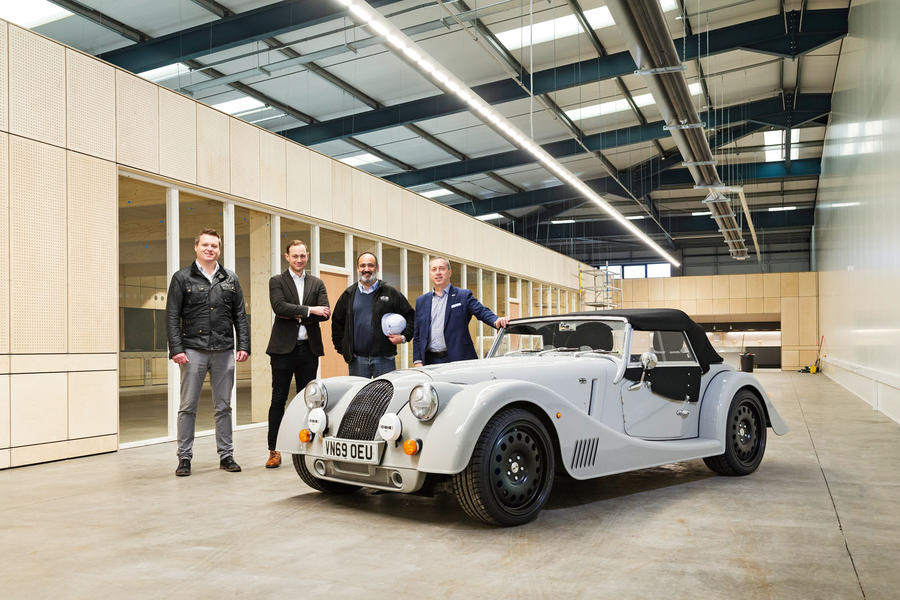 I watched a re-run of Wheeler Dealers wherein Edd China had to replace the chassis of an older Morgan. I was quite shocked at how flimsy it appeared to be - no stronger than some old bed stead even before the rust got at it!  For years Morgan were criticised for retaining age-old running gear which gave a pretty awful ride and heavy handling and I always wondered why Morgan didn't update the underpinnings while retaining the classic looks.  That appears to be exactly what it has done and athough I will never be able to afford one of its cars I really like the direction in which it is going.  I was so looking forward to a factory tour until this wretched virus thing ruined everything.

I reiterate my December 11