BACK TO ALL NEWS
Currently reading: McLaren adds second shift to production line, recruits 250 new staff
UP NEXT
Lotus Emira vs Porsche 718 Cayman

McLaren Automotive is adding a second shift to its production line and recruiting 250 new staff to cope with “unprecedented levels of demand for our cars”, in the words of chief executive Mike Flewitt.

The Woking-based sports and supercar manufacturer set a new sales record in 2015, as it has done every year since the company began car production in 2010. A total of 1654 cars were delivered to customers across 30 markets, with McLaren exporting 90 per cent of the cars it builds.

Significant growth was experienced among the most accessible Sports Series cars, which includes the 570S.

Despite only having started production in November, the McLaren retailer network is already holding over six months worth of orders for Sports Series cars.By the time the Sports Series range is complete in 2017, it will include two further bodystyles, with the Spider due in 2017 and a new shape set for the Geneva Motor Show in March, is expected to account for two thirds of McLaren’s total annual sales volumes. 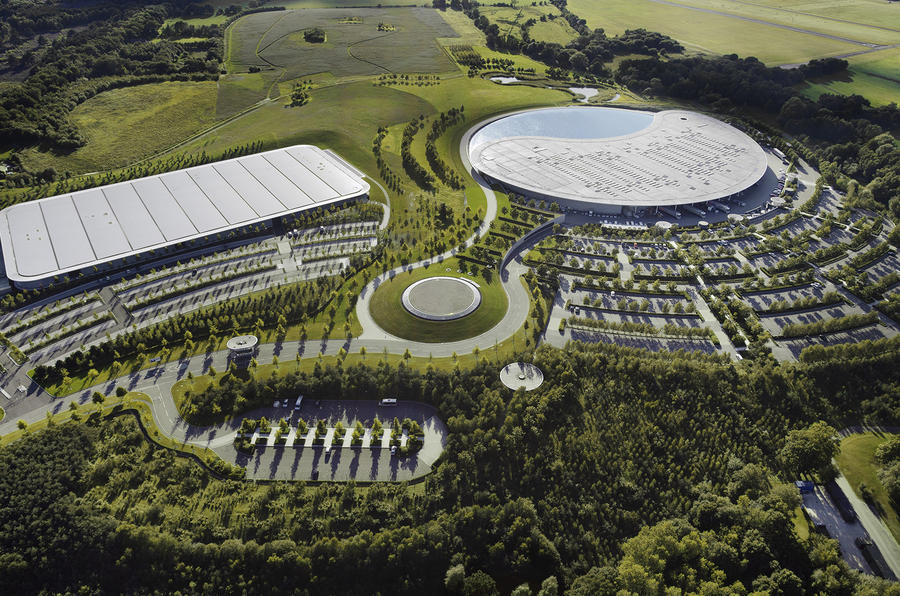 Mike Flewitt, McLaren Automotive’s chief executive, said: “2015 was a year of rapid expansion. When the company was set up in 2010, we set ourselves an ambition to launch one new car every year. In 2015, we launched five.

“This accelerated development has led to yet another record year, with unprecedented levels of demand for all of our cars, especially the new Sports Series, for which we are currently holding more than six months worth of orders.

“This goes to show that the team at the McLaren Technology Centre and around the world, together with our retail partners, are creating and building the world’s most desirable sports and supercars.” 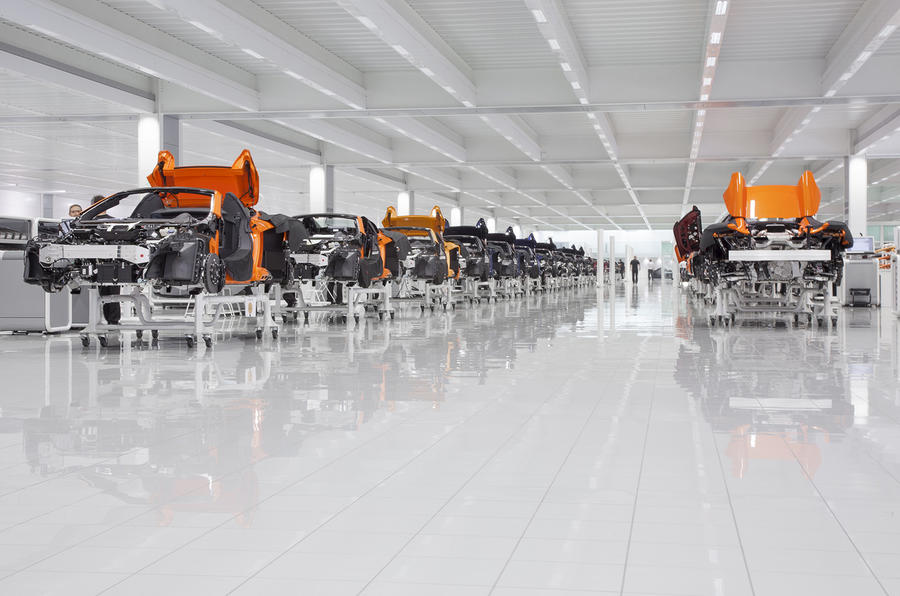 “We expect to see significant growth in 2016 and 2017, with the cars in our product range, the ones in the pipeline and this new production shift and recruitment drive will help.”

The second shift is scheduled to start in February 2016. The new roles will be created in the Production (200 jobs), Quality (30) and Logistics (20) departments as the company invests for its future, as the automotive division takes its workforce total to 1750. The recruitments will add approximately 40 percent to the existing headcount at the production facility and will take production rates from the previous 14 cars per day up to 20 cars per day by mid-2016.

The target is to build 4000 cars a year by the end of 2017, with 3000 set for 2016. Nash added that the facility has the capability to build 5000 new cars a year, which has left the door open to more limited run McLarens based on customer requests, as was the case with the P1 GTR and the 675LT Spider.

Alan Foster, executive director of operations, added that recruitment had already begun, with the aim of getting the new recruits up to speed by March, with McLaren introducing the 200 production workers in tranches of 33 to learn the craft on the production line.

“The need to add a second shift in the McLaren Production Centre is another great example of the progress that McLaren Automotive has made in its short history,” added Flewitt.

“I look forward to receiving the 250 new production team members into the company shortly.  All of these developments in 2015 give me a very positive sense of confidence that our product range and long-term business plans are heading in exactly the right direction.”

One model that is certainly not on McLaren's horizon is a mooted SUV to rival the Bentley Bentayga, Rolls-Royce Cullinan, Lamborghini Urus or the Maserati Levante. Nash says: "We have no ambition to build an SUV as we are a s luxury sports car company. It is not something we are interested in and our business model is robust enough to make us profitable from building 1500-1600 cars.

"Also there isn’t any customer demand for a McLaren SUV, and neither do we have the space at the production centre or enough expertise in that area to build one to McLaren standards."

Further development is planned in 2016 with the target set at 100 dealers, but the company maintains that the emphasis is on “controlled and sustainable growth within existing markets rather than significantly increasing the total number of markets covered”, as McLaren gears up to open its sixth showroom in Bristol.

The announcement of the production expansion at the McLaren Production Centre today was attended by Sajid Javid, Secretary of State for Business, Innovation and Skills.

Good news for job and investment in the UK. And kudos to McLaren for becoming a credible and serious player in the commercial super/hypercar sector in such a short period.
Cobnapint 8 January 2016

Home of the most desirable prestige sports/supercars, brightest British engineers, and brightest production line too by the look.
Saucerer 7 January 2016

McLaren in the WEC. Now that would be something

I for one would love to see McLaren enter the WEC, either in the P1 class or the GTE class. McLaren has already proven itself on the road, and with considerable success too, eclipsing almost every other rival, but the WEC would really be the opportunity to show the world their mettle and ability as well as proving those, who still have lingering doubts about McLaren's cars, wrong. Formula One is show the world who the best driver is, sportcar racing is there to show who makes the best cars and to show who are leaders in automotive development and technology. And you just know McLaren would hit the ground running in the WEC.
bomb 8 January 2016

Saucerer wrote: I for one

I for one would love to see McLaren enter the WEC, either in the P1 class or the GTE class. McLaren has already proven itself on the road, and with considerable success too, eclipsing almost every other rival, but the WEC would really be the opportunity to show the world their mettle and ability as well as proving those, who still have lingering doubts about McLaren's cars, wrong. Formula One is show the world who the best driver is, sportcar racing is there to show who makes the best cars and to show who are leaders in automotive development and technology. And you just know McLaren would hit the ground running in the WEC.

Why would they need to? According to you (or was it you writing as Roadster, can't recall) the McLaren P1 can already lap Le Mans faster than the LMP1 919 and R18.