BACK TO ALL NEWS
Currently reading: Analysis: These are the hidden costs of EV range
UP NEXT
New Volkswagen CEO Schafer to make brand "loved" again

Despite the vast advances in electric car technology in recent years, range anxiety remains an issue for prospective buyers. A survey last year by the Transport Research Laboratory (TRL), for example, showed that only 50% of consumers would consider an EV as a main car if it offered a range of 200 miles, but that figure rose to 90% if the range increased to 300 miles.

That’s reflected in the success of cars such as the Hyundai Kona, Jaguar I-Pace, Tesla Model 3 and other models with ranges close to or exceeding 300 miles – and several EVs with even longer ranges are planned.

But adding more lithium ion batteries to increase range comes at a price: they add to the cost of EVs for consumers, and the extra weight affects the dynamic performance of the vehicle while reducing its efficiency. And, crucially, adding more batteries adds to the CO2 used to produce an EV, in turn impacting one of their key environmental benefits.

Some car firms have now started to push back against the trend for bigger batteries. Mazda recently launched its first electric production car, the MX-30, which has a 35.5kWh battery offering a claimed 124-mile range. While the range is smaller than that of most of the MX-30’s electric SUV rivals, the firm’s European R&D boss, Joachim Kunz, says it was developed with the concept of “right-sizing” in mind.

“We don’t believe a very big battery, which means a large and heavy vehicle, is the right direction for the future for two aspects: the environment and for being fun to drive,” said Kunz. He noted Mazda’s emphasis on reducing ‘well-to-wheel’ CO2 emissions, which provides a measure of the total CO2 used during a vehicle’s creation and lifespan.

“Battery production comes with very high CO2 emissions from the material extraction and production,” he said. “This ‘backpack’ is much smaller if the battery is smaller, and during usage the energy consumption is lower because of the reduced weight.”

Mazda settled on the MX-30’s range by researching vehicle usage among its customers, balancing it against vehicle dynamics and production CO2 output. “We believe the normal usage is customers charging at home in the week, but for longer trips the range is sufficient to reach the next public charging station,” said Kunz.

In the UK and other markets, Mazda is developing a range-extender version of the MX-30, featuring a small rotary engine, which the firm says will offer similar range to a current petrol car but with less overall environmental impact than an EV with similar range. 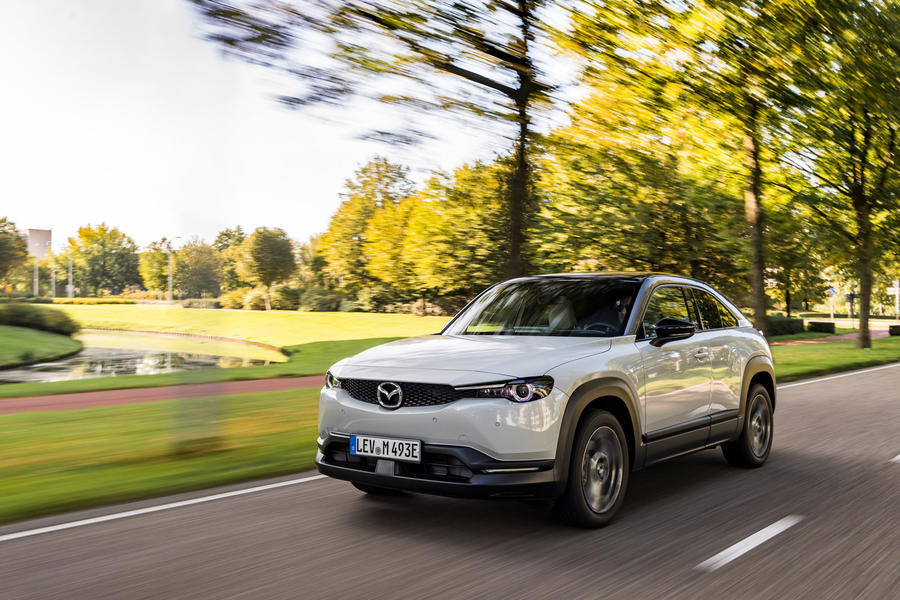 Mazda’s decision is backed by data from the UK government’s National Travel Survey. It showed that the average car journey last year was 8.4 miles – a figure that hasn’t changed since 2009. Meanwhile, RAC Foundation research found that UK drivers average 10,377 miles a year – around 28 miles a day – with EV owners averaging 9435 miles.

Mazda isn’t alone in its stance. Volvo spin-off Polestar – which recently published data showing the CO2 impact of its EV production – is readying a production version of the Precept concept. Polestar boss Thomas Ingenlath hinted the car’s range would be around 300 miles in order to be “competitive” in the market but added the industry “cannot drift away in that race for range and really get into an irresponsible direction.”

He added: “If you talk about making a car more efficient I’m all for it, but if you’re just packing in more and more kilowatt hours just to make the best range, it doesn’t help us get closer to a sustainable car.”

Ingenlath said the focus should instead be on creating fast-charging infrastructure to allow cars to be charged more quickly and more easily.

Through actions such as releasing its cars’ CO2 production impact and increasing the use of recycled materials, Polestar has made sustainability a key part of its marketing push. The question is whether buyers agree. According to KPMG’s Global Automotive Executive survey, 98% of industry executives see sustainability as a key differentiator, compared with 83% of consumers. 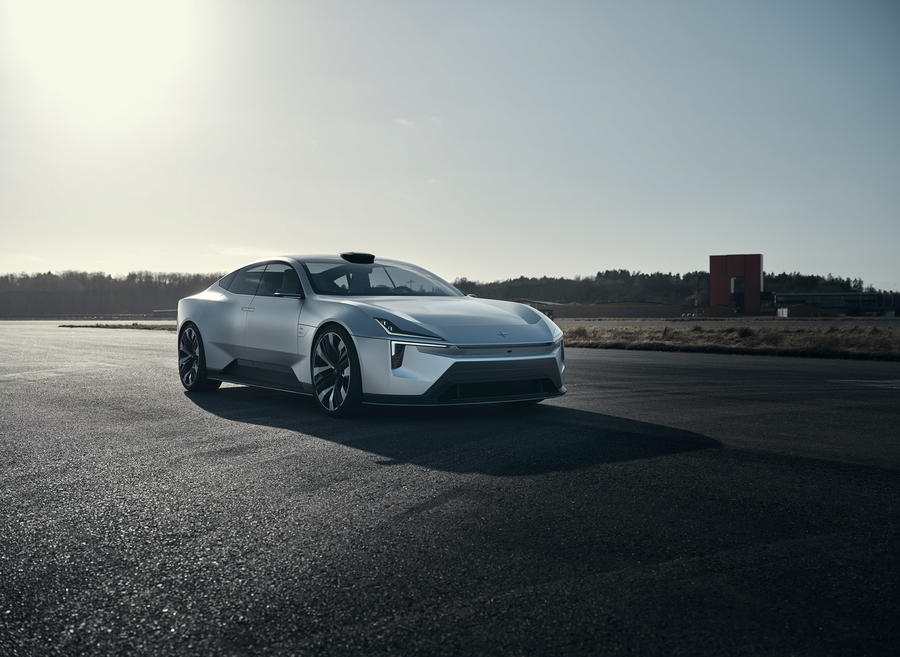 The survey found that 42% of executives and consumers felt sustainability would become a product feature, with KPMG suggesting car makers should publicise the CO2 impact of a vehicle’s build to – as Polestar is doing. But the challenge will be getting consumers to agree that sustainability is as important as a long range when considering an electric car.

An industry hedging its bets

Mazda, like many other car makers, is not committing fully to electric cars. Instead, it is adopting a ‘multi-solution’ powertrain strategy that will allow it to vary its offering according to market demand and needs.

“Customers who drive longer distances won’t buy an EV anyway: they’ll go for a hybrid or plug-in hybrid,” said Mazda’s European R&D boss Joachim Kunz, who added that such vehicles would be key in countries with minimal EV support infrastructure.

Mazda has also invested in research into renewable synthetic fuels, which could allow combustion engines to run without emitting CO2 – which, Kunz noted, would make them as clean, or cleaner, as an EV.

As someone who has owned an EV I agree, to a point, that range isn't everything. On long trips it's the total journey time which is most important. I would personally have a lower range as long - and this is the big one - that charging time was fast. By fast I mean 'at least as good as an etron' type fast. If you haven't got a really fast charging capacity then you need more range so that few journeys need recharging.

The issue from what I can see for the Mazda is that it neither has a good range nor a fast charging time. My old early i3 was like this. It was perfect for short journeys but apart from that it wasn't great. We needed a petrol car as well. Personally if I wanted this type of car now I'd buy an old i3.

Of course you could do some

Of course you could do some maths with the Tesla environmental impact report and work out that a Model 3 costs 14 tonnes of CO2 to make which is basically inline with a regular car on a per kg basis.

A smaller battery means more recharges in the vehicles lifetime, which means than you need to cut back the energy density of the battery which then cuts into the mass savings.

Hint the largest and most sucessful EV manufacturer might know what they are doing, must say I never find myself driving around thinking I wish I had less range and performance (which you get when you downsize the battery).

.............when I can do in one my regular 500 mile trip to, from and around my business area, in a day. With all credit to the automotive engineers who have worked tirelessly for over 30 years to have my "distance to empty" show 850 miles when filling up after such a trip - during which I have far more constructive things to do than to sit waiting for a battery to charge.