BACK TO ALL NEWS
Currently reading: How new CEO Linda Jackson will redefine Peugeot
UP NEXT
Volkswagen ID Aero is EV Passat equivalent with 385-mile range

Peugeot is undergoing one of the most drastic transformations in its storied history, and new CEO Linda Jackson – who was until January 2020 at the helm of sister brand Citroën – is in charge of making it a success.

Speaking exclusively to Autocar, Jackson revealed how Peugeot can become high-end but remain accessible, why the brand’s performance in China must be improved and what to expect of future products.

How have your first two months at Peugeot been?

“I’m taking over at Peugeot when it’s already in very good health; the market share is increasing, the image and awareness are increasing and the range is great. But there are always still things to do, and the one thing that I really want to do is to continue the momentum in Europe while growing us even more internationally.

“In 2020, we grew in five of our six regions; the only one where we didn’t was China. But there’s still a big opportunity for us internationally, with the complete range we have: very strong SUVs but also some models developed specifically for international markets – for example, the Landtrek pick-up truck for South America, the Middle East and Africa.

“In China, I have no excuses. We aren’t at where we need to be, and we’re basically rebuilding the model in China. We have some models we’re launching there that have been prepared especially for that market – for example, the 508L [saloon] and the 4008 [SUV].”

What does Peugeot need to do differently to other Stellantis brands?

“It doesn’t need to do anything differently to what it’s currently doing. There’s already a very distinct difference in terms of approach, not only in positioning but also in the types of vehicles. If you take the Peugeot 3008 and the Citroën C5 Aircross, for example, you have two vehicles on the same platform but with completely different approaches.

“It’s about Peugeot continuing what it’s doing; our positioning is different, and it’s a recipe that’s working. And when we look at customers, they’re different. It’s the same as comparing Opel’s customers with Peugeot’s: they’re not looking for the same thing. When people buy Peugeots, it’s because they like the design, which is different to a Citroën or Opel design, and then inside we have the famous i-Cockpit.” 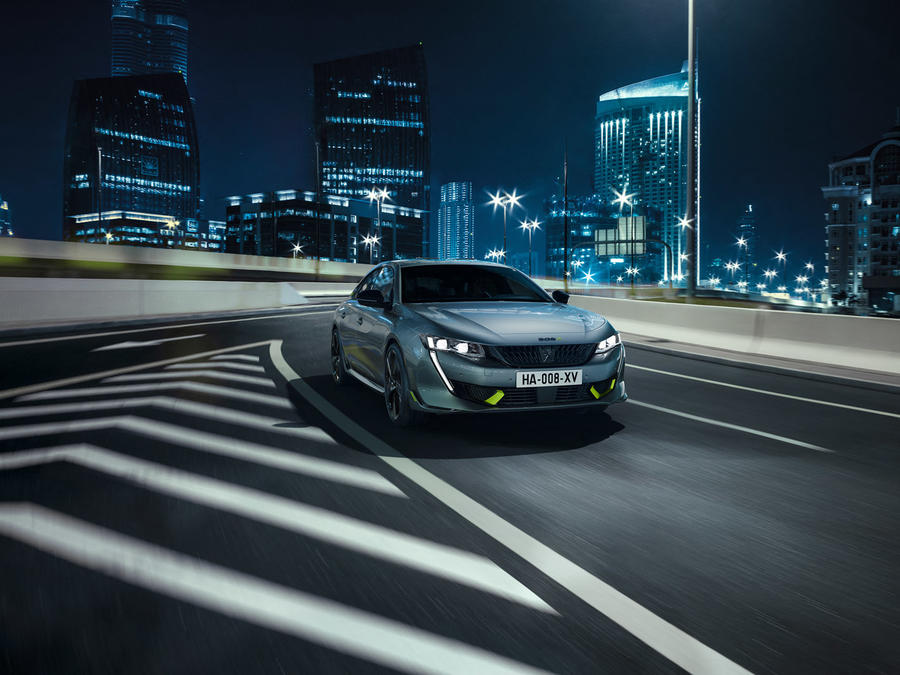 “I want us to be a ‘high-end generalist’, because that still remains accessible to a large amount of the population, and I think that’s the whole point. Of course, we’re creating value and moving upmarket from where we were, but we’ve taken 10 years to get there, and the benefit of that isn’t just for us but also for customers. When I look at the mix of upper-end versions, it’s at least a third, so customers are generally choosing that. But the Peugeot 208 is accessible to ordinary people on the street, and that’s very important for Peugeot.”

Peugeot’s new logo builds on its heritage. Could you ever be tempted to explore retro cars?

“Everyone asked me that when I was at Citroën, and I will give exactly the same answer for Peugeot: I’m always slightly wary of trying to recreate something that was a fantastic experience. Our history is important, and what happened in the past inspires for the future, so yes of course you may take certain inspiration from the past. But going back and creating a retro version of something? I’m not sure that shows your innovativeness. Peugeot is very inventive and innovative, and I would prefer to show very modern concepts moving forward.”

What do you hope to get from Peugeot Sport Engineered?

“Obviously there’s a sales opportunity, otherwise we wouldn’t be doing it, but it provides two key things: one is a bridge from the sports programme we’re doing, and the other is that Peugeot Sport does a lot of laboratory work for future technologies.

“But thirdly, it shows you can still get performance but be protective of the environment. That’s a strong message: it should still be fun to drive cars. I like driving cars; I’ve driven the 508 PSE at Le Mans, and I enjoyed it immensely.”

“We’re in reflective mode at the moment. It’s not simplistically about the Peugeot 108; it’s about what we do about small cars and mobility. Many downtown areas will ban ICE vehicles, so we have to find a solution that’s not ICE, but is it that size? Is it smaller? I don’t know.

“We have links with other companies that produce Peugeot cycles and all sorts of things, but I think we need to really take the time to think about what we’re going to do. The segment isn’t as simple as the old A-segment, it’s all about: ‘What’s the next solution for urban environments?’ And I haven’t got the answer yet.”

@LucyP. To compare Peugeot with Dacia, does that even sound logical? Remember everyone starts somewhere - even Audi started as a leftover shell of a company with terrible handling cars.The facts are that Peugeot customers are going for more premium versions of their model mix and are willing to pay higher.  Look at the allure versions of each submodel in PSA which have been a success as evidence of steps towards premium. Or does the newly found success for Peugeot really hurt you that bad? Dont worry therapy is available.

More corporate nonsense. Do they all attend the same marketing course and trot out the same lines? How long will it be before we hear that Dacia want to produce a "high end" model, to rival Audi?

And apparently when they look at Peugeot customers, they are different! (Do they look different perhaps?) Apparently, they are not looking for the same thing as an Opel (Vauxhall) customer! Does she really believe that? That a customer who is in the market for a 5 door family hatchback does not look at a 308, Astra, Focus, Golf, etc. etc? The only different customers are the ones who want a GTi type vehicle, and they won't look at Peugeot or Vauxhall, because unlike VW and Ford etc, they don't make one!