BACK TO ALL NEWS
Currently reading: Peugeot e-Legend: how the popular concept will influence the maker's future
UP NEXT
2025 Mercedes-AMG EV sports saloon to rival Porsche Taycan

Peugeot e-Legend: how the popular concept will influence the maker's future

Peugeot's retro-inspired EV is more myth than legend. But we've been finding out which parts will make production
Open gallery
Close

Philippe-Emmanuel Jean – Peugeot’s brand plan and concept car strategy chief – gets out the answer before I’ve even asked the question. “Of course, this car won’t be produced,” he says. “It wasn’t developed for that.”

So that’s the short of it. No, they’re not going to build the Peugeot e-Legend concept. Having been to the two biggest motorshows in Europe and several elsewhere since its debut last autumn, what you’re seeing here is the post-event tour; the closing credits. Like Ferris Bueller said: “You’re still here? It’s over. Go home.”

Pity. Because the e-Legend sparked interest like few other concepts after it was launched. Somebody even set up a petition urging Peugeot to build it. But then it does have rather a lot going for it. 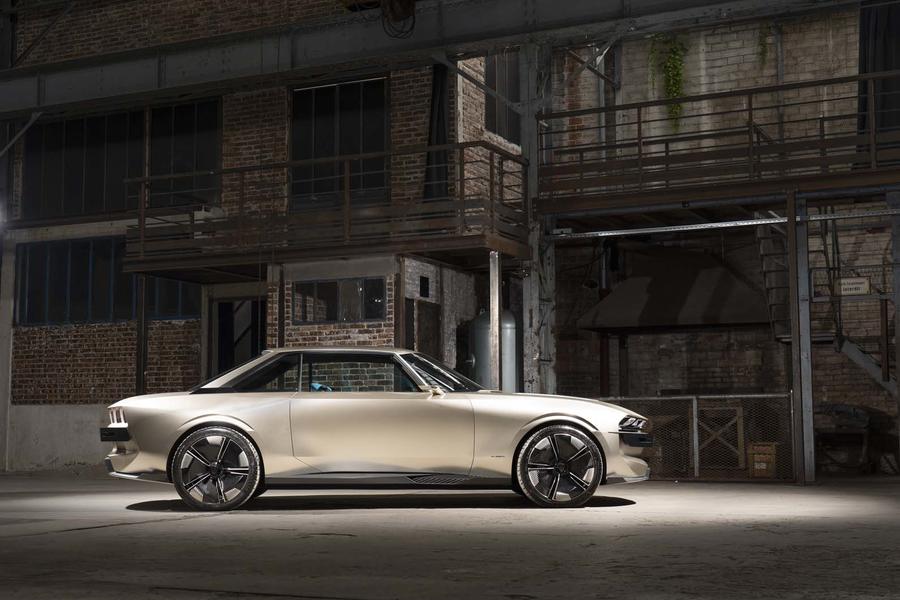 Mostly its looks, it’s reasonable to say. This does, after all, look like a car a manufacturer could build. Inspired by the 504 coupé from 1969, it’s an extremely pretty 2+2 hard-top, built over the course of a couple of months from carbonfibre, at the end of a project that lasted a year.

It was made to highlight that two ‘coming’ things, ‘autonomy’ and ‘connectivity’, can be wrapped in something “attractive and sexy”, says Jean.

It’s electric, too. Obviously. The headline stats say there are two motors, one at each end, totalling 456bhp and giving the e-Legend a top speed of 137mph. Meanwhile, 100kWh of batteries underneath the floor would provide a range of 370 miles. 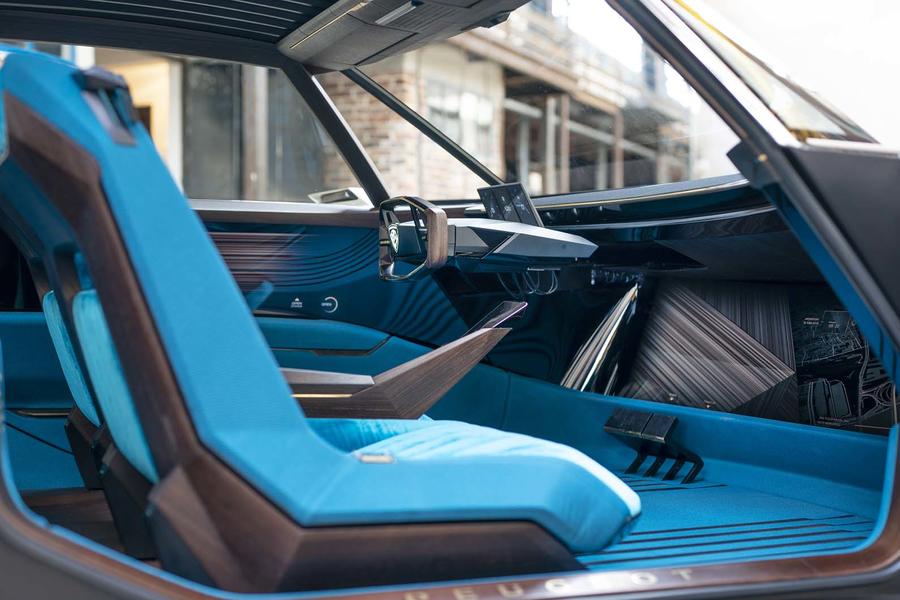 An estate body takes the edge off the 508’s style, yet doesn’t address all of the car’s practicality limitations

“For our designers and engineers it’s important to show where we’re going,” says Jean. It looks like it could be put on the road and, at 4.6m long and 1.9m wide, it’s the right kind of size to be, too. “It’s important to work at a realistic size, because this is what we are developing,” says Jean. But in truth, the e-Legend really is a little more sedate. This one-off concept only has one electric motor, a top speed of around 6mph and is radio-controlled by one of its makers, who follows it around with a handset.

A few companies make a distinction between a show car and a concept car. “We presented 508 Peugeot Sport Engineered Concept,” says Jean, a car that will go into production next year. “This is much more prospective. Everything is close to a production car outside; the interior is much more a vision of the 2030s.” 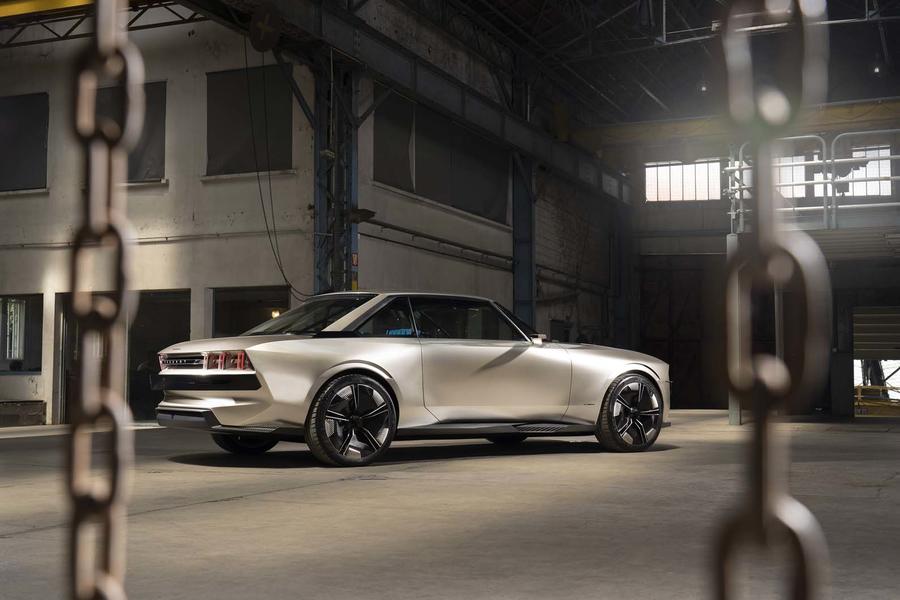 He’s not wrong. When you look at its outside, you can’t tell it’s carbonfibre; it just looks brilliantly, expensively, but realistically, finished. There are neat details like single piece protruding bumpers, whose floating middle section flexes – something usually hidden within a vast plastic moulding made into a feature. The windscreen and rear screen are each made of three glass pieces, because you can’t mould glass as easy as acrylic (which is why so many use it), but glass looks more like the real thing. There are highlights, too, such as the 3D-printed sill details that look like electrical heat sinks, which hint at the electrical gubbins beneath. Outside, then, this looks like a car you could drive. And would rather like to.

Inside, things are rather more removed from reality, albeit pretty lovely. “Everything is made to feel like an extension of your home,” says Jean. And although the steering wheel retracts into the dashboard and there’s a vast near-50in screen across the footwell so you can watch a film while it’s in autonomous mode, there’s genuine relevance here too. “With each concept car we submit five to 10 patents,” says Jean, including, here, how the velvet upholstery – in a 504-aping blue – is joined to the technical fabrics around it. And what arrives on concept cars now, makes production cars later: Peugeot’s i-Cockpit and the 3D elements to the 208’s latest iteration both featured in concept cars first. “We want to make it as realistic as possible, because it has consequences for future cars,” says Jean. “The team that worked on the e-Legend’s HMI [human machine interface] are the same team that are working on production cars.” 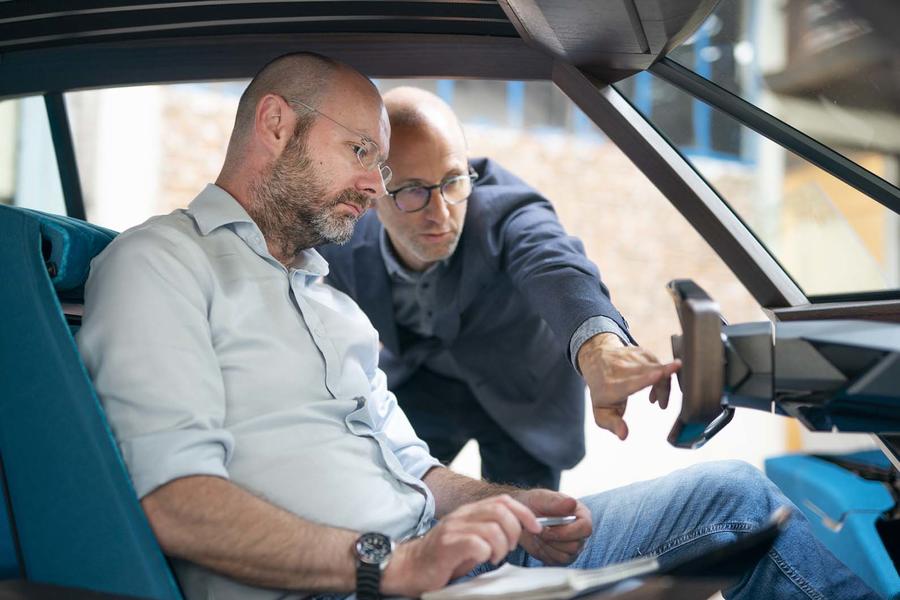 Pity, then, that this isn’t going to be one of those production cars. Jean and others speak “with regret”, but as the car continues its world tour, it is, at least, doing what it was designed for. “People are not close to autonomous technology and electric power,” says Jean. “People need to see it can be a pleasure to have an autonomous car. It needs to remain sexy and really Peugeot, and it shouldn’t remain boring, a pod without personality.” 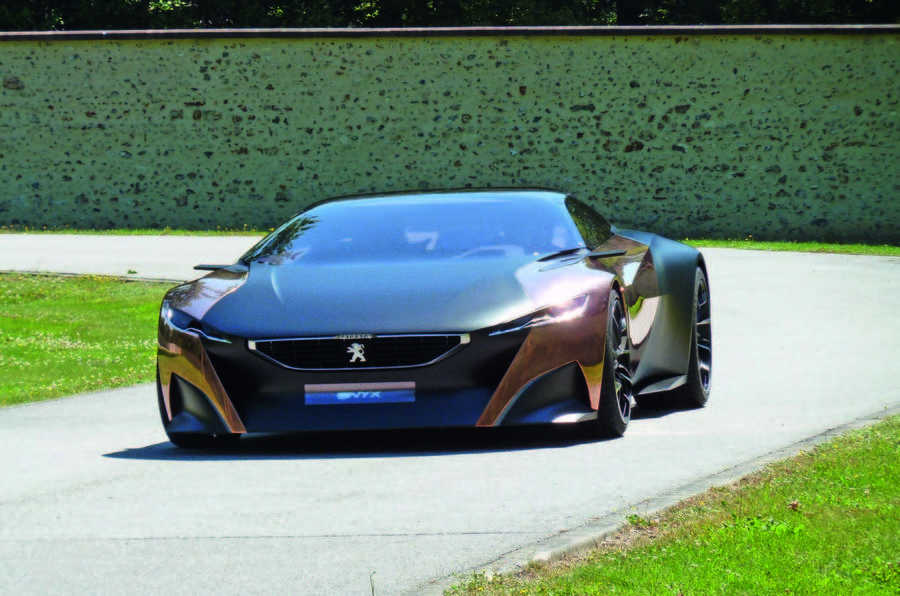 Onyx: Explored new natural materials for the interior, further developments of the i-Cockpit driving position, and a duo-tone exterior that’s the hallmark of Peugeot’s sport models. Completely coincidentally it has a mid-mounted V8. 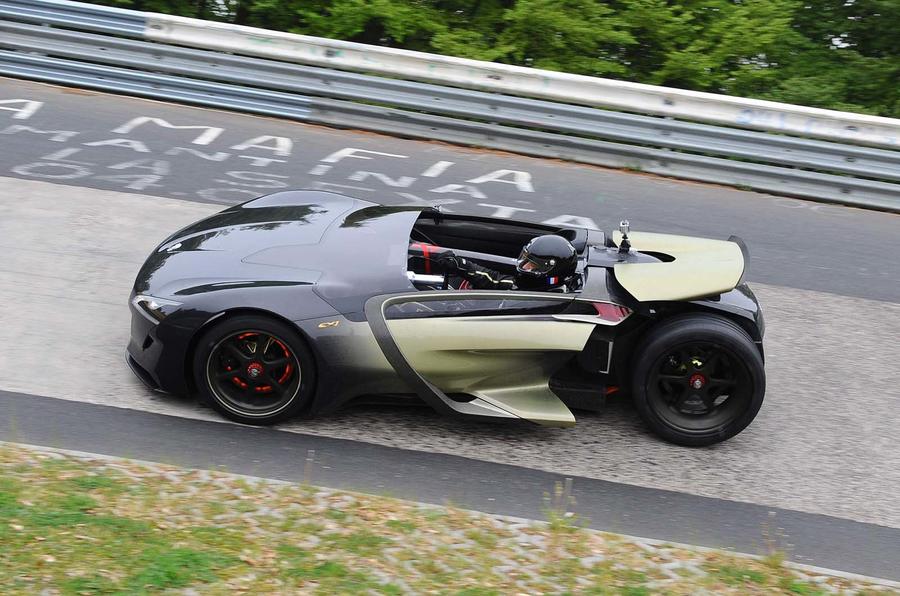 RC Concept: From 2002, this was another mid-engined sports car, but actually paved the way for a production car that followed. The RCZ was based on more straightforward mechanicals, but retained much of the RC Concept’s bold appearance.

The article says nothing

The article says nothing about the ultra thin pillars which hugely improve visibility. Are they feasible? Or they are silent because it's all fantasy?
Tom Chet 8 July 2019

abkq, I agree with your point about the pillars.  There must be a better way to improve the visibility out of modern cars than by using cameras and video screens (even in the rear view mirror?!?).

Any list of Peugeot's best concept cars must include the Quasar and the Proxima.  See here: https://www.topgear.com/car-news/concept/here-are-peugeot%E2%80%99s-wildest-ever-concept-cars#2