BACK TO ALL OPINION BLOGS
Currently reading: Matt Prior: Why lane-keeping assist systems need a rethink
UP NEXT
Estate cars: In celebration of a dying breed of car

Matt Prior: Why lane-keeping assist systems need a rethink

I suppose it’s the closest most Audis get to having steering feel. Arf. Sorry, too easy. But the lane support system on the new A3 Saloon is as annoying as lane-keeping assistance often is.

Look, I get it. People don’t pay attention when driving, they veer from their path and they crash, so support systems exist to read the road ahead. They inspect upcoming white lines and road edges and give warnings, gentle pushes, wheel vibrations or even bigger steering inputs if it looks like the driver is leaving their lane. Commendable.

And also often infuriating. The system that can tell the difference between a distracted driver veering from their lane because they’re trying to change the temperature via a touchscreen and a driver who is concentrating and picking an efficient line while using a little more of the road doesn’t yet exist. So drive a new car for a while and you will discover these systems are needlessly pushing back at you all the time.

If you ask a manufacturer about this, you will be told something like: “Don’t blame us, mate, it’s all this Euro NCAP and legislation.” Which is sort of true, except when it isn’t.

There are three parts to lane support systems: lane departure warning, lane-keeping assistance (automatic steering correction) and emergency lane-keeping (a more strenuous automatic steering correction for if you’re going to leave the road or veer into an oncoming car). But manufacturers tend to wrap them all under one system, with one name, in a car. Turn one of them on or off and you turn all of them on or off. 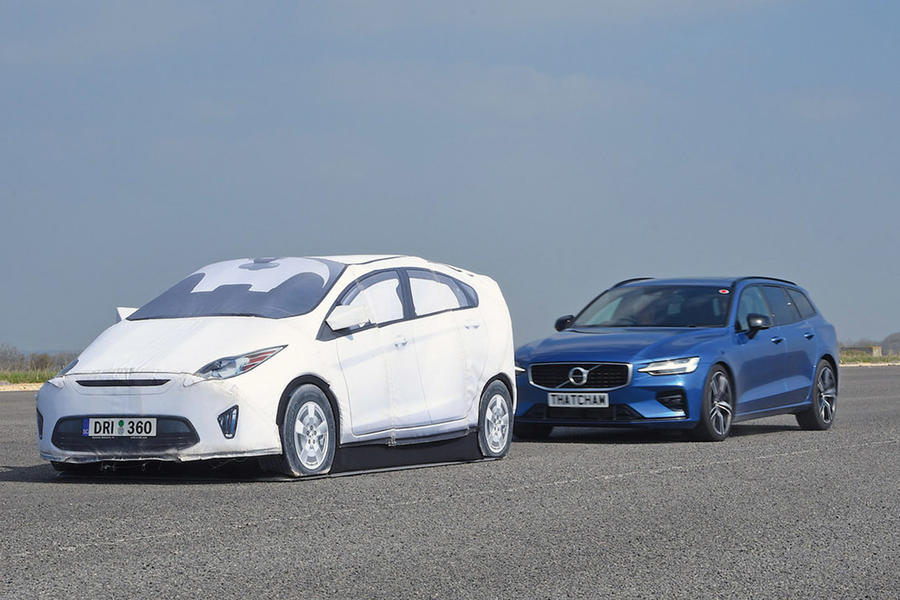 Lane support systems aren’t mandatory, although they will be on new cars from 2022. Just as significant, though, is that they form part of the star rating awarded to a car by Euro NCAP, the European car safety rating agency.

And even if the system isn’t mandatory, you can’t discount the clout of Euro NCAP, whose ratings sometimes dictate whether or not a car is bought. Just one example: when Transport for London buys cars and vans, it “endeavours to choose vehicles with an NCAP at the optimum rating”.

It’s understandable, then, that these systems are already fitted to all new Volkswagen Group cars, given that this is a company that has a lot of public trust to rebuild and wouldn’t even like to be found accidentally putting some printer paper in the landfill bin these days.

But still. It doesn’t have to be like this, where disabling a system is four button pushes away or hidden away in a touchscreen submenu.

Euro NCAP’s requirements for scoring points towards the total say that only the emergency lane-keeping part of the system “needs to be default on at the start of every journey” and that “deactivation of the system should not be possible with a momentary single push on a button”. That means a single extended push of a button would be acceptable, or even that momentary pushes of two buttons would be fine.

The idea of this technology is to help us all, when it’s appropriate. But the harder you make it for a driver to turn it off for conditions when it’s not, the less likely they are to turn it back on again when it is.

Log in or register to post comments
jameshobiecat 8 April 2021
I've had enough of the emergency lane keep assist on my car, I have been getting several steering interventions per day on rural roads; twice, as I use the margin at the side of the road to pass another car, it has tried to steer me in to the path of said car! It also regularly triggers when the edge of the road is poorly defined or I am using the full width of the road to either straighten my line or leave a margin for a potential hazard.
Whilst the feature can be turned off it reverts to on with every ignition cycle and the setting is buried about seven layers down in the touch screen. My solution has been to tape over the camera in the windscreen, it's early days but seems to have worked. I've lost a number of other features like Adaptive high beam, Adaptive cruise control, AEB etc but that's a price I'm willing to pay to avoid a head on collision.
The Apprentice 12 August 2020

Fortunately my Toyota lets me

Fortunately my Toyota lets me switch off for good all of them except lane keep assist which I can switch on as required from the steering wheel. I use it every day and will never buy another car without it, and radar cruise control. It just makes the chore of motorways so easy as long as your willing to chill your driving back a bit and arrive 10 minutes later.
david RS 10 August 2020

For me, at the moment, it is

For me, at the moment, it is just a disturbing and irritating gimmick.On the other hand, what should be mandatory in view of current traffic and the lack of rear visibility of modern cars (where is active safety ?), it is the blind spot warning.