BACK TO ALL OPINION BLOGS
Currently reading: Matt Prior: Why axing Geneva could have long-term impact
UP NEXT
Opinion: Can Uber sustain its business model with a bespoke electric car?

Matt Prior: Why axing Geneva could have long-term impact

Coronavirus has forced one of the world's largest motorshows to pull the plug, but news will flow regardless
Share
Close
Share story

As I write – Friday morning, a bit behind deadline, obvs – the last show standing, as we imagined the Geneva motor show would be, has been cancelled. Although not for the reasons that motorshows are usually afflicted.

Geneva is worried about us catching a virus. Other motorshows, like the British one we don’t have any more and the formerly massive biennial Frankfurt one, are suffering their own malaise.

They’ve been affected by the internet, which is now the preferred way people research and ingest stories about cars, rather than traipsing around a hot, harshly-lit show hall where a coffee is four quid and a show stand costs a manufacturer more than £1 million.

If you’ve recently seen a clever viral (sorry) car advert or video, or some astutely targeted social media posts, it’s where the smart car show money is going instead.

But Geneva, the thinking goes from a lot of industry people I talk to, is exempt. They like that it’s on neutral ground, that stand space is limited so seeing the whole thing and talking to who they need to is doable, and that it’s easy to get in and out of because it’s right next to the airport. Hence the most important people and cars, as a rule, tend to be there.

But throwing 200,000 people from all over the world into two hot rooms in close proximity isn’t that clever right now. Organisers had been reluctant to cancel because it’ll be hard on those who’ve invested in it, particularly smaller companies having their moment.

But moreover it’ll be a test of not just Geneva’s, but all shows’, immune systems. The bad news for shows won’t be if car companies miss out this week. The bad news will come if they realise they haven’t missed out at all. 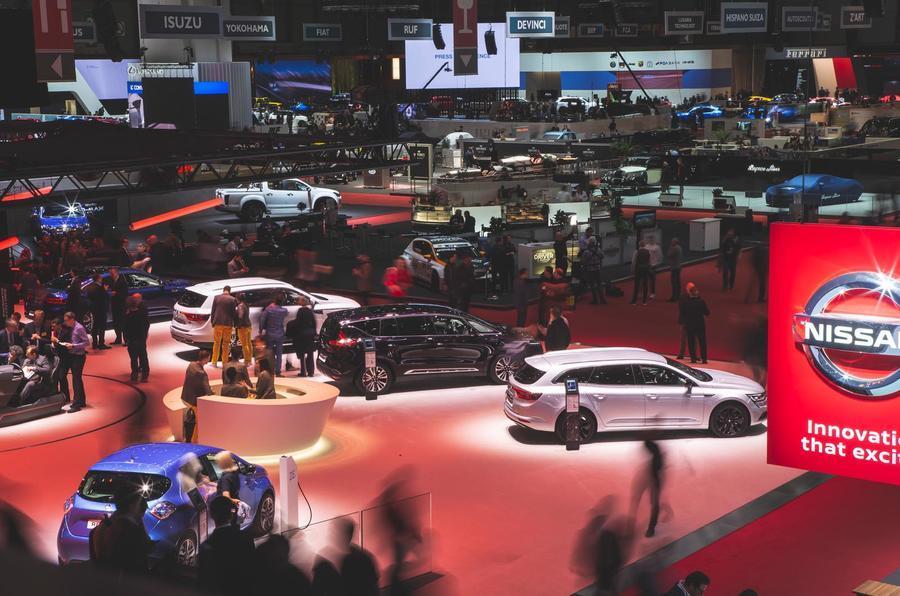 The Geneva show traditionally kicks off on the first Monday afternoon in March with the announcement of Car of the Year, the pan-European competition whose reigning champion is the Jaguar I-Pace and of which Autocar remains a founding sponsor.

UK jurors recently tried them together on the road thanks to the help of Silverstone, which allowed us to use its excellent new Experience Centre, at the main entrance and seriously worth a visit, as a base.

I like to pick a clear winner and give generously to standout cars, but found that hard this year, with no distinct favourite. I wonder if everybody’s least offensive choice will migrate to the top.

What I like about Car of the Year – and what we shout about too little – is that unlike some awards, it doesn’t take a solitary bean from manufacturers. The logo isn’t for sale afterwards, there are no tables to buy at a fancy dinner. Simply, we say to the relevant car company bosses: please come to a big room in Geneva at 3pm on Monday, and you’ll find out who wins. Albeit this year, find out online.

2020 Geneva motor show set for axe due to coronavirus​

2020 Geneva motor show: what we would have seen​

Everything is very open and very clear explanation for step by step keep moving, waiting for more updates, thank you for sharing with us.

As a child of the 80s have fond memories of going to motor shows in the UK so be a shame it's all over but times change of course. Just hope I can take my son to one before it's too late. Climbing into an Esprit Turbo as an 8yr old better than watching influencers on YouTube...

And the loser is

Thousands of journalists unable to have great old time on expenses.

Lets hope the scare's over before the next big show.

P.S. Get your spam filter sorted out please.