BACK TO ALL OPINION BLOGS
Currently reading: Matt Prior: The one thing missing from the M3 CSL? A manual gearbox
UP NEXT
Inside the industry: Why it's time for another Alfa Romeo reboot

Matt Prior: The one thing missing from the M3 CSL? A manual gearbox

The Beamer's standard transmission is a shuffling nightmare, but subbing in a manual lets the M3 shine
Close

You may remember a recent video in which Autocar’s special correspondent Mauro Calo and I asked each other: what is BMW’s greatest M car? You may also remember that we decided the closest to it was the E46 M3 CSL. If we were creating the ‘perfect’ M, it was the car we’d take most elements from.

It has an astonishing engine – of all BMW motors I’ve tried, second only to the McLaren F1’s. It has a great, familiar, front-engine, rear-drive balance and a sense of real urgency about it. And it’s about the ‘right’ sort of speed and size.

One thing we wouldn’t have is the standard ‘SMG’ (sequential manual gearbox) transmission. There are lots of good two-pedal transmissions: either torque converters that hook up quickly or dual-clutch alternatives. The SMG is neither.

It’s a regular manual with a robotised shifter and clutch. And there’s about one gearchange in 50 – when you’re flat out and you want a quick, brutal upshift – when it’s satisfying. The rest of the time it shuffles and pauses or bangs and irritates. Some owners swear by it, but for me it almost spoils the car.

Step forward David, by day a validation engineer for a big British car company, by night the owner of one of the 422 right-hand-drive CSLs.

Being an engineer, David, alongside a friend at Everything M3s of Banbury, spent weeks preparing what he’d need to give his CSL a manual gearshift. I settled in expecting an extended build blog. And then over a long weekend it was finished.

Everything bolts into place, David told me last week. You can even extend the pedal box, though fitting a new one is easier. The bell housing needs a modification, but swapping it is more straightforward. And this is, after all, a 3 Series built on a line in quick time: there are perforations in foam already, holes that just need grommets removing, and you buy all original BMW bits from BMW to make the transformation. The sketchiest part is drilling out rivets to remove where the gearlever pokes through, but even if you change your mind, a new panel costs £12 and you could reverse the process back to being an SMG in a weekend.

Having tried this car, I wouldn’t: a manual CSL is a CSL unleashed. It’s more analogue, each gearshift is the one you want to make and engine and gearbox get along just fine.

The conversion feels like BMW made it this way. And made it better. 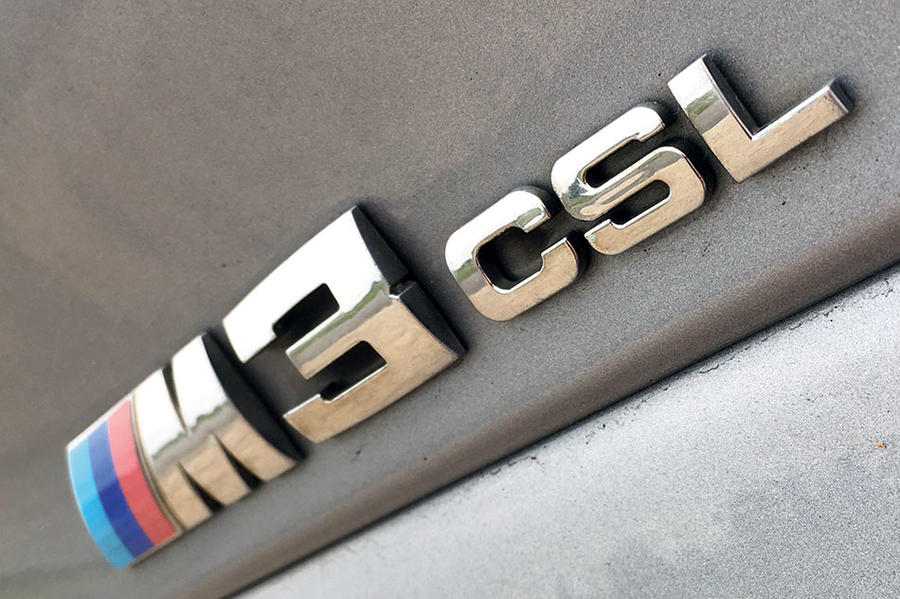 ■ On BMW, I’m reminded of something former board member Ian Robertson said at an Autocar awards bash a couple of years ago.

I’m paraphrasing but, on facing tougher regulations and competition from electric-only start-ups, Robertson reminded us that traditional car makers were “pretty good at vehicle engineering”.

Robertson has also sat on the board at Dyson, which has dropped its plans to sell an electric car. Not because of the engineering challenges – it’ll keep developing battery technology – but because it doesn’t see a way to make a profit.

Shame, but maybe not surprising. It’s hard to turn a profit on EVs. Even the established makes struggle, but most of them have old-fashioned tech to cover it until enough of us are ready to make the change.

Buy them before we do: second-hand picks for 18 October

It is very hard to think why

It is very hard to think why anybody ever thought the SMG was preferable to a manual.
si73 26 October 2019

Of course I don't speak from experience as I've never tried SMG or CSL, but have tried manual E46's coupe and convertible, absolutely awesome, the engine is incredible, especially as it goes on cam and howls to the red line.
If I could I would.

Had an E46 with a manual box, biggest grin ever!!!

Lucky you, E46 M3s are incredible bits of kit, costly to maintain etc but then, look at the performance, it's up there with a contemporary 911, maybe cheaper to buy now, but to run, it's still a thoroughbred. And good ones are now commanding a decent price, if not CSL territory.
Peter Cavellini 25 October 2019