BACK TO ALL OPINION BLOGS
Currently reading: Matt Prior: How will we tell electric cars apart?
UP NEXT
Inside the industry: Will a radical shake-up save Ford?

Matt Prior: How will we tell electric cars apart?

Emitting the same electric whirr and offering roughly the same performance, EVs will have to rely on style to stand out
Share
Open gallery
Close
Share story

Melting into a crowd is not a fate likely to befall the Polestar 1  – unless the crowd is full of delightfully wacky turbocharged, supercharged and electrified £140,000 coupés with rally-style suspension. Which seems unlikely.

But not all cars can be so bonkers. Not even all Polestars, which will, in future, all be battery-only EVs. So in conversation with Polestar designer Max Missoni, and some other designers and engineers recently, I’ve asked the question: when a car doesn’t have an internal combustion engine – which is something that defines so much of the driving experience, especially for performance cars – what becomes the great differentiator?

Answer: it depends who you ask. Generally accepted, it won’t be the powertrain. Yes, there are different types of electric motor and you can put them in different places. But the whoosh and noise, or absence thereof, is much the same. They’re fun, but not so different from one another.

EV hardware is uniformly heavy and takes up a lot of room, so battery packs tend to go in the same place, low in the car, which means it’s harder to differentiate ride and handling. The Jaguar I-Pace is a sportier drive than an Audi E-tron, of a fashion. But they’re more alike than an F-Pace and a Q5, or an XJ and A8.

So if cars drive much the same, and the efficiencies are much the same, and smartphone mirroring means everyone has a full complement of infotainment, with legislation taking care of the rest of a car’s equipment… then, well, what’s left to make the difference? Why should you buy one car over another?

Is it image? Price? Why should they matter, if things are so similar? At this point, perhaps badge snobbery finally disappears. Perhaps.

For many buyers, it already is. I remember being told the primary reason that 60% of buyers said they chose a particular Audi (a mid-2000s A4 Avant, I think) was because they liked the look of it. Which might explain why Audi went on to make all its cars look like that.

Designers I’ve asked seem happy to agree. Although I guess being asked whether they’re about to become even more influential is not something they’re inclined to argue against.

Engineers, though, have reminded me we’re not there yet. Not for sports and performance cars, anyway. Batteries are heavy and some people really like engines.

So perhaps the market splits. To the left, similarly sized boxes with similar powerplants, sold on their design and the type of ownership. Clean, efficient, simple, similar, but cars largely as white goods. And to the right, cars where involvement and engagement still count. You’ll find sports cars, and you and me and, apparently, the Polestar 1.

Can the limited run sports GT deliver on the combined promise of petrol-electric performance and Swedish styling?

Question is: which manufacturer would want to say they sit on the left? Not many, I’ll reckon.

Alpine throws a sporty spanner in the works 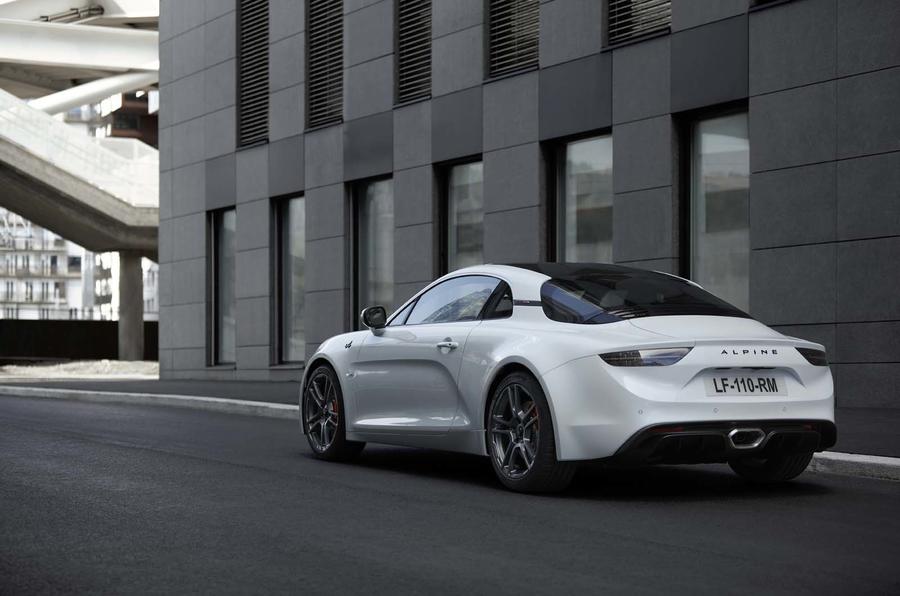 This new Alpine A110 S, then, is the even more sporty one but still usable every day. Understood. I love the regular A110 but I can see there’s room to reduce roll and pitch, and it has suppleness and comfort to spare.

But I do wonder what it means for the regular A110. In a similar way that, while you can get a Ford Mustang with a 2.3-litre engine, you might as well have the V8, how many people will choose the lesser Alpine?

Goes to the heart of the matter - why own a car?

To me this goes to the heart of the matter, and why manufacturers, and yes, even motoring journalists, feel a deep seated antipathy towards an EV revolution.

Who needs car brands, or media to talk about them, if they are all alike?

Why not just rent one as you need it - especially if they become able to drive themselves?

Realistically, what proportion of buyers actually buy cars now based on handling or engine differences between manufacturers now anyway?

ever increasingly, cars are becoming homogeneous, the vast majority are 4cyl inline engined, choice of diesel or petrol admittedly, front wheel drive, have electrically assisted steering, handle perfectly adequately and are all incredibly safe in a crash.

People buy on badge, on body style and how they think both project an image to others, and on monthly cost.

We here, who are interested in handling, performance etc are in a tiny minority amongst the car buying populace.

How will we tell them apart? I'm guessing they'll look different to each other - like cyclinder cars do. Probably carry different manufacturer badges and I suppose some of them will have differing numbers of doors/windows etc. I think I'll be ok.

98% of cars sold in Europe last year had similar engines, with similar sounds and similar peformance. So the 'electric' world will make no difference at all!! As the vast majority already see cars as white goods and buy based on cost, brand and warranty.  It's only Autocar writers and few geeks who actually care about powertrains!  Big business will always focus on the majority.

The engine is the heart of the car.  Give all cars essentially the same heart and you are quickly at a point where the distiguishing factors are just the superficial jewellry.

But then I think cars as a subject of interest and passion are much closer to the end than is recognised.  They are, as you suggest, becomming 'white goods', to be used and disposed of when broken.

To those who disagree, where is the EV that anyone actually cares about beyond a stat?  The one that will be a future classic?  The beauty?  Or the one that brings joy?

Nope. People said that about their horse

Combustion engines and gearboxes were a stepping stone between the 19th century and the 21st century.

By the time they’re adults, today’s kids will look on that disgusting, dirty and climate changing technology much the same as we do today on smoking tobacco.

Speed And Cool <3 i love that car

Are engines a distinguishing factor?

I read an interview with Dr. Zetsche when he retired from Daimler where he stated that the engine is not a differentiator any more, but also battery electric vehicles will redefine the performance segment.

He stated that the MBUX system creates a lot more excitement.