BACK TO ALL OPINION BLOGS
Currently reading: Matt Prior: Are foglights a waste of light?
UP NEXT
Opinion: Is hydrogen overhyped? It depends

Matt Prior: Are foglights a waste of light?

If you can see enough to do 80mph, you don't need them. If you need them, you shouldn't be driving fast
Share
Open gallery
Close
Share story

Ah, autumn. Or the season of mists and motoring fruitlessness, as Keats would no doubt have written had he not died 146 years before the M40 opened.

What with climate change pushing autumnal weather ever backwards and retailers pushing Christmas ever forwards, it’s a job to know which arrives first these days: decorative lights in your local shops or bright lights on the outside lane of your local motorway, on the back of a car travelling at 80mph when it’s foggy.

■ While we’re on the subject, I’ve been testing a Peugeot 2008 whose front foglights you illuminate by toggling a collar on the indicator stalk, which is fine; with a sidelight/headlight toggle on the end as well, this stalk takes care of all the lights. However, to illuminate the rear foglight, first you have to scroll through a stage that illuminates the front foglights and driving lights. So the rear can’t be illuminated without the fronts, which isn’t so fine.

Logically this irks me. The argument could be that they’re driving lights, not foglights; light manufacturer PIAA says that there’s a difference and that driving lights are there to boost the view of highbeam headlights. But these aren’t those; Peugeot calls them foglights and you can’t actually specify them on the base Active trim level, so they clearly aren’t considered essential safety items. They’re there because you might think they look cool.

Fine, but don’t integrate them with the rear foglight. Fog and mist can be so dense at times that high-beam headlights or front foglights glare off it and actually reduce visibility. Yet you would absolutely, no question, want the rear foglight illuminated, either first or independently.

I don’t think Peugeot is alone in doing this; it just happens to be the example I have this week. To not allow it is silly.

■ Meanwhile, an excellent Peugeot feature. We’ve all done it or know someone who has: you give beloved a lift, they hop out and you drive off. They have the car keys with them. At some point you realise; maybe soon, maybe once you’ve arrived somewhere and turned off the car.

However, in the 2008, push the engine-stop button when the key is elsewhere and a warning flashes on the dashboard: ‘The key isn’t in the car. Give a long push on the off button if you’re really sure you want to switch the car off.’ It’s still not as simple as having a hole to put the key into, but it might get you out of a fix. 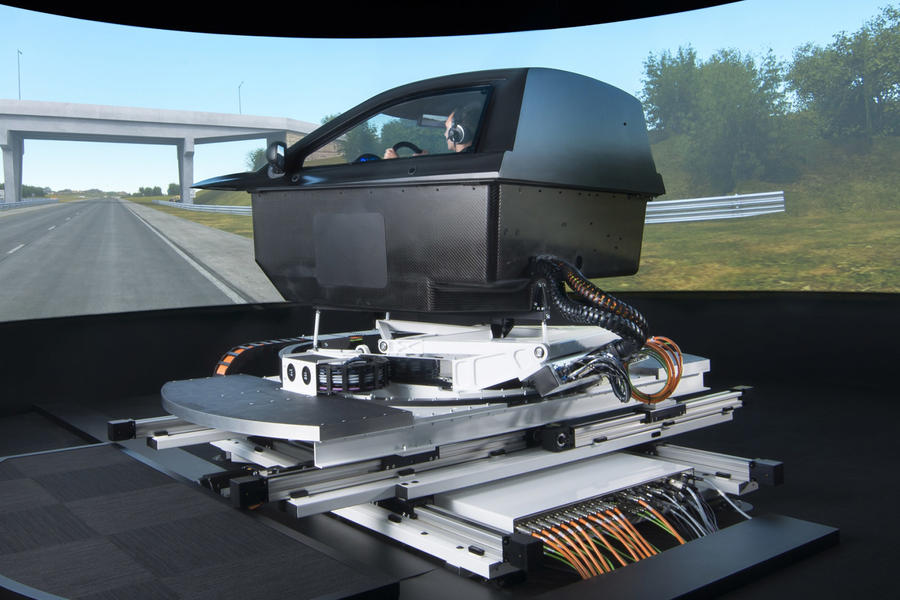 ■ Norfolk-based Ansible Motion, maker of some of the world’s finest vehicle simulators, has for the first time been allowed to announce who has bought one of its products. It’s BMW, BTW. Ansible has been making simulators for a decade, yet this is the first time a customer has allowed it to publicise a purchase. The secrecy of the competitive advantage: ‘We’d like to buy one, but for heaven’s sake don’t tell anyone.’

Matt Prior: Is Hamilton the greatest? Of course he is

Matt Prior: Why executive AMGs go the distance

I have never found standard fitted front foglights to be any use at all, particularly in fog. They only seem useful for sales of replacemnts after stone damage.

While I religiously use both front and rear foglights if the weather is appropriate, (and turn them off afterwards) I am yet to be convinced they do anything other than dazzle other road users unless it's a real 'pea-souper'.

Also, I would ask why automatic lights and wipers don't work in mist and fog, where they would be really useful?

Fog lights - both my Nissan (collar on the stalk) and my Saab (big button on the dash) allow you to have the front fogs on by default - i.e. as long as the button/collar is selected then they will come on when the side lights or dipped beams are turned on. Whereas the rear fogs on both have to be turned on each time manually. I always assumed it must have been legislation or something for the rear, but I never understood why the fronts don't have the same restrictions. At least in the Saab you can select the rear fogs to come on without the fronts, whereas the Nissan, like Matt describes, you have to turn the fronts on to get the rears on - and that means if you turn on the rear fog but forget to toggle the collar off when you get home, you end up with the front fogs only already selected to turn on when your lights are next on. Obviously you should notice this with the dash lights, but many wouldn't.

Keyless - I normally agree a physical key is the best thing, however as someone who does deliveries on a casual basis in my Nissan (say doing 30-40 small packages) then I have to say keyless lock/unlock and starting is a genuine help. As for exiting the car with the key while the engine is running, the car beeps outside quite loudly, and the key button flashes on the dash so you should never be caught out but i do remember a woman in her Nissan having 'lost' her keys and me helping her search a snowy car park for ages - turned out she turned the engine on to warm the car up and defrost it, and then left the keys in her house when she drove off. Maybe the longer press would have helped in that scenario.

si73 22 November 2020
I've never had an issue with oncoming cars front fog lights, they're set so low as to not affect my view, so even when used as driving lights instead of figs it's never bothered me, I'd imagine they light up the kerbside or hedgerows nicely, depending on the road. Rear dogs being left on is annoying but no more so than people leaving their foot on the brake in traffic as brake lights are quite blinding, especially the led ones.
Regarding the day runners comments and Scandinavia, all the Volvo's I had in the past had them, front and rear, So I don't understand why my wife's Mii only has front day runners, no tail lights, seems to defeat the object to me.
View all comments (19)