BACK TO ALL OPINION BLOGS
Currently reading: Matt Prior: Why it's time for Aston's James Bond spin-offs to die
UP NEXT
Opinion: Mercedes EVs will get you home on the range

We meet again, Mr Bond. And this time… I’m sorry, are those your initials embroidered onto the headrests?

And so we welcome another Aston Martin special edition, a product of the company’s bespoke Q division – a wryly amusing department name. Yet strangely, I find myself similarly untickled by the arrival of a limited number of 007 Edition Vantages and DBS Superleggeras.

These 100 Vantages and 25 DBS Superleggeras will have 007 embroidery, hazard stripes to mimic rocket booster warning labels and missile-launch-button-themed shift paddles. Owners can even have a 007 badge on the boot lip – overt signals to suggest they’re sufficiently deceptive and intriguing that they would claim they’re in an off-site meeting while secretly playing golf.

I’m not sure the whole ‘Bond thing’ needs to be shouted about quite this loudly. We all know the world’s least secret secret agent drives an Aston Martin, like we know he drinks vodka martinis. And in the same way that, outside of a fancy dress party, no normal grown adult can order a vodka martini without feeling like an impossible wazzock, I’m not convinced any ordinary person can order a 007-specified Aston without at least some nagging similar pangs.

But my worry isn’t for those who do buy a 007 Edition Vantage or DBS. Aston only has to find 125 of them, and doubtless they will get the gentle, affectionate ribbing that they deserve from their spouses and friends for choosing the man-child equivalent of an Action Man lunchbox. 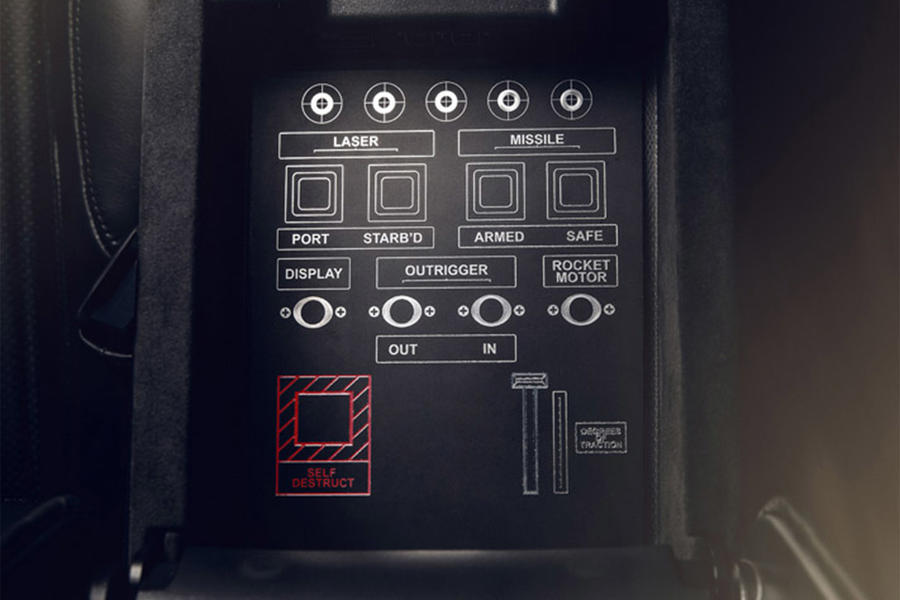 No, I worry instead for those who would like to buy a sports car in an arena where it’s already hard enough to pick one that doesn’t make the owner look insufferable by association and think this is one association they would rather avoid.

There are many reasons why people spend more than a hundred grand on a Range Rover or a Porsche 911, and they’re not all related to those cars’ tangible qualities. Sometimes it’s because they say not too much about their owners.

It’s nice to buy a car that suggests you’re quite cool with who you are, rather than a car that says you would rather be someone else. Particularly if the message you’re sending is that, yes, you’re a quite normal company managing director, but should your spouse be brutally murdered by mobsters, you will, before the day is over, be getting your leg over with one of your account managers in an adequately prestigious hotel from which you collect reward points. Jane, hold my calls.

It’s not like Aston doesn’t do progressive things elsewhere. It’s more committed to an expansive racing programme than most of its peers, and the Valkyrie hypercar is a brilliantly bold project. A back-of-mind link with a dysfunctional film character alongside those is no bad thing in itself. But when that becomes the fixation it seems to be, I wonder if the sentence “Darling, I’ve been thinking I might buy an Aston Martin” raises an eyebrow that says “Really?” more often than we realise.

My understanding is that MI6 actually prefers its agents to be rather forgettable. I wonder if it wouldn’t do this association any harm in trying to be more of the same.

Dear Tobias: How the new CEO can fix Aston Martin

I go to a lot of classic car

I go to a lot of classic car shows and there are usually a few modernish (90's-10's) Aston Martins there and they look fantastic. I would buy one in a heartbeat if I had the money to run it and b****r what people thought it said about me.

The 007 Vantage here, again looks fantastic, and it is only fair that Aston get as much out of the association as it can, particularly with another Bond film on release.

More concerning is the design direction they are now taking as they are in danger of becoming amorphous blobs rather than clean cut stylish beauties.

Both Used to be Classy?

Can we agree both used to be classy and that neither is now?