BACK TO ALL OPINION BLOGS
Currently reading: Matt Prior: Is Hamilton the greatest? Of course he is
UP NEXT
Opinion: Mercedes EVs will get you home on the range

Matt Prior: Is Hamilton the greatest? Of course he is

While it's obviously impossible to compare between eras, it's also impossible not to acknowledge Lewis's talent
Open gallery
Close

Who is the greatest ever? This question arose again when Lewis Hamilton surpassed Michael Schumacher’s score of Formula 1 victories recently, as it does whenever a racing record is broken.

The Economist has published a statistical model analysing data from the dawn of the F1 championship to try to shed more light on it; CNN and the BBC’s excellent Andrew Benson compared Hamilton’s record against Schumacher’s; and there are many more. Thousands of hours have been spent stroking chins, creating spreadsheets and making arguments. Yet we will still never get an answer.

The problem is that every statistic you can pull has a counterpoint.

Who has most victories? Hamilton, but drivers now race more often and die less frequently than they used to.

Who has qualified on pole more? Hamilton more than Schumacher, but Schumacher often deliberately qualified with a heavy fuel load during the refuelling era.

Who outraced or outqualified his team-mate the most? The best drivers all have, but sometimes teams have run a one-plus-one driver strategy, focusing their efforts, including design and set-up, around a lead driver, with an obvious number two whose hand is played against them.

Even in my adult life, there were times when production tolerances were such that a car could be better than its sister. And some teams have better engineers than others. And in some eras, the rules were more open and there were fewer competitors, so the gap between the successes and the failures could be a chasm. 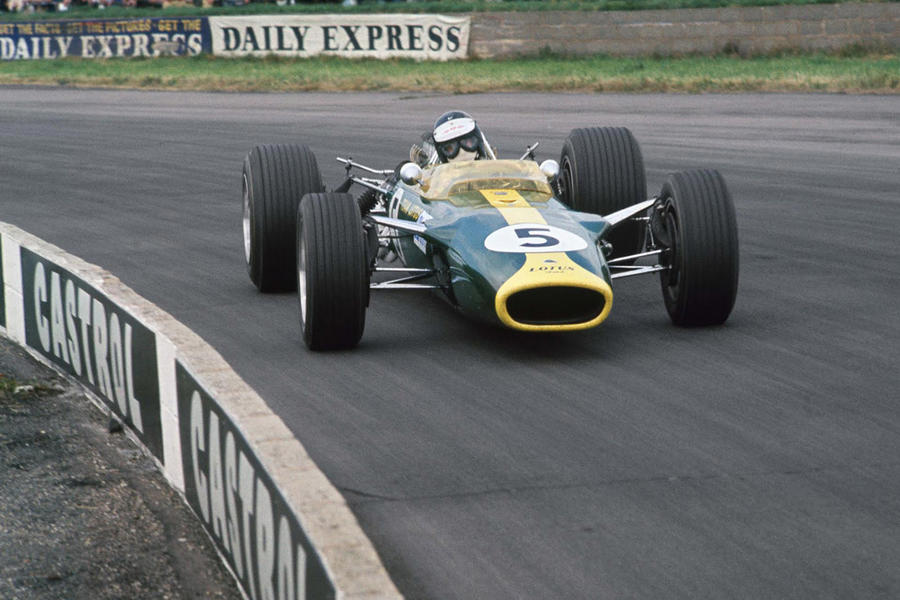 A brilliant engineer like Colin Chapman and his dedication to a driver like Jim Clark would stand out even today – but it would exist in a world with more engineers and more resources, tighter regulations and more competition than ever.

Then there’s opportunity – and money, obviously. There are racers from harsher backgrounds than others, for sure, but kids who grow up in poverty become brilliant runners, footballers or cricketers, not drivers.

That said, the pool of talent now is still bigger than it has ever been. There are more feeder series than ever before. The base pyramid of drivers going into it is bigger. The training, access to data, analysis, simulators and fitness is better. Everyone can see what everyone else is doing more easily than before. And, thanks to the internet, you can watch any driver you like and make judgements based on what you see, not just points scored and positions gained. Motorsport is probably wider, fairer, more professional and more even than it has ever been.

So those who rise are more likely to be the best. No? Well, yes and no. Lance Stroll has scored over 100 F1 points. Australian Supercars triple champion turned Indycar racer Scott McLaughlin has none, but I know who I would back in even machinery.

Whichever argument you want to take – and ultimately you would have to take all of them – motorsport is so wrapped and mired in a world of engineering and science, opportunity and money that it’s truly impossible to compare not just between eras but even between generations.

So, who is the actual best ever? I would argue that you literally can’t say with any certainty. And that, yes, obviously it’s Hamilton. Don’t @ me.

Hamilton is the greatest ever F1 driver. Most people knew it prior to Matt.

Yep, he's just bagged his seventh title in one of the best races this season so far, I'm not going to spoil it for the true F1 fans, but it's worth a watch, it'll be on Channel 4 later today.

Jeremy, you can ask the "best

Jeremy, you can ask the "best car" question about all of the most successful drivers. Schumacher and Senna -- look at the cars they drove. Fangio changed teams frequently, in large part to be in the most competitive car. The best drivers usually end up in the best cars.