BACK TO ALL OPINION BLOGS
Currently reading: Matt Prior: Is today's rubber too tiresome for testing?
UP NEXT
Opinion: Why the Festival of the Unexceptional is an annual highlight

Matt Prior: Is today's rubber too tiresome for testing?

Pick the wrong car today and its tyres won’t fall off over several days, but several laps
Open gallery
Close

It was a novel idea at the time: we’d assess the cars first and largely keep the photographers at bay until later.

We were planning a big race-track-based group test, to take place over several days. Previously, car testing and photography on jobs like this would have happened around each other – with photographers and hired hands nipping off in a few test cars at a time to unused parts of a circuit to take pictures, possibly of the car going sideways, while assessment carried on elsewhere.

But not any more: we’d noticed on-track photography wore down the tyre shoulders, affecting steering response and accuracy. So we should test first thing, on fresh tyres.

There might have been some grumbling from the pictures department at this. Track testing isn’t without its perils, and car damage or a breakdown could mean a car failed to proceed before there were many pictures of it. And as one of our old art editors used to say: “You can make up the words, but you can’t make up the pictures.” 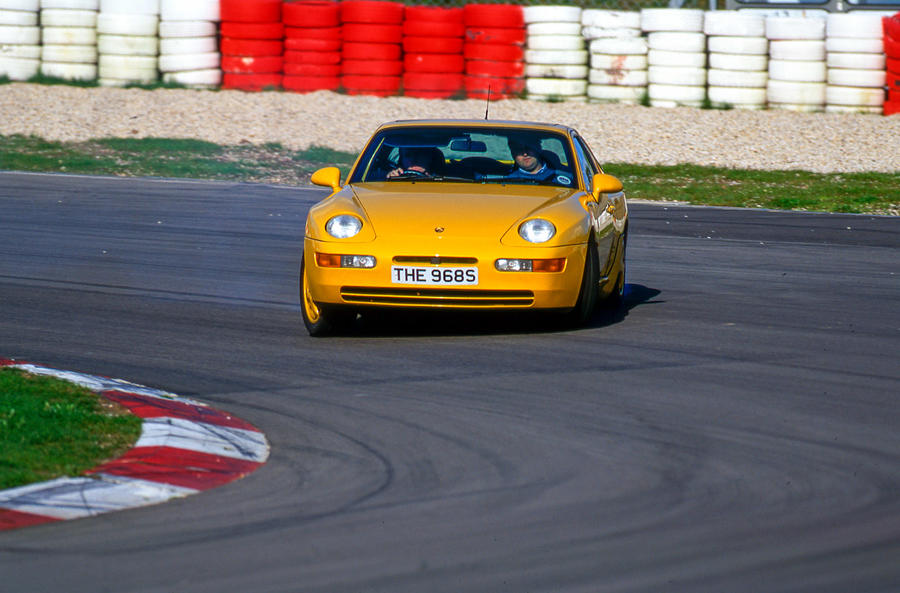 Up to the mid-2000s, it simply wasn’t a worry. As Andrew Frankel told me, brakes would wear out on track, certainly, but set the pressures and tyres would largely stay fit over a couple of days of testing.

But if an increase in tyre wear was starting to be noticeable by 2005, today it’s on a different scale entirely. Pick the wrong car today and its tyres won’t fall off over several days, but over several laps.

For which you can blame – if that’s the right word – lots of factors, but they all basically come down to heat. Today’s cars are typically both much more powerful and much heavier than ever, yet at the same time they corner and stop far more capably, too.

All of that energy ends up between car and road via four patches of rubber no bigger than the palm of your hand. An astonishing amount of energy goes through them, and while they keep up with the demands of power and torque numbers closer to four figures than two, and with near two tonnes of mass behind it, something has to give. They have to be optimised for performance and not longevity.

So much so, mind, that we’ve largely abandoned setting lap times at our Britain’s Best Driver’s Car contest. Once, it was a nice idea to strap the VBox data logger to a car while testing it and casually see what it did. But when it gets to the stage where a manufacturer says they’d like to help with the tyres, fits a fresh set and says there are basically three fast laps in them before performance starts to fall off, it’s all a bit daft.

That’s what makes it refreshing to test something like an Ariel, Caterham or Toyota GT86 on one of these jobs. You can have fun, slide them around a bit, and in the time it has taken you to have a laugh, a BMW M car or Mercedes-AMG would have worn its rubber down to the canvas.

If tyres wear out more quickly on the track, you can be fairly certain they will on the road, too. Still, customers don’t seem to mind increased tyre wear rates that come with higher performance levels. And you can bet that tyre companies and service departments certainly don’t.

Seems to me much smarter for us mere mortals to have a car or cars for road use and a different one for the track.  Can't beat a Caterham or similar for the latter.  Doesn't need to be expensive or even especially quick - on a track day you are only racing against yourself, anyway.

@Ravon, is that a thinly disguised advert? Race car setups destroy tyres when used on the road in a regular style.

He ain't heavy..he's my brother.