BACK TO ALL OPINION BLOGS
Currently reading: Why the A6 E-tron is an Audi that really matters
UP NEXT
Opinion: why WRX is turning electric

Why the A6 E-tron is an Audi that really matters

E-tron and E-tron GT are great halo cars for the brand, but this electric exec will do the real legwork
Share
Open gallery
Close
Share story

In a decade or so, we’ll look back at the A6 E-tron’s reveal and mark it as the point Audi went mainstream with electric cars.

The E-tron served its purpose as a foray into the brave new world of zero-emission motoring, and the new E-tron GT is a seriously impressive machine with no small potential to rewrite the rule book. But those are halo cars that are almost too futuristic, too expensive and, particularly in the case of the GT, too ludicrously capable for the average motorist to ever imagine having one on their drive.

In the A6 E-tron, however, we’ve been shown a relatively realistic depiction of the future of one of the most recognisable and popular executive cars on the market. Perhaps Audi was angling for some controversy by bestowing such a long-running badge on such a forward-looking car, but even the brand’s biggest fans would struggle to argue that the A6 designation carries the same cachet as Mini, Beetle or even - as was proven recently - Renault 5. 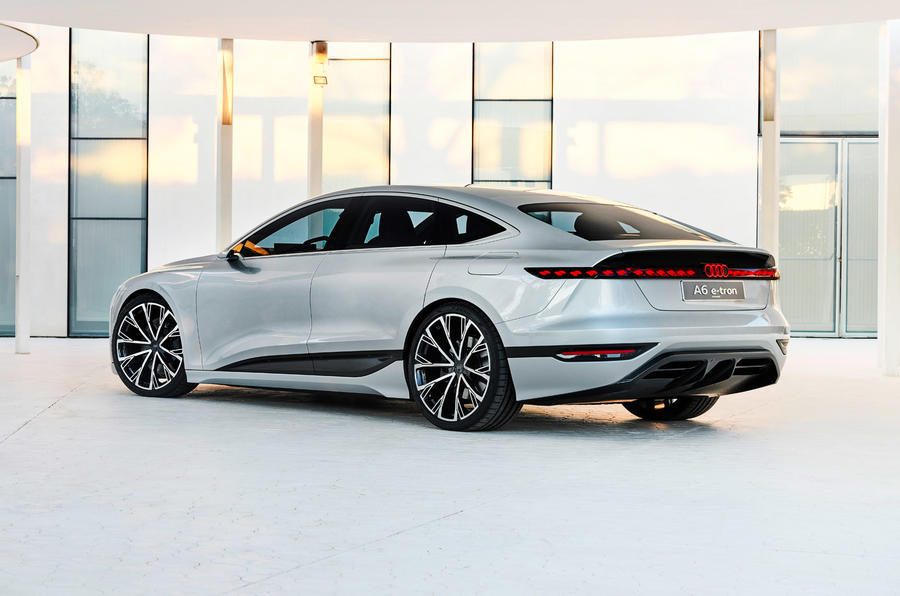 It’s an evolution rather than a reinvention, and the fact that it will be sold alongside the current A6 for several years to come means it will come to be seen, for now at least, as a variant rather than an enforced ‘next step’ for a much-loved model.

We’ve had the radical amuse- bouches; now it’s time for Audi to begin electrifying its legacy models for the main course. If this A6 E-tron concept is any indication, the transition will be swift, painless and easy on the eye.

Log in or register to post comments
Commenter 28 April 2021
Finally an audi car with style that surpasses the a6 with the single frame grille. No need to choose the (Q6) e-tron or Q8 to select audi with class leading aesthetics! The return to fastback goes "full circle" to the original passat before golf's launch.
289 20 April 2021

great idea except that the demand for saloon cars is/has dissapeared!

tuga 19 April 2021
I guess the author has already forgotten about the smaller, cheaper and SUVier Q4, which will appeal to a lot more people.

Anyway, Audi seems to be finding their way back into classically handsome cars. This looks great, as do the Q4 and the E-Tron SUV. Not a bad thing when you see how bland Mercedes EQs are and how... Let's say challenging BMWs cars are getting.