BACK TO ALL NEWS
Currently reading: Audi Q6 E-tron: Porsche Macan EV sibling confirmed for 2022
UP NEXT
2022 Audi E-tron set for major upgrade

Audi and Porsche are sharing development of a new Premium Platform Electric (PPE) architecture, and one of the first Audi models to use the new underpinnings will be the Q6 E-tron SUV.

Confirmed for launch in 2022 by Audi CEO Markus Duessman, the new model will sit between the imminent Q4 E-tron, which uses the VW Group's MEB platform, and the full-sized E-tron flagship, which is based off a modified version of the MLB SUV architecture. It will be built in Ingolstadt, where Audi is also building a new battery production facility to serve its expanding EV line-up.

It will serve as a sister car to the promised electric version of the Porsche Macan - in much the same way as Audi's new E-tron GT saloon shares the bulk of its make-up with Porsche's Taycan. As was the case with those two cars, the Porsche will arrive several months before the Audi.

The PPE architecture - based on the J1 platform used for the Taycan and E-tron GT - is designed for full-sized luxury models from the two firms, both in low-slung and SUV forms. The electric Macan was first revealed by Autocar in October 2018 and quietly previewed by Porsche late last year.

Porsche has confirmed that the current, combustion-engined Macan will initially remain on sale alongside the all-new electric car, paving the way for Audi to keep the same-sized Q5 in dealerships beyond the launch of the Q6 E-tron. 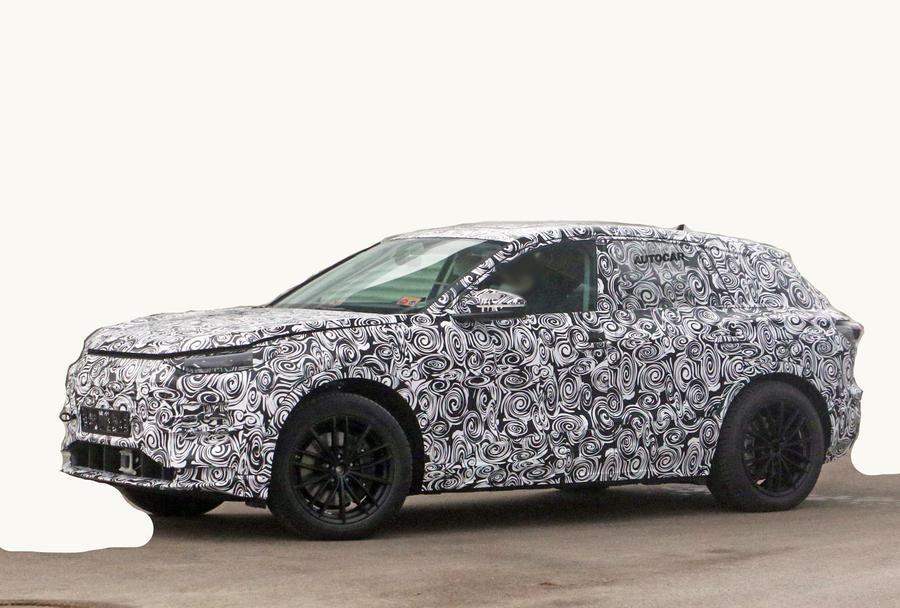 The big-selling Q5 has only recently been facelifted and is now available with both mild- and plug-in hybrid powertrains, helping to minimise its impact on Audi's fleet emissions average, so should remain on sale into 2023/2024. It is not yet clear whether Audi is planning a third generation of the Q5, or whether it could be replaced entirely by the new Q6 E-tron.

In terms of styling, our first sighting of a prototype suggests heavy influence from the full-sized E-tron, with the Q6 adopting a cab-backward silhouette, gently sloping roof line and bulky rear arches. Though it will be mechanically identical to the Macan EV, these images suggest the two will share little in the way of design cues.

The Q6 E-tron will have a more obvious performance focus than the current combustion car, given the nature of its PPE architecture. The most powerful variant, likely badged RS in line with Audi's plan to electrify its performance sub-division, should send around 590bhp and 612lb ft to both axles, though the PPE platform has been designed with just a rear-mounted electric motor as standard.

The PPE platform also has 800V charging functionality built in, which means the Macan EV and Q6 E-tron will be able to charge at speeds of up to 350kW. Expect a range in excess of 300 miles, given the entry-level E-tron GT is quoted to be capable of 303 miles per charge.

The Q6 E-tron will offer a dynamic advantage over MEB-based electric cars from Audi and Volkswagen, too, courtesy of inbuilt torque-vectoring and rear-axle steering functionality, though these will likely be reserved for the more expensive performance options.

It remains unclear whether this new electric SUV will arrive before an A4-sized electric saloon that Audi first previewed in 2019, and has been described by company bosses as the most important Audi to use the PPE platform.

I was thinking the same thing regarding the price. With the thr PPE being baesd on the Taycan and e-tron GT's J1 platform and keeping much of the same hardware and their prices being waaay up there, would that mean the same for the Macan and Q6 BEV's too?&