Audi has revealed the production-ready Q4 E-tron before UK deliveries of the electric SUV begin in the second half of 2021.

The Q4 is Audi’s fourth dedicated electric vehicle, following the Audi E-tron, E-tron Sportback and recently unveiled E-tron GT, and it's the first to be based on parent company Volkswagen Group’s MEB electric vehicle platform - as used for the Volkswagen ID 4 and Skoda Enyaq.

The Q4 E-tron is produced in two distinct bodystyles: the standard SUV model places its emphasis on overall practicality, while a sleeker, rakish-roofed Sportback model aims for a more sporting market position.

The production versions retain largely the same design as their respective concepts, with a bluff front end dominated by a blanked-off grille, heavily structured air ducts, angular headlights with LED functionality, a contoured bonnet and deeply etched swage lines above each wheel arch. They are further differentiated by way of a subtly different treatment for the front bumper and grille. 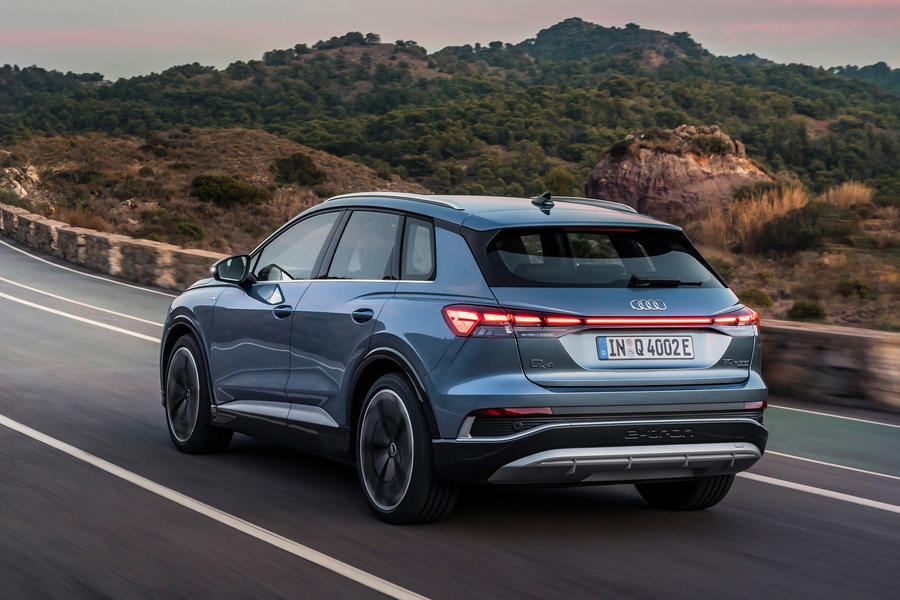 At the rear, the SUV model receives an angled rear screen within an upright tailgate, whereas the Sportback features a shallower liftback-style tailgate similar in design to that of the larger E-tron Sportback. As is customary on each of Audi’s production electric vehicles, both have a wraparound brake light bar with distinctive LED graphics. The wheels vary from 19in to 21in.

At 4590mm long, 1865mm wide and 1613mm tall, the Q4 E-tron SUV is 185mm shorter, 15mm wider and 13mm taller than its Tesla Model Y rival. A 2760mm wheelbase endows it with relatively short overhangs and, in combination with its skateboard-style platform that features a flat floor, an interior that is described by Audi as being among “the longest in its class”. The German car maker puts the drag coefficient of the SUV at 0.28 and the sleeker Sportback at 0.26.

Inside, the two Q4s adopt their own specially designed dashboard and cabin architecture. Key elements include a new steering wheel with touch-sensitive controls, a 10.25in digital instrument display with unique graphics and a standard 10.1in (optional 11.6in) centrally positioned MMI infotainment touch display combined with a 'Hey Audi' voice control function as an option. Customers can choose between three different set-ups: Standard, Virtual and Virtual Plus. 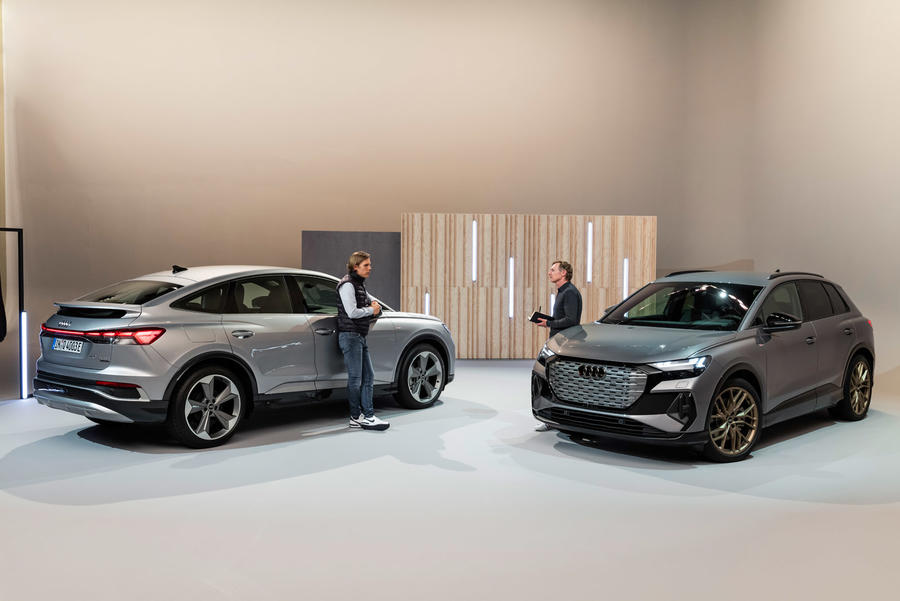 The Q4 E-tron is also the first Audi model to feature an augmented-reality head-up display, with information, including moving navigation commands, projected onto the windscreen in two separate fields and with varying depth of field.

To accommodate the battery, the rear bench seat is mounted 70mm higher than the front seats in their lowest setting. Boot space for the Q4 E-tron SUV totals 520 litres, extending to 1490 litres when the 40:20:40-split rear seat is stowed, but there is no provision for a front storage compartment. The space underneath the bonnet is occupied by the power electronics system.

The Q4 E-tron will be sold in the UK with the choice of three powertrains offering both rear- and four-wheel drive.

The Q4 35 E-tron opens the line-up with a rear-mounted electric motor delivering 168bhp and 229lb ft in combination with a 52kWh (net) lithium ion battery. Tipping the scales at 1890kg (1895kg Sportback), it boasts an official 0-62mph time of 9.0sec and a range of 208 miles on the WLTP test cycle in SUV guise.

Heading the range is the four-wheel-drive Q4 50 E-tron quattro with front- and rear-mounted electric motors developing a combined 295bhp and 339lb ft and packing the 77kWh battery. It offers a claimed 0-62mph time of 6.2sec and an estimated range of 295 miles for both variants. 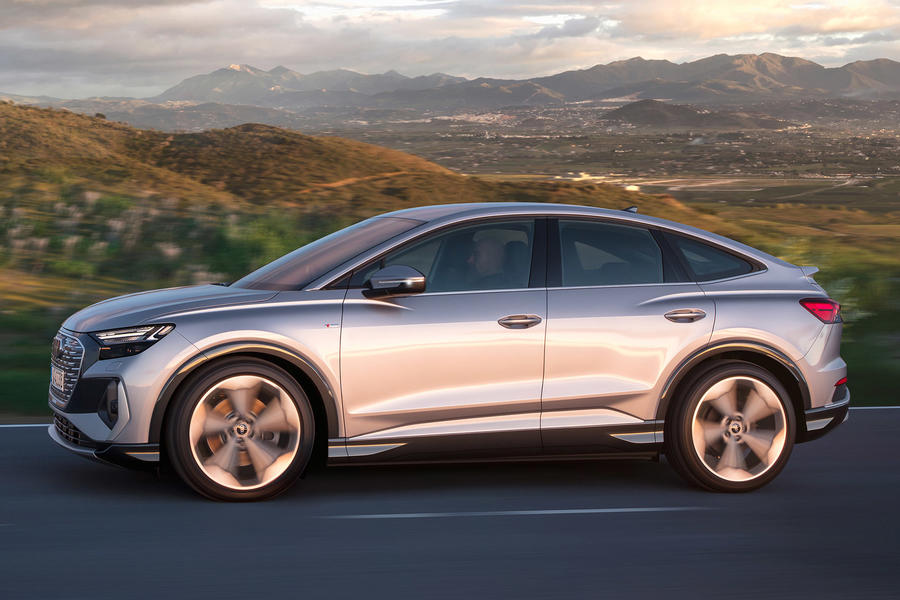 Underpinning the new model is MacPherson-strut front and five-link rear suspension, with adaptive damping set to be made available on selected models.

Both will be produced alongside the ID 4 at Volkswagen’s Zwickau factory in Germany, where they will be joined before the end of 2021 by the MEB-based Cupra Born hot hatchback. Chinese market assembly of the new Audi models is planned to take place in a joint venture run by the Audi and SAIC in Anting, China.

Small crossovers such as the Q4 do not "major on interior space", despite Autocar's claim to the contrary. And that chunky long-range battery pack will compromise the already cramped interior even more. This is not a spacious car.

sbagnall 15 April 2021
STOP THE PRESS! Billy Lyons knows something we don't about EV's.

He says, "we'll all soon learn the truth about EV's"

Don't buy one until YOU know. I hope Billy tells us all soon.

Will sell like hotcakes.  And thankfully looks a lot better than BMW's dumpy dog EV whose name I can't even remember...