BACK TO ALL OPINION BLOGS
Currently reading: Steve Cropley: A week rediscovering estate cars is well spent
UP NEXT
Matt Prior: the Huracan Sterrato is an exciting proposition

This week, Steve gets reacquainted with the underrated world of long-backed estates, gets fascinated by the move towards solid-state EV batteries gathering momentum and rages against the ongoing acts of bastardry by Highways England.

It’s hardly breaking new ground, but I’ve just spent a whole week rediscovering estate cars. I’ve done 1400 miles in a Mondeo Hybrid, the best and last of a family Ford line that will disappear in a year’s time. This car’s practical excellence was a real surprise: it’s long, it’s comfortable and it has every bit as much load floor area as one of the bigger SUVs, yet the much smaller frontal area means it slips through the air noticeably more easily and delivers 3-5mpg more in equivalent mechanical specification.

The hybrid side of things worked for me, too. I didn’t even jib at the fact that it uses a ‘rubber band’ CVT, because this allows it to be both long-legged and quick off the mark. On my return to Ford’s fleet garage, the trip computer read 50.3mpg. What’s not to like?

I’m fascinated to see the move towards solid-state EV batteries gathering momentum so fast. Just this week (so far) we’ve heard how BMW, Ford, Toyota and the Volkswagen Group are increasing their investment in this technology – which credible pundits, such as Globaldata chief Dave Leggett, reckon should last longer, slash charging times, increase energy density, reduce fire risk and “very much” increase driving ranges, perhaps even doubling what we expect from today’s lithium ion batteries.

This begs a billion-dollar question: who will be first to the market with a solid-state EV? It strikes me that whoever pulls that off can look forward to a huge and instant order bank, even if the vehicle itself is styled like a Wartburg.

The latest act of bastardry from the brains at Highways England seems to entail completing their controversial ‘smart’ motorways while denying us their use. The M4 on London’s western side is a prime example: they’ve finished large expanses of eight-lane road, but the inside lane each side is coned off to provide us with a de facto hard shoulder – the very thing we’re supposed to not need. Thus we’ve spent the money to have what we had before, except it’s now restricted to 60mph. Bonkers is too small a word.

Apparently, these experts have now decided that the new roads can’t be used as designed until fitted with radar systems that can instantly spot stationary vehicles and then close lanes as appropriate (as if that will prevent gigantic pile-ups). They’re busily inventing and sourcing suitable systems while the cones continue to keep us safe. Only a few more months and millions.

I’ve spent all year speculating about making the ultimate connection with a Jaguar E-Type, which I’ve always classed as one of the greatest cars. 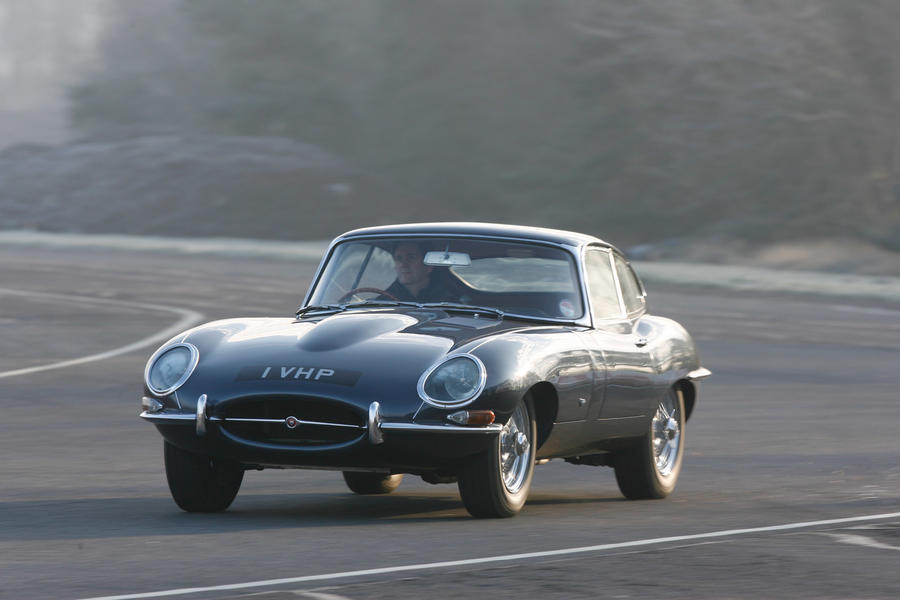 When it was launched and I was very young, I remember with total clarity the excitement it caused across the world and how I rode my bicycle home from school at top speed for several weeks just to look again at the launch pictures muddily published in our outback newspaper. Back then, I promised myself that I would own one, but I’ve so far failed to make good on that.

It’s not that the car disappoints: a few years ago, I tried one against a (much pricier) Aston Martin DB5, to which it was superior in every way that counts – steering, styling, ride, handling and exhaust note. My problem – apart from garaging and money – is understanding the market.

Prices vary from £40,000 to £400,000. Overpriced cars are everywhere. The market is cluttered with replicas, bodged restorations and restomods. V12s and 2+2s seem exaggeratedly undervalued, compared with even average-condition sixes. So I sit on my hands and tell myself that its 60th anniversary year is probably exactly the wrong time to go looking anyway... 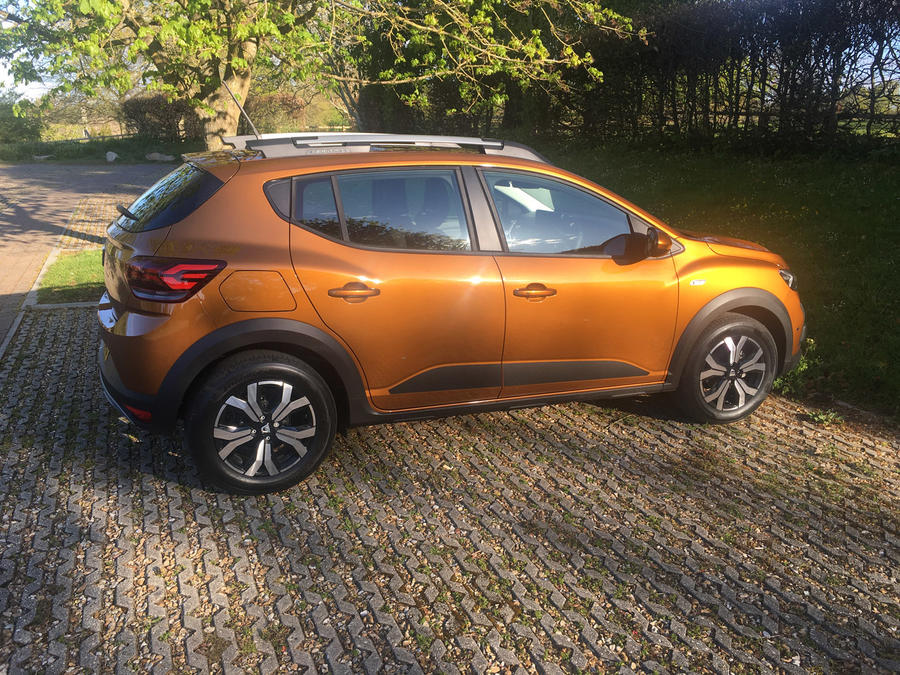 My transport for the next six months – this Dacia Sandero Stepway – has just lobbed, and I’m excited. I’ve only done 20 miles so far, but I’m already loving the shape and modest concept, the 89bhp three-pot engine and the six-speed ’box – all for £14,600.

Steve Cropley: There's no overstating the importance of the ID 3

Perceptive comments again from Steve - and not just about Estate Cars. I travelled down the M4 from London to South Wales this week and was very frustrated not just at the blocked off lane but the restricted speed limit - for road works that had been finished except for the remaining cones.

Whilst I have not driven the current Mondeo I don't think it is Ford's finest effort. Ford always fall short when they adapt or import their US designs - in the case of this (last) generation of Mondeo, the Fusion. Bigger and uglier than the previous generation. IMHO the same can be said of the Kuga albeit it has always been the European version of the Escape. That said the Mustang Mach-E looks quite promising. It looks though that Ford have bailed out of developing cars specifically for the European markets so they will just be another VW, Seat, Skoda, Audi MEB derivative. You have to wonder what the late Richard Parry-Jones would be thinking of how his legacy is in danger of being binned.

100 percent agree Steve...the M4 is a complete waste of money.The fact it's almost finished and we are back to 3 lanes atm just seems to sum up what a complete joke the smart motorways are.The cones are dangerous and nobody cares.

Totally agree Steve, the 'smart' motorway brainwave is a disaster - someone should be held accountable for signing it off both for loss of life and wasting the public purse.

The work on the M3 between J2 and 4a resulted in 3 years of coned-off lanes low speed limits and countless missed appointments and chaos.....and for what - an unsafe road!

There are plans to do the same at the other end of this motorway starting this year. I hope this is canned.

E types.... a thing of beauty, but apparently a royal pain in the arse to own....always something going wrong - even on the very best of restorations, and very labour intensive to work on. Easy to get the rose tinted glasses on over this beauty!

Slightly confused by the choice of vernacular Steve, with reference to the Sandero....is this an Aussie term or what exactly did the Sandero 'Lob'.....a piston through the bonnet!