BACK TO ALL NEWS
Currently reading: Aston Martin DB5 Goldfinger Continuation makes public debut
UP NEXT
Why last-mile delivery EVs are big business for car and retail firms

Aston Martin has displayed its first DB5 Continuation model, built to celebrate the British marque's long-running connection with James Bond, for the first time in public at the Salon Privé.

The first DB5 Aston Martin to built in more than 50 years, the DB5 Goldfinger Continuation was created in association with Bond filmmaker EON productions. Just 25 cars will be built to mark the release of Bond's 25th outing, No Time to Die, with each featuring replica versions of the gadgets seen in the 1964 film.

Rotating numberplates, an oil spray system that deploys from behind the tail-lights and a smoke screen are joined by 'machine guns' that pop out from the front bumper, a 'bulletproof' rear deflector that raises from the boot, front and rear battering rams, and simulated tyre slashers. A removable roof panel representing the original DB5’s famous ejector seat, albeit one that isn't actually capable of firing passengers out of the car, is an optional inclusion. 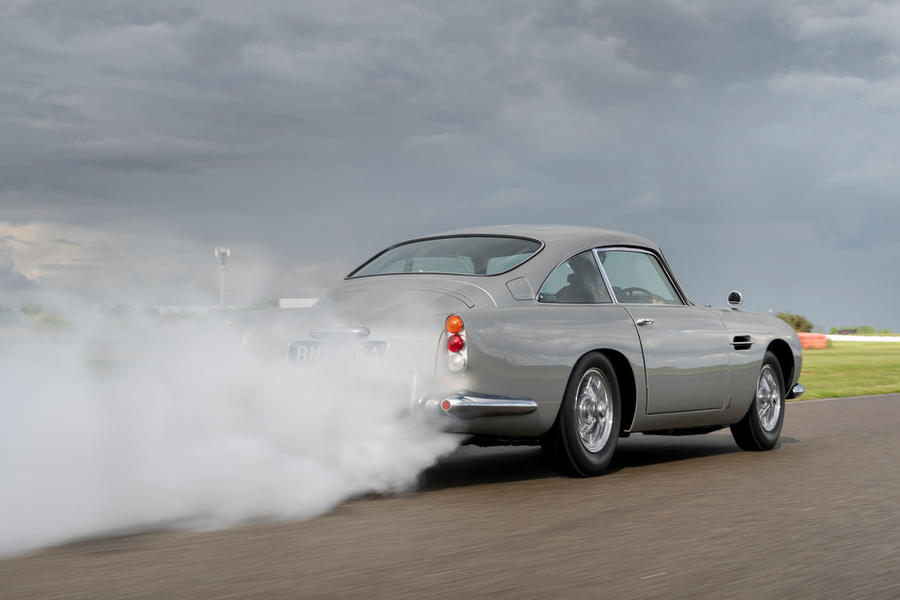 Inside, the DB5 Goldfinger Continuation is an exact match for the screen car, with an armrest that disguises the gadget switchgear, a simulated radar screen in the centre console, an under-seat weapons tray and a telephone in the driver's door, along with a flip-up gear knob.

More than 4500 hours went into construction, with each car receiving original body panels and a 4.0-litre naturally aspirated in-line six-cylinder engine that produces 290bhp. It is mated to a five-speed transmission and the rear axle features a mechanical limited-slip differential, although the continuation cars aren't road-legal.

“To see the first customer car finished, and realise that this is the first new DB5 we have built in more than half a century, really is quite a moment," Paul Spires, head of Aston Martin Works, said. 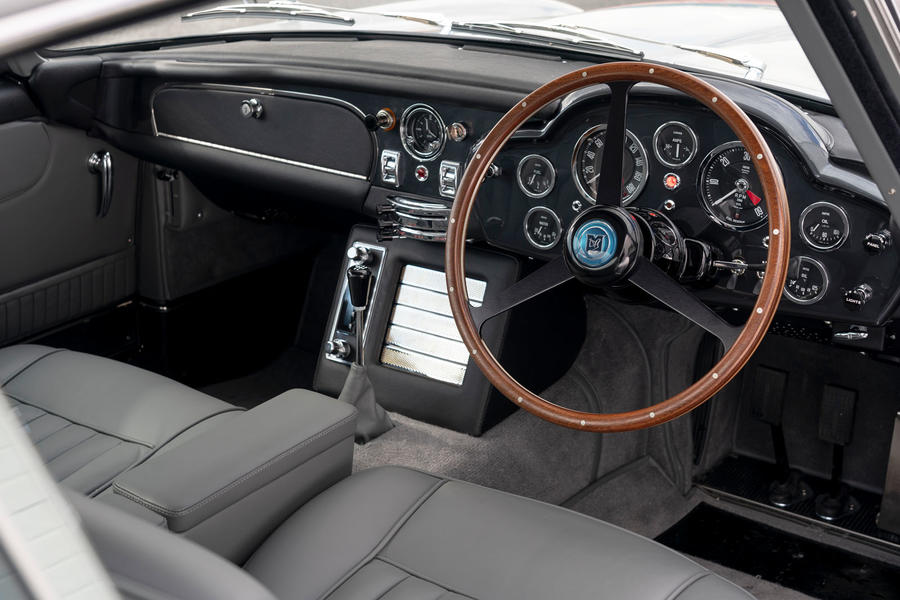 When the company first announced that it was planning 25 continuation replicas of the DB5 used in the Goldfinger film, the big question was how it would deliver on the original car’s huge tally of gadgets. Ahead of production, the firm’s Works Division revealed several of the gadgets under development in the programme, led by Academy Award-winning special-effects creator and Bond film veteran Chris Corbould.

Corbould said he had to think “for about a second and a half” when asked to work on the project, but admitted there have been serious challenges in making features that are both convincing and repeatable.

“If we were doing an oil slick in a film, then we could fill the boot with equipment and put out about 50 litres in a couple of seconds,” he said. “Here, it has to fit into a much smaller space and it has to be able to work again and again.”

There was also the need to consider health and safety. Although the Goldfinger DB5s aren't road legal, Spires said the company does have to make sure they won’t harm anyone. “We have had to make all of this work within the limitations of health and safety,” he said.

Corbould has worked on every Bond film with the exception of Octopussy since The Spy Who Loved Me, including the forthcoming 25th outing of the franchise, where the DB5 will make its latest cinema appearance.

All 25 of the Goldfinger cars – priced at £3.3 million including VAT – have reportedly been sold. Customer deliveries will continue through the second half of 2020.

Everything that’s wrong with the world

in automotive form. Surely with the world in the circumstances it's currently in the people who have spent £3m on these could have found something better to do with it? I don't believe in heaven or hell, but if I did I don't think it would take much to work out where they'd be headed.

I am so sick of the Aston

I am so sick of the Aston Martin 007 connection. And these aren't even road legal and yet aren't really suited to track use? Just a talking point in an oligarch's car collection? Poor judgement from Aston I have to say. Milking the cow until it squeals.

Coming to an AM dealer near

Coming to an AM dealer near you - a DB5 that self destructs after a certain amount of time, like a piece of conceptual art. Surely that would be much more sophisticated than this juvenile boy's toy.
View all comments (11)