BACK TO ALL NEWS
Currently reading: Ford Mondeo to be discontinued in March 2022 after 29 years
UP NEXT
Two worlds collide: Porsche Taycan vs Alpina B3

Ford Mondeo to be discontinued in March 2022 after 29 years

Ford has confirmed that it will end production of the Mondeo in March 2022 and that the model will not be replaced in Europe.

Launched as Ford’s first “world car”, the Mondeo has been on sale since 1993 and is currently in its fifth generation. It has historically been one of the brand’s core global models - selling more than 86,500 units in 2001 - but its market share has dwindled in the face of the growing popularity of SUVs and Ford sold just 2400 units in 2020.

A Ford spokesperson told Autocar that the main reason for ending Mondeo production comes down to “changing customer preference” and that Ford is “evolving our passenger vehicle range in Europe to meet changing customer needs as we move to an all-electric future”. In 2020, 39% of all Ford models sold were SUVs and crossovers, an 8% year-on-year increase.

The news that there will be no replacement for the Mondeo in Europe suggests that the coupé-shaped Ford crossover model widely tipped to adopt the nameplate will not be sold in the region. 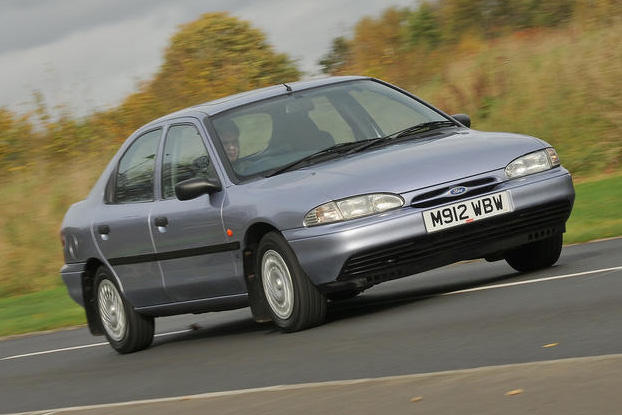 Spotted recently in camouflaged prototype form - and then uncovered in leaked images - the SUV appears to bear minimal resemblance to the existing car, including on the interior, which looks to make a move upmarket with heavy use of premium materials, and a touchscreen control panel spanning the width of the dashboard.

With the Mondeo headed for retirement, Ford's UK passenger car line-up comprises just the Fiesta and Focus in the non-SUV B- and C-segments. Both cars have recently received mild-hybrid engine options and are due for mid-life updates towards the end of this year, as previewed by a pair of test mules recently spotted testing on public roads.

Questions remain over what will happen when the two hatchback models reach the end of their life cycles in 2023 or 2024. Ford's European line-up will be all-electric by 2030, and it is unlikely to launch new pure-combustion-engined models in the run-up to that deadline.

Prior to that, however, Ford will offer every model in Europe with an optional plug-in hybrid powertrain by the middle of 2026, so the Fiesta and Focus could return as exclusively PHEV offerings before the brand goes all-electric.

In line with its electrification goals, the company has announced that its Valencia factory, which currently makes the Mondeo alongside 2.0- and 2.3-litre versions of the firm's Ecoboost petrol engines, will build the 2.5-litre Atkinson-cycle hybrid petrol engine used for the Kuga, Galaxy and S-Max, from late 2022. The engine is currently built in Chihuaha, Mexico.

The life & death of the Ford Mondeo

Log in or register to post comments
FastRenaultFan 26 March 2021
Mondeo Executive saloon lol. It was bmnever that. It was a family car. It should be happy it got this far. The Renault Laguna was axed years ago even do the MK3 was a great car. The Mondeo had gotten too big.
By the way the MK3 Mondeo was rubbish. It was dull, lacked imagination and technolagy. One of the worst cars ever made. The quality inside was atrocious. There was children's toys with better plastics on them. It's amazing that it the Mondeo that is was not axed back then when it really should have been.
Will86 25 March 2021

Yes the rise in SUVs has probably been the main issue for the Mondeo, along with the affordability of so called premium rivals, but I don't think Ford have managed their model positioning well. A mk1 Mondeo estate was 4.63m long whilst a hatch was 4.48m. Compare that to a new focus estate at 4.67m long with the hatch being 4.38m. In short, the Mondeo got too big for many people.