BACK TO ALL OPINION BLOGS
Currently reading: Why Formula E is succeeding in New York City
UP NEXT
Opinion: BTCC is the easiest way to see Britain's best driving talents

Why Formula E is succeeding in New York City

An exciting season finale proves the electric race series is maturing quickly, and that manufacturers are firmly on board
Open gallery
Close

Even in its third season on the calendar, there’s something surreal – and a little incongruous – about the ABB Formula E Championship racing in New York City.

Partly it’s watching racing cars battle against the stunning backdrop of the Hudson River, Statue of Liberty and Manhattan skyline: hosting an event near New York has been the dream of major motorsport championships for decades (Formula 1’s most recent attempt, a planned street race in New Jersey, collapsed in 2015).

Partly it’s the venue, on a tight 1.475-mile street circuit based at the Brooklyn Cruise Terminal in the Red Hook area of the borough. While you might be able to see Manhattan’s gleaming skyscrapers from the track, the immediate surroundings of the circuit are rundown warehouses, slightly shabby housing and plenty of graffiti.

Still, staging the race around the cruise terminal gives space to construct a fairly decent street circuit by Formula E standards. And, being realistic, it’s not like New York is going to shut Times Square or Broadway to stage an electric car race. 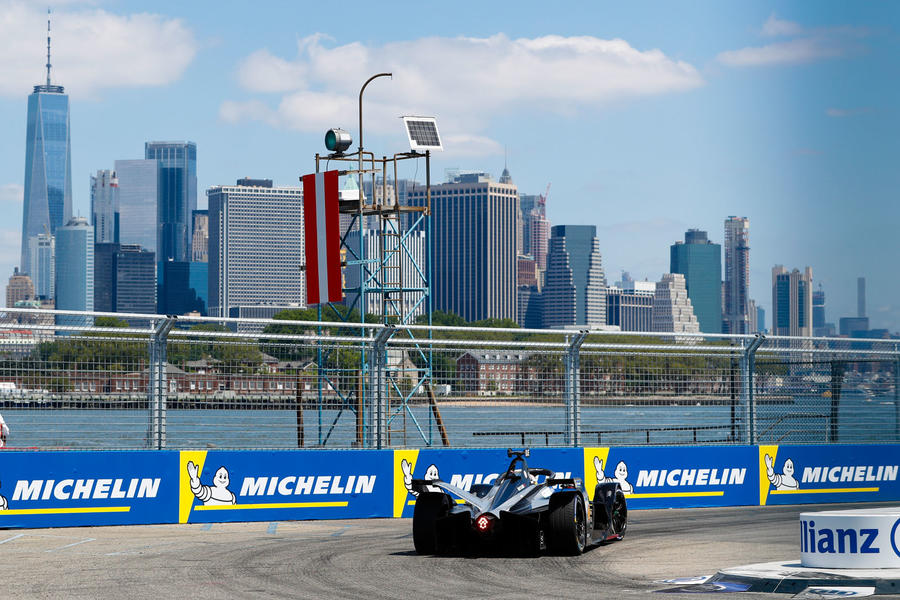 But as with other major cities such as Paris, Rome and, from next season, London, New York wanted to host a Formula E race to promote ‘green mobility’. And for the growing number of manufacturers involved, it’s an opportunity to showcase their ever-expanding electrification programmes to an American audience. While Tesla has helped open the car-buying public in that country to electric cars, the US is still the land of big pick-ups and SUVs – it’s going to take time to get them to consider plug-in cars.

In the main spectator area, the likes of BMW, Mercedes-Benz, Audi and Jaguar all had sizeable stands featuring both their Formula E machines and a growing range of electric cars – US consumers could check out the new Mini Electric, the Mercedes EQC, Audi E-tron, Jaguar I-Pace and even some electric Harley-Davidsons. Just outside the circuit entrance, Nissan had taken over a warehouse with a mini exhibition.

It showed how car firms can use their Formula E programmes to spread the word about electric cars, even simply by building awareness. 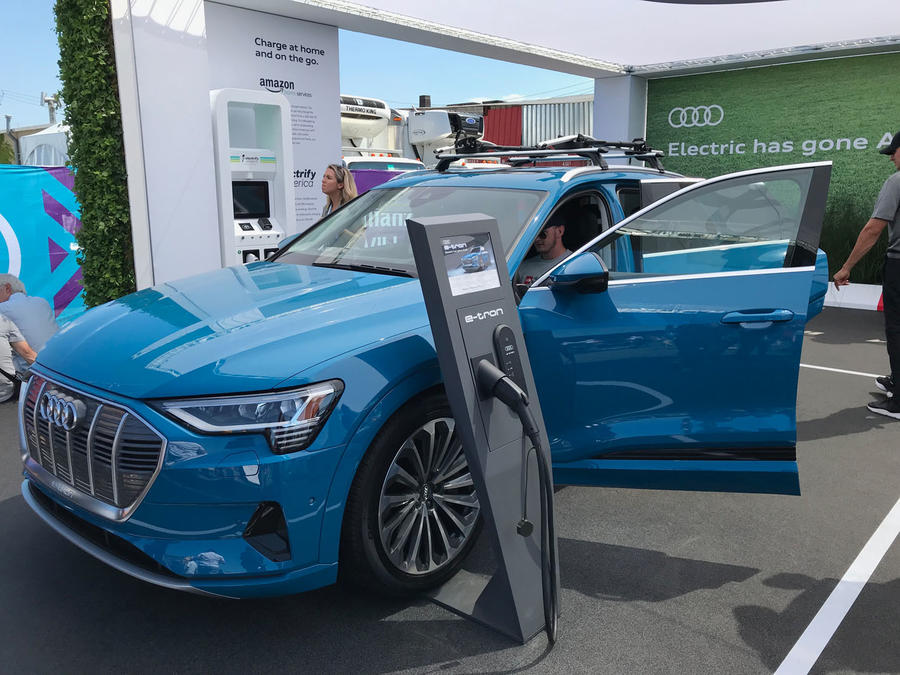 Of course, if you’re using motorsport to showcase your products, it helps if the racing is good as well, and at the end of its fifth season, Formula E is definitely moving in the right direction. The new Gen2 car introduced this season has a far larger battery, allowing the cars to complete the 45-minutes-plus-one-lap races in one go (previously, drivers had to swap cars mid-race).

The new car is also substantially quicker than the old one. The lack of engine noise is still a little jarring for those used to combustion-engined racing cars, but being able to hear the cars hit each other as they battle for positions in a tight hairpin is quite entertaining.

The races in New York were both dramatic and incident-packed, doubtless helped by the championship being up for grabs. Jean-Éric Vergne eventually retained his title, but he had to fight to the wire after two difficult races.

That said, the tight circuit made overtaking difficult, leading to a high number of incidents. That’s a problem on most of Formula E’s street tracks, and something the championship needs to look at going forward.

Over the season the field proved relatively even, with nine drivers from eight teams taking wins in the 13 races. That’s a good sign, since ensuring the ever-growing number of manufacturers involved all have a chance of succeeding will be key.

When Formula E was launched, the prospect of an electric racing championship succeeding long term seemed as likely as staging a major motor race within sight of the Statue of Liberty. The fact both the championship and the race are now well established is encouraging – if still a little surreal.

Racing Lines: Why you should give Formula E a chance

I am doing analysis and after 3 years your information is still relevant to me. That's what quality content means to your target audience. I even tried to find similar information by trying to talk to strangers in specialist chat rooms, but all they could do was recommend your site to me. It's cool to hear that these recommendations weren't anything.

What an amazing post you are sharing here. I am really wonder reading this and welcome method of writing an article. You are always sharing some quality content for us like this post, that why we are always like your posts. I hope you are continuing writing fabulous and informative article for us. I would like you to recommend high quality essay content from best essay writing service; it is helpful to students who are studying in higher studies. Once again I thankful to your post.