BACK TO ALL OPINION BLOGS
Currently reading: Racing lines: Why Wales Rally GB 2019 is not to be missed
UP NEXT
Matt Prior: Will EVs bring a return to the streamliner age?

Racing lines: Why Wales Rally GB 2019 is not to be missed

The familiar soundtrack of popping and banging World Rally Cars will return to the Welsh forests this weekend, as Wales Rally GB kicks off a new chapter for an event that is celebrating its 75th running – and a special relationship with Autocar.

For the first time, Britain’s round of the World Rally Championship will start from Liverpool’s dockside on Thursday before heading to Oulton Park for an evening of spectacular stage action at the picturesque circuit. Then crews head west for three days of intense forest action, with the climax playing out on the winding ribbon of road around the Great Orme near Llandudno on Sunday afternoon. Not quite the five-day slog of the ‘RACs’ and ‘Lombards’ of yesteryear, but it’s still epic.

Spain and a finale in Australia await the crews after Rally GB, but this weekend still promises to be key to the WRC title outcome, which happily is far from predictable this time. Toyota’s Ott Tänak is in pole position to land his first title, with a healthy 17-point lead over six-time consecutive champion Sébastien Ogier – but the 31-year-old Estonian still has plenty to do to end Ogier’s incredible reign.

Last time out in Turkey, Tänak’s Toyota Yaris was undone by an electrical problem as Ogier made what could be a crucial points gain with his 47th career victory. The great Frenchman has won five of the past six Rally GBs, too – but not in a Citroën. Winning a seventh title in a third different car, after four for Volkswagen and two in M-Sport Fiestas, would be his greatest achievement – especially against the rising force of Tänak.

What odds a home win? Probably long, but local hero Elfyn Evans – who won here in 2017 – is back in his Fiesta R5 after missing three rallies with a back injury, and you can never discount Kris Meeke. But his hopes for Toyota will play second fiddle to Tänak’s title needs.

Then there’s that 75th celebration to look forward to, with Autocar playing its part. 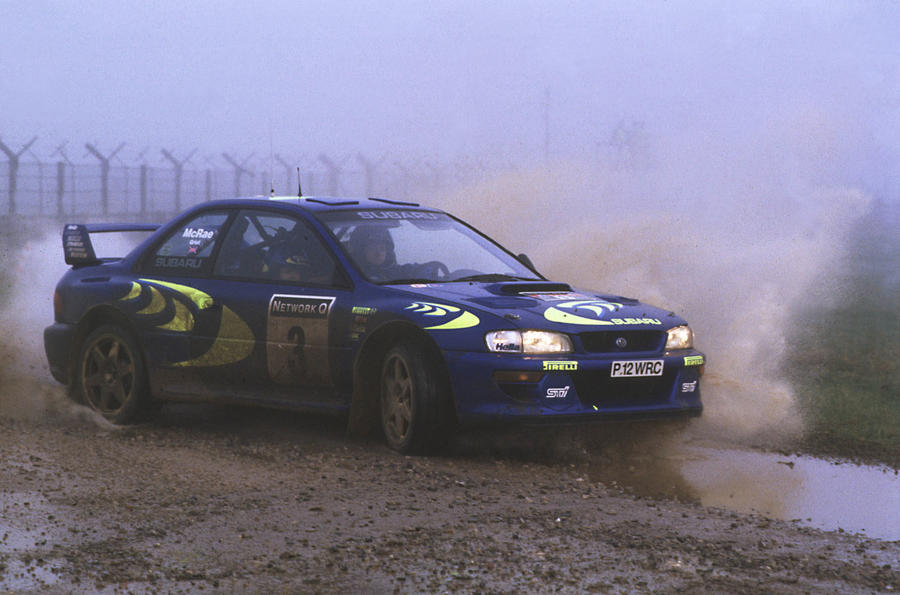 It was this magazine, in 1932, that spurred the RAC to run its own such event and that link will be recalled on Thursday at Oulton with a collection of cars from ‘RACs’ past. The line-up includes a bevy of crowd favourites, and some of mine, too. Past winners include Rauno Aaltonen’s 1965 Mini Cooper S, Björn Waldegård’s 1977 Ford Escort RS1800 Mk2 and Colin McRae’s 1997 Subaru Impreza WRC, and there’ll even be a Lanchester 15/18 similar to the 1932 winner.

Cameras and phones at the ready for a special day.