We get a taster of next month’s landmark rally stages in a fitting vehicle: Toyota's hottest Yaris
Share
Open gallery
Close
Share story

The tribal nature of motorsport means it always feels odd to cross the streams.

The tree-lined roads leading to Oulton Park make me remember youthful visits during the heyday of the British Touring Car Championship’s Super Touring era, but today’s trip is to celebrate a far muddier form of competition – one that’s also more appropriate to the Yaris GRMN that has been my not-especially-civilised companion for the journey here. Because Wales Rally GB is set to return to both England in general and the Cheshire circuit in particular this October.

Although super specials are often looked down on by hardcore fans, who regard rallying as something that happens in forests, they have long offered a way for less dedicated fans to get close to the action without the need to don full survival gear.

They have also come on considerably since the days when a spectator stage meant a poorly marked muddy track around a stately home where only the tallest were guaranteed a view. My memory of a childhood trip to Haigh Hall on the 1986 RAC was a sea of nylon-clad backs muffling the sounds of unseen Group B cars. We’re promised that Oulton will be different on the event’s return here for the first time since 1993.

After a ceremonial start in Liverpool outside the Cunard Building, the first competitive stage on Thursday night will be a 2.5-mile course at Oulton. This incorporates both a fair chunk of the Fosters circuit, from Lodge down to Cascades, followed by a loop back around the small lake next to Knickerbrook through a specially constructed water splash. Cars will then blast up Clay Hill and onto a bit of Oulton’s own rally stage, normally used for experience days. With the chance for some proper speeds, and cars tackling a fair amount of Tarmac on gravel settings, the spectacle should be a good one. Oulton’s very three-dimensional layout also means there should be no shortage of great vantage points. As this is the 75th running of the event, which Autocar had a hand in founding, there will also be a celebratory display of some of the most famous and best-loved cars to have competed. 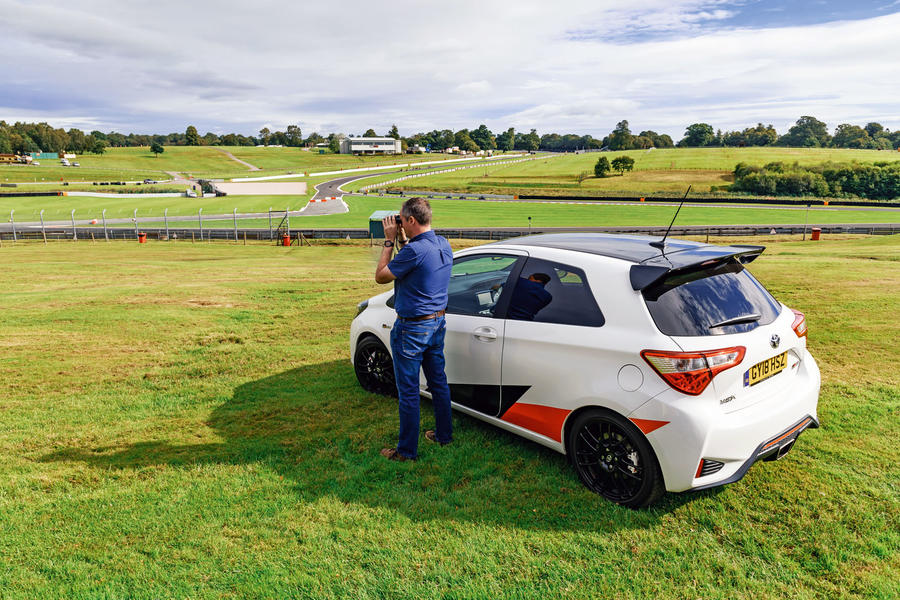 Visiting Oulton well ahead of the stage being constructed, with the circuit busy for a motorbike track day, means imagination is required to work out what it will be like at night and with thousands of spectators here. The water splash will definitely be the star attraction. We’re allowed to take some pictures of the Yaris on the rally stage and, even at low speeds, its clear there’s very little grip from the slick Tarmac surface, the GRMN’s locking front differential kept busy in the search for barely existing traction.

Rally GB’s visit to England will only be fleeting. After Oulton, the remainder of the competitive mileage is all in Wales. But before crossing the border, the Yaris and I have to make another stop, at Chester Racecourse. This is the oldest in the country, founded in 1539 to offer an alternative to the bloody (and often fatal) Goteddsday mob football matches that were previously played here. But it’s not horses that inspire the stop, rather memories of the course’s role as the finish of the 1995 RAC Rally. 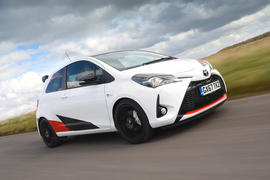 This is where thousands gathered to watch Colin McRae cross the ramp in Subaru Impreza L555 BAT behind a piper, after beating Carlos Sainz to become Britain’s first world rally champion. There’s no racing today so I’ve got the main grandstands to myself. They seem unchanged after 24 years. Sir Chris Hoy, a McRae mega-fan, will be driving a very similar Prodrive-owned 1996 car at Oulton Park on the Thursday. 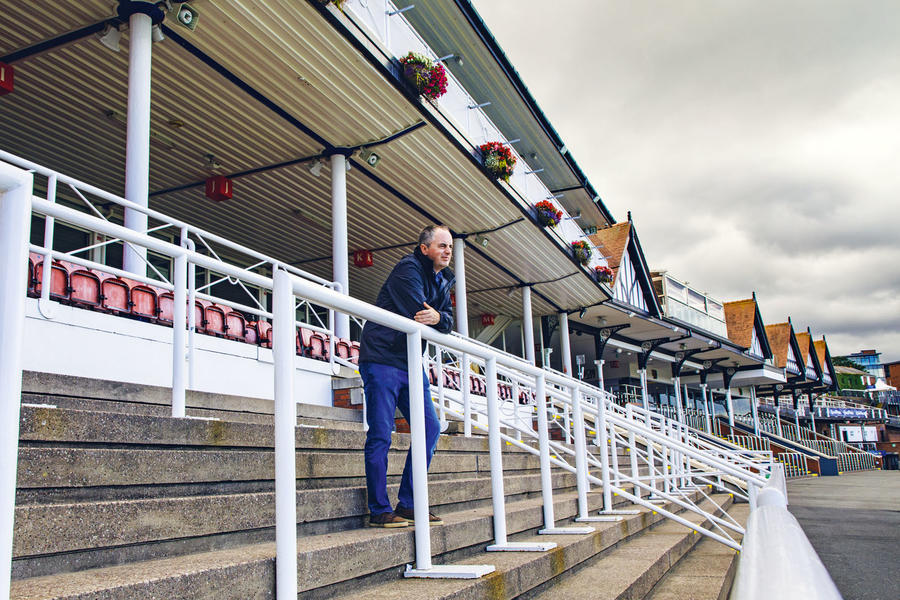 Chester’s location means that the Yaris and I are in Wales barely 10 minutes after leaving the racecourse. The A55 Expressway doesn’t play to the Toyota’s strengths. This is a loud-ish cruiser and the ride never settles at constant speeds, even on apparently smooth surfaces. While taking a fair amount of inspiration from its rallying sister, the GRMN isn’t a homologation special of the old school. Beyond its shared bodyshell and some similar decals, there is no direct connection to the all-wheel-driven World Rally Car, with its clever diffs and savage aerodynamics. But at least it is celebrating the link, even if most other road users just see a hatch with a shouty graphics pack.

The next stop is out of sequence: the Brenig stage won’t be run until Sunday, the final day of the rally. But getting there puts the Yaris into a far more appropriate environment. Turning off the A55 to head across country to Denbigh and then onto Llyn Brenig puts us onto tight, cresty roads much better suited to the car. The suspension is far happier given some work to do and the Lotus-engineered supercharged engine is keen to be let off the leash and sounds much better being pushed harder.

I’m under strict instructions not to take the Yaris into any actual forests, but the roads around the visitor centre get us close to where the action will take place. The 3.99-mile Brenig stage will run alongside the lake and finish next to the mighty dam, with the second running being the final competitive stage of the rally that will count for bonus points as the Power Stage. It could even be the scene of another famous British victory: although neither has won this year, Ford’s Elfyn Evans would love to repeat his 2017 home win and Toyota’s Kris Meeke would be equally delighted to make it to the podium’s top step. 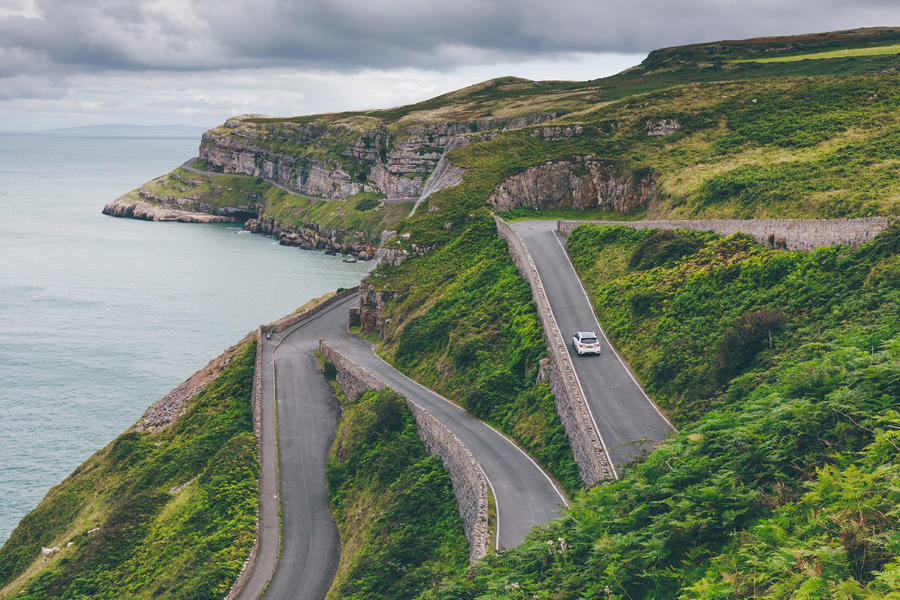 There’s limited opportunity for contemplative reflection, and equally little of the mirror-like variety to be found in the surface of the vast lake itself as the Yaris is manoeuvred onto a slipway for a photo. Despite being here nearly two months before the event, we’ve brought rally weather with us: heavy rain falling from a steel-grey sky.

The run to our final destination, the faded grandeur of Llandudno, gives another chance for the Yaris to impress, on the B5113 towards the coast. Much of the GRMN is close to greatness, its £26,295 price notwithstanding. Throttle response is superb, the differential helps to find impressive grip in the scrabbly stuff and the suspension seems unfazed by whatever I throw at it. But on the other side of the balance, brake pedal feel is poor, the gearshift feels loose and steering lacks the crispness of that found in the much cheaper Ford Fiesta ST. It’s a hugely likeable car, but not a perfect one.

Llandudno will be home to the rally’s service park and paddock throughout the event, which should ensure more atmosphere – and certainly more infrastructure – than the former Deeside base next to Toyota’s engine plant previously used. Visiting in midweek and after the end of the school holidays, we’d expected to find the town quiet, but it’s rammed with visitors and traffic, my clutch leg soon aching in the stop/start crawl, although at least it’s stopped raining. Plans to try to set up a photo at the pier with the famous Great Orme in the background are stymied by the near gridlock, so photographer Max Edleston suggests heading onto the headland itself.

The road around the Great Orme will be used for the 2.95-mile Stage 20 on the rally’s final day. Competitors won’t be expected to pay the £3.50 toll that normally applies. With a narrow road skirting the tops of tall cliffs for much of the way, it’ll look dramatic, although it will be short on technical challenge compared with the slippery forests. But spectators should get a unique perspective from the slopes above. Oh, and take up some fish and chips for the full seaside experience. Here’s hoping the rally’s new home is a successful one. 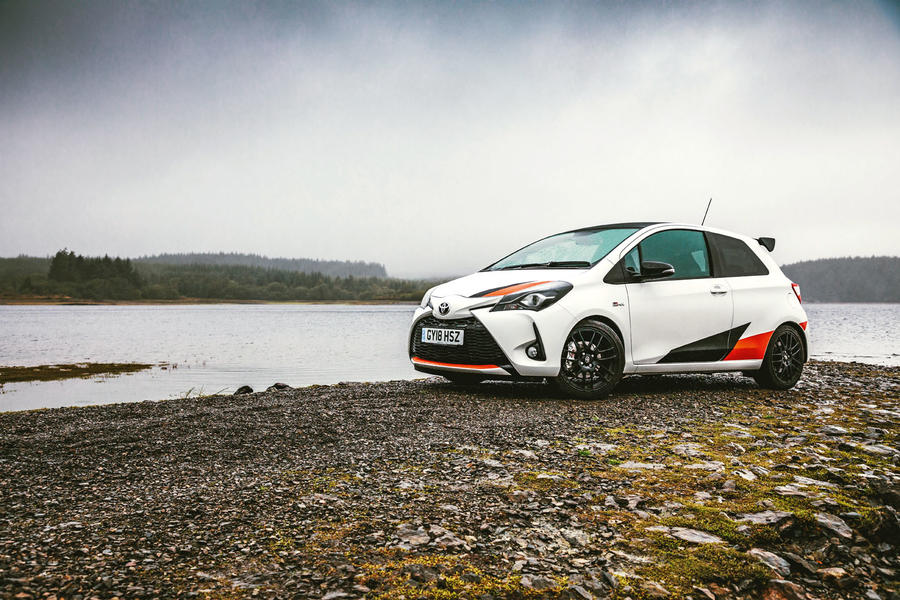 The inaugural RAC Rally was run in 1932 after The Autocar made the suggestion that the Club might want to organise an event inspired by the success of the Monte Carlo Rally. Competitors in standard road cars could set off from nine different start points around the country before driving a 1000-mile route to Torquay via a series of mandatory checkpoints. A total of 367 cars entered, with those under 1.1 litres of engine capacity expected to average 22mph, and all others 25mph. The entrants who reached Torquay, many having driven non-stop, were treated to a reception with the mayor and then a ball. Competitors had, of course, travelled with full evening dress.

The following day, several flexibility trials were held on a closed section of the Torbay road including a very strange form of motorsport – a ‘slow running test’. This was to be carried out in top gear with an observer on board to make sure the clutch pedal wasn’t pressed, cars having to cover 100 yards as slowly as possible. The slowest took more than five minutes to cover the distance, although the report notes dryly that “the majority of the several thousand spectators found the acceleration test section of the road more interesting than watching cars emulating snails”.

Attempts to recreate the feat in the Yaris in the Great Orme car park don’t really work out: even in first running at idle speed, it does about 2mph. The lowest speed the engine will tolerate in sixth is about 20mph. I would have lost by a huge margin… 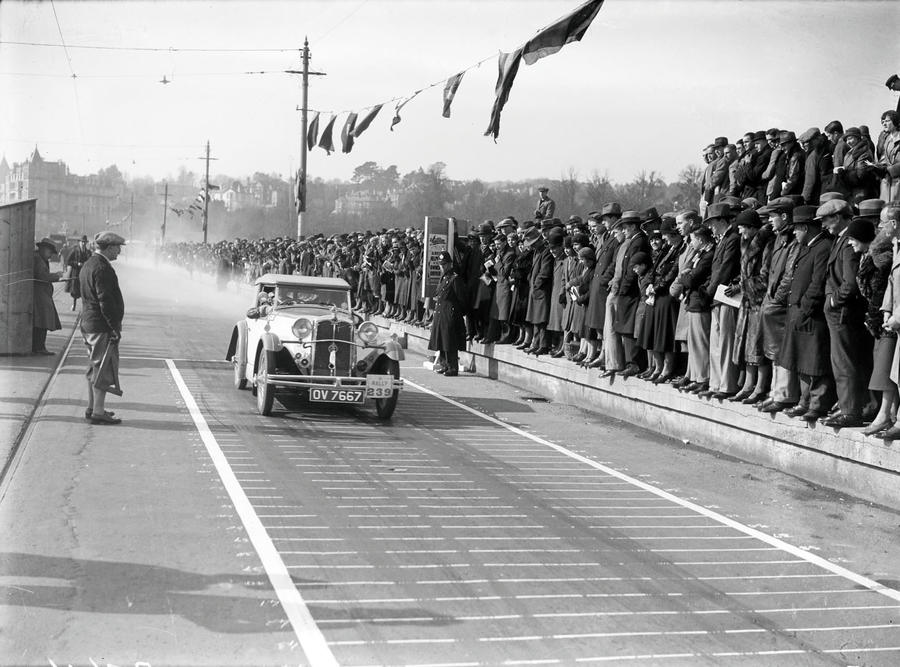 WHO WILL WIN IT?

With just three rounds to go, Wales Rally GB is set to play a pivotal role in a finely balanced fight for the World Rally Championship. Estonian Ott Tänak is favourite to claim his first championship – and the first for Toyota since it returned to the sport – having taken five wins in his Yaris WRC so far this year. But Sébastien Ogier, winner of the past six championships, has shown he won’t lose his crown without a fight. 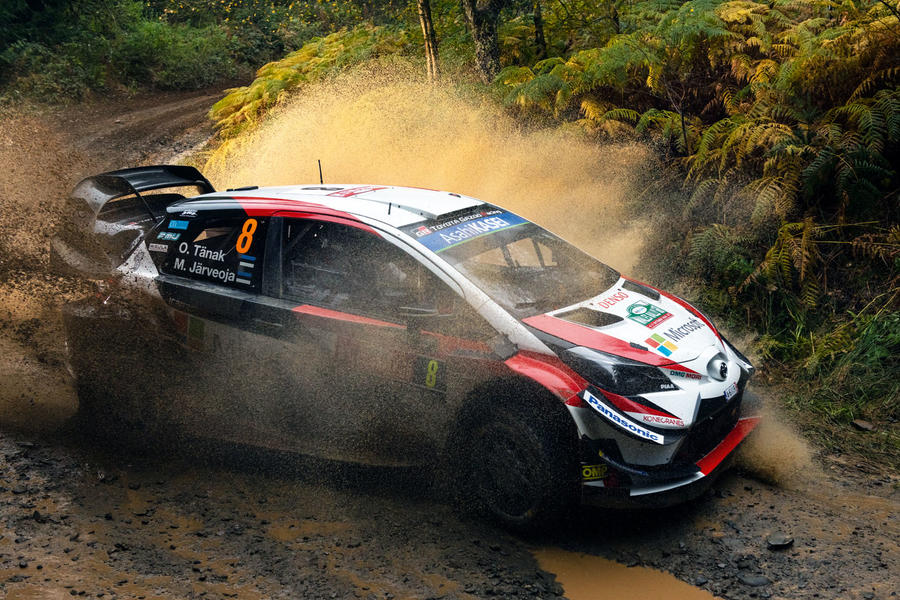 An F-Type with a difference: the open-top Jaguar rally car​