BACK TO ALL OPINION BLOGS
Currently reading: Racing Lines: why Norris could steal Hamilton's thunder at this weekend's British GP
UP NEXT
Opinion: Mercedes EVs will get you home on the range

Racing Lines: why Norris could steal Hamilton's thunder at this weekend's British GP

Home fans will be cheering Lewis Hamilton onto a sixth win at Silverstone, but the standout stars are more towards the middle of the pack
Open gallery
Close

Silverstone is Lewis Hamilton country. The home hero will bid for a record sixth British Grand Prix win this weekend, buoyed by a partisan crowd just like Nigel Mansell and Damon Hill before him.

But beyond the Lewis lovein, the fans know there’s another who is increasingly deserving of adulation. Lando Norris arrives at his first British GP on a rising wave. The McLaren rookie, at just 19, has scored points in four of his nine grands prix so far, and even appears to be getting the upper hand on respected team-mate Carlos Sainz Jr.

McLaren, while improving, is nowhere near the team it was in 2007, but still there’s a faint echo of Hamilton’s debut season when he shook up another Spaniard, Fernando Alonso.

It’s too early and unfair to label Norris ‘the new Hamilton’ – especially when the original is still at large. But the signs are this kid is special. Last time out in Austria, he found himself wheel-to-wheel with the five-time champ – and looked entirely in his element. 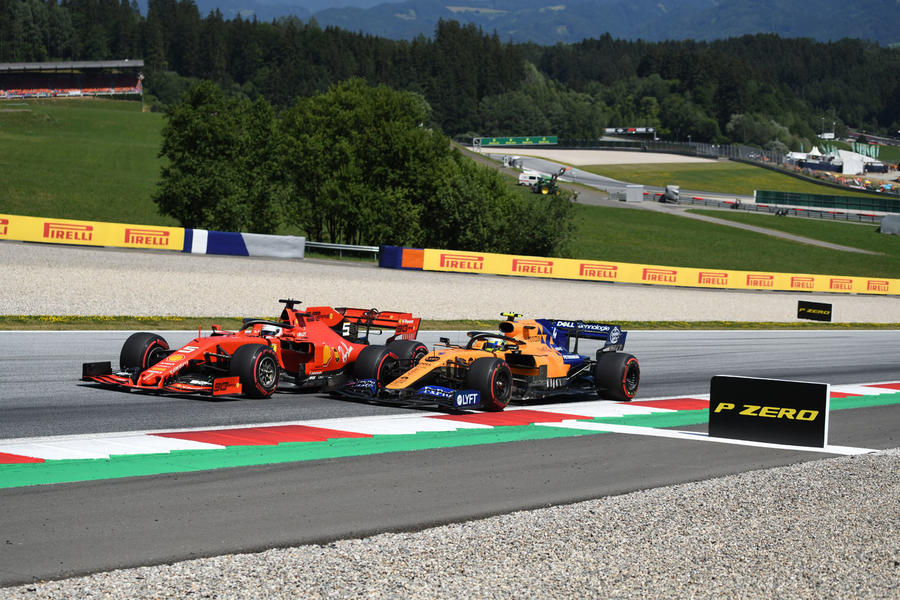 Norris describes himself as “pretty satisfied” with his season so far. “I’ve started the last two grands prix from fifth on the grid, which has been cool,” he tells Autocar. “It was fun to race wheel-to-wheel with Lewis, and Max [Verstappen] in the opening laps in France. We obviously want to be racing these guys consistently at the front, but that’s the future. For the present we’re fighting in the midfield pack, which is incredibly tight. The slightest mistake in quali – a small lock-up, for example – is the difference between reaching Q3 or being near the bottom of Q2. That’s how close it is.”

Under new team principal Andreas Seidl, the man who led Porsche to a hat-trick of Le Mans wins, McLaren has an edge in 2019 that for too long has been missing. It’s officially the fourth-best team in F1 right now, still well short of the Mercedes-Red Bull-Ferrari axis – but that’s some progress.

Such regeneration makes one wonder whether Alonso’s absence has a part to play. Had his divisive presence become part of the problem? Alternatively, we might also ponder what he might be doing with the Renault-powered MCL34 right now, had he not run out of patience and quit. A penny for his thoughts as F1 heads to Silverstone.

Lando had a good race, but, was nowhere near the front, Mercedes drove of into the distance , Vettel did a Schumacher, there was some good close fair racing, and that was about it.

Is F1 that popular over there?

It's an EPIC weekend of sport.  Wimbeldon final.  World Cup final.  Some awesome football.  Nobody in Australia is excited about F1.

Norris has made a great start

to his career - and McLaren appear to currenty be "best of the rest" - but obvioulsy he's no chance of winning at Silverstone or anywhere else this season and probably next. Post Honda McLaren simply doesn't have the resources to challenge Mercedes, Ferrari and Red Bull. And if Renault ever get their act together they should also swamp McLaren. I'd also not be too hot in writing off Sainz just yet vs Norris. He's had the bigger share of the daft penalty regime so far this year. Both re-signed for 2020 so should be a good battle. Most impressive of the new Brits might be George Russell in the lamentable Williams. He's ruining his team mate's return to F1 often by an embarrasing margin. If Williams don't demonstrate that they can make gigantic strides I'd expect Mercedes to place him somewhere else.