It’s been 16 long years since Bentley last raced in the Le Mans 24 Hours, and yet somehow it still seems entirely appropriate that the Crewe car maker should choose to grace the great race once again in 2019 – at least as a parading guest if not as a competitor – as part of its summer of celebrations. In case you hadn’t noticed, Bentley hits its big 1-0-0 this year.

Back in 2003, the marque ended a three-year campaign with a memorable – if barely opposed – victory at Le Mans with its svelte Speed 8. As Tom Kristensen tells us below, the car is now remembered as a modern classic, particularly as it succeeded in delivering Bentley its sixth Le Mans victory – and first since 1930. But the gap between those two landmarks only emphasises the luxury car maker’s lack of competitive activity over its 100 years.

And yet that symbiotic link to La Sarthe remains unbreakable. This year, the l’Autombile Club de l’Ouest – Le Mans’ organiser for whom tradition means so much – even named a street ‘Rue des Bentley Boys’ after the heroes who pedalled the cars that won those six races. The first five wins were written into history in the great race’s first decade of existence, and it’s perhaps this aspect that has made the seal between British car maker and French motor race so strong. Bentley was there from the start (well, the second year, at least) and is still the fifth most successful constructor in the race’s 116-year history, behind Porsche, Audi, Ferrari and Jaguar.

But Le Mans is about more than victories – and actually even race entries. The journey down to La Sarthe is as much a part of the race weekend as the action on the circuit itself. Ours begins at Brooklands, another old race track intertwined with Bentley’s heritage, with a bacon roll and a coffee before we join a cavalcade heading across the channel. 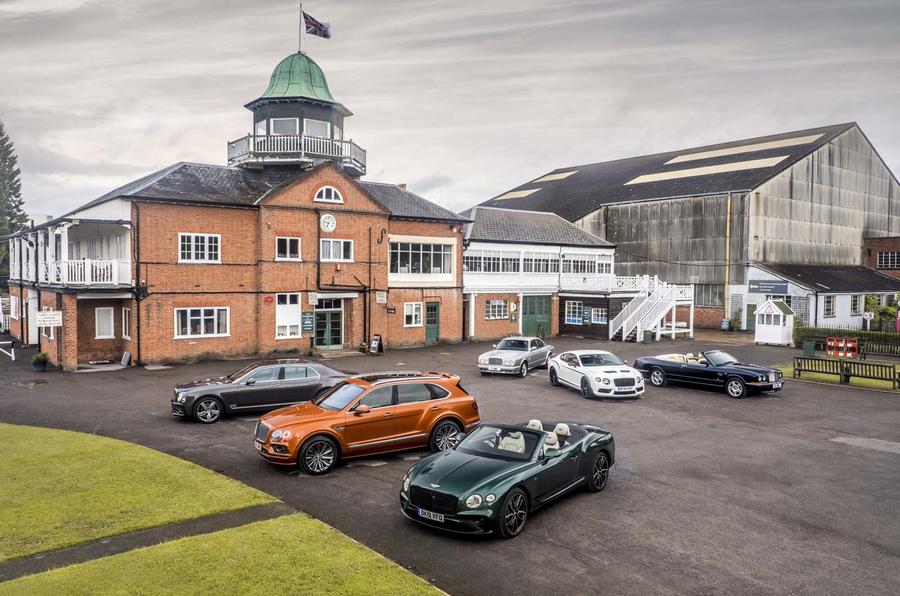 Our drive to Dover passes seamlessly despite heavy rush-hour traffic, but that’s life in a Bentley – even if it is a Bentayga SUV. From the outside, it’s far from a thing of beauty, clashing starkly with the sweeping saloons before and after us in our expensive convoy. But you can’t see the ugliness from inside… and from its heightened vantage point, there’s little doubt it carries the best traditions of its maker. It’s a perfect M25 cruiser.

But from Calais it's with relief that Autocar finds itself switched to a Mulsanne - a 'proper' Bentley and one that again has traded on that Le Mans tradition in its evocative name. 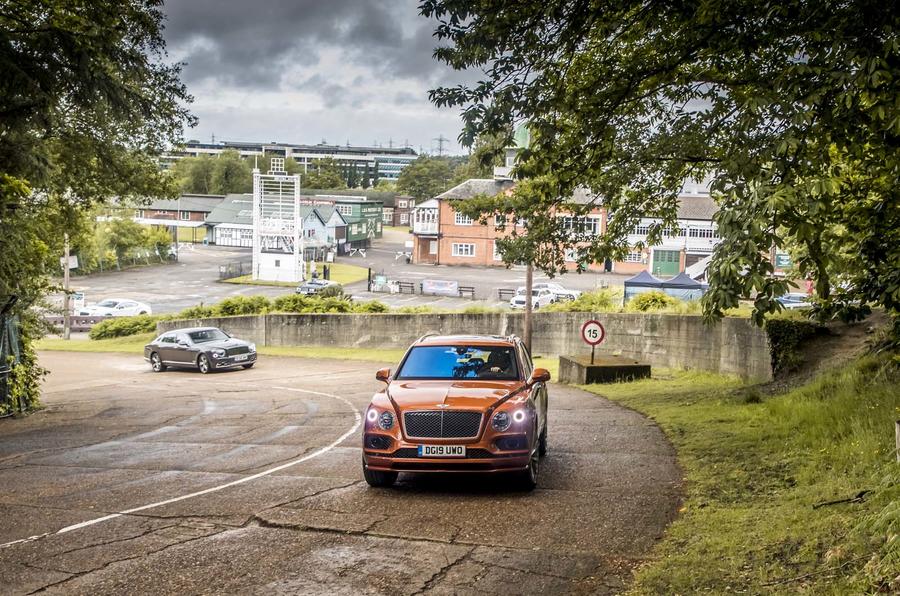 After a suitably sumptuous but over-long lunch stop at the incredible La Grenouillere restaurant in La Madeleine-sous-Montreuil, the Mulsanne stretches its legs on the four-hour drive to Le Mans. All too predictably, the pretensions of a cavalcade are broken at an early fuel stop, but that’s OK. To waft among locals on the road to Rouen, then south down the near-empty A28 is best experienced as a solitary pleasure. On a road so familiar from countless journeys to the greatest race in the world, you become aware in a Mulsanne that there’s no better way to travel. The cushioned ride, the hushed thrum of its W12 – it’s actually emotional given the relevance of our final destination.

And that sense only increases to new heights on Saturday afternoon when we join a parade of Bentleys on the 8.4-mile Circuit de la Sarthe itself, just a couple of hours before the race start itself. The Mulsanne growls when let off the leash - briefly and in short blasts, given that this is supposed to be a slow-speed display. But there ahead of us is a Speed 8, veteran of the 2003 campaign, driven by a proud motorsport boss Brian Gush, who is retiring from his role. We can't resist… 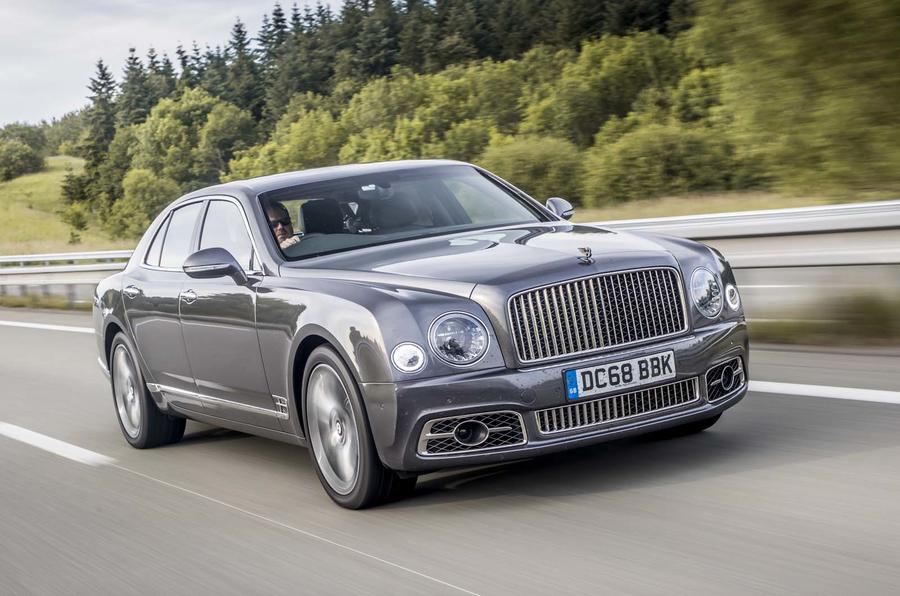 Afterwards, as the experience sinks in, we’re drawn back to Kristensen’s account of 2003 – and the most significant sporting achievement for Bentley since 1930…

“We talk about iconic Le Mans cars from the 1960s and ’70s, but the Bentley is the most elegant,” states Tom Kristensen. “There are aggressive cars and beautiful cars, but the Bentley Speed 8 had it all in 2003.”

Okay, so he’s biased. After all, it was he (with team-mates Guy Smith and Dindo Capello) who made special history in this car when they became the first ‘Bentley Boys’ to win Le Mans since 1930.

The stat says much about the marque’s thin sporting record since its first glorious decade, but as we mark Bentley’s centenary, it’s worth revisting that 2003 win as Crewe’s most significant racing achievement since the war – and a legacy that will be celebrated at Silverstone Classic next week when Shaun Lynn promises the sensation of the meeting by giving a Speed 8 its historic racing debut. Incredibly, he will be racing one in the Aston Martin Trophy for Masters Endurance Legends, and it's probably not a stretch to suggest he might win…

Kristensen has a record nine Le Mans wins to recall, of course. Choosing a favourite from the seven victories with Audi, one with a Joest-run Porsche and that Bentley win is near-impossible – but 2003 clearly means a great deal to him. The great Dane is no historian, but he has always understood and cherished the significance of winning for Bentley. 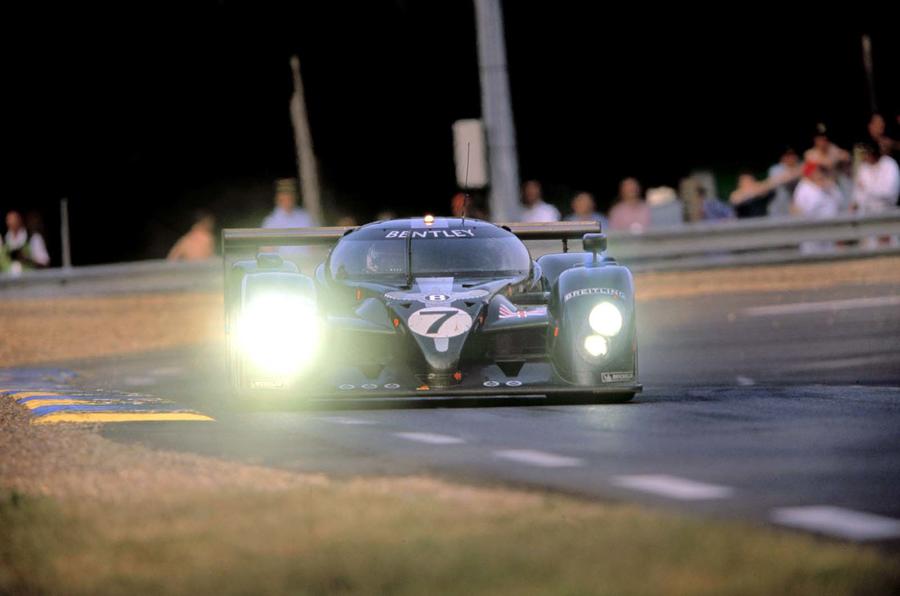 Tom only ended up in British Racing Green because Audi withdrew from sports car racing for 2003, having dominated Le Mans for three years with the R8. It would return in 2006 with ground-breaking – and instantly successful – turbodiesel power, but for now the stage was left to privately entered R8s and the Bentley works team. Dr Wolfgang Ullrich, Audi’s motorsport boss, thus sent Kristensen and Capello out on loan to the sister brand.

“I knew before Christmas that I would be a Bentley Boy the next year,” says Kristensen. “I tested the old car just before Christmas and the new car in January.” He was in the midst of his incredible roll at Le Mans, having already won four times, including for the past three years. Did he expect to add a fifth this time? “We didn’t know we had the best car,” he insists, pointing towards the Sebring 12 Hours as evidence. The tough Florida classic in March was used as a barometer for Le Mans – and Bentley was beaten by a pair of Joest-run Audi R8s the team would also face at Le Mans.

“We knew being beaten at Sebring that we needed to improve,” says Tom. “The car initially was too stiff, the aero quite aggressive and it wasn’t an easy car to drive on the limit. The coupé had an aerodynamic advantage, but we had narrower tyres than Audi and a bigger engine. We were struggling to be consistent through a stint, let alone two, and we knew at Le Mans we needed to do three. But it was very hot in the car, 50 degrees at Sebring. All these bullet points we were working at.” 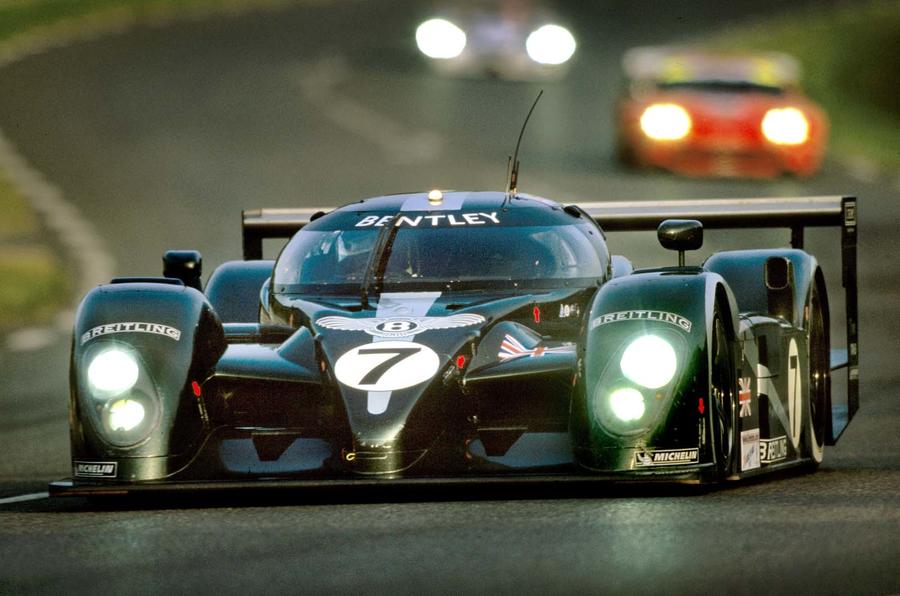 Kristensen recalls extensive tests at Jerez in Spain and 24-hour endurance runs at Paul Ricard, during which the Speed 8 (all-new from the EXP Speed 8 that finished on the podium in 2001 and fourth a year later) was honed and perfected. “We got the set-up softer, everything matched better, but we had a constant challenge of the rear ride-height dropping, and pushrods were flexing a bit,” he says. “Even at Le Mans on the grid we were lifting the rear ride-height because we were afraid it was going to sit too low – not only for performance but also for reliability.”

Still, at the traditional spring test day at Le Mans, the Bentley was around three and half seconds clear of the opposition – and at the race itself Kristensen comfortably took pole position: by 2.3sec. The Speed 8 clearly was the class of the field. But as ever at Le Mans, would it last the distance?

“Apart from the ride-height – in the early hours when Dindo was driving he had a lot of bouncing on the splitter due to that change – we had a more or less perfect race,” recalls Tom, “whereas our teammates had to change the battery.” By the flag, Kristensen, Smith and Capello were two laps clear of Mark Blundell, Johnny Herbert and David Brabham in the sister car, and five laps ahead of the closest Audi.

Celebrations for Bentley’s sixth Le Mans win were predictably grand. A parade along the Champs-Elysee the following day in Paris had been pre-arranged – against Kristensen’s better judgement. “I remember someone from Bentley marketing at the pre-test saying they had organised it. I said ‘Stop! I can’t listen to that. Whatever you’re planning, we don’t need to be involved.’” 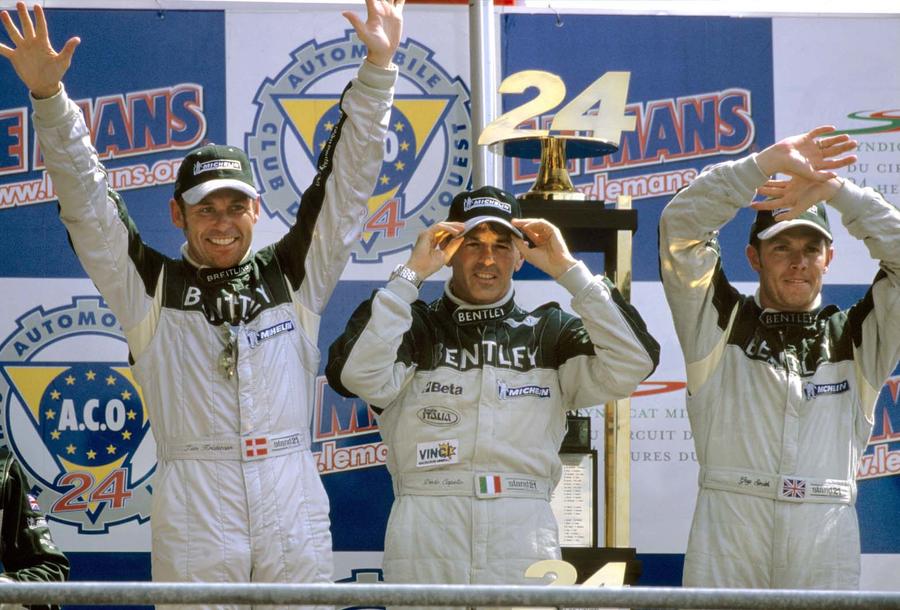 But once the race was safely won, he enjoyed it – even if the car, driven by Bentley ambassador Derek Bell, didn’t. “Just starting the Speed 8, the inlet temperature goes up like a bazooka if the car is not moving: start the engine, it’s 70 degrees, look away and back and it’s 76, then boom,” says Tom. “Driving into the traffic, Derek in the hot summer of June had a big problem. But apparently the engine of that car is still in one piece – and it has never been started again.”

A celebration dinner at the Savoy Hotel in London was even more memorable. “They had arranged the daughter of Woolf Barnato, one of the original Bentley Boys, to be on my table,” says Tom. “She was 80 or 85, but we talked a lot and she was really into Le Mans. Her name was Diana, and apparently she was the first British woman to fly through the sound barrier. The winning car was in the middle of the room and we did pitstop practice in black tie. She jumped in and out!”

Kristensen, ever the pro, had done his homework, understood tradition – and that meant he took maximum pleasure from his Bentley experience. “I enjoyed being a Bentley Boy,” he says with a smile.

Objective achieved, the Speed 8 never returned to Le Mans. Kristensen and Capello went back to Audi and further Le Mans glory, while Smith enjoyed success as part of Bentley’s next project: a Continental GT3 racer. But without class representation at Le Mans, that campaign has never gained the kudos it probably deserves.

Hypercar rules are on the horizon to kick off a whole new era at the Circuit de la Sarthe. But whether Bentley has the wherewithal or the stomach to return to the race it will forever be most associated with remains to be seen.

The story of Silverstone's surfacing disaster

Aston Martin Valkyrie will race at Le Mans in 2021​