BACK TO ALL OPINION BLOGS
Currently reading: Racing lines: So long, Oliver "Captain Corvette" Gavin
UP NEXT
Buying a £1000 Saab from a hidden car collection

Who would have thought it? ‘Captain Corvette’ is called Oliver, and he’s from Bedfordshire. For nearly 20 years, he has raced America’s greatest muscle car all over the world with astounding success and now, at age 48, is finally stepping back from the front line. But Oliver Gavin is far from finished with the car that has come to define his racing career.

“The timing was right,” he says of his decision to step down from his full-time role with Corvette Racing, run by Pratt & Miller in Michigan. “Sometimes you have to make a decision and go, which is what I’ve learned, in every respect, from my 30 years in motorsport.”

Nineteen seasons; few racing drivers enjoy such long associations, but somehow Gavin, a true English gent and dedicated family man, has become the ultimate ’Vette vet, fully woven into the fabric of the colourful US scene. Funny how things turn out.

With a different run of the baize, Gavin would be an ex-Formula 1 ace instead of one of the world’s best and most experienced GT endurance racers. British Formula 3 champion in 1995, he jumped on a plane bound for the Australian Grand Prix at the end of that season to race for the minnow Pacific team – only to be refused the superlicence required for F1. Probably just as well given the state of a team whose ill-starred flirtation with grand prix racing was about to be cut short.

A spell in Germany’s DTM touring car series with Opel and a final push for F1 in the cut and thrust of Formula 3000 left him “stumbling along” – until he headed west to the “promised land”. Sports car drives for Saleen and in privateer Lola prototypes gave Gavin a first taste of American motorsport and changed his life when Corvette racer and rival Ron Fellows asked for a word after a podium ceremony: “He said: ‘Here’s [Corvette Racing boss] Doug Fehan’s number. Give him a call. You’d be a great fit.’ I did, we arranged to meet at Laguna Seca and it all started from there.” 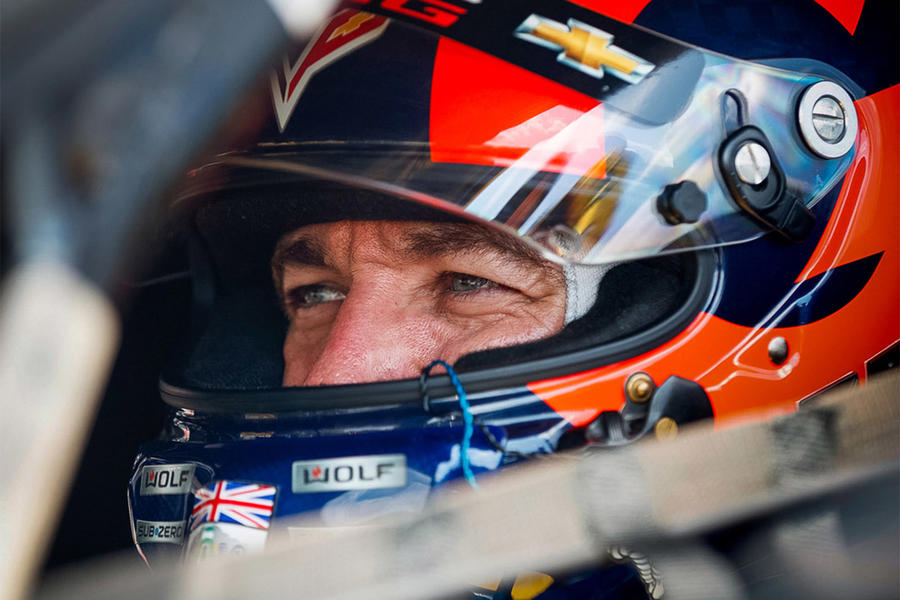 At Sebring in November 2001, Gavin tested a Corvette for the first time. Exactly 19 years later, at the Florida track’s famous 12-hour race (pushed back from the spring to autumn by the pandemic), he made his final appearance as a full-time Corvette driver. It’s likely that he will race for the team again (where and when has yet to be defined), but this was the end of an era in which Gavin has claimed five US series titles and 51 GT class wins, including a remarkable five at the Le Mans 24 Hours, five at the Sebring 12 Hours, five at Road Atlanta’s Petit Le Mans and the 2016 Daytona 24 Hours. At Sebring, a few suddenly found that they had something in their eye.

Gavin’s Corvette highlights include the hat-trick of Le Mans GT wins he shared with Jan Magnussen and Olivier Beretta from 2004 to 2006 against arch-foe Prodrive, which was just beginning its long-running Aston Martin campaign. As a Brit, the rivalry held particular juice for Gavin, who is now great friends with its architect, George Howard-Chappell, and lead driver Darren Turner. “It was unbelievable racing and a great part of my career,” he says. “Ferociously competitive, but we look back on it very fondly."

Daytona in 2016 also stands out, following a final 40-minute duel with teammate Antonio García that ended in the race’s closest ever finish: just 0.034sec separated the two C7.Rs after 24 hours of action.

“That was intense, with so much on the line, because our pit box was full of GM management,” says Gavin. “GM president Mark Reuss was there, and he gave us permission to race; he’s a proper racer and trusted us fully. It was an amazing moment where you realise it’s all on you. There’s responsibility here to race hard and win for yourself, but if you make a mistake…

“It was so close to the end. Antonio and I have immense respect for one another; when he knew I was stopping, he was gracious enough to give me the picture of the finish – one he doesn’t like too much!” 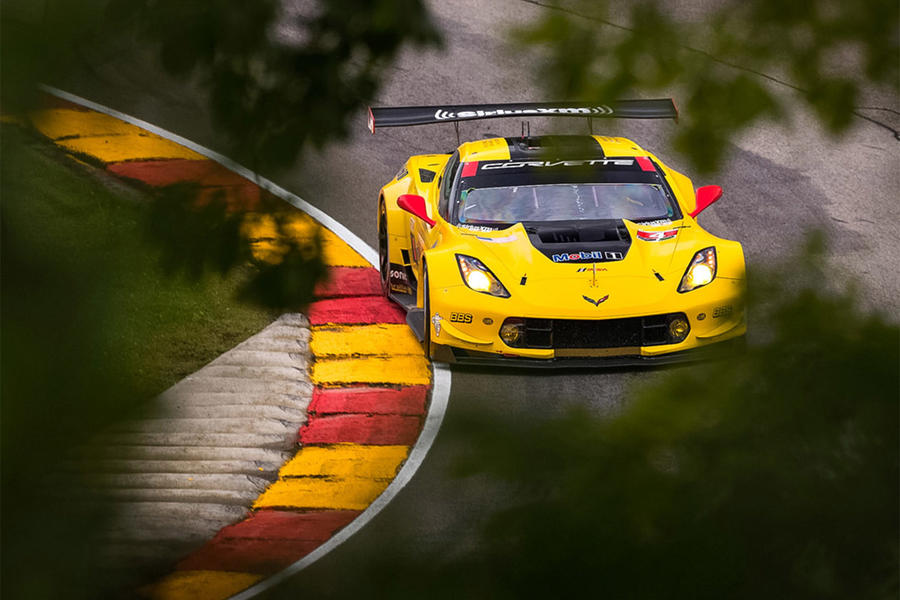 ‘Raw’ but awesome racing in America

After two decades, Gavin is well versed in US motorsport, but like all Europeans he recalls the culture shock of American tracks we would describe as hairy. “I’d say they’re just ‘real’,” he says. “There’s hardly a reference to track limits. Everybody knows the deal: if you go off, you’re either on the grass or in the wall. You come to understand where the limits are. Could the safety be better? Yes, at a lot of tracks. But the cars have got safer. Sebring is hairy, but that’s part of its character, what makes it so amazing. Drivers from Europe, they finish their first practice session and are wide-eyed, but they’re also so enthused. It’s such a raw experience. Road America is the same, as are some of the street tracks, like Long Beach. In Baltimore, we had to go over a tramline on the back straight, which made the cars take off… but everybody just got on with it and made it work.”

So, what’s next for Gavin? Retirement tends to be a dirty word for racing drivers and, sure enough, he refers instead to “the next chapter”. His plans will still revolve around Chevrolet, to share his love for all things Corvette, including the new mid-engined C8 Stingray, which will be launched in the UK in right-hand-drive form next year.

“It was Mark Reuss who called me Captain Corvette,” says Gavin. “I’ll take that name and use it. If I can use the past 19 years and the equity I have to push my passion for the car, I’d love to.” We’re certain that no one is better qualified.

Racing lines: Why DTM is muscling in on GT3