BACK TO ALL OPINION BLOGS
Currently reading: Autocar's favourite racing drivers: John Miles
UP NEXT
Steve Cropley: Why I'm worried about Jaguar

I grew up worshipping people who could race cars well, but when I started to meet them for the job, a certain disappointment set in. Having hoped for long explanations about how they analysed and honed their magical skills, I was disappointed that so many, even the best, were from the don’t-ask-me-mate-I-just-do-it school.

John Miles restored my faith. He was the thinking man’s racing driver, a cerebral character who rose in the late 1960s to become Jochen Rindt’s team-mate at Team Lotus in Formula 1, before turning his back on the sport to become, first, a distinguished technical journalist at Autocar, and later an accomplished engineer mainly at Lotus, who specialised in chassis and suspension design and dedicated himself to developing better road cars.

Having “caught” motor sport as a kid from an uncle, he started with an Austin Seven at 16, meticulously prepared it himself, and thinking nothing of driving 200 miles to Oulton Park for a race, then 200 miles back. He dreamed of big cars, GT40s and Cobras, but had to lower his sights somewhat and eventually moved to a Lotus Elan, in which he “won just about everything”.

Through this he was spotted by Lotus and started racing Lotus 47 sports cars and F3 single-seaters. That led to F2 and F1: he did 15 grands prix but the relationship with Colin Chapman never really worked; he was replaced soon after Rindt’s death at Monza.

He raced sports cars for a couple more seasons, then joined the road test team here at Autocar, creating a much-loved column called ‘Miles Behind Wheel’ that specialised in improved versions of ordinary cars. One of his better-known projects was to devise a cheap, highly effective rear suspension mod for the Ford Capri that improved its handling tremendously. 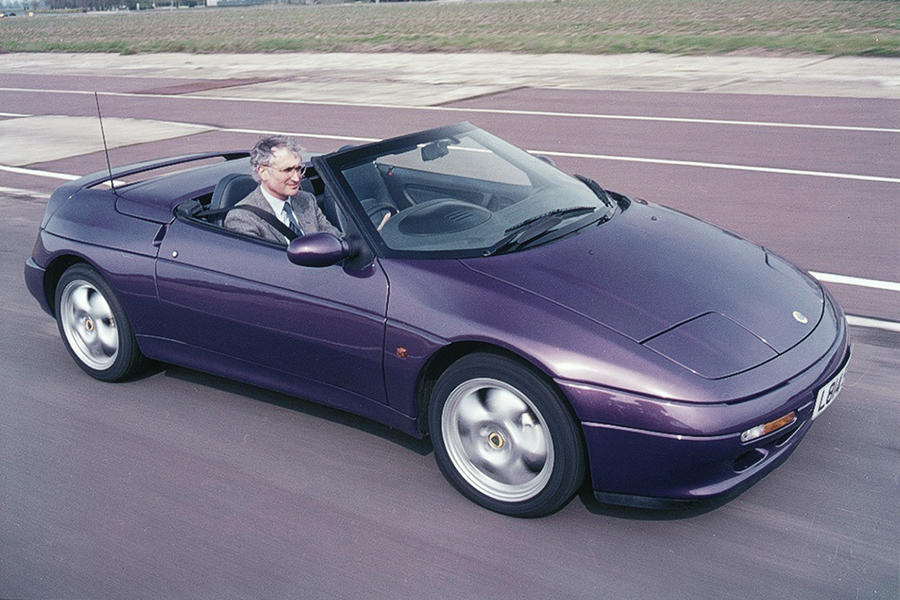 After about a decade, Miles’ restless nature and a desire to “use my hands again” led him to Lotus Engineering, where he was involved for 18 years (mostly in an unacknowledged capacity) in improving a variety of road cars, from Vauxhall Astra to Aston DB9. He had a period of prominence when Lotus launched the front-drive, second generation Elan, whose clever suspension geometry much reduced the torque steer that affected light, powerful fwd cars back then.

My memories of him include phone calls at midnight as he struggled to get over some journalistic hurdle or other (he was a good writer, but not as fluent as he’d like to have been) and especially for his presence at our “Britain’s Best-Handling Car” days in the ’90s. Sitting beside him was a pleasure and an education. On one Goodwood occasion I remember driving with him in a Honda NSX, a car he enjoyed. I drove first, and he was commendably tolerant, but when he took over his speed and smoothness made it obvious that his talent was still abundant.

I also remember one young (and, it must be said, ignorant) staffer driving with him and then stepping out, impressed. He asked John if he’d ever done any racing.

Another John Miles titbit was that he purchased the Autocar long term test car and modified the axle location as Steve Cropley mentions. He worked on it so much that he proposed to Aston Martin that they make an "8/10 Vantage" out of the Capri which entered limited production as the Tickford Capri. It led to Aston/Tickford working with Ford and Blue Oval ultimately buying the company.

How terribly sad that almost no one has commented on the great John Miles !

He was a real club racer that made it to Formula 1 , he was a very fine engineer, and I thought a great writer contributor to this magazine . He came from of all things a successful acting dynasty, his father, Sir Bernard, a Shakespearean actor of note , and made famous to the masses for his Guinness ads on the TV in the sixties/seventies, " it looks good, tastes good and by golly it does you good ", his sister was the starlet Sarah Miles. I first noticed his name when I was a "Motoring News" reading schoolboy, seeing him endlessly winning club races in a variety of machinery.  Next he was racing for Team Lotus, next to Rindt and Hill, but driving ( if memory serves the horrible 4WD Lotus 63 ), but he had a torrid time with Lotus, I got the impression Colin Chapman was "the master engineer" and didn't really like a driver on his "engineering level". I remember the great excitement of him debuting the Lotus 62, which was basically a space frame Europa with the first LV series Lotus engine . Next he was a great technical journalist with this magazine, I remember well seeing him on press day at the Birmingham Motor Show , being totally entranced by a newly restored/created Auto Union Grand Prix car on the Audi stand, and thought among all the dross that fill pages with not much, here is a truly bright star. Then he went to Lotus the road car manufacturer, and was involved with the early developments of active suspension , and then of course the hugely underrated FWD M100 Lotus Elan ( which is nothing like as bad as certain Autocar journalists would have you believe ! ), I've been driving mine for twenty five years, and its still capable of making a good account of its self against the most modern opposition . So I say thank you John Miles, for so many great achievements, for bringing much joy into the life of a penniless young enthusiast , for pointing out why my Matra Mureana had some very wayward handling characteristics under extreme conditions and for helping to create the M100, which has brought such motoring pleasure for so many years . RIP.

Quite a bit, he said. Very good. I can imagine he was the thoughtful racing driver. I read somewhere that he was shaken by Rindt’s death. Why wouldn’t he be?