BACK TO ALL OPINION BLOGS
Currently reading: Why Mitsubishi won't make a new Evo
UP NEXT
Opinion: Vandoorne back on form as Formula E hit Monaco

The gas-turbine technology in the Mitsubishi Mi-Tech concept is a bit of a red herring. The company admits it has only been looking at it for a short time, and is well aware of all the technological limitations (heat management, reliability, maintenance) that have always prevented it from entering production when it gets mooted every decade or so.

Instead, of much more interest is the concept’s powerful four-motor electric technology the gas turbine works alongside. Two motors sit on each axle, giving each wheel individual control. The performance is quite staggering, the company claims, and this technology is feasible for production even if it remains some way from getting there.

Which all sounds like it would be ideal as a way of powering a reborn and reinvented modern-day Evo if Mitsubishi was serious about doing so as it once seemed to be. Two years ago, in fact, it was doing just that, in showing its e-Evolution concept – which made do with just three electric motors to the Mi-Tech’s four.

Back in 2017 when the e-Evolution concept was launched, Mitsubishi was in its honeymoon period at the Renault-Nissan Alliance (now Renault-Nissan-Mitsubishi Alliance), and the concept showed just what could be possible. There was new management, who were well aware of the asset and cachet it had with the Evo name.

The use of that famous Evolution name and its new high-performance drivetrain raised hopes that a return for the Evo as a stand-alone electric crossover was very much on Mitsubishi’s agenda.

It may have been then, but it isn’t any more. Even if the Mi-Tech concept has an even higher performance four-motor electric drivetrain to the e-Evolution’s three, the Evo name is now nowhere to be seen, and any executive you speak to confirms the Evo still doesn’t have a pulse. 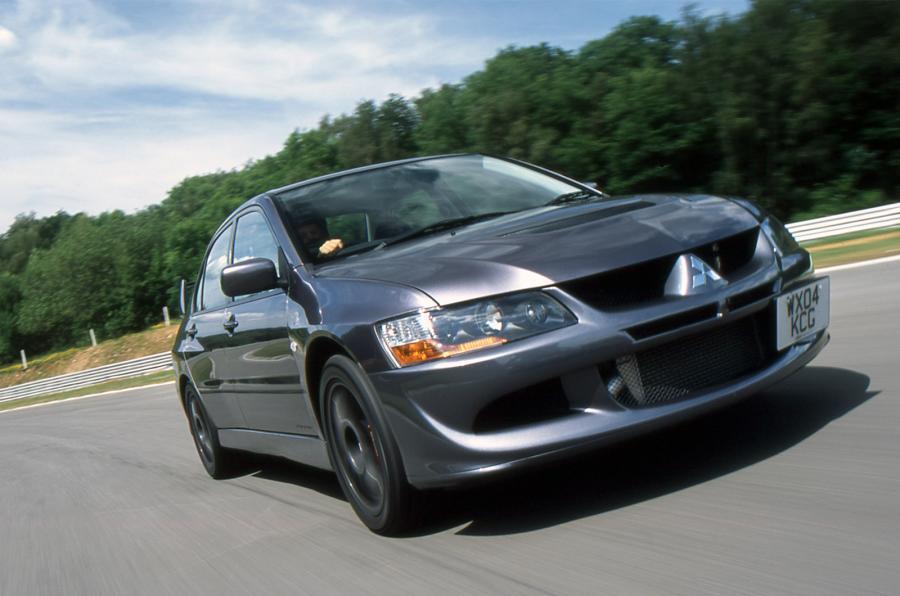 Now the role of Mitsubishi has been more clearly defined, with a laser focus on four-wheel-drive electrified SUVs (a new Outlander PHEV, new electric ASX and plug-in hybrid Eclipse Cross all in development), there isn’t the capacity for anything else.

The focus on these models, combined with Mitsubishi’s ultimately limited resources, the ever-increasing pressures on meeting emissions legislation and, seemingly, the absence of any real business case to be made that would propel the Evo to being a sales success, means there just isn’t the possibility of the name coming back.

“What any OEM struggles with is investment capacity,” said sales and marketing boss Guillaume Cartier. “Twenty years ago, you could bring big new cars and technology. Now you have to bring the same cars that you just have to make compliant. R&D budgets are spent in just complying. The cost to launch a new car is bigger now than it used to be, as the cost of compliance is bigger than in the past.”

And within all that, the Evo simply doesn’t fit.

Yet there’s another Mitsubishi legend that seemingly could fit in with the firm’s electrified 4x4 SUV focus that it no longer makes: the Shogun, which has just gone out of production in Japan. Given the recent revivals of the likes of the Land Rover Defender, Jeep Wrangler and Mercedes G-Wagen, Mitsubishi may be sitting on the perfect flagship to link its past to its future, and one that won’t upset the purists.

Mitsubishi could return to performance cars with reborn Lancer Evolution​

Mitsubishi problems run deeper than whether or not EVO name is used on a concept. You can easily change a decal or chrome badge to meet marketing needs. What you cannot do is produce a modern and relevant range that is worthy of an historic badge without big budgets.