BACK TO ALL NEWS
Currently reading: Mitsubishi Mi-Tech concept previews new hybrid powertrain
UP NEXT
Report: Rivian could build electric 4x4s in the UK

Mitsubishi’s new Mi-Tech compact SUV concept for the Tokyo motor show previews a new type of plug-in hybrid drivetrain that goes without a conventional petrol or diesel engine, as well as giving hints at the design of the next ASX due in 2021.

Mitsubishi claims the lightweight, compact generator is around half the size of a conventional combustion engine but just as powerful and is able to run on a variety of fuels including alcohol, kerosene and diesel to allow it to be adapted to suit different regional requirements.

The generator powers four electric motors, two on each axle in what Mitsubishi calls its Quad Motor 4WD System. Mitsubishi has not revealed any specific performance, range or output figures for the new plug-in hybrid drivetrain in the Mi-Tech, but it is understood to be intended as a high-performance system. The system is a development of that seen on the e-Evolution concept from 2017, which used three motors, and demonstrates Mitsubishi's desire to continue to offer high-performance drivetrains having killed off the Evo as a seperate model. 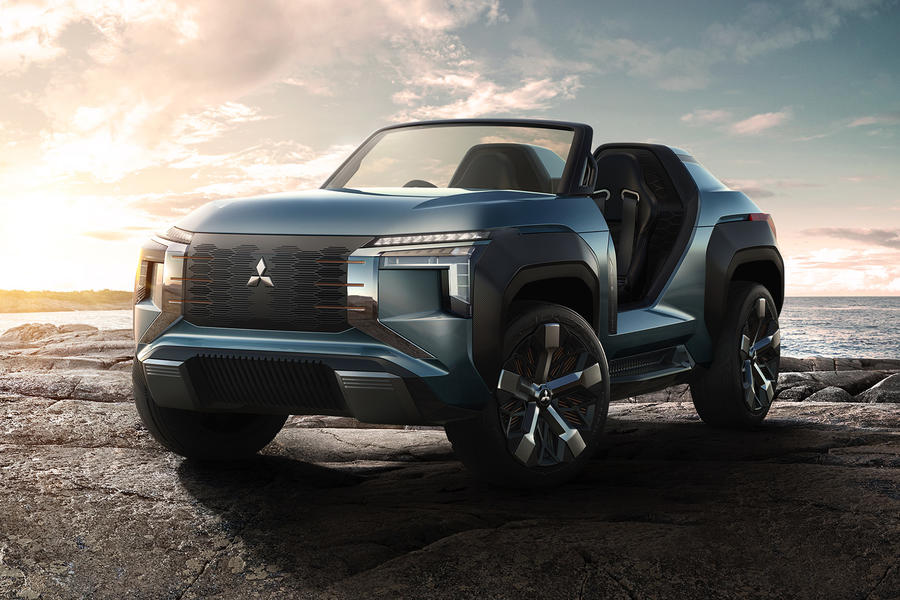 Mitsubishi has been a pioneer of plug-in hybrid technology through its Outlander PHEV SUV, which mixes a 2.4-litre petrol engine with a 13.8kWh battery and twin electric motors.

The Mi-Tech’s new system is intended to preview an application for plug-in hybrid technology for smaller SUVs, although such a radical switch towards gas-turbine technology is not something as yet with serious production intent.

The firm's engineering boss Hiroshi Nagoka said that the technology had only been in development at Mitsubishi for a short time, and it was a long way from proving itself in areas including heat management and control, and suitable materials for durability. That said, it is now the subject of an "advanced development" programme, and Mitsubishi will hope to overcome the reliability and durability issues that stopped the technology making production when it was last mooted a few years ago on the Jaguar C-X75 concept car when that was slated to make production.

Mitsubishi’s chief operating officer Ashwani Gupta has however confirmed that it would fit electrification technology to its compact and mid-size SUVs by 2022, meaning the Eclipse Cross is set to join the Outlander PHEV in becoming a plug-in hybrid. The ASX is understood to be being lined up to offer an electric version in its next generation due to the challenges of downsizing a plug-in hybrid system effectively. Mitusbishi’s range of Japan-only kei cars are also set to be electrified before 2022, too.

By 2022, both the ASX and Outlander should have been replaced, with Mitsubishi promising to have greater size differentiation between its three SUVs. To that end, the ASX is set to shrink and the Outlander grow, the latter having been previewed earlier this at the Geneva show with the Engelberg Tourer that included an updated PHEV system with a larger 20kWh battery for an improved 44-mile WLTP electric-only range.

The pure concept car positioning and looks of the Mi-Tech means its not intended as a direct preview of a new model in the way the Engleberg Tourer previewed the next Outlander, but it does still provide some clues to the next-generation ASX and a desire to make that car stand out more. These include features such as the front and rear light designs, and the 'Dynamic Shield' front grille. 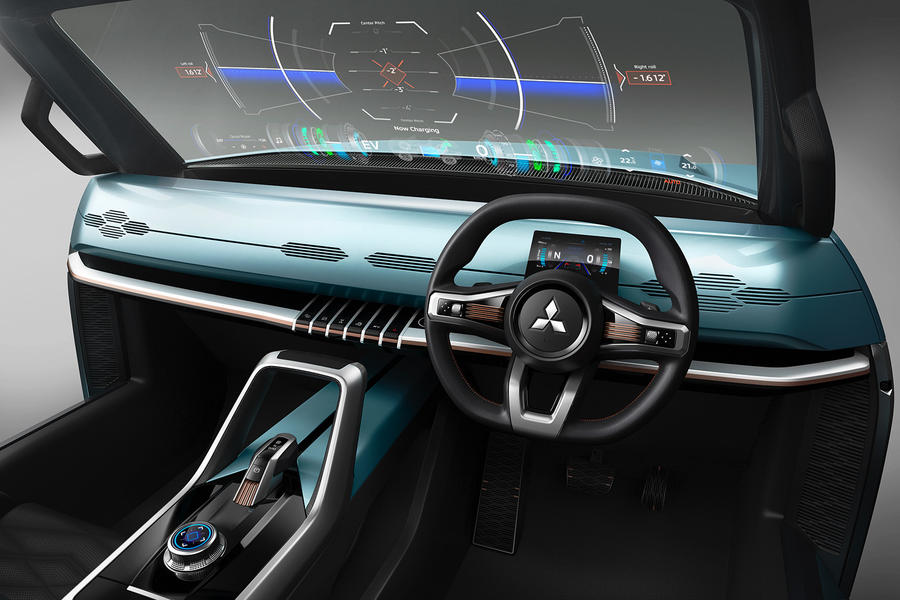 The Mi-Tech’s off-road buggy style brings with it chunky off-road tyres, flared wheel arches, and aluminium skid plates, while on the rear deck there are four turbine-like additions to give clues to the concept’s more unusual power source.

The simplified cabin has chunky grab handles and pared down switchgear, and notably no interior touchscreen on the centre console. Instead there is a small screen behind the steering wheel for driver information and then an augmented reality windscreen that displays not only the information that would have been displayed on a central infotainment screen but also real-time driver assistance features for both on and off-road driving.

The four motor system is said to improve on-road handling and off-road control through integration with a revised version of Mitsubishi’s Super All Wheel Control (S-AWC) system. One such feature is an ability to maintain drive even with two wheels off the ground, and another allows for 180-degree spins by counter-rotating the left and right-hand side tyres. Further improved control comes from the adoption of electric brake callipers.