BACK TO ALL OPINION BLOGS
Currently reading: Insight: could China's SUVs compete internationally?
UP NEXT
Matt Prior: Why the M500 is a new hope for Noble

Chinese-market SUVs have become remarkably better to drive, so are they ready to take on Western competitors?
Open gallery
Close

A year ago, I came to the Guangzhou motor show and drove some domestic-market Chinese cars. What was notable from the show was how much the design and branding of Chinese cars had progressed in recent years to the point where some (not all) models had genuine export appeal, yet from the drives the day after it was clear the dynamic front had some way to go.

If a week is a long time in politics, a year is about what the Chinese automotive industry counts as its equivalent. This week, I’m back in Guangzhou (or rather a ‘small’ satellite city nearby, with just the five million or so people living here…) for the 2018 show, and this time drive some cars beforehand. 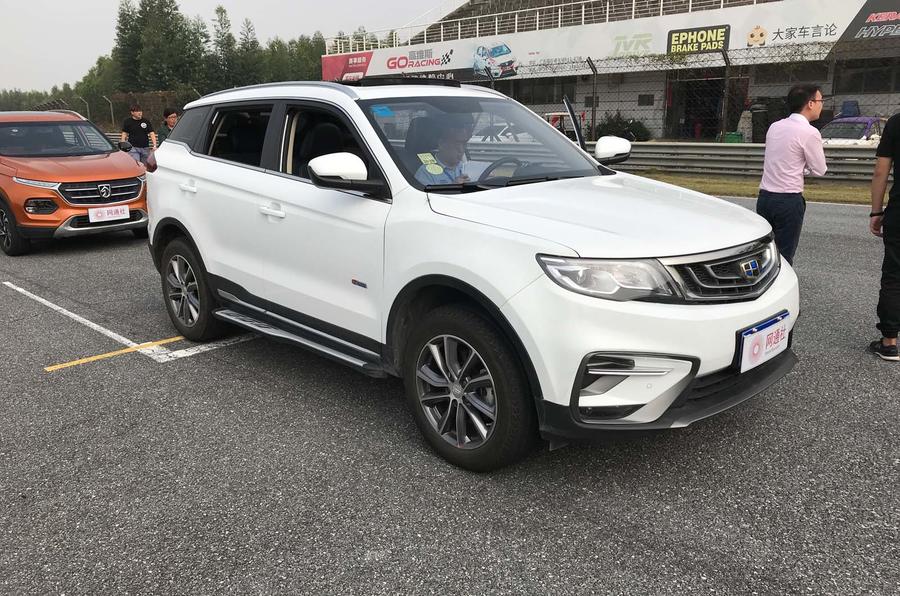 And what a difference a year makes. While yesterday’s drives of the top 10 bestselling Chinese market saloons were filled with Volkswagens from various VW Group parts bins from around the world, old and new, today’s focus was on SUVs, and it’s here where the domestic car makers are doing their most interesting work.

Three in particular stood out: the Trumpchi GS4, the Geely Boyue and the Haval H6, China’s bestselling car.

Why so? For not only how contemporary their overall packages were, but for genuinely how decent they were to drive. Cover the badges on the Trumpchi, and you could be in any one of a number of mid-sized, mass-market European family SUVs, in what is far from the most inspiring class of car. Ditto the Geely, even if it wasn’t quite at the Trumpchi’s level. 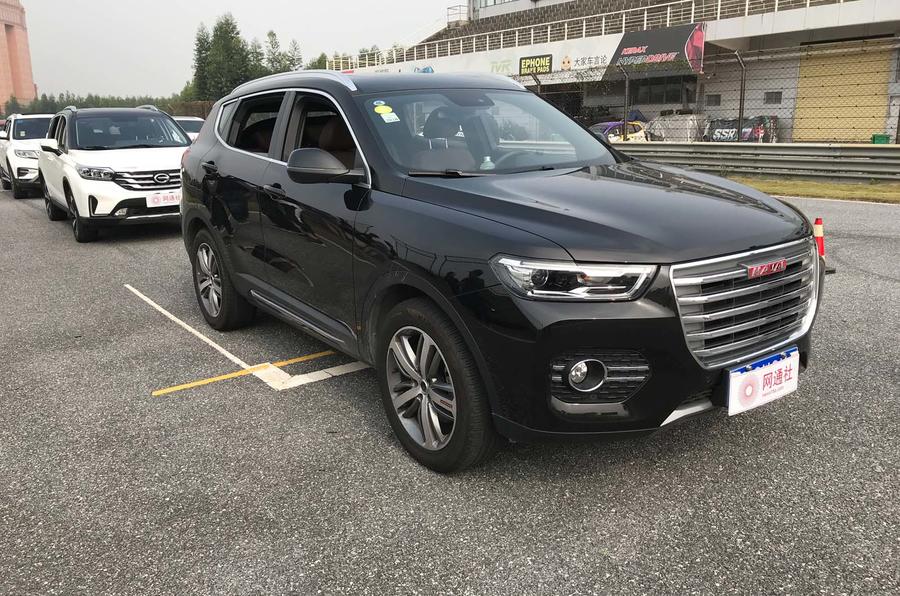 The pair wouldn’t top the class – far from it – but I doubt they’d bottom it either, especially when the value factor comes into play. But unlike before, they’d not be immediately discounted for the way they drove. That’s huge progress.

The Haval feels far more suited to the US, in offering a softer drive than a hell of a lot of US-market SUVs do. You can picture it working there.

It’s no coincidence, then, that the makers of all three of those cars are creeping onto the global stage. Trumpchi’s owner is Guangzhou-based GAC, which has shown cars at the Detroit motor show in the past, as well as launched its new GS5 (minus the Trumpchi badge) at the recent Paris motor show, with the statement that it expects that car to be seen on the streets of Europe in the future.

Geely is the best-known of all Chinese car makers in Europe, perhaps MG excluded, for its ownership of Volvo and now Lotus. It will launch its Lynk&Co sub-brand in Europe in 2020, and revealed a very contemporary-looking and Geely-badged concept car at the Beijing motor show in April. Geely is ambitious. 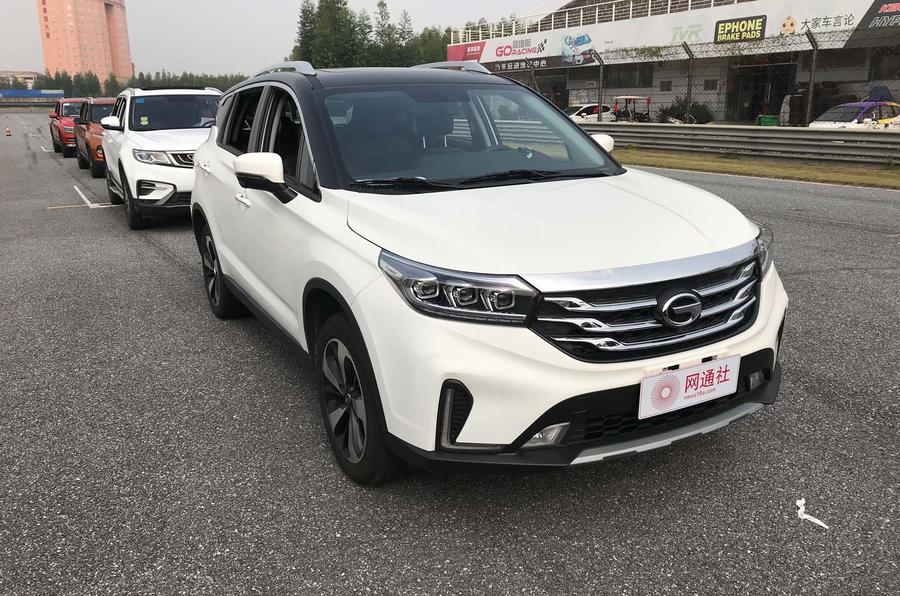 Haval is owned by Great Wall, which already has a UK presence of sorts with its pick-up trucks. Havals are sold in some export markets, including Australia and South Africa. Great Wall last year launched a more premium SUV brand called Wey, which aims to bring the best of Haval into a more export-friendly package.

To succeed in the US and in particular Europe, the Chinese car makers must get compelling cars and branding together, and then win on price, following a strategy previously sneered at that brands such as Kia, Hyundai, Skoda and Dacia have successfully employed.

If a car’s good to look at, good to drive and cheap to own, the buyers will come. Chinese car makers are ticking more and more of those boxes by the day.

No wonder or amazement at the Chinese when they have bottomless credit at the bank courtesy of the government. Still, their last try at passing Euro crash test ended in the worst results ever recorded!

But if you want to buy from the equvilant of Germany in 1937, or Japan in the 1920/30s, go right ahead. Support their government plan to undermine manufacturing in the rest of the world.

Just give a thought if your grandkids have a job or will your local council have any industry from which to draw the rates? That is how it is going if our lazy politicians do no open their eyes before its too late.

The very least we should expect from our government is to reciprocate the import duties and none-tariff barriers that China has, (and which it has so far failed miserably to do). At least make an effort to level the industrial playing field.

"Still, their last try at passing Euro crash test ended in the worst results ever recorded!"

I think you are a little out-of-date. I suspect you are referring to the Landwind SUV that was tested in 2005. Since then the Landwind CV9 MPV achieved two stars in 2010 (not competitive, but far from the worst ever) and the Qoros 3 achieved 5 stars in 2013 (https://www.euroncap.com/en/results/qoros/3-sedan/8887), matching the best European cars of the time.

So a couple have learnt fast, sill not replicated across the Chinese motor industry by any stretch of the imagination. You are still stuck though with grossly unfair trade practises. Anyone buying a Chinese vehicle in Europe is actually sticking up two fingers to his family, country and future prosperity.

The prices of cars are going

The prices of cars are going through the roof so it’s more then likely people will turn to the Chinese for affordable mobility. There won’t be enough sales to go around so there may well be casulaties from the current car makers most likely to be mass produced makers such as Ford, Vauxhall, Peugeot, Citroen, Renault, Nissan Volkswagen etc.. The luxury maker will be ok for now until the Chinese realise the higher margins are in the luxury car sales.

This is a rhetorical question

This is a rhetorical question. Japanese cars ruled the world. And, maybe not so inevitably, the Koreans are taking over. So it's inevitable the Chinese will do. The average American saloon is still rubbish.
john386 15 November 2018

The US makes cars primerly for their own driving conditions. And to remind you that Ford (leader in small car sector with the Fiesta nd Focus) is US, as was till recently the second best selling cars on and off, Vauxhall.

I dont live in the UK, but where I am based the best car I have ever had happens to have been a Chrysler, and the worst a Toyota (two models in fact).

While the average US may not be the very best in each segment, they are far from the worst nowadays.

I agree, especially as most of them have more then 4 cylinders, which also raises percieved quality when driving, I rented a Lincoln Continental the other week, wow I really liked it, may be not quite a 5 series or XF, but the same price and much bigger, more luxurious and a great ride over the concrete I-90 from chicago to new york... the engine 2.7 ltr turbo was super smooth and rapid enough...