BACK TO ALL OPINION BLOGS
Currently reading: Is it time to say goodbye to diesel?
UP NEXT
Opinion: BTCC is the easiest way to see Britain's best driving talents

Environmental pressures might convince more Brits to stop filling up at the black pump, but it could send used petrol car values skywards
Open gallery
Close

Has diesel had its day? With the news that four cities across the globe are banning diesel cars outright from their centres, the ongoing Volkswagen emissions furore, plus the added Fiat Chrysler accusations emerging in the US, and doctors calling for restrictions and fines on diesel cars here in the UK as a result of mounting evidence that they’re damaging our health, it seems increasingly likely.

Good news, you might think – especially if you’re a car enthusiast, many of whom have always loathed diesel. Financially, though, the U-turn we may see is a big cause for concern, as it could set off a chain of events which would result in a price slump on the used car market that would affect many of Britain’s used car owners and buyers.

Already, six British cities have been given the go-ahead to create clean air zones in which drivers of diesel cars could face congestion charges. Ten more are being proposed. In London, a fee of £10 on top of the current congestion charge has been suggested.

Were that to be repeated across the country – and that could be the case as soon as 2019 – it would mean around £200 a month added onto an average city-centre commute. Not exactly pocket change, in other words, and more than enough to provide a big incentive to swap into a petrol model, sharpish. Even those who don’t commute by car would probably avoid buying a diesel if they knew they couldn’t get into any large British city without paying a fee.

So far, there’s been no effect on the price of diesels, according to James Dower, the senior editor of Cap HPI’s Black Book. “It seems that consumer and fleet appetite for diesel vehicle has held up,” he says. “There is no waning in demand for diesel vehicles in the new or used market. Values have moved broadly in line with petrol engined equivalents through 2016, with little visible impact from negative headlines through the year. 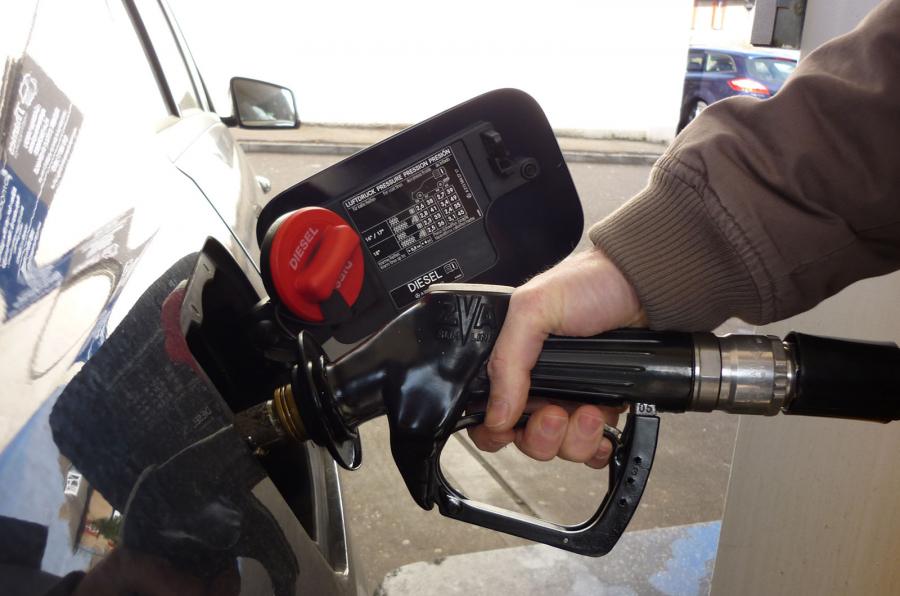 “Used values for petrol and diesel vehicles have tracked in line with seasonal trends, and there is no evidence of a sudden drop in wholesale appetite or consumer demand. If pressure on values is coming, it’s some way off yet.”

Nevertheless, the question of whether to choose petrol or diesel is being raised more and more by car buyers in emails to motoring publications such as Autocar. The Volkswagen dieselgate scandal has potential diesel buyers feeling uneasy; the prospect of £200-a-month hike to their commuting costs will almost certainly do far more damage.

And were diesels to become the pariahs of the used car world, it could happen quite quickly. Owners wouldn’t be able to get out of their diesel cars quickly enough, with buyers shying away and choosing petrols or alternatively fuelled cars instead. Meanwhile, the part-exchange values of diesels would drop through the floor as dealers tried to reduce their liability.

Cars which previously commanded a premium over their petrol counterparts could soon be worth far less. Owners expecting the stronger residual values of their diesel cars to make up for the higher price they paid when they bought them could instead find themselves taking a hit.

What’s the solution, then? Perhaps we should all switch back to petrol. The thing is, that presents its own problems. Diesel was, of course, once the wonder-fuel. Governments across the world, but particularly in Europe, provided significant tax breaks to buyers of diesel cars, citing their supposed environmental credentials.

As a result, 38% of Britain’s cars today are diesel-fuelled, according to the SMMT. That equates to just over 12,600,000 diesel cars currently tooling around, the vast majority bought on the assumption that they would be cheaper to run, cheaper to tax and, potentially, easier on the environment. And because diesels have made up the vast majority of new car purchases for several years, the relative availability of mainstream, nearly-new petrol cars on the used car market has dropped dramatically. 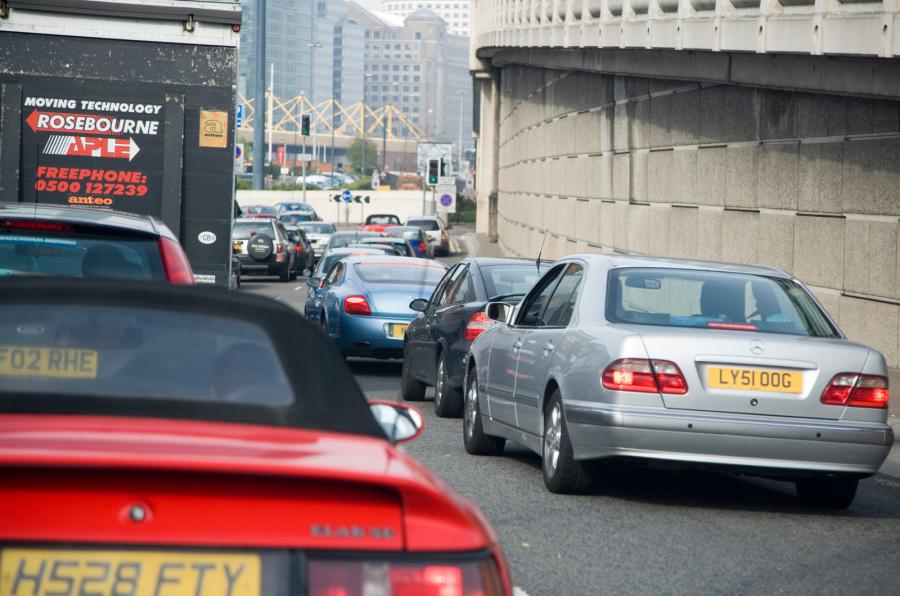 Of the 2191 Audi A4s listed at the time of writing in the classified ads on our sister site PistonHeads, for example, just 280 are powered by petrol. Of 1889 Mk7 Volkswagen Golfs on the same site, 595 are petrol; 416 if you exclude high-performance models. Imagine how those proportions would be further skewed were the market to be flooded with diesels, and their petrol-powered alternatives required to take up the slack. As diesel car prices fell, so would petrol models’ prices rise as more and more buyers sought out an ever-dwindling supply.

There will always be drivers who need diesel cars. Anyone who does high motorway miles will still need the fuel economy a diesel provides. And SUVs that regularly tow heavy loads are best served with diesel torque on hand to help out. But these types of owners are far from the majority, and won’t be able to mop up the surplus on their own.

If it all goes wrong for derv, then, it won’t be quite as simple as dropping your diesel car and changing up to petrol. And if demand truly outstrips supply, the jump in values for petrol cars might actually make it very difficult for some drivers to make that switch. That could leave them footing an extra bill on their commute whether they like it or not, simply because it isn’t financially viable for them to trade up.

Buyers, it seems, have been led down a cul-de-sac by governments of the past, which championed diesel cars for their low CO2 emissions. The governments of today will have to be sensitive with their application of pollution charging in order to make sure diesel owners can extricate themselves without too much pain. If they’re not, I fear the future of diesel used car values looks less certain than the forecasters predict.

So, should we pre-empt the problem and sell our diesels now? Well, I’m not sure we’re quite at that stage yet. As Cap Hpi says, there’s no evidence yet that buyers are about to desert the fuel in their droves. Nevertheless, in spite of what the experts say, I’d be tempted to err on the side of caution and go for petrol, were I buying a used car in the near future. If the run on diesel happened, I’d be protected from the risk – and even if it didn’t, I’d still have a quieter, smoother-driving car, and I’d have spent less on it in the first place.

From a pollution perspective, diesels are almost fine is driven in accordance with the flawed EU emissions testing regime. Ie at high ambient temperature and very slowly and extremely slow acceleration - think Austin A30. Colder and faster and pollution is off the scale. Even Euro6 Diesels measured at the road side during the summer a couple of years ago.
Probably also applies to petrol, but a lesser extent as they are inherently cleaner. Some makes turn off diesel engine emissions control at low temperatures - so the engine is not damaged.
Cobnapint 26 February 2017

Fully agree. In fact it's a bit of an insult from the article's author to slip that sentence in without including the EU4 bit, especially on a bespoke motoring website where the vast majority of readers are pretty switched on with regard to what's going on out there. The only thing he's done is reveal his own personal agenda.
renault-one 26 February 2017

Gosh what bias (deliberately misleading?) by the Autocar contributor with regard to diesel vehicles. e.g "in London a fee of £10 on top of the current congestion charge has been suggested" (forgetting to mention that's only for pre-2005 [pre Euro 4] diesel cars). Air pollution (Nox in particular) is a serious problem without doubt. What is contentious is the 'source' of the problem. Perhaps 'diesel fuelled' cars should be renamed 'jet fuelled' (as it's virtually the same stuff). I think this is another example of 'don't let the facts ruin a good story. In my opinion, the standard of comments here is good, but some aren't. eg.'Hydrogen cars just went POP' [as it requires lots of energy to compress (lovely clean) hydrogen gas to make it useful]
View all comments (56)