There’s an odd sense of amusement that comes from reminding yourself that the official name for the Toyota Toyota C-HR is the Coupé High-Rider. It’s the sort of slightly clunky yet strangely endearing name only a Japanese car maker could be expected to come up with.

Quirky name aside, however, the European-developed, Turkish-built crossover has gone on to do pretty good things for Toyota since its 2016 launch. Across Europe, more than 400,000 examples have been sold, with 50,000 of those finding homes in Britain. In fact, it has helped Toyota account for nearly 40% of the UK’s entire alternatively fuelled vehicle market - provided your definition of alternatively fuelled is flexible enough to include regular old hybrids.

Anyway, the C-HR has been facelifted for 2020, so all the token visual tweaks these sorts of things usually entail are present and correct. They’re subtle (the front grille is slightly wider, the foglights have moved and so on), but – to these eyes, at least – it’s still a strikingly handsome car. More important, however, is the rationalisation of the engine line-up. The 1.2-litre turbo petrol has been dropped in favour of a new 2.0-litre hybrid powertrain closely related to that in the new Corolla and RAV4, the consequence being that, with the existing 1.8-litre powertrain, the C-HR line-up is now 100% hybrid.

Along with a smaller electric motor, the new 2.0-litre four-pot makes for a total system output of 181bhp. Suspension tweaks such as new shock absorber have been introduced with a view to making this new quicker C-HR that much more engaging, while its noise, vibration and harshness-reducing measures have supposedly been improved, too. 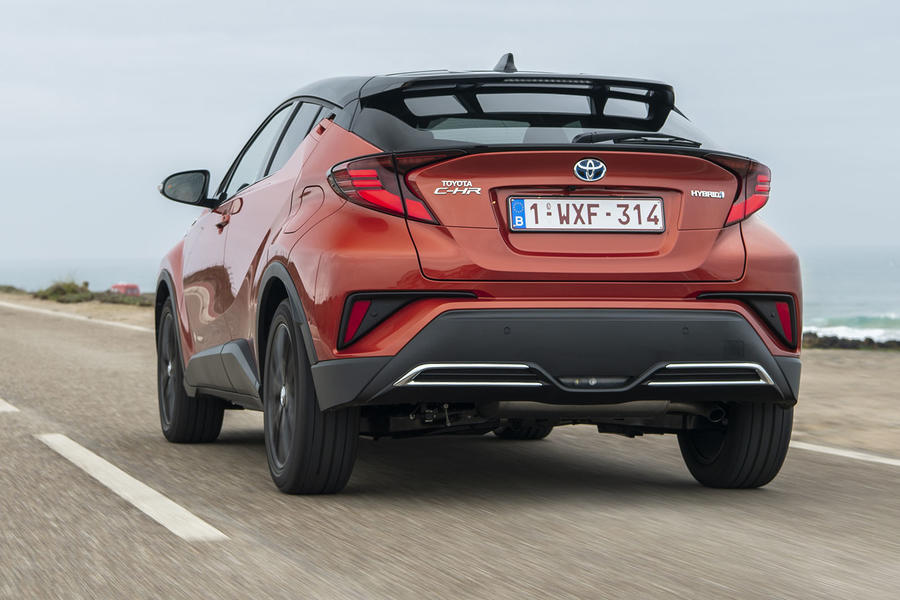 Toyota expects the 2.0-litre model will account for just 25% of total C-HR sales but should satisfy the desire for a peppier, slightly swifter variant that it says its customers have expressed. This sounds like a fair shout, given we thought the 1.8-litre hybrid could feel a bit too weedy a bit too often.

In any case, while the new 2.0-litre is by no means the quickest car on the planet, its additional poke is welcome. It’s brisk without exactly being rapid, but there’s enough in the way of urgency behind the way it accelerates to make its 8.2sec official 0-62mph time seem entirely credible.

Of course, being paired with a CVT does mean it falls into that old pitfall of requiring a good thrashing to make swift progress, but the NVH improvements seem to be doing their job. That typically gnawing four-cylinder buzz is absolutley audible in such instances, but it remains nicely muffled. And really, the times you need to use all of the throttle pedal's travel are fairly few and far between in the real world anyway. Employ a gentler touch and the C-HR is typically smooth and refined in the way that most Toyota hybrids are. No surprises here.

It handles sensibly, too. The steering is light, reasonably quick and accurate. The car takes on corners in a manner that balances an appealing level of responsiveness with laidback nonchalance; it changes directions swiftly, grips assertively and doesn’t feel too rolly-polly. It’s not exactly thrilling, but there is at least a thin veneer of likable engagement on offer.

The ride is suitably pliant, only really becoming agitated on particularly broken surfaces. Interior isolation is also fine, aside from a notable amount of wind noise around door mirrors at motorway speeds. The interior feels typically well made, too, with a seemingly equal focus being placed on both function and form.

The asymmetrical fascia makes for a pleasingly driver-focussed layout, everything is within easy reach and the vast majority of surface materials used look and feel rather swell. Apple CarPlay and Android Auto connectivity is now standard, too, which is excellent news, considering the standard Toyota infotainment suite is utter pants. 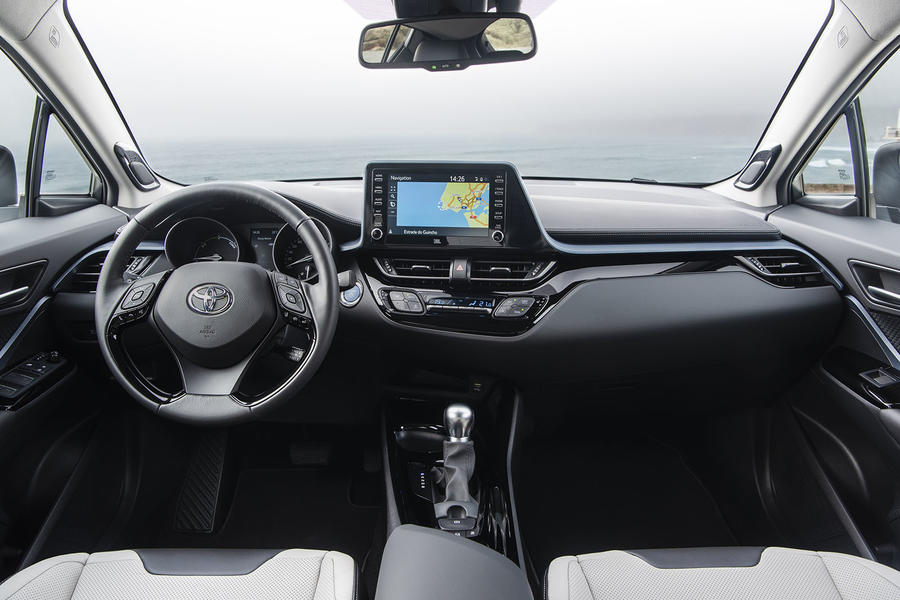 There are some issues, though. While rear leg room is plentiful, the Toyota C-HR’s sloping roofline eats into head room somewhat, so particularly tall adults may find they have to come over all adolescent and slouch. Also, the boot has a capacity of 358 litres, which is really quite poor. For perspective, the Seat Ibiza supermini has 355 litres.

Then there’s the question of price. Admittedly, this particular car is the top-flight, limited-edition Orange Edition (of which just 500 will come to the UK), so some premium is expected. But even so, £32,595 is quite a lot of money. In fact, in its cheapest form, the 2.0-litre C-HR still costs £29,645.

It is frugal, though, and when used primarily in urban environments, its ability to run for extended periods on battery power only means there’s every chance you’ll get close to its reasonably lofty WLTP fuel consumption claim. And who’s going to have a problem with that? 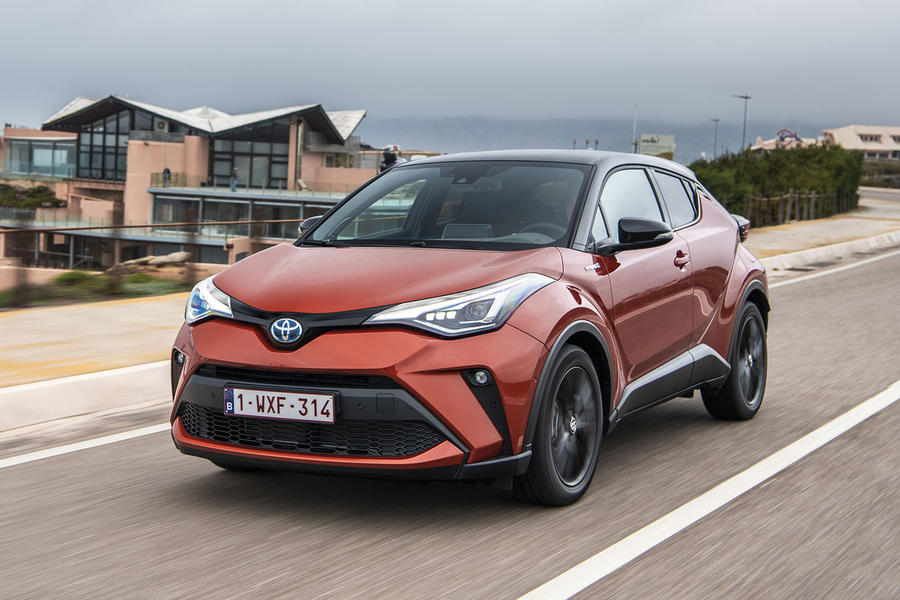 You clearly have failed to grasp the concept of subjectivety...wonder what your "partner", if you have one, thinks of you, when they put on their specs...bet they leave them off,  most of the time.

Lovely to see you returning from your stay at her majestys pleasure...so in terms of your beyond stupid suggestion...which particular engine and which two outputs?. FOOL.

If your over six foot you'll know what cars t look at, and if some of your friends are over six feet, then what's a little discomfort matter?