BACK TO ALL NEWS
Currently reading: Autocar Awards 2018: Akio Toyoda wins Issigonis Trophy
UP NEXT
Worth the weight? Lotus Emira first ride

Toyota boss, known for his inspirational leadership and love of cars, is recognised for his contribution to the health of the motor industry
Open gallery
Close

Akio Toyoda, Toyota’s president and chief executive in the past nine years and distinguished winner of Autocar’s Issigonis Trophy for 2018, reckons he probably wouldn’t still be doing his job if it hadn’t been for the catastrophic ‘unintended acceleration’ crisis he faced in the US market within weeks of taking the helm back in 2009.

Toyoda-san, grandson of the Toyota group’s famous founder, Kiichiro Toyoda, believes the way he survived the crisis, which involved being repeatedly pilloried in the world’s press and hauled into US congressional hearings to explain to poorly briefed politicians why Toyota cars were ‘unsafe’, gave the company’s power brokers confidence that the new young leader was made of the right stuff.

Toyoda has won great respect, at least in the court of the fair-minded, for bearing no malice a couple of years after his appointment when the vaunted Toyota ‘scandal’ turned out, after a proper technical investigation, to be far less the company’s fault than overheated initial reports suggested. 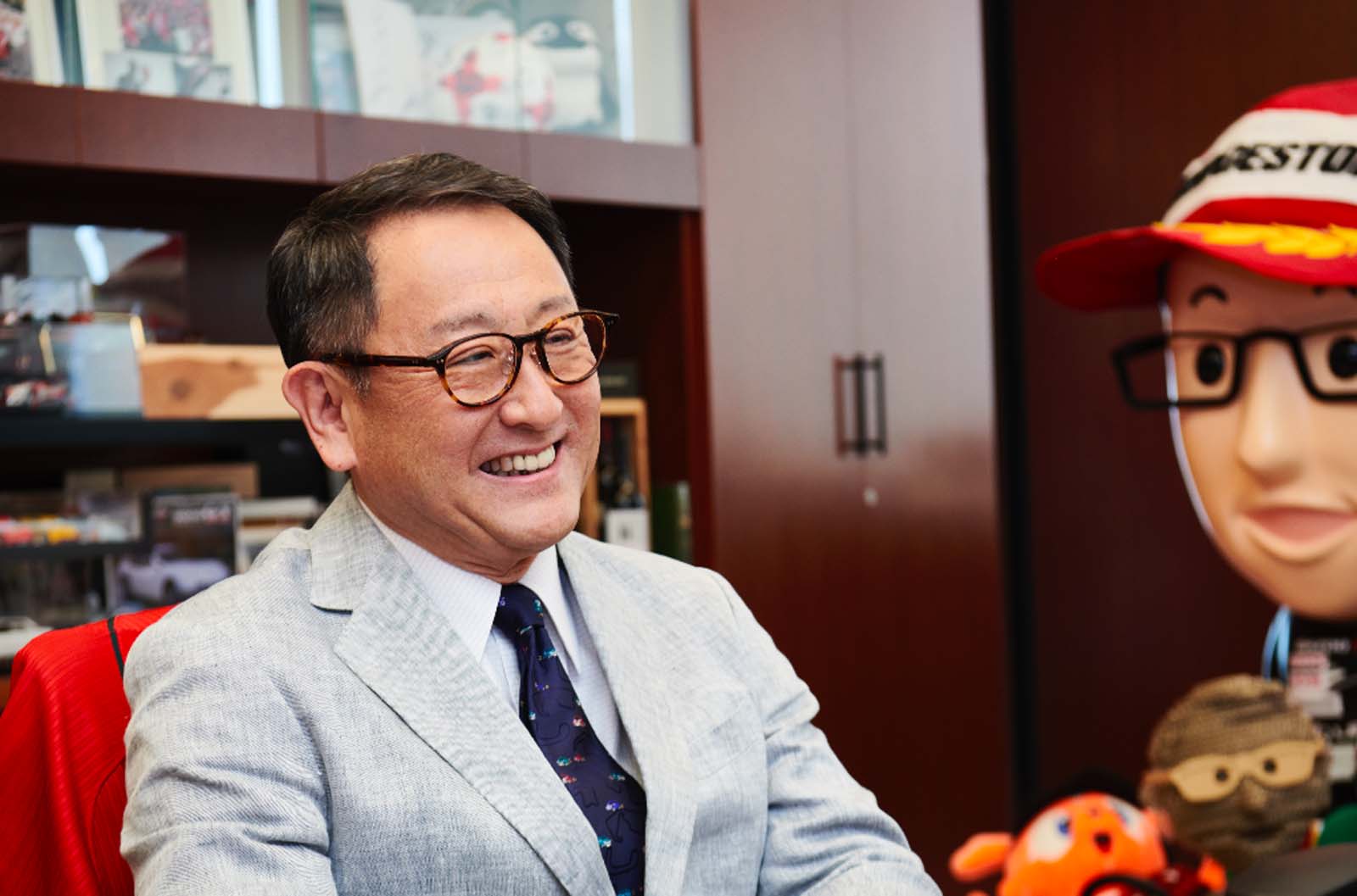 “The first four years were difficult,” explains Toyoda. “In Japan, there’s a saying that third-generation managers like me tend to ruin things. We’ve known no hardship, they say, so we won’t be able to cope when things get rough. As well as the crisis, at first I had to deal with that, but the fact that I handled it okay was a big help. And the crisis did help me understand what was expected of me as president, which was positive. There was no choice but to show leadership and use it to bring the team together.”

Even amid these corporate challenges, Toyoda gave early rein to his love of cars. He developed Gazoo Racing as a way of encouraging like-minded employees to love and improve the product, racing himself as ‘Driver Morizo’ in early events, in a half-hearted bid for anonymity. You’ve only got to see the size of Toyoda’s entourage to know how comprehensively attempts at anonymity must have failed. 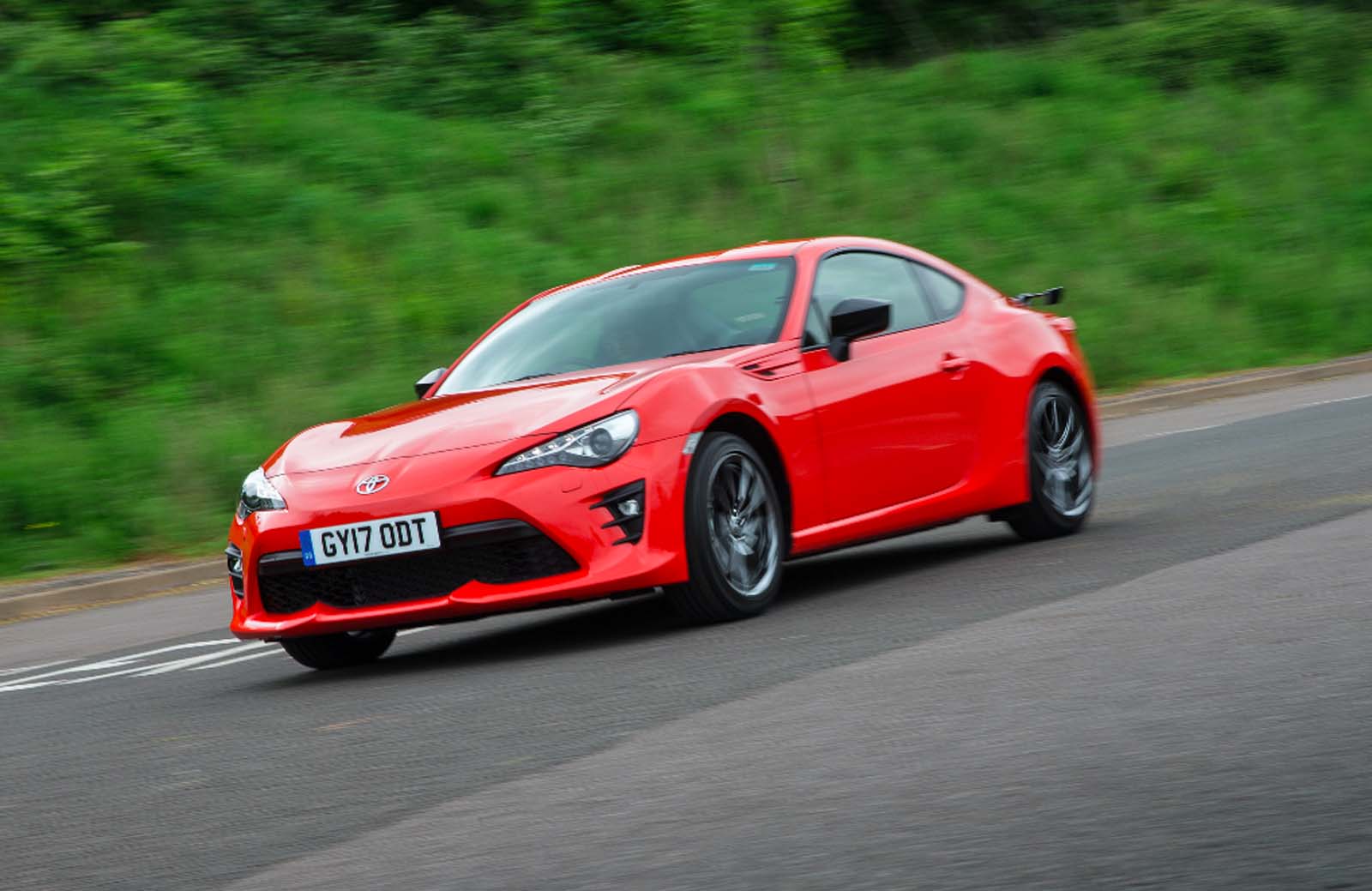 Toyoda really sprang to notice as a driver when he entered the Nürburgring 24 Hours, in which he famously swapped cars with Ulrich Bez, boss of Aston Martin. Things have since progressed to the extent that Gazoo is now Toyota’s predominant racing brand, Toyoda himself is the star of a range of manga illustrated books and cartoons and he’s planning greater prominence for a Morizo racing brand as well.

Given the formal and businesslike demeanour of every previous top Toyota manager I’ve met, when we sit down to talk in his office I start by wondering where Toyoda’s ‘car guy’ enthusiasm can have sprung from; it’s evident that his father and grandfather (whom he warmly cites as his heroes, along with his much-missed late racing friend Hiromu Naruse) were much more focused on building the business and making reliable, good-value cars for customers than on pondering so nebulous a quality as desirability. “When I was growing up, cars were always there,” Toyoda explains, “but when I was small I had the feeling I shouldn’t admit how much I loved them. Becoming president and starting Gazoo Racing allowed me to make much more of these things.”

Not that a pursuit of fun stuff is in any danger of threatening Toyota’s position as one of the world’s most ethical car makers. Toyota people have long talked of ‘zero accidents’, ‘zero fatalities’ and ‘zero emissions’ as achievable goals. They also believe they’re helping the Japanese nation to become a hydrogen society, most visibly by the production of Mirai cars that generate power for electric propulsion from an on-board fuel cell and, at a pinch, can power a house if the regular electricity supply should fail. 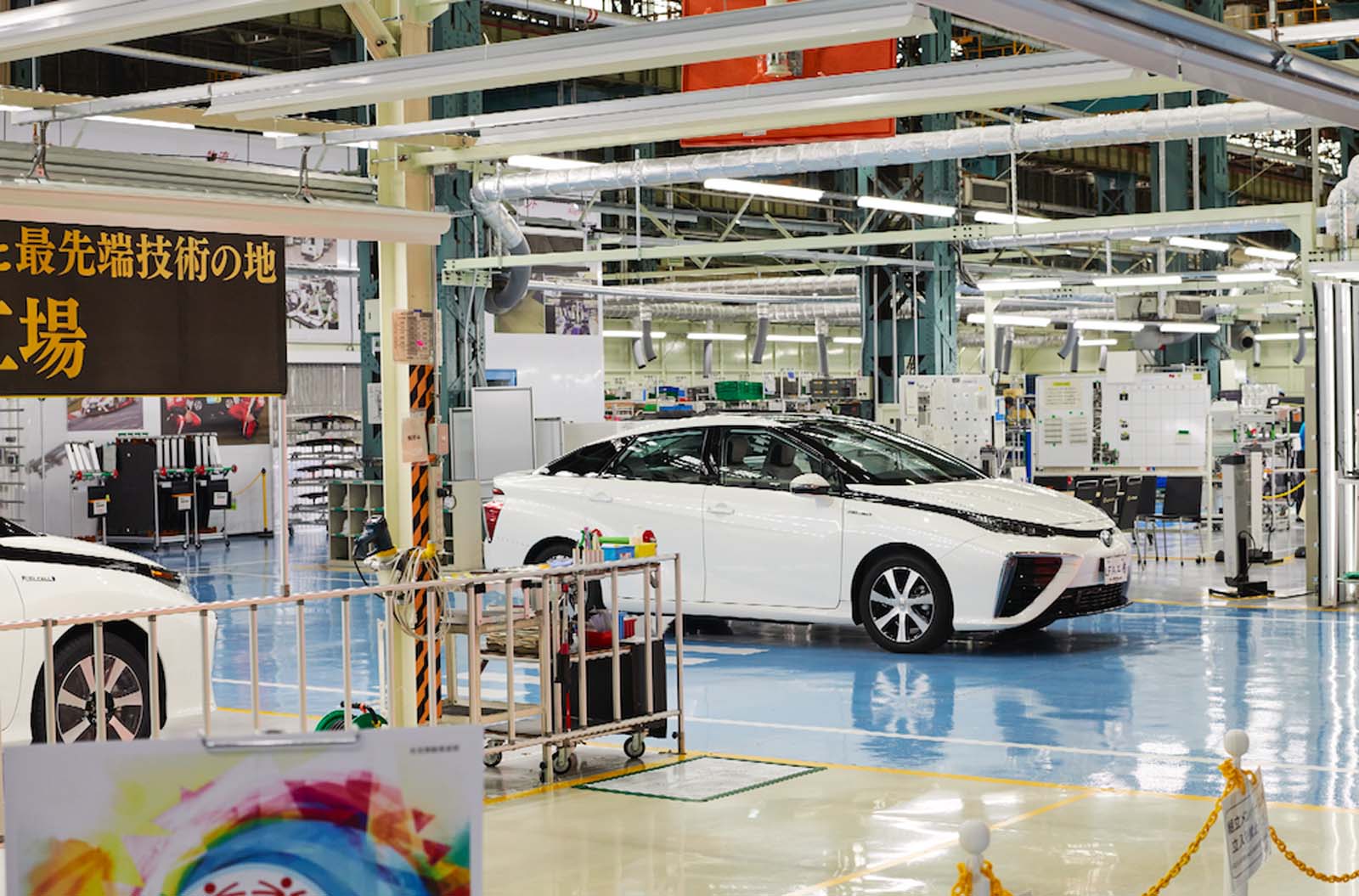 Meanwhile, the relentless quest for 'ever-better cars' (a phrase coined by previous generations that peppers Toyoda’s conversation) continues unabated. Mirai, and the bigger-selling Prius hybrid that provides a lot of its running gear, may be Toyota’s most technically complex models but they also generate the lowest warranty claims.

When our talk turns to future cars, Toyoda starts by making it crystal clear that, even if companies such as Toyota change from being vehicle sellers to mobility providers (a move nearly every big player believes is coming), he insists the cars will retain the character of ‘partners’ or ‘buddies’ and will not become mere commodities. The notion of the ‘beloved car’ is something Toyota will always aspire to. In the short term, the company has a new Supra sports car (which shares many mechanicals with the new BMW Z4) waiting in the wings and there will be a third-tier sports car, believed to be a neo-MR2, lining up behind.

But what is Toyoda’s mind picture of the car environment in 10 or 20 years hence, I ask, mainly because I’ve never been able to form such a picture myself. “I have a prepared answer for this,” he says, “and I’ll give you the same one I gave Warren Buffett when he recently sat in your chair and asked the same question.” I’m all ears, excited to be receiving the same inside info as the legendary plutocrat. It doesn’t last. 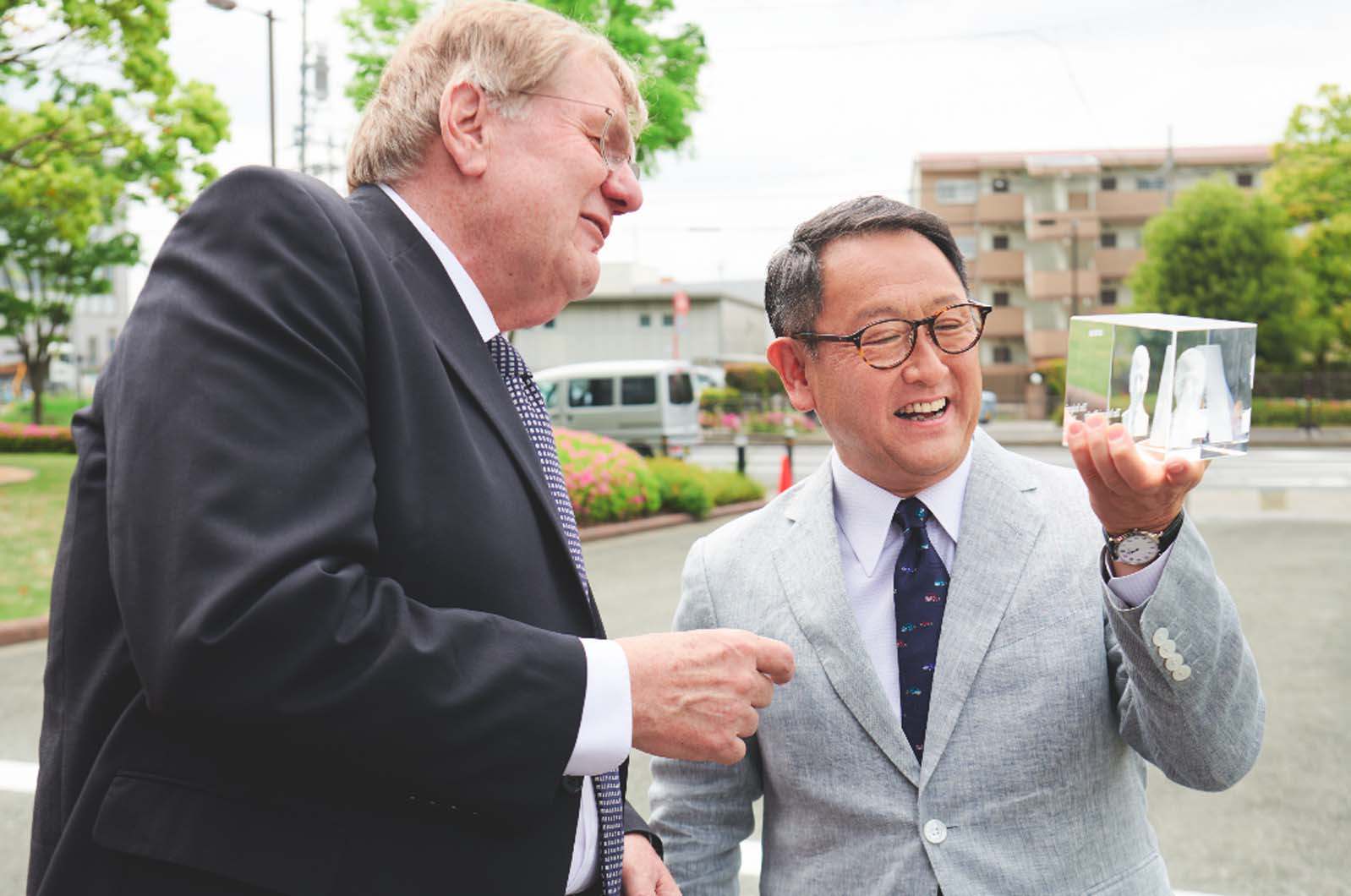 “As I said to Mr Buffett, I have no idea what will happen so far into the future,” says Toyoda smilingly, “and Mr Buffett commended me for my answer. In a situation like this, many businessmen say things they can’t substantiate. He was pleased to discover I wasn’t one of them.”

The best way to prepare for the future, Toyoda believes, is to be ever-ready for change: “You must retain as much readiness to make quick changes as you can. We have targets now, of course — every company does — but the one thing you can be sure of is that today’s market is nothing like the one we’ll face in the future.”

In the light of all this change talk, I’m fascinated to know whether Toyoda believes his grandfather Kiichiro’s guiding principles are still relevant in today’s infinitely faster-moving digitised world. The answer is a resounding yes. “My grandfather led the change from an automatic weaving loom company to a car company,” he says. “Now we’re changing from being a car company to a mobility company. There are many parallels to be drawn. 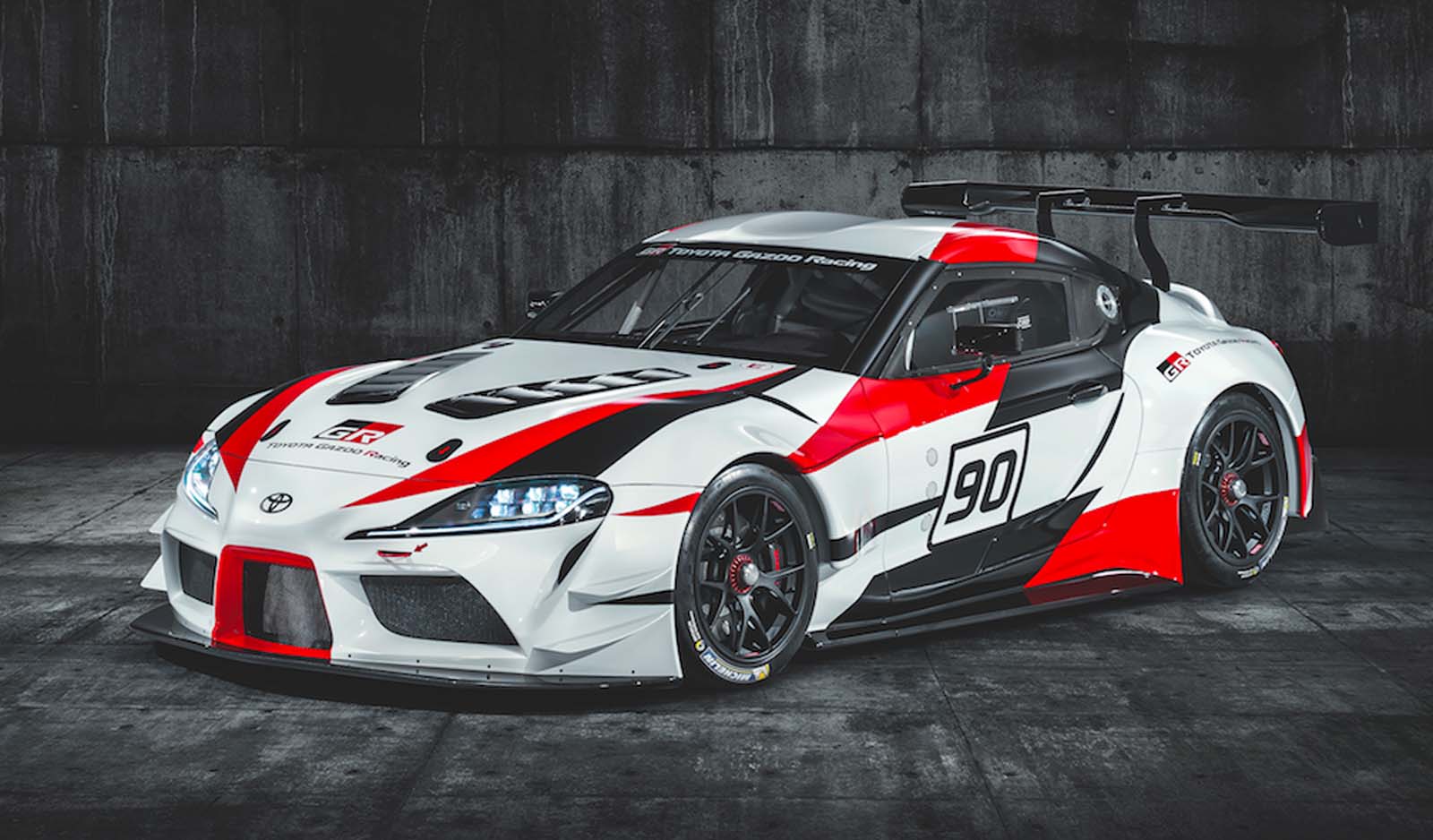 “My grandfather died when he was 57. He was never able to see how his company and his cars developed, and I am sure he would have regretted that. I’m already 62 and, though it may sound strange, there are times today when I feel I’m speaking for grandfather, saying things he’d have said if this had been possible. I never met him, but I definitely feel I know him through what my parents told me, and from hearing about him from the many dealers and suppliers he dealt with. I think about this very often.”

We’re running out of time; I ask the one question I have left. What are Toyoda’s plans for his own future career? He has already told me there’s a presumption that the heir or heiress from a third-family generation in a company will “ruin everything”; what does Japanese lore think of a fourth generation — and is there one being groomed to take over? Toyoda gives this one the swerve I expect, but allows some pride at having steered the company well, which he believes breaks the cycle. “If the third generation succeeds,” he says, “the fourth goes back to being just a successor. That’s okay.”

Does Toyoda have a particular goal on the horizon that he wants to achieve before, well, retiring? Again, no details. For one thing, against many a Japanese industrialist, 62-year-old Toyoda is a stripling. For another, he explains eloquently, as you get closer to them, goalposts tend to move. “When you set out to accomplish things,” he says, “you begin an endless journey.”