From £24,0956
It has the performance but not the chassis to go with it. Neither the Octavia nor the vRS at its best
Open gallery
Close

Say Volkswagen Golf GTI and you instantly know what kind of performance car you’re going to get: a front-wheel-drive petrol hot hatch. For Skoda and its Octavia vRS, those three letters can mean diesel or petrol power, front- or four-wheel drive, as well as hatchback or estate bodytyles. Now with the fourth-generation Octavia vRS, a potent plug-in hybrid has been added to the line-up, too.

We’ll get to what’s under the bonnet in a moment, but this version of the Octavia vRS is notable for stretching the definition of vRS even further by not bringing any chassis changes over the standard Octavia iV on which it is based. That means it rides 15mm higher than its petrol and diesel vRS siblings, giving it a slightly strange heightened stance on first acquaintance that belies the sporty vRS styling upgrades the iV does share with its non-electrified siblings.

That might sound like a small thing in the context of the technical revolution under the bonnet, but we’ll come back to why later. That revolution brings a 1.4-litre TSI petrol engine mated to an electric motor and six-speed dual-clutch automatic gearbox driving the front wheels only. Power peaks at a combined 242bhp and torque at a combined 295lb ft, each an output on paper worthy of the vRS badge.

Equally important in this iV version of the vRS are its electrified numbers. The 13kWh battery pack offers up to 38 miles of electric range but does in turn take 150 litres of boot space in the estate version tested here. A 3.6kW charger means a full recharge in about three and a half hours on a home wallbox charger using the Type 2 charging cable that is included as standard alongside the three-pin one. 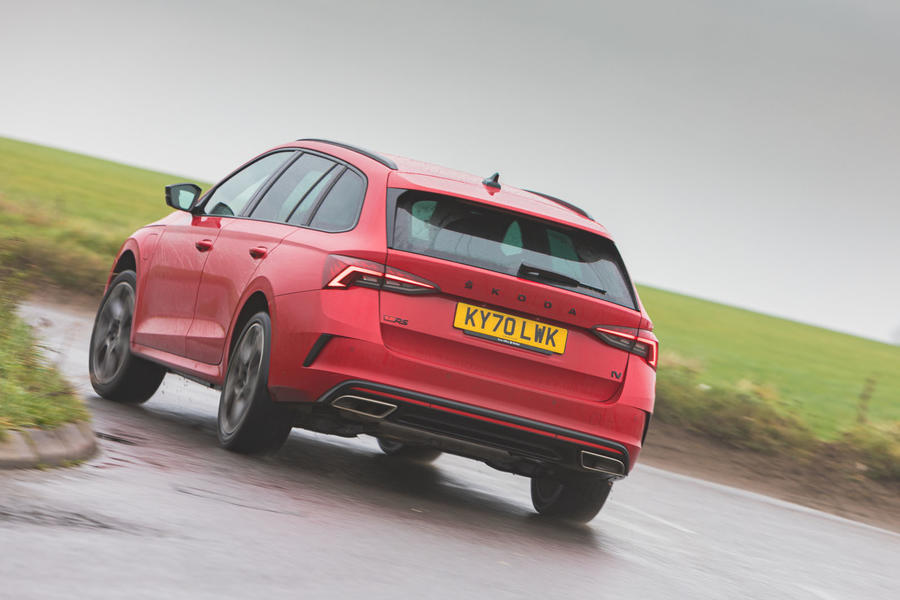 The drivetrain is a sporty one in performance terms. This is a very brisk car, most notably off the line but also able to deliver plenty of torque for in-gear acceleration.

Yet performance means a lot more than simply accelerating quickly; it’s how you use that performance to involve the driver. And in the case of the Octavia vRS iV, there’s little else dynamically to really get your teeth stuck into.

It’s the chassis that lets the car down. It can neither cope with all the extra power and torque through the front wheels, which spin quite aggressively even with more benign throttle inputs and not just off the line at that, nor does it do too good a job in disguising all the extra weight of the hybrid system and battery. (The iV weighs almost 200kg more than the petrol vRS.) It crashes over the worst bumps, and rolls plenty around corners. All mouth, and no trousers, as one might say.

Lowering the suspension should help with the handling issue a bit (although lowered sports suspension is not an option here, remember), leaving ticking the DCC adaptive damper option box as the only way in a buyer’s gift to improve things, something our test car did without. We’d be very keen to try one to see what it can do to the vRS iV’s dynamics.

What are you left with, then? A car that’s still likeable in plenty of ways, it must be said, due in part to the appeal of the Octavia as a car itself. The steering is light and direct (should you temper those throttle inputs) for one. The acceleration is impressive when the full performance of the drivetrain is liberated in Sport mode, even if the way it’s deployed is less so. The DSG gearbox is precise in its upshifts. And on smooth motorway roads, it’s a quiet, comfortable car to cover the miles in.

We’ve praised the quality of the new Octavia’s cabin before, and this vRS iV version is no exception. The front seats in particular are quite brilliant; they look great, grip well, and are very comfortable, too. There’s a nice mix of comfort, quality, technology, and sportiness. 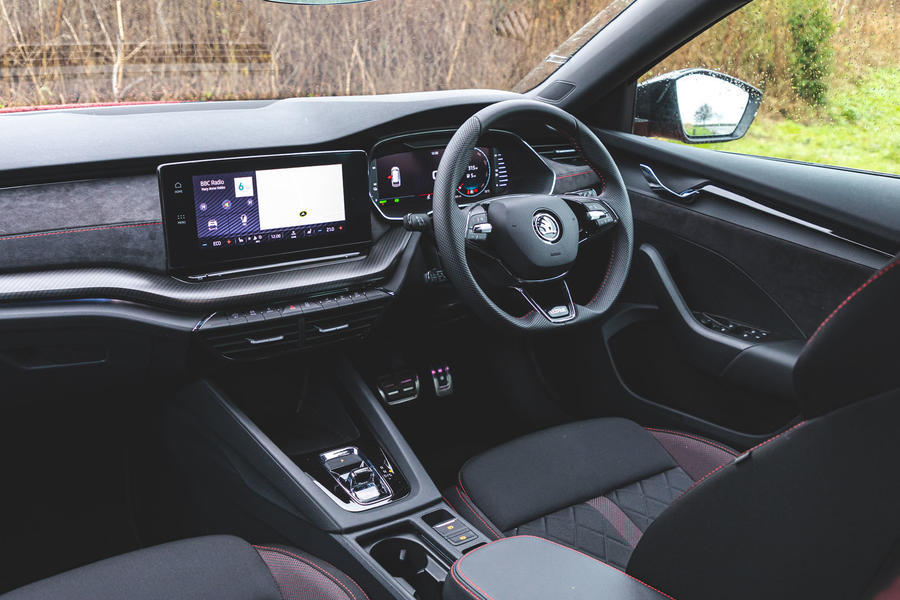 The vRS iV sits quite awkwardly in the Octavia range. Skoda’s usually impressive vRS models have always been more of the thinking person’s hot hatch (or estate) in gaining extra usability and all-round ability without the need for razor-sharp handling, yet the vRS iV’s appeal is stunted by actually doing the opposite of those things, and there are clearly better options for its two main prospective pools of buyers even within the Octavia’s own range.

For private buyers, there is the lighter, more involving and more practical petrol-powered vRS available for £3500 less. For the fleet buyers at whom plug-in hybrids are still most keenly targeted, there is a non-vRS Octavia iV model launched at same time that still offers strong performance (201bhp, 258lb ft) but crucially drops into the 6% benefit-in-kind bracket thanks to its longer all-electric range, compared with the 10% of the vRS iV.

While the vRS badge is a flexible, ever-evolving one, it feels like one application too far in the vRS iV. 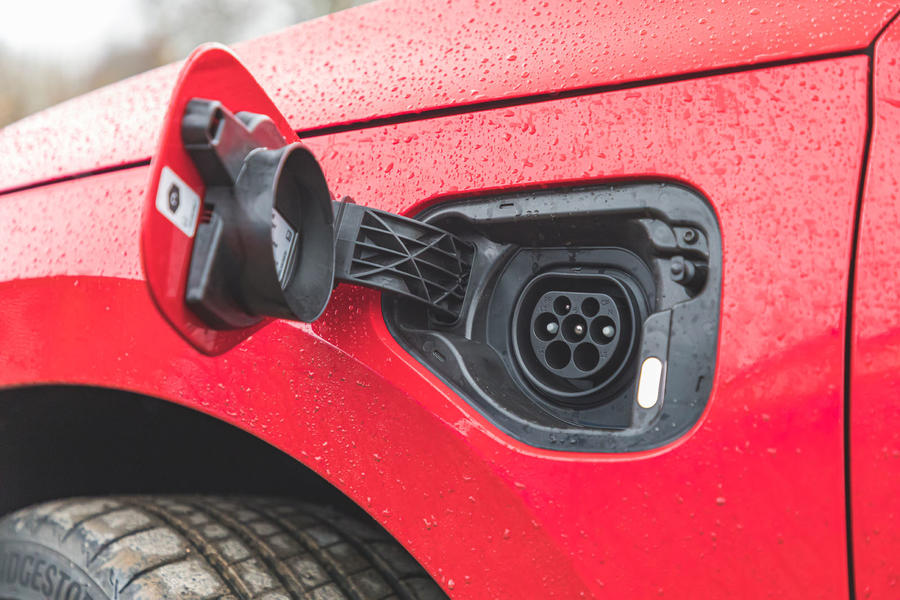 This iV VRS version doesn't really make much sense from a company car driver BIK perspective.  10% rather than 6% tax rate, higher lease cost, doesn't have the 'sports' suspension of the TSI or TDI versions, too much torque steer etc.

Better off saving some money and having the iV SEL version

So the boot's compromised but there's no photo of the boot yet we've got individual photos of each headlight? So many of these plug-in hybrid's seem excessively compromised I wonder whether anyone except company car drivers will 'buy' them.