From £10,3108
The Skoda Citigo gets a light refresh that still maintains its winning formula, but it's not the only small car on the market that is big on space and charm while low on price
Open gallery
Close

The Citigo is Skoda ’s rebadged and restyled version of the Volkswagen Up – and now it’s been further restyled. That said, the differences from the previous edition are subtle, which is understandable given how much of a sales success it’s been for the Czech firm.

The front of the car has been refreshed, with the bonnet growing a muscular bulge and a new front bumper, which also makes the car marginally longer than before. There are also LED daytime running lights on certain trim levels and the rear lights have been tweaked slightly.

Things have changed a bit more inside, with a revamped Swing radio system, complete with smartphone dock and a handful of design tweaks.

What hasn’t changed are the Citigo’s mechanical underpinnings. Having previously driven the entry-level 1.0L engine in the Czech Republic, we’ve now had our first drive on UK roads in the more powerful 73bhp 1.0L engine. 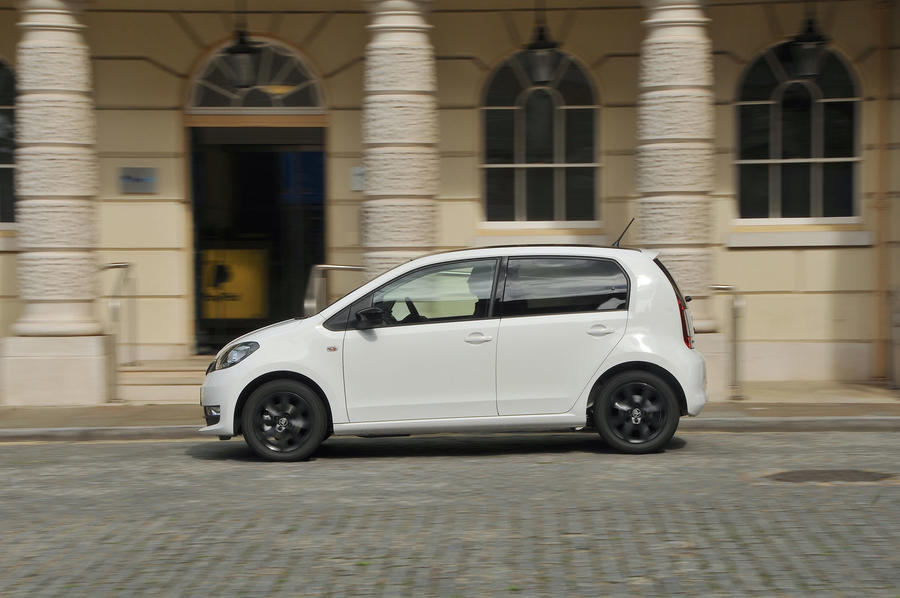 If you’re a fan of the old Citigo, you’ll find the new one reassuringly familiar – as you will if you’ve driven any of the VW Group’s city cars. The boxy shape makes the most of the interior space, with decent room in the front cabin, complete with comfortable heated seats and a rear big enough to cope with adult passengers – for a short time, at least.

The top trim level also includes the highest-spec version of the Swing radio system, which has a colour display, Bluetooth and a USB port. There’s no touchscreen, but the system is designed to work alongside a smartphone placed in a dash-mounted dock.

The driving position is quite upright and, while not entirely conducive to long journeys, is perfect for the all-round visibility and convenience needed to drive around tight city streets.

The three-cylinder, 73bhp engine can prove a little whiny when revved at low speeds but, once going, it’s rarely out of its depth and cruises comfortably at motorway speeds. The Greentech-spec engine has a strong official economy of 68.9mpg.

It’s a similar story with the car’s ride. SE-L trim comes with 15in wheels and, while it can occasionally struggle with larger bumps and lumps, the Citigo has a strong poise and ride.

As you’d expect from a small car with a wheel at each corner, Skoda the Citigo drives with a pleasing verve, although it’s not the most engaged handling for a car in this class and doesn’t offer much in the way of feedback. But it’s direct, controlled and easy to manoeuvre in tight spaces around town – qualities that are likely of more importance to city car buyers that out-and-out handling on flowing country lanes. 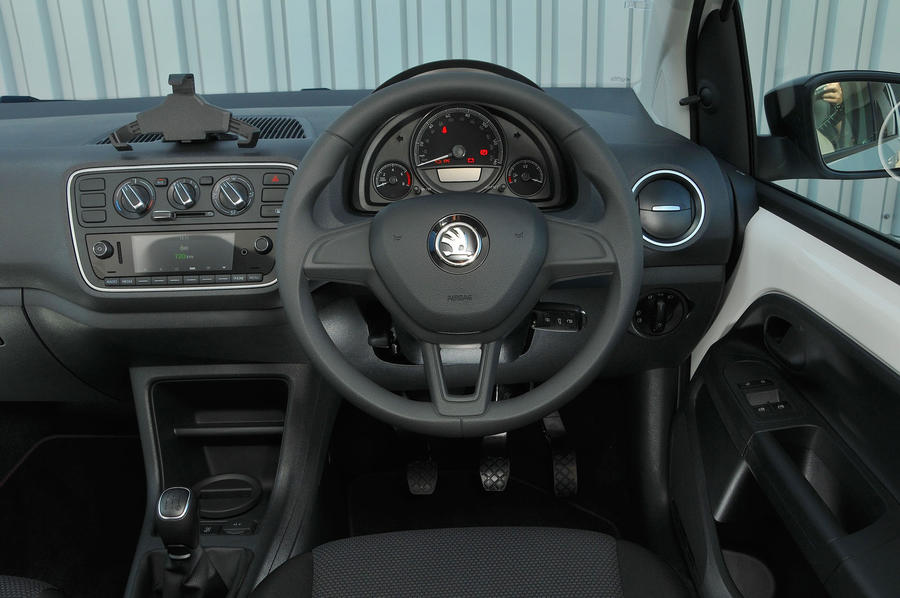 Skoda The Citigo was already an excellent city car and Skoda certainly hasn't messed with a winning formula. This upgraded edition is smarter to look at from the outside and better-equipped inside.

In short, it remains a compelling option. But the city car segment is more crowded than the busy streets such cars are designed for and the Citigo is being squeezed from all angles. The Kia Picanto is arguably more engaging to drive, while the Citigo’s price puts it up against mid-level versions of the more polished VW Up. A compelling option, then, but not the only option. 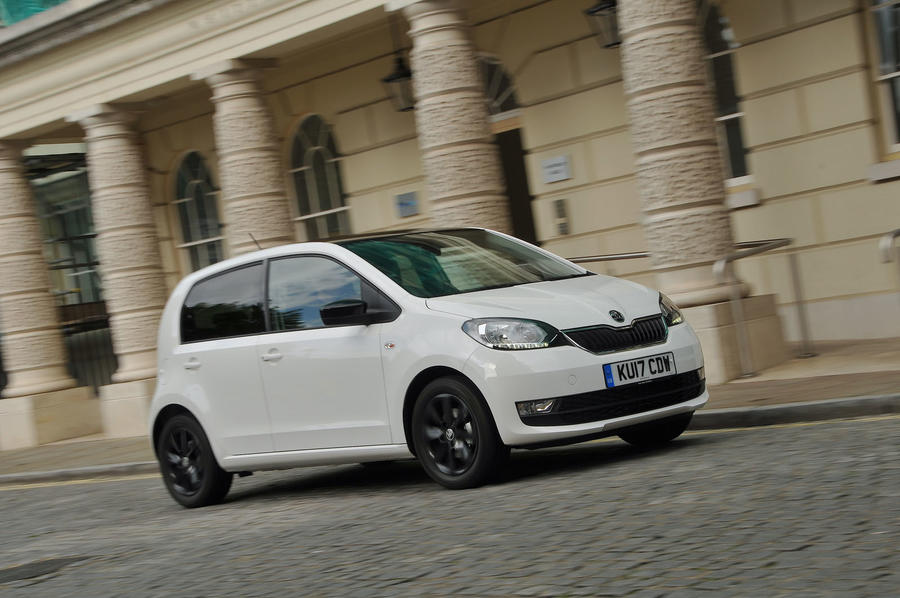 It's a pity they don't do an estate version of this, with a large boot.

There must be lots of people who want a narrow 4 door city car, but with plenty of luggage space.

Yes it's a mild update that's it.but how is the VW Up! more polished???? It's the same thing with slightly different  interior & a VW badge and a larger price.Yet again this report sounds like a press release rather than a proper article I mean "a muscular bulge  growing on the bonnet" I mean on a three cylinder one litre car with a throbbing 73hp,please no more

For £8635 this is a bargain but I think Skoda are actually asking a little over £11k for one.

And it's good to see the old fuel and CO2 figures being quoted, not the slighly more realistic new WLTP ones that are being introduced. The Citigo will not be a sub 100g/km car then, not that it matters any more...

On a different subject it would be interesting to see some actual sales data for A sector cars. None of them ever feature in the UK top 10, so we have no idea of their relative popularity. I have the gut feeling that there is a roughly equal split between the VW group and Toyota / PSA triplets and the Hyundai i10 with not many Vauxhall Vivas or new shape Ford Kas to be seen.