From £26,190
Mercedes' new four-door coupé may use A-Class underpinnings, but it has been engineered to be much sportier to drive
Open gallery
Close

Perhaps it would be more instructive at first to say what this new Mercedes-Benz CLA is not: an Mercedes-Benz A-Class in drag. Of course, it sits on the same platform as Mercedes' latest hatchback and uses the same engines, gearboxes and many other systems. But while you won't be surprised at all to see that it doesn’t look like an A-Class, it’s less easy to guess that it doesn’t feel like one, either.

Five petrol-powered CLA variants will come to the UK this summer, all available to order now. There are the CLA 180 and CLA 200, both powered by a 1.3-litre turbocharged engines, and the CLA 220, CLA 220 4Matic and CLA 250, all using a 2.0-litre motor. All have a seven-speed dual-clutch automatic gearbox (although a manual is coming later), and you might or might not care that only the CLA 220s and CLA 250 have Mercedes motors, the smaller engine being sourced from what remains of the Renault-Nissan-Mitsubishi Alliance. There is a 4Matic version of the CLA 250, but it’s not coming to the UK, because it’s deemed to be too close to the AMG CLA 35 (which was revealed last week).

The subject of this review is the CLA 220d, which will go on sale in the UK shortly after the petrols. And despite the ongoing plight of diesel, it will likely still prove highly popular. There are currently no plans to bring the 1.5-litre CLA 180d diesel to the UK, however.

There are three key chassis differences between the A-Class and the CLA. First, all CLAs, regardless of engine or trim level, come with multi-link rear suspension, not the considerably less sophisticated beam axle used on most of the hatchbacks. Second, the track has been considerably widened (by 63mm at the front and 55mm at the rear) to provide a wider, more planted footprint. Third, all CLAs receive bespoke spring, damper and anti-roll bar settings that are designed to make them feel considerably more sporting than the equivalent A-Class. 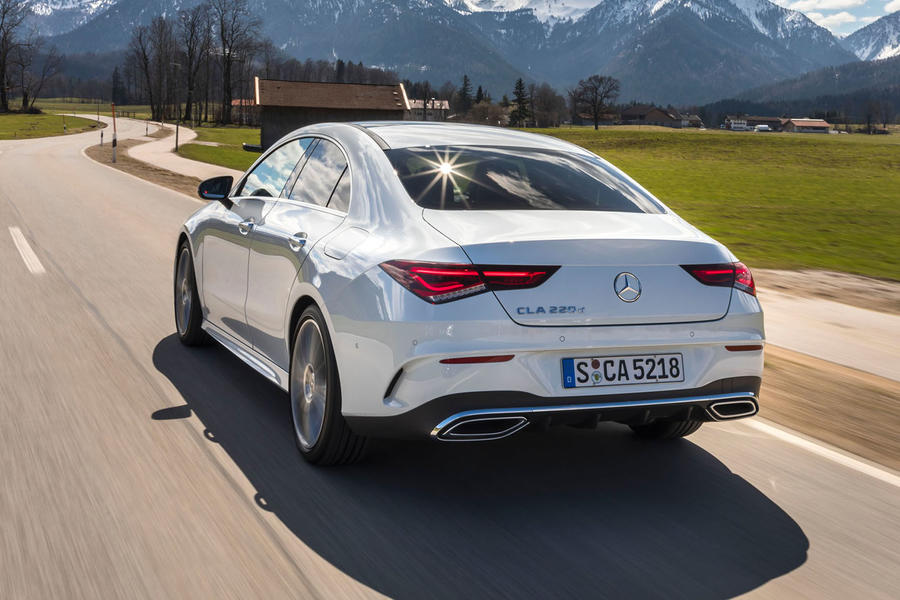 The CLA is as high-tech and high-quality on the inside as it is good-looking on the outside. All the cars we drove were in top-of-the-range specification and seemed commendably plush for machines that populate the lower echelons of the Mercedes range. The interior is airy and more spacious in all directions than that of the original Mercedes-Benz CLA, although four average-sized adults will still find room more adequate than generous.

All the Mercedes-Benz A-Class technology comes across, including the MBUX operating system and Stuttgart's ‘Hey Mercedes’ answer to Siri and Alexa. The high-definition TFT touchscreens are easy to use, but the voice recognition software remains flawed. We drove three cars and each joined the conversation without being asked.

Also, the CLA comes with intrusive safety systems that buzz the steering wheel even when you’re close to the edge of the road and apply the brakes when it incorrectly concludes you’ve misjudged a situation. We applaud the sentiment, but it’s too sensitive. You can turn the systems off, but they default to on, so if you stop for fuel, you’ll have to switch them all off again. There’s a balance between keeping a car safe and allowing the driver command of his or her ship, and the CLA is on the wrong side of it.

Otherwise, this is a car that makes few mistakes. The diesel motor is strong and sufficiently refined, the gearbox quick enough. But the chassis is the stand-out performer, imbuing the CLA with a combination of poise, grip, ride comfort and steering response absent from any A-Class, AMG A35 included. 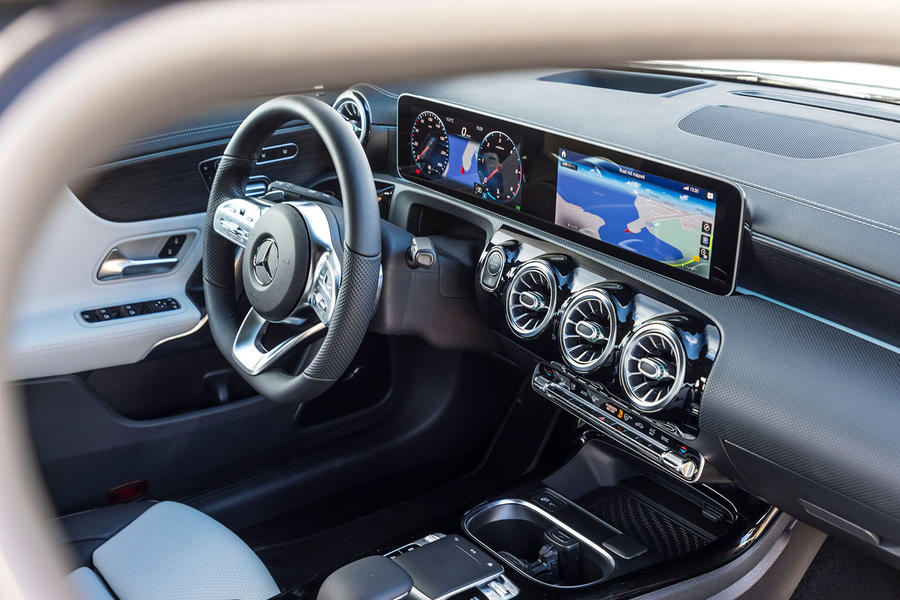 This is a car with surprisingly few rivals, because its coupé appearance combined with four-door practicality is an undeniably appealing formula. And if you like the way it looks and can live with the over-eager electronics, you’ll find the CLA not just a highly competent every day car but a rather satisfying one, too.

It’s also the first non-AMG model based on current or previous Mercedes-Benz A-Class architecture that you would describe as being genuinely good to drive. Thank the chassis modifications for that, and hope that in time Mercedes decides to roll them out across the entire A-Class family. 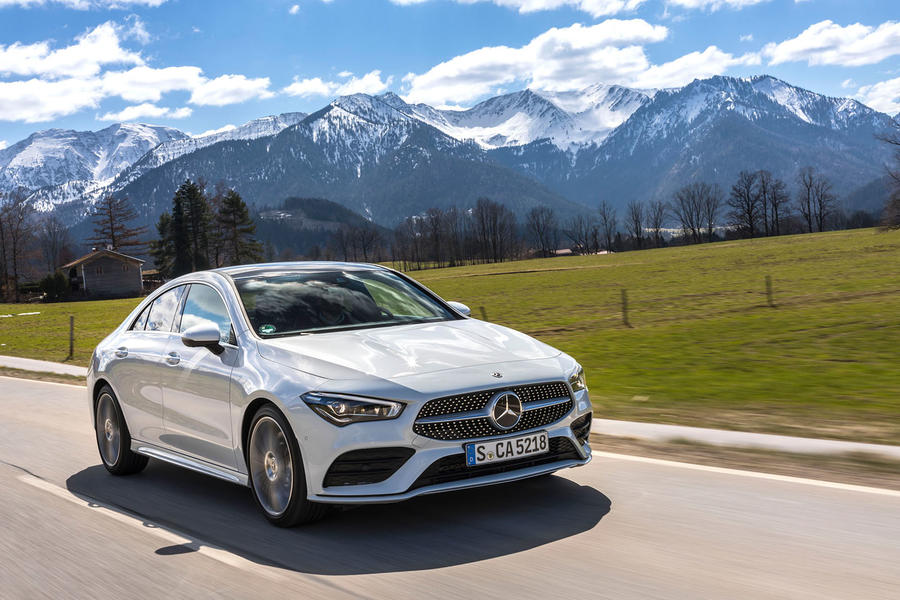 Sounds like this cla is a good steer once all of the intrusive 'safety' gadgets are turned off. We enthusiasts are going to have to accept that turning systems off is going to get harder and that in the not too distant future the off button will disappear all together. Time to buy a car keep for 40years, make mine an elise.
arena 19 April 2019

nice ride but agreed. interior looks can be better.  <a href="https://ambersparkcondo.com">Amber Park</a>

Agreed. No car, let alone a Mercedes, should be afflicted with such an ill conceived interior. Nothing relates to anything else. Those turbine air vents are the worst kind of 'baroque' ornamentation.

I will agree to both comments. If I was in the market I would try to overlook these interiors but not sure it wouldn't grate in the end. I have driven regularly recently someone's new E cabrio with these full screens, toggle/swipe buttons and in your face vents (I know).
They will age quickly when they change them again. I have driven a 2015/2016 S class more often and some settings access has improved on the E coupe, but the A class does look chintzy.
Search for a used C-class for example and the large bezelled info screen pre face-lift dates it enormously (of course there's nothing wrong with it).
Still, if the load space is practical enough, a CLA in Silver, red, grey or blue would do it for me in a cheap spec as it seems much better to drive. I drove the suoerceded A class and that rear end twitches.