You could be forgiven for not noticing much difference in this latest Mercedes-AMG S63 Cabriolet, an update of the 2014 model.

That’s because, says product boss Dirk Fetzer, acceptance of the car’s styling remains so high that AMG chose to focus investment on the technical side. As a result, there’s plenty that’s new under the cover: a 4.0-litre V8 bi-turbo unit replacing the 5.5-litre, a nine-speed wet-clutch automatic gearbox and a host of fancy technology recently introduced on the Mercedes-Benz S-Class saloon.

For the sake of diligence, exterior changes include a new AMG panamericana grille and front apron with jet wing, plus new side skirts and OLED (Organic Light Emitting Diode) tail-lights.

The panamericana grille on the S63 ensures the model looks different to the two other S-Class cabriolet models: the entry-level S560 and the top-of-the-range S65. The S65 also has a panamericana grille but with a V-shaped cooling air intake, while the S560 has a standard Mercedes grille.

Pricing hasn’t been announced yet, but given that the coupé equivalent starts from £127,515 and the outgoing S63 cabriolet cost £135,675, you can expect the new model to be around £141,000. When you consider rivals the Aston Martin DB11 and Bentley Continental GT – typically considered more prestigious than Mercedes – are in the same price category, the S63 Cabriolet has a lot to prove.

It’s worth noting that our American test car is 4Matic four-wheel drive, which will be the only option for the S63, unless you live where we do. In the UK, it will only be available in rear-wheel drive. 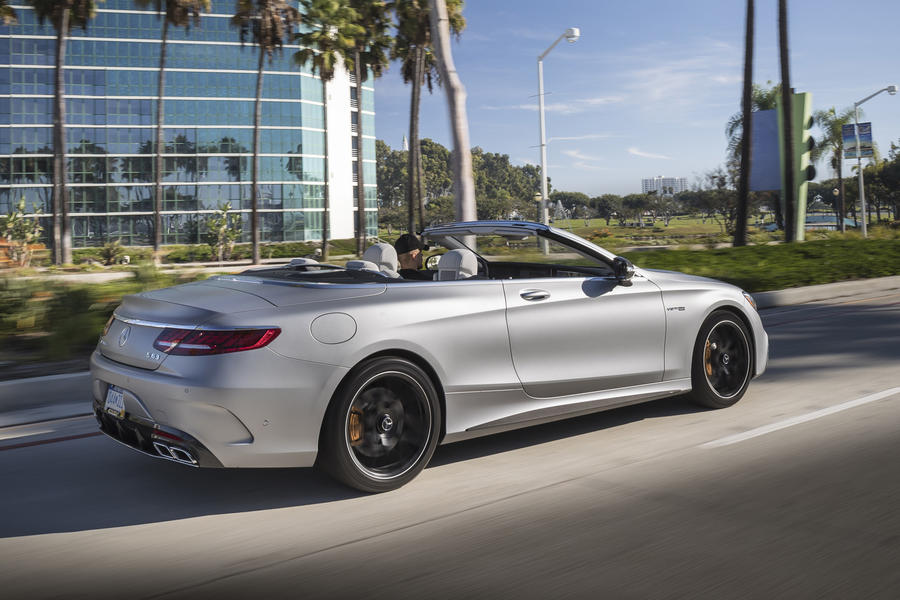 We were already a fan of the outgoing S63 Cabriolet, and AMG has managed to make this updated model more focused where desired but also more broadly appealing to all.

Whereas getting in a DB11, as much fun as it is, feels slightly claustrophobic and distinctly more sports car-like, getting behind the wheel of the S63 is intuitive, making it the ultimate cruising grand tourer.

This is a car you can throw around corners with aplomb, knowing that it has all the grip and flexibility you need. It weighs a hefty 2185kg, compared with the DB11’s 1760kg (though its forthcoming Volante will be slightly lardier), but despite that, it’s not something that’s an issue on bends. That said, the DB11 feels more compact – it’s 293mm shorter but wider – and is slightly more purposeful into those bends. That’s not surprising when the DB11 is trying to be fewer things to fewer people.

The S63 Cabriolet is also a car where you can put your foot down and marvel at the sheer speed, thanks to 612bhp (26bhp more than the outgoing model), 664lb ft of torque, four-wheel drive and a nine-speed multi-clutch automatic, first seen in the Mercedes-AMG E 63. It hits 0-62mph in a hasty 3.5sec. That’s 0.5sec faster than a DB11 V8, 0.7sec faster than its predecessor and, notably, 0.7sec faster than the new S65 Cabriolet.

Mercedes claims that difference is largely down to the S63’s four-wheel-drive system; the S65 uses rear-wheel drive. And so, for UK buyers, who will only get a two-wheel-drive S63 Cabriolet, acceleration increases to 4.2sec.

And then there’s the comfort and refinement. Despite offering this sort of speed and handling prowess, even in soft-top form, refinement and ride are impressive.

Of three key modes, Comfort will be used most by drivers, reckons Mercedes. And it is this mode that enables the S63 to behave like a normal non-AMG car, but just a really good one. The worst complaint of Comfort is that steering isn’t super-sharp but that’s only in contrast to the two other modes, Sport and Sport+. These alter elements such as gearbox mapping, steering weight, dampers and engine responses to various degrees. It is in Sport+ that the S63 starts to compete on driving roads with the Aston Martin DB11.

Inside, the S63 gets the new widescreen cockpit plus a few extras such as sat-nav and cruise control. Then there are some options worth adding too – most notably a £1600 Driver Assistance Pack that features all the clever semi-autonomous technology found on the S-Class saloon.

We tested the active distance control and active steering assist, which essentially allows you (if it were legal) to take your hands off the wheel for up to 30 seconds and can not only speed up and down but also steer around bends. It’s impressive stuff, even if means the Germans are just catching up with Tesla. 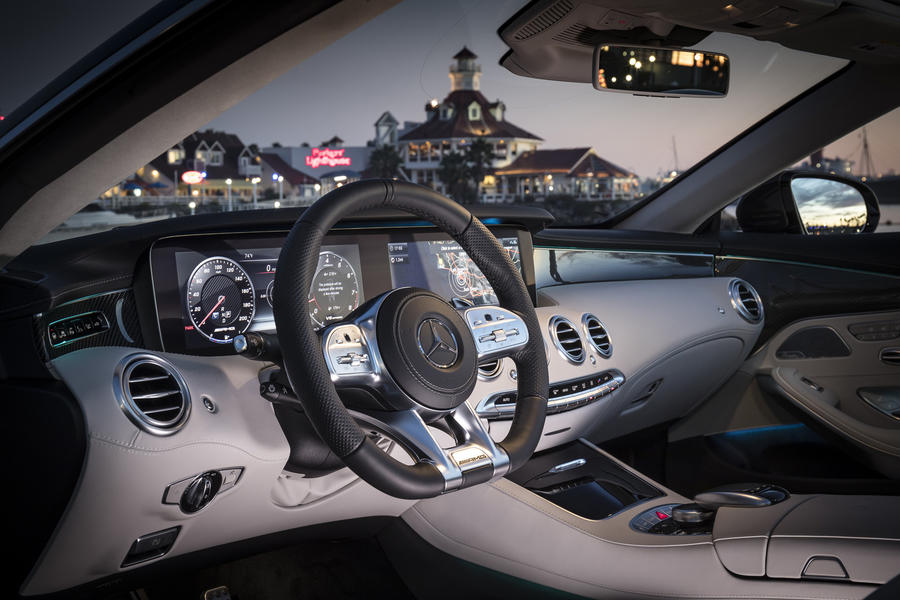 The biggest dilemma here is brand preference. For many, a Bentley or Aston Martin will have more prestige than a Mercedes, which sells in shedloads by comparison.

Nonetheless, it is an exceptionally well-rounded car, exceeding its rivals in offering an impressive blend of comfort, handling and speed.

For those set on a S-Class Cabriolet, it’s also worth considering the cheaper S560. The £116,000-ish car isn’t nearly as sharp but may well be respectable enough to keep the majority of punters happy, and for a lot less money. 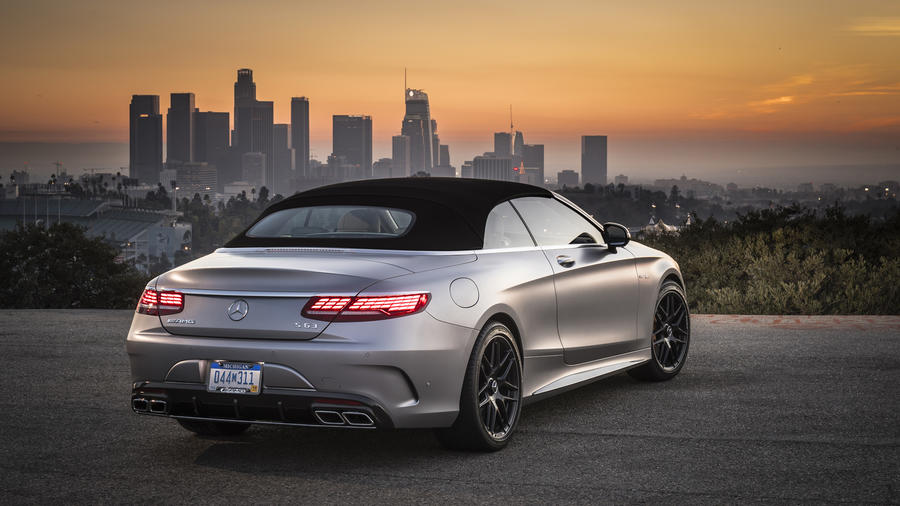 I'm not the slightest but

I'm not the slightest but interested in the twice laboured badge snobbery.

My only niggles are that whilst the power is certainly mighty. the engines are getting less special and 4 litres is just a little bit puny. This is ultimately an S560 with more boost.

I'm not the slightest but interested in the twice laboured badge snobbery. My only niggles are that whilst the power is certainly mighty. the engines are getting less special and 4 litres is just a little bit puny. This is ultimately an S560 with more boost.