7
All-paw junior performance estate is easy on the eye, but can it also prove entertaining to drive on British roads?
Open gallery
Close

When it comes to compact load-luggers, few deliver as much visual clout as Mercedes’ CLA Shooting Brake.

The four-door coupé-cum-estate already melded dramatic styling with seats-down practicality, courtesy of an extended roofline and sloping tailgate that delivers more spaciousness than its CLA saloon sibling. But now this 35-badged performance version adds powertrain potency into the mix.

It gets the same turbocharged 2.0-litre four-cylinder engine you’ll find in Mercedes-AMG the A35 hatchback, which sends an identical 302bhp and 295lb ft of torque through a seven-speed dual-clutch automatic gearbox and 4Matic four-wheel drive system. Power usually goes to the front wheels, but an electromechanically controlled multi-disc clutch can send as much as 50% towards the back axle. That allows for a 0-62mph sprint in just under five seconds, with an electronically governed top speed of 155mph.

Suspension is by MacPherson strut front and multi-link rear. Our test car was fitted with Mercedes-AMG’s ride control adaptive damping.

Affalterbach hasn’t dialled up the aggression too far (that’s saved for the even more hardcore CLA 45 Shooting Brake), but the 35 stands out from the standard CLA with bespoke front and rear bumpers and a pair of more purposeful tailpipes. An optional AMG style pack adds 19in black alloy wheels to the mix, along with front and rear diffusers and a more prominent spoiler.

Mercedes reckons the Shooting Brake is one of its more popular models among younger buyers, and with the top-end CLA 45 priced beyond £50,000, the go-faster CLA 35 seems destined to make up a good portion of UK sales. 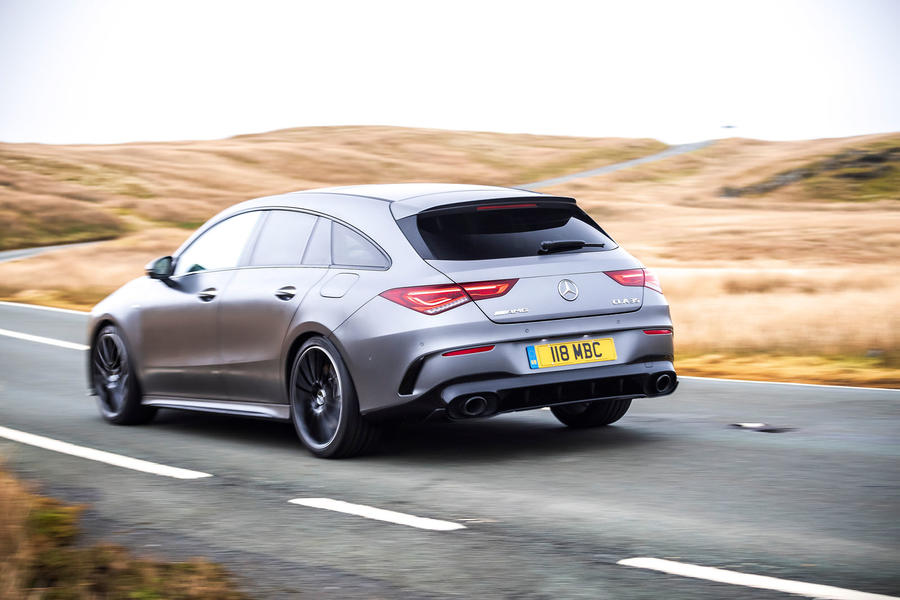 Out on the road, the CLA 35 delivers ample pace when called upon, although the four-cylinder soundtrack is somewhat muted, even in the angriest of the driving modes. Lift off and you’ll get a few pops and crackles, with a bit of in-cabin aural trickery to liven things up a little, but it’s much less of a lout than the shoutier Mercedes-AMG A 45 S. It delivers speed without any real drama, but is undeniably efficient in doing so.

The seven-speed gearbox is fairly responsive, downshifting far sooner than any fast VW Group ’box doing the rounds right now, but it can be a little twitchy at city speeds and full-throttle upshifts cut in a little early. It’s much sharper when you take control using the paddle shifters, although the dashboard shift indicator doesn’t always keep up with your right foot, making it a little too easy to bounce off the limiter when really pushing on.

Through corners, the CLA lacks the dynamism of larger, rear-driven rivals from the class above, but it manages to engage with the driver on a greater level than a Volkswagen Golf R Estate. Steering is light, if not particularly quick, but the confidence-inspiring four-wheel drive system lets you hug tighter bends at significant speeds. With the adaptive dampers set to Sport mode, the CLA holds on well, although anything more than Comfort is a little harsh for British B-roads.

It copes well with motorways in this mode, to a level that’s refreshing to see in a performance machine, although a relatively high level of road noise means it isn’t quite the cruiser other estates can claim to be.

Inside, the CLA 35 gets the same upmarket cabin treatment as the rest of the A-Class range, with a twin-screen dashboard that puts information at your fingertips, either through the steering wheel-mounted twin touchpads or on the touchscreens themselves. The MBUX interface is very customisable but isn’t quite as intuitive as either BMW’s iDrive or Audi’s Virtual Cockpit.

Sports seats, soft-touch materials and ambient lighting make for a visually impressive interior, but the sloping rear provides only average head and leg room for rear seat passengers. The Shooting Brake doesn’t have a significantly bigger load bay than the CLA saloon, either, with a seats-up 514 litres or seats-folded 971 litres, although this is still an improvement on the Mercedes-Benz A-Class hatchback, and the wider boot lip makes loading easier. 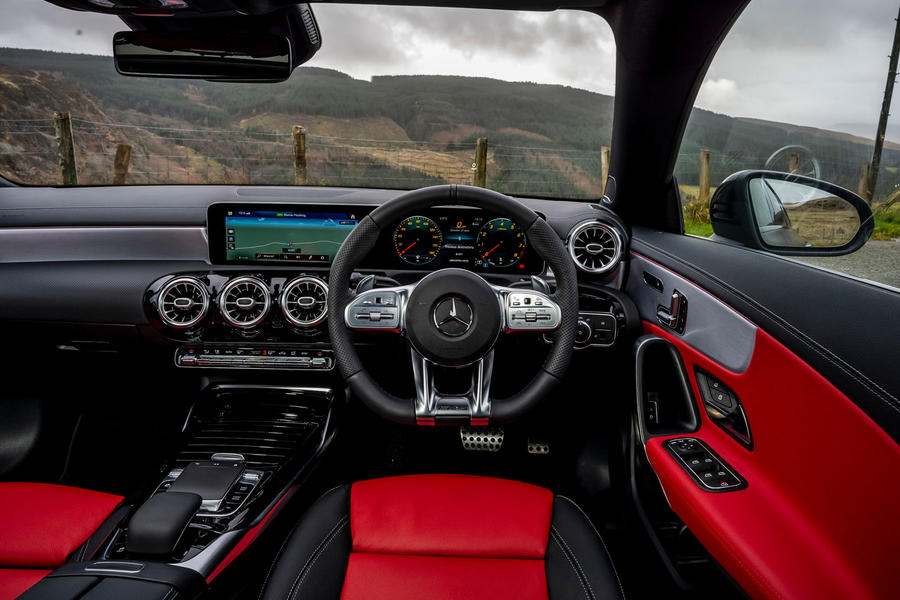 Given the limited choice of small, fast, all-wheel-drive estate cars right now, the CLA Shooting Brake is almost in a class of one. The Golf R Estate has been put to pasture until at least the end of the year, and the upcoming Cupra Leon ST is still several months away. A Ford Focus ST Estate, meanwhile, only drives its front wheels.

The CLA 35 doesn’t have the most characterful engine, however, and it’s pricey. You could have a still potent BMW 3 Series Touring for less, and that would also be more practical. The 35 will always exist as the middle child to the even quicker CLA 45, too. 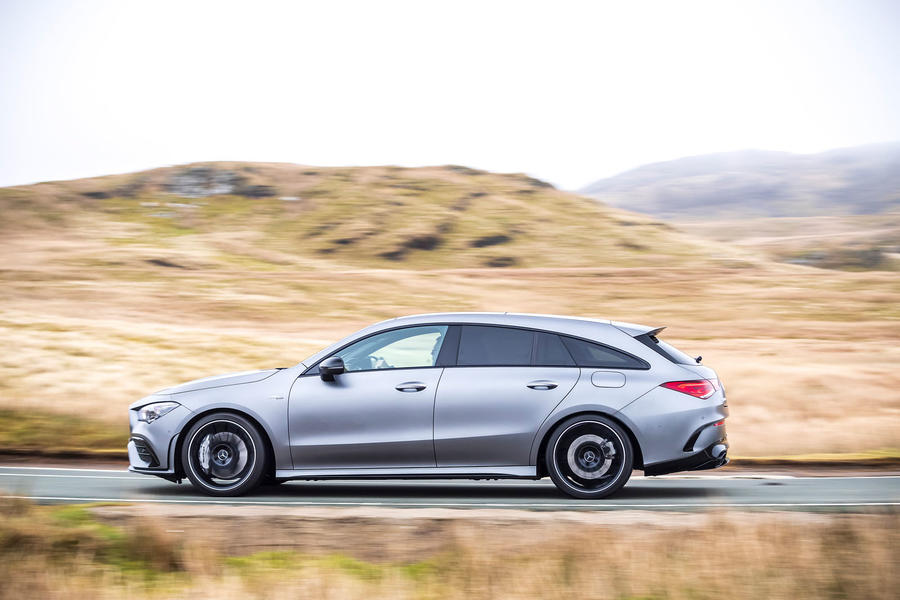 Who came up with this meaningless term and now it's appearing regularly in Autocar.

Did you test the car with the

Did you test the car with the optional 19" wheels? Would it ride better on the standard rims? This is a slightly baffling review - the A class seems especially spec sensitive, so some more detail is required. Some versions seem really good while others disappoint.

And as for those crappy computer game fake instruments...