The result, with the right wheels and paint, is a sporty-looking load-carrier with performance that, not many years ago, would have been worthy of a Porsche.

It comes with an on-road starting price of £64,495 that looks decent value, and it’s still not too bad when boosted to £72,455 as in our Hyacinth Red test car, which rolled on 20in wheels fitted with five-spoke black alloys. 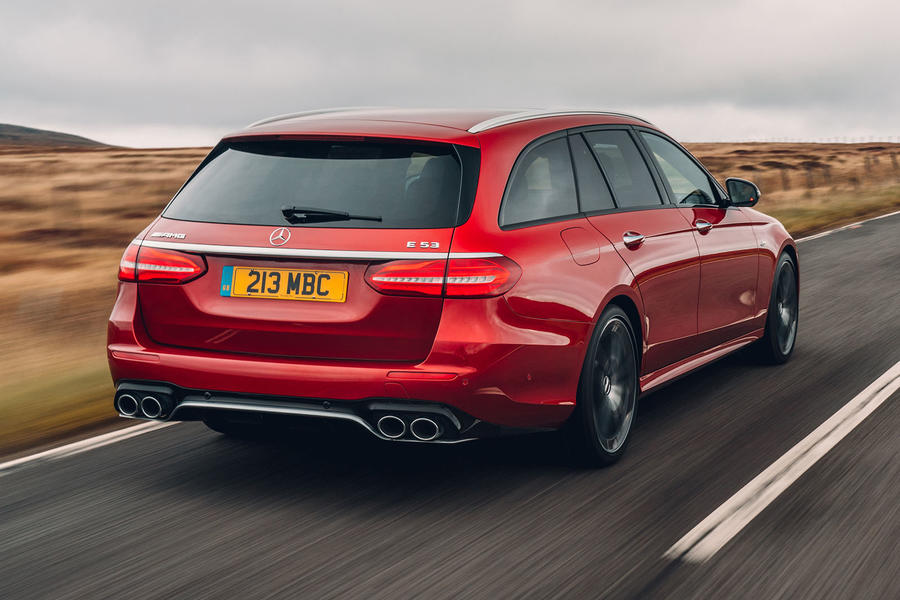 After the paint and wheels, there’s not very much AMG decor on this one, though you get the Affalterbach message easily enough. The badges and grille are AMG-specific, and those wheels (plus the standard air suspension) give it a stance that means business.

Inside, some labelling and a flat-bottomed wheel are the obvious AMG add-ons. You also get extra driving modes (via a Dynamic rocker switch) and a separate shocker ride adjuster. Which underscores the point about this E53: the bigger changes will be the ones you feel on the move.

Start the engine and there’s the kind of audible rasp you’d never hear in a cooking E-class; the performance intent is immediately obvious. This car has a 3.0-litre turbocharged petrol straight six (packing 429bhp and 384lb ft of torque) that is supplemented by a 48-volt mild hybrid powertrain, the same one offered in the Merc S500.

This set-up inserts a 21bhp, 184lb ft electric motor between the engine and the nine-speed automatic gearbox. It seamlessly starts the petrol engine, augments take-off and acceleration, can help the car coast, engine-off, in its economy setting, and converts itself to a generator to feed retardation power back into the battery on the overrun.

On the performance front 0-62mph acceleration is timed at 4.5 seconds and top speed is a governed 155mph; in real-world driving you’ll easily turn 32-34mpg and 38 if you try hard. Which makes Mercedes’s combined figure of 31.7mpg figure look more honest than most. The 203g/km CO2 output isn’t too shabby, either.

The performance is effortless, partly because the electrically boosted power and torque don’t have lags or gaps, and partly because the nine-speed ’box provides a profusion of low, easy shifting ratios especially in the early acceleration phase. You can control the gearbox by paddles if you want, but with a Sport setting selected, you’ll soon get the feeling that the gearbox makes sophisticated decisions often better than your own. Only the need for engine braking on long slopes encourages you consistently to use the paddles.

This is a heavy (2.1 tonne), long wheelbase car, so it’s not the kind of thing you chuck about. The standard 4Matic drive system (which in all but low-grip situations allows the car to behave as a rear-wheel drive Merc) and the slightly too intrusive electronic stability controls keep it very firmly in line. However the E53’s steering weight and accuracy makes it surprisingly simple to place, and with the right chassis settings it grips beautifully, corners neutrally and practically refuses to roll on bends. The 4wd system causes some intrusive tyre scrub at low speeds on concrete surfaces, but you get used to it. The brakes (increased in size as part of AMG’s work) are very powerful and intuitive.

Seekers of last-word luxury may not like the word: even in Comfort this big estate is stiffer and sportier than most peers. My own choice, 85% of the time, was the Sport setting, though I soon learned how to locate the Dynamic button by feel (for UK buyers it’s on the wrong side of the HMI selector wheel) to calm the ride over extended ruts. Most of the time, though, this is a pleasant, fairly sporting, fast and long-legged machine with generous space in its cabin, well capable of extended trips for four people and generous amounts of luggage. It’ll make quite a lot of AMG-style noise with its exhaust and induction system if you give it the beans, but these never seem to intrude unless you want them to. 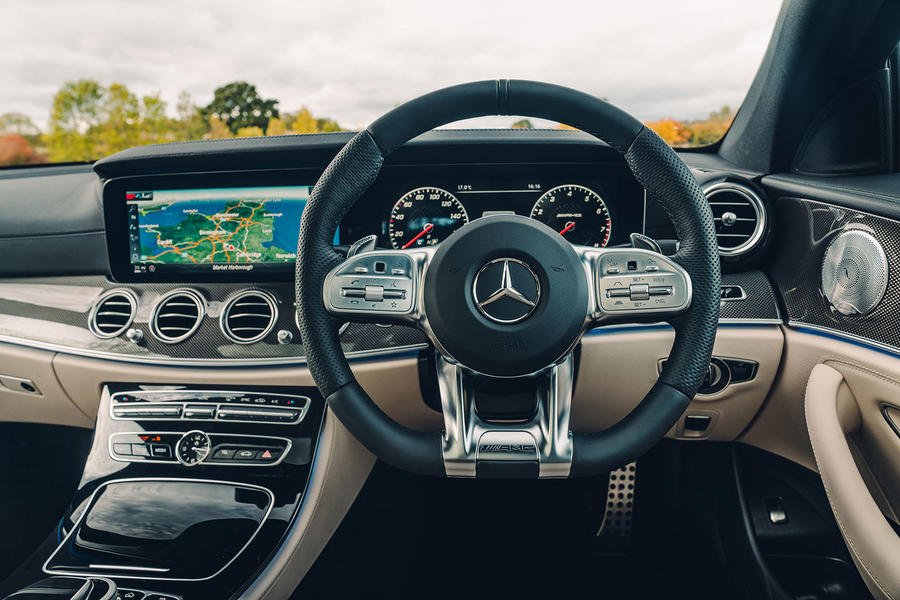 Hard to think of a big reason not to, unless you have an especially strong desire to own an equivalent model from a different brand, or if the others offer a better deal.

The hybrid economies and the extra 4Matic traction just add to its all-roads, all-year appeal. 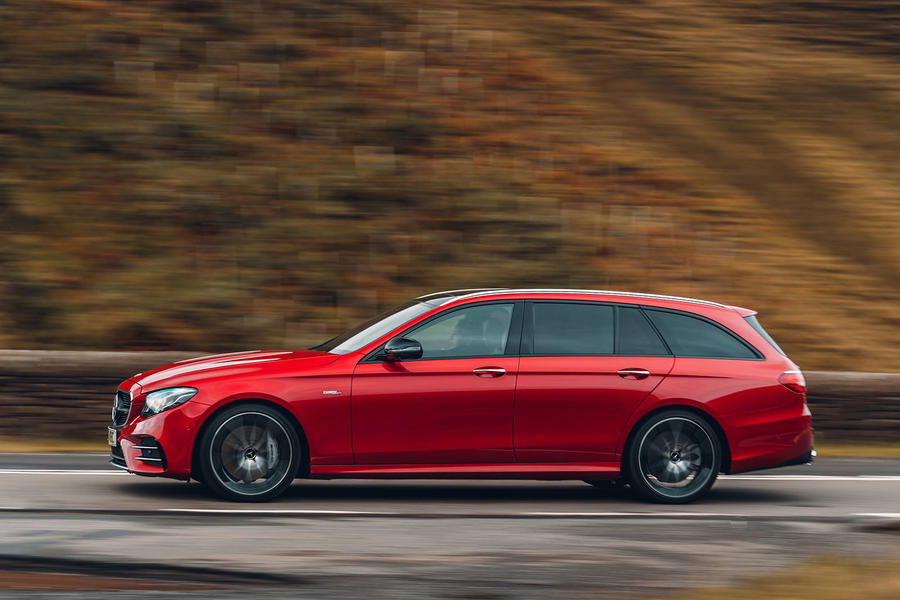 So how much torque does it make in total

384 is the same as the old E43 so add 184 is 568 lb ft but yeat the performance is a couple of tenths faster than the 43. Put another way if the max is 384lb ft does the petrol only make 200?  Clearly when combined its not much different to the old motor.

How wonderful that in 2018 we have such an amazing proposition? If your in doubt Google what was available in estate form back in 1985. And you are still compaining.......?

What planet are road testers living on when they think that £65k+ is 'decent value' for a mid range large estate car?

This comes from driving cars all day long that they never pay for....my guess is that they wouldnt be able to find the £72.5k!

Thats a shit load of money for an Estate which doesnt even have a bent 8 in it!

While on the subject I still hate this model numbering - its BS. This is an E300 AMG Estate not an E53....not even close - even with a vacuum cleaner motor strapped to it.