From £50,0108
Share review
Base version of AMG's take on the C-Class Estate is a compelling tourer, but it lacks a degree of dynamic excitement
Share
Open gallery
Close

This is the practical, family-friendly estate version of the facelifted Mercedes-AMG C43, which in itself is the sensible, least aggressive version of all the AMG-fettled C-Class models.

It sits beneath the unhinged C63 and C63 S in the Affalterbach hierarchy and makes use of a twin-turbocharged V6 petrol engine as opposed to the thunderous V8 found beneath its big brother’s snout.

While that V6 is in essence the same 3.0-litre unit from the pre-facelift car, AMG’s engineers have turned its wick up ever so slightly. Where it previously developed 362bhp, there’s now 385bhp, and while the torque output of 384lb ft hasn’t changed, it’s now deployed to all four wheels from 2500rpm rather than 2000rpm.

Elsewhere, the multi-link suspension architecture retains standard adaptive dampers, while newly developed, AMG-exclusive elastokinematics have been implemented with a view to improving the C43’s high camber stability when navigating corners at a fair lick. 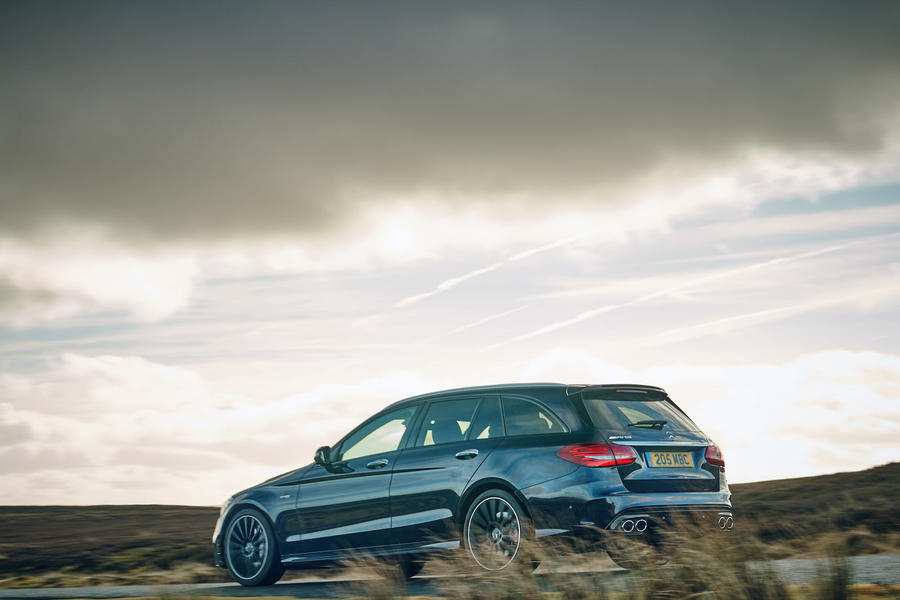 Viewed as a comfortable, versatile family tourer that also happens to be devilishly quick, there’s plenty to like about the revised C43 Estate. However, as the sort of out-and-out driver’s car, the picture it paints isn’t quite as convincing.

Let’s have a look at its strengths first, chief among which has to be the quality of its ride. The manner in which its suspension has been calibrated allows for an impressive amount of both pliancy and control, which translates to a nearly waft-like quality when travelling over undulating country roads at speed. It smooths out compressions with a cushioned confidence before exhibiting tight vertical control over the following crests. Compared with the previous C43 Estate, which we criticised for the unsettled manner in which it deals with these rolling road surfaces, it represents a solid improvement. You'd have little cause for the complaint at the prospect of driving one from London to Edinburgh, such is the civil nature of the ride.

The engine is a bit of a peach, too. It gives the C43 a turn of pace that would be easily capable of landing you in hot water with the constabulary if you’re not careful, while the AMG Performance exhaust fitted to our test car amplifies its aggressively sonorous bark. At crank speeds above 4000rpm, it sounds deliciously ferocious.

The interior, meanwhile, strikes an ideal balance between sporting intent and cultured, sophisticated refinement. The seats are cosseting and plenty supportive, while the brown leather they’re upholstered in (a £795 option) looks particularly smart - to our eyes, anyway.

The technology offering is decent, too; the 10.3in infotainment screen is clear and easy to read, if a little slow on start up, while the 12.3in digital instrument cluster (part of the £4995 Premium Plus package alongside an excellent Burmester sound system) is even more graphically slick.

So, the C43 impresses on the motorway and on faster country A-roads, and for many, its straight-line pace and refined dynamic manners will be enough of a selling point. But those who expect a healthy dollop of dynamic engagement from their AMG will likely be left wanting.

The nine-speed automatic transmission, for instance, can be irritatingly hesitant when manual mode is selected. Full-throttle upshifts have to be executed sooner than anticipated, else you find yourself slamming into the limiter some 250rpm earlier than is seemingly depicted.

And while the C43’s chassis displays useful balance and poise and body roll is tightly controlled through faster bends, the rear-biased nature of the 4Matic four-wheel drive system doesn’t make itself all that apparent. On a damp road, the threshold for overcoming the 225/40-section front tyres’ grip isn't particularly high and the fairly heavy-handed ESC system seems to mute everything before the rear axle can properly come into play, even when in its less restrictive setting. 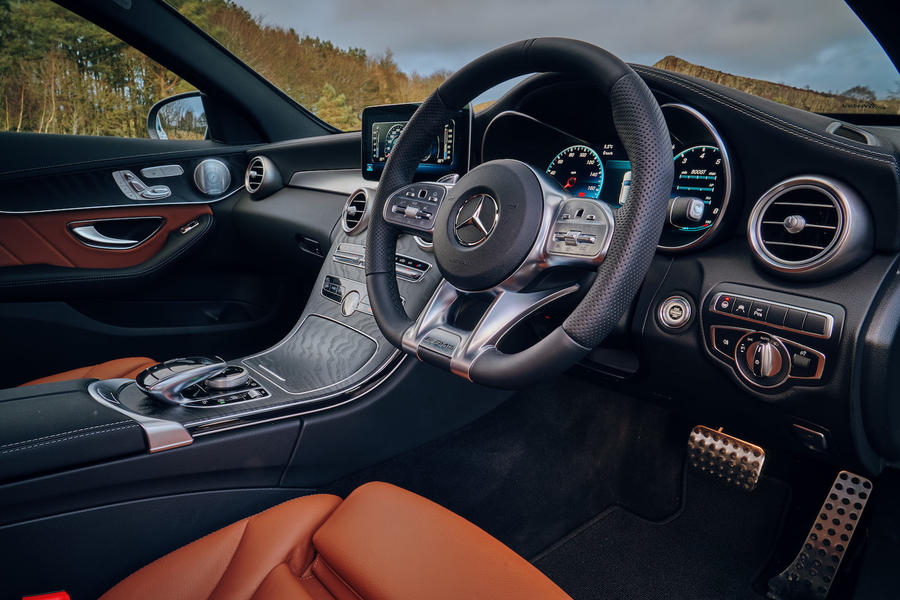 In a similar manner to the C43 Coupé, the C43 Estate doesn’t quite come across as the white-knuckle driver’s car you might expect to emerge - likely in a flurry of tyre smoke - from the headquarters of AMG. Instead, it’s forte is its ability to cover big miles in a comfortable and refined manner, complemented by a sprinkling of potent cross-country performance appeal.

Because of the added practicality that comes with having four doors and a large (460-litre) boot, the Estate feels like the more complete model variant in the C43 line-up and therefore makes the strongest case for itself.

Of course, at £51,200, it isn't particularly cheap; the BMW 340i Touring M Sport is £45,075, for instance – but then again, it is about to be replaced. And until Audi clears the S4 Avant for WLTP, the C43 finds itself at the top of the fast family estate tree almost by default. That's not a bad place to be, really. 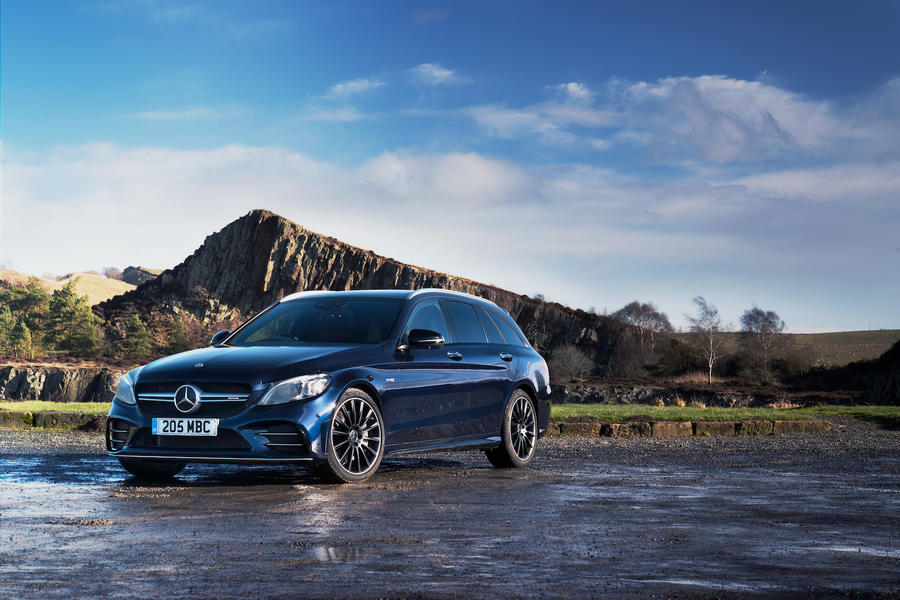 German cars are for people who dream about Italian cars

So it's comfortable on real roads, fast to get past slower traffic and the four wheel drive system is balanced for actual driving =  I'll take one.  If, however, I was an Autocar youth flown out by Mercedes Benz to a launch event on full expenses and only wanting to thrash a car on empty roads for 2 hours.  I can see why you may call it boring and complain about the upshift on full throttle.  #getreal