From £40,4009
Modestly optioned but massively capable diesel is the sweet spot of the range
Open gallery
Close

Of all the Land Rover Defender variants, the D240 seems the best-positioned for UK residents.

It uses a 2.0-litre turbodiesel with 237bhp and 317lb ft, and while these modest outputs don’t quite translate to sparkling fuel economy, in S form the Defender’s pre-option price is reasonable. It’s also worth remembering that this is one of the world’s most capable cars – maybe even in the top one.

To recap, the new Defender arrives in five-door ‘110’ form first, with the short-wheelbase 90 to follow. Both are based on the most rugged derivative to date of Land Rover’s longitudinal-engined architecture. This largely aluminium car comes with 2.0-litre diesel and 2.0 and 3.0-litre petrol engines, can tow 3500kg, and on air springs (steel coils come later) wades 900mm of water. It has remarkable off-road credentials.

Here, though, we drive it on the road, at length, for the first time. A British road at that. And a narrow one, which was my biggest concern for this 2105mm-wide car when I first drove it in Namibia – a country nearly four times the size of Britain but with fewer than 4% of the people. So while the place has fewer surfaced roads, they’re plenty wide enough. 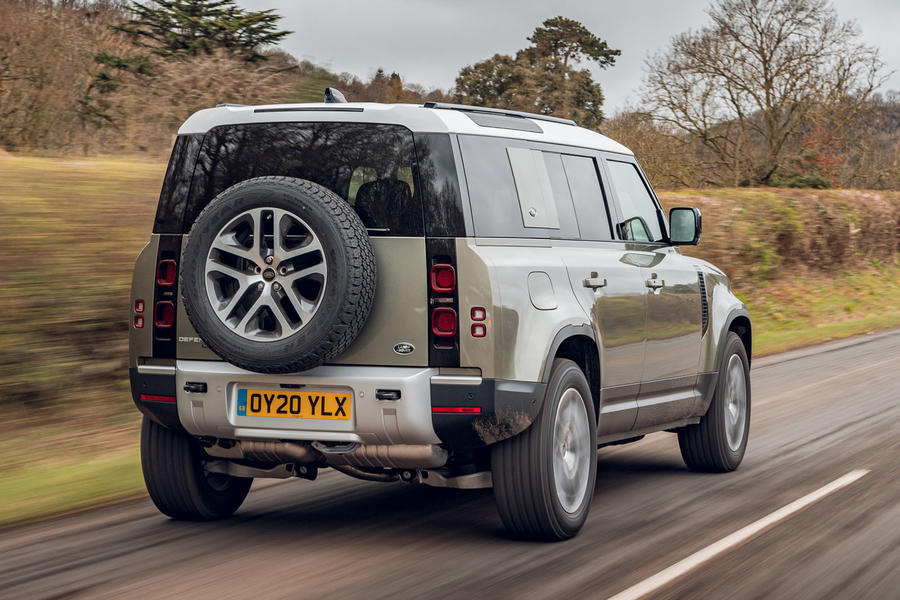 I needn’t have worried. The Defender has a tall, upright driving position, a large steering wheel and a low window line. The body’s edges are also easily gauged, so it’s simple to accurately guide the thing along even tight village roads.

The ride’s remarkably good while you do it, too. Land Rover has opted to give the Defender a relaxed gait, with noticeable lean but a controlled roll-rate and effective body control, even when the chassis is loaded up.

Too many manufacturers seek to tie down an SUV to achieve a ‘sporty’ ride, but omitting that tag (Land Rover insists the Defender is ‘a 4x4’) has allowed the Defender’s ride to breathe, and yet this is combined with really exceptional composure. The dynamics are engaging without trying to be too sharp.

The 2.0-litre Ingenium diesel is also quiet. When this engine family first rolled out, the diesel was a grumbly thing, but now refinement is first rate – as good here as in any of the cars in which we’ve tried it, and quieter than its counterparts in the Ford Ranger Raptor or Toyota Land Cruiser. A muted thrum is typically as noisy as it gets, and the smooth eight-speed transmission (with low-range ratios) is the only option.

The electronically locking centre differential is standard, though an e-diff at the rear is a £1000 option. Inside, all Defenders feel good.

This S is just one step up from the base trim (available only with the 197bhp diesel) and here we have part-electric, part-leather, heated front seats, digital displays and smartphone integration. That every model gets body-colour trim and exposed screw-heads means all get a dose of functionality, too, so none feels the poor relation, and the classic Defender cues make this a special cabin. Mind, at £52,110, it should be.

Only diesel Defenders fitted with the lightest set of options – those that don’t add too much to the 2248kg kerb weight – offer a WLTP fuel consumption above 30mpg. Dependent on options, you’re looking at a 29.6-31.7mpg car, though this betters a Toyota Land Cruiser and is about comparable to a Jeep Wrangler.

A plug-in hybrid Defender comes later, as does a shorter variant, and a commercial version with a 900kg payload, but a pick-up is unlikely. 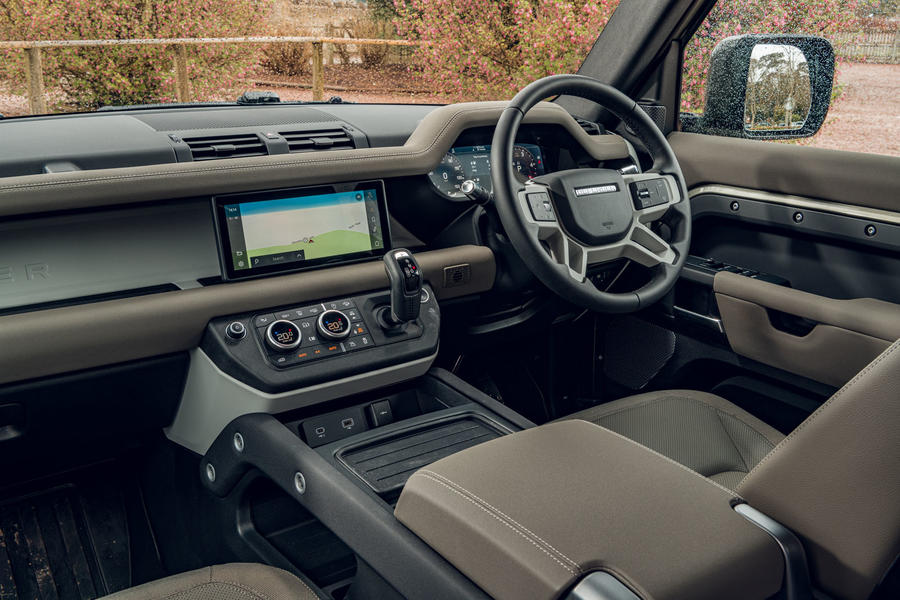 This new Defender steps off where the last one bade us farewell: as a premium vehicle ripe for individualisation, rather than where the Land Rover story started, as a basic utility and agricultural vehicle.

What’s unchanged is how capable it is away from roads. Where it differs is just what a fine, refined and comfortable car it now is on them. 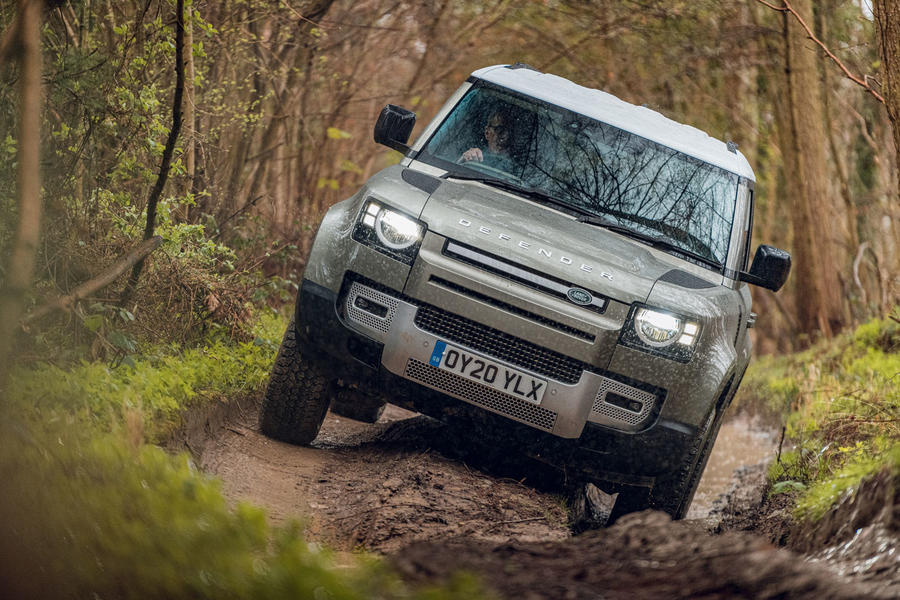 pure badass this id love one,

pure badass this id love one, cant afford it tho

I so wanted to like this after the ugliness of the Discovery but this is just as bad. It looks like a toy car. How can they get it so wrong when the Velar is so beautiful.

The Discovery does not seem to have sold well given how few I see around.

I do laugh at people talking about LR pedigree in off road. Go to Africa and you will see that serious off roaders rely on Toyota not LR