From £18,6668
All-wheel-drive version of the new, sharp-suited best-seller gets a 48V helping hand
Open gallery
Close

The family-sized Hyundai Tucson SUV is the brand's best-selling model to date, now in its fourth generation since its 2004 debut, so you’d expect the Hyundai to come in plenty of versions. Most are two-wheel drive, but there are basic petrol and diesel powertrains, lots of mild hybrids, several levels of full hybrid, and a plug-in hybrid a few months away.

However, there’s less choice if you want a four-wheel-drive Tucson. You’re restricted to the spec of our test car, a 178bhp mild hybrid whose smooth and efficient transverse 1.6-litre four-cylinder petrol engine is assisted by a 48V integrated starter-generator driving through a seven-speed dual-clutch gearbox. It’s fulltime four-wheel drive, like its many rivals, bristling with traction controls and a selectable hill descent function.

The all-new Tucson is a little bigger than the outgoing model (20mm longer, all of which appears to go into rear leg room) and it has a new, rakish design style that lifts it out of the crowd. Its 4.5m overall length fits neatly between a Nissan Qashqai and Volvo XC40. 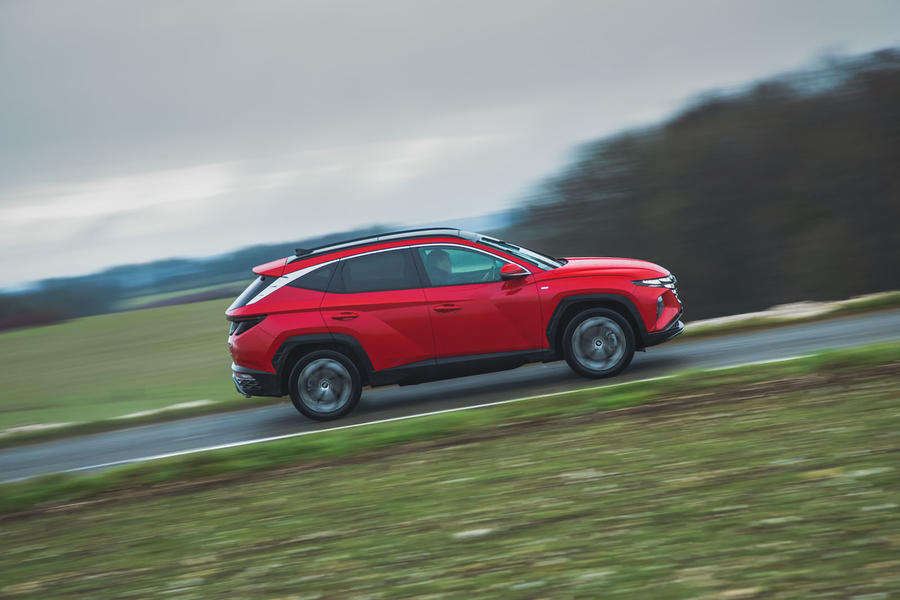 Our test car was a top-spec Ultimate, complete with an impressive safety package, lots of driver-assist electronics and well-organised audio and climate touch controls in two 10.25in screens in the centre of the dashboard. There’s a highly configurable twin-dial driver display, whose design and colour changes with the driving modes – Eco, Normal and Sport.

Drivers unfamiliar with what a 48V starter-generator can contribute will be surprised by this car’s smoothness, its high gearing when cruising and its urgent off-the-mark low-speed acceleration. Steering is light but accurate and the car rides comfortably on motorways.

The Tucson is one of those cars with which you feel instantly familiar. The only mild criticism we have is that the front wheels sometimes scrabble a bit on quick departures while the rear wheels are receiving the message that they’re supposed to drive, too. 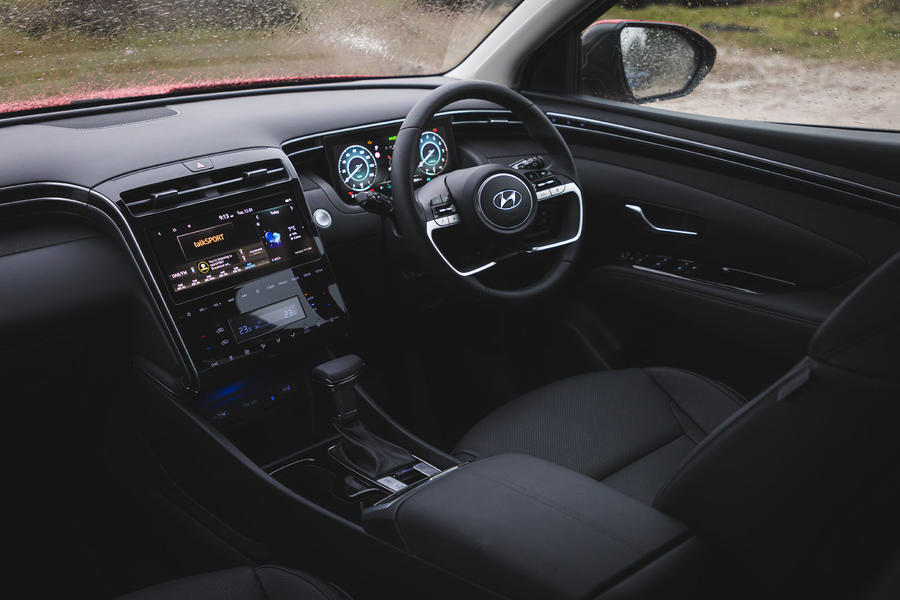 The Tucson is a nicely made and cleverly modernised replacement for an already good car with styling that will be a talking point and road manners plenty good enough to enjoy.

It’s very much the well-rounded machine we’ve come to expect. 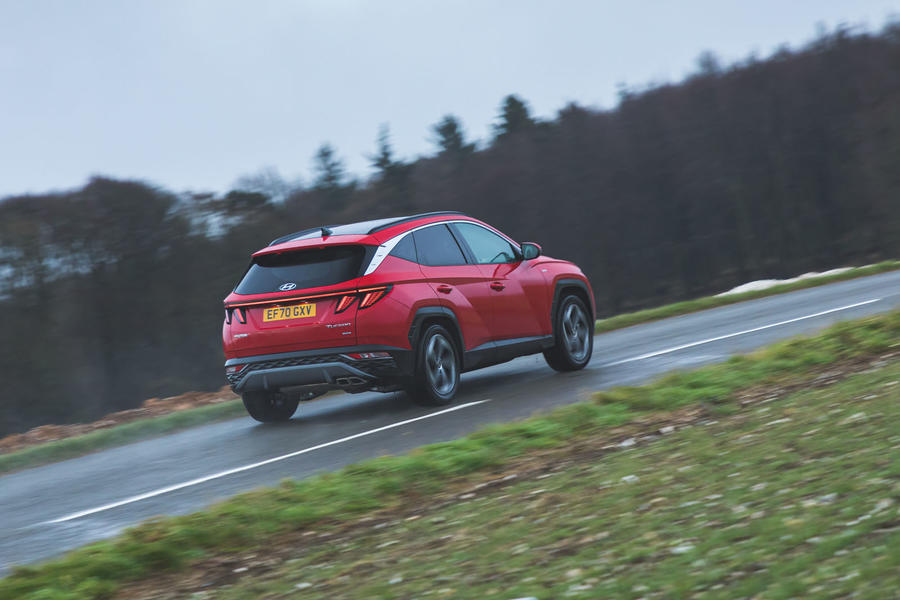 The Tucson is a great car.  I've owned SUVs made by Ford, Nissan, Honda And Toyota. My current is the Tucson but the paint is flaking off in several places. Poor quality paint, poor preparation or just poor painting process? I don't know but Hyundai just say "Not Covered by warranty". So they don't  faith in their own paintwork, but expect customers to have faith in their cars.

Can anyone except Steve Cropley see two 10.25 inch screens in the centre console? I see one and a very small digital temperature screen similar to a digital watch. I like the look of this. Koreans are running way ahead on hybrids at the moment.

The "from price" in your article is misleading to the point of just wrong, the Hyundai official UK website has the price from £28,495.

The as Tested price of £37,500 is more realistic and should be the headline price

I wonder if a reviewer has every driven a base car from a manufacturer - and yes I know that you get what you are given but you should make a point of this in the review.

The "from price" in your article is misleading to the point of just wrong, the Hyundai official UK website has the price from £28,495. The as Tested price of £37,500 is more realistic and should be the headline price I wonder if a reviewer has every driven a base car from a manufacturer - and yes I know that you get what you are given but you should make a point of this in the review.

autocar claim ignorance but its a clear bait and switch scam to trick customers into showrooms with misleading underpricing , you cant even buy a i30 from that price. sure this disgusting suv cost 18k… back in 2010..heck car reviewers also NEVER review poverty spec cars as that will put the car in a bad light so they are always given loaded spec cars horrible car, typical korean rip off design with no cohesive design language of their own entire car is a cheap Ripoff of the Merc eqc buy a Toyota rav 4 over this, better residuals and better build quality than this overpriced turd