From £20,5308
Hyundai’s second compact crossover is simpler and more sensible than the Kona. Is that a good thing?
Open gallery
Close

The compact crossover is now doing such good business for the European car industry that several of the big players have decided they need not one but two of them in their showrooms; and so the apparently never-ending conveyer belt of new cars like these looks set to find a second gear. Whoopee.

To those of us who find these cars about as interesting as freshly daubed matt emulsion on plasterboard, this news may be somewhat unwelcome. But facts are facts; and if you need a smallish family car that’s affordable, spacious, versatile, convenient, comfortable, well equipped and easy to drive, this is the class in which it's easiest to find one.

The new Hyundai Bayon will certainly give you all of that. Think of this as the new, slightly more practical, servile sidekick of Hyundai’s Hyundai Kona, if you will – a Crossland to the Kona’s Mokka, or an Ford Ecosport rather than a Ford Puma rival. 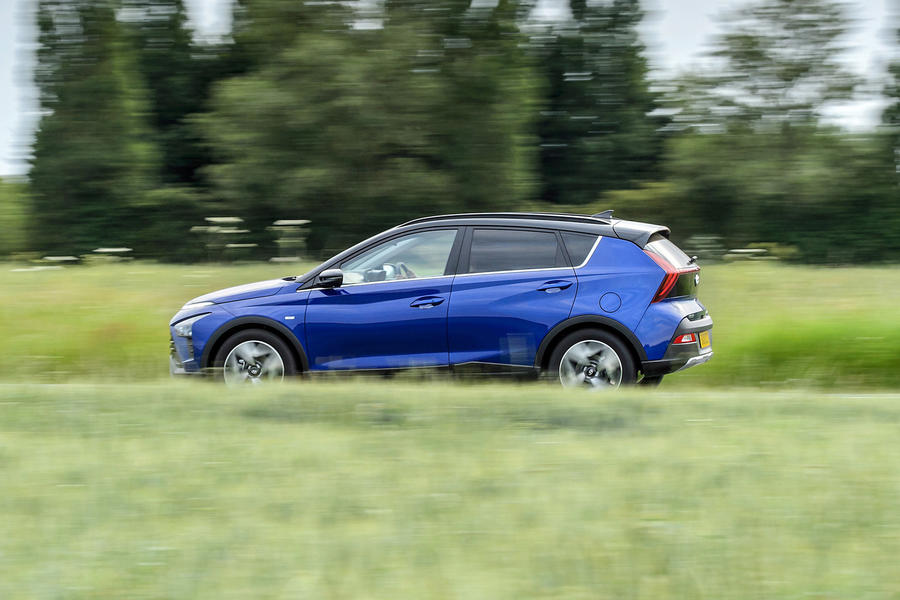 It’s a tiny bit longer at the kerb than the Kona and has a lower roofline, but it offers a more spacious interior, no doubt partly as a result of being developed on Hyundai-Kia’s more recent ‘K2’ supermini platform. Where the Kona is a little bit of a squeeze for taller adults sitting line astern, the Bayon can accommodate them more comfortably, and it also offers about 10 % more boot space.

The styling of the car is more conservative than the Kona’s, and likewise of Hyundai bigger, recently redesigned SUVs. It hasn’t got the Hyundai Tucson’s big wing-shaped grille, or the Santa Fe’s even bigger ovoid one. But like both of those sibling cars, it does have a frontal ‘face’ defined by its independently positioned daytime running lights rather than by its main headlights – a trick introduced by Citroën a few years ago, which does make cars stand out on the road. The Bayon has an exterior busy with sharp feature lines and vaguely triangular shapes. It may not be handsome but it’s certainly not anonymous, and the gloss black roof, pillars and tailgate on top-of-the-line cars also help it to stand out that bit more.

Aside from being versatile and spacious, the Bayon will sell, it’s hoped, for its on-board technology and active safety features. Even entry-level cars get digital instruments and an 8.0in touchscreen infotainment set-up, while our mid-spec test car had a bigger 10.3in infotainment set-up with wireless Apple Car Play, a wireless device charging pad, and certain Bluelink online services as standard (online live traffic navigation routing, live parking information, and remote app-based functions via your mobile phone). It also had Hyundai’s latest lane-keeping, driver monitoring and crash mitigation systems, the last of which is capable of warning you of nearby pedestrians and cyclists as well as cars. If you like a modern car that makes you feel safer with every flash and bleep, it’s certainly got all the right sensors, bulbs and bleepers.

The engine range is short. You can have a 1.0-litre T-GDI petrol engine with either 99bhp or 118bhp, each available with a six-speed manual or seven-speed dual-clutch automatic gearbox. The cheapest engine and trim level narrowly undercuts an equivalent Vauxhall Crossland, and although rivals from Skoda, Citroën and Renault all look better priced, the Bayon certainly offers competitive value when you level them up on equipment.

The interior of our test car was a little monotone-grey. Its mouldings were hard and a bit shiny and smudgy, although they didn’t lack for visual interest thanks to Hyundai’s current styling penchant for decorative trims with dust-attracting horizontal ridges. Its fittings aren’t pudgy or inviting to the touch, but they do feel hardy and robust. Elsewhere, some comfortable front seats, crisp and clear digital instruments, plenty of storage space, and a clearly labeled and usable infotainment system should all meet with your approval.

Comfort, refinement and easy drivability are the car’s dynamic priorities, and they’re delivered upon pretty well. Both the engine and suspension feel well isolated from the cabin, the engine only getting rowdy when revved hard but having plenty of torque for assured mid-range performance. For a typical real-world average fuel economy return in mixed daily driving, expect a nice round 50mpg.

The Bayon’s ride isn’t soft, but instead maintains reassuringly consistent body control with just a hint of firmness at town speeds. Grip level is only moderate but perfectly adequate, with a gently spinning inside front wheel ready to chirrup away at you when you’re hurrying along a bit hard.

The car’s engine and steering could be calibrated a little bit more carefully. The engine has slightly dull initial throttle response and one or two flat spots in its power delivery, and the steering is a little too keen to self-centre, which can make low-speed handling a bit unintuitive. But at least it isn’t as lightweight and over-assisted as so many manufacturers seem to think steering systems in this breed of car ought to be. 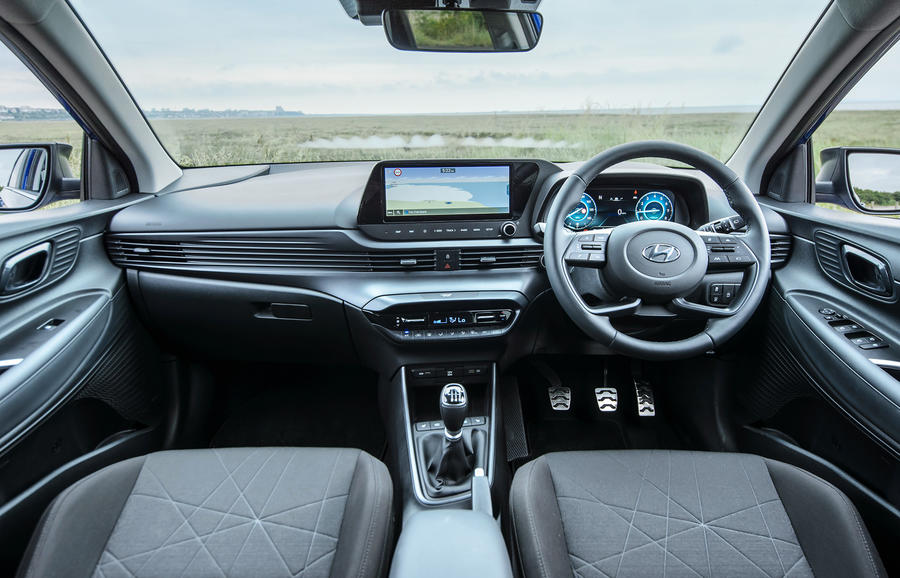 This is a complete, well-priced, practical and dynamically respectable compact family car. It'll be much better at meeting your motoring needs than kindling your affections or attracting admiring glances, and it won't be as easy to spot on the road as some of its rivals; but it would be a better ownership proposition than many. 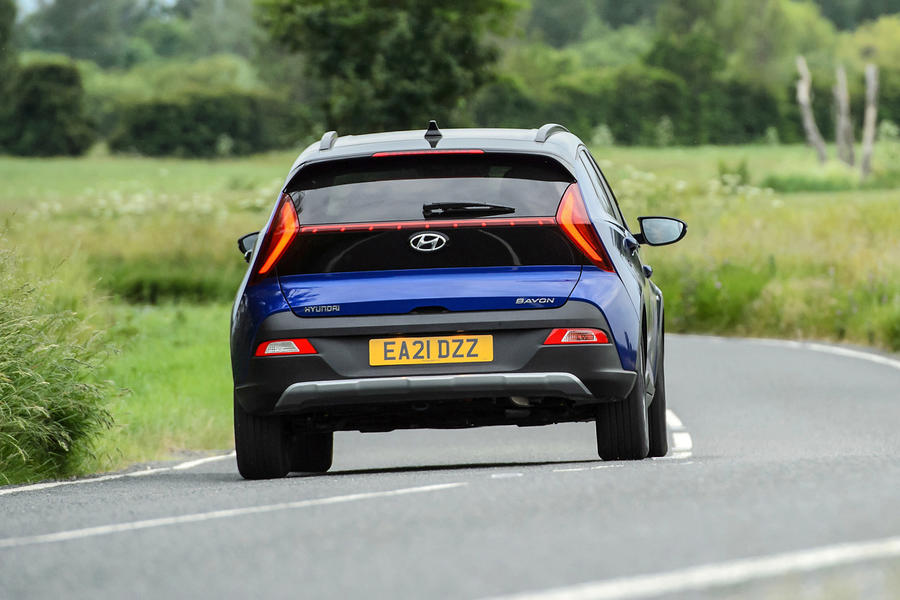 Log in or register to post comments
Marc 16 July 2021
...but for the vast majority of buyers it's what the car cost monthly, not the list price. The two are not necessarily connected, the list price can be largely irrelevant.
LL Maybern 16 July 2021

@gavsmit 5 years ago you could buy a Fiesta and a Corsa brand new from the manufacturer for under £10,000. Now both cars cost over £16,000! I wrote off my car last week and I was astonished at how much new cars cost now!