When the BMW 1 Series went front-wheel drive in 2019, it had something to prove, and with the Volkswagen Golf R-baiting, four-wheel-drive BMW M135 xDrive, it demonstrated it could build an effective hot hatch, while also retaining the expensive ‘premium’ feel of a BMW.

And now it’s received an update. This isn’t the proper facelift – that’s not due until 2024 – and apart from some new paint options like the retina-searing Sao Paulo Yellow in the photos, the changes are purely mechanical.

The aim, say the engineers, was to create a wider broadband for the M135i as a model range by focusing the standard M Sport suspension as the driving enthusiast’s choice, while preserving the adaptively suspended car’s capabilities as an all-rounder.

To that end, all versions get more sound piped in through the speakers, more alert torque vectoring by braking, retuned xDrive and Michelin Pilot Sport 4 tyres, but cars with M Sport suspension get new springs and dampers, two degrees of front camber, Michelin Pilot Sport 4S tyres on 19in wheels and stiffer bushes and mounts benefiting steering precision. 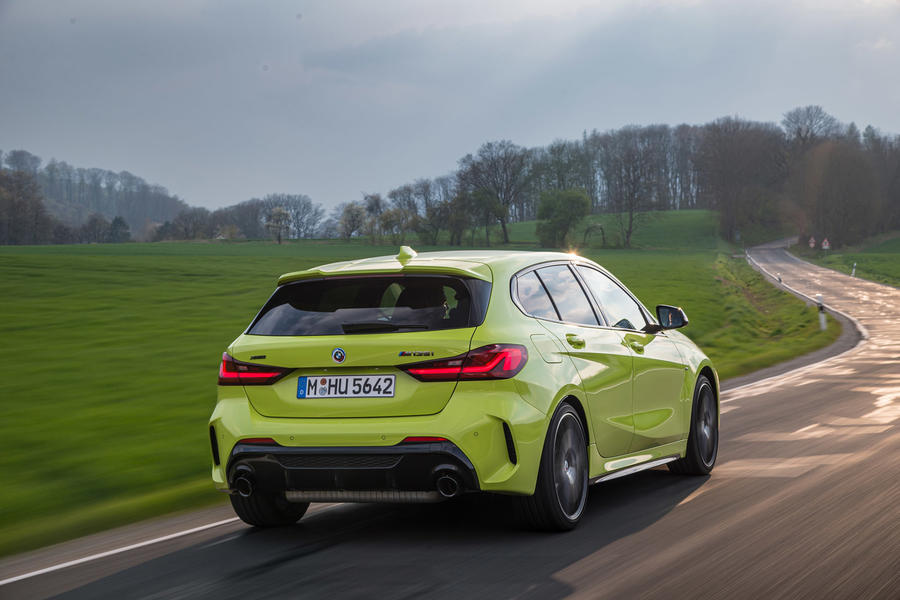 The changes have definitely separated the two versions. The chassis balance on both is still the same in that the M135i feels like a front-wheel-drive car with infinite traction rather than a Ford Focus RS-style hip-wiggler. The tweaks aiming to reduce torque steer have worked, because there isn’t any.

The M135i also feels more agile than before thanks to the revamped torque vectoring, or ‘Performance Control’ in BMW speak. Pile into a corner at close to the limit of grip and you can feel the system nipping at the inside brakes to correct the car’s course. It’s a tad artificial and not particularly subtle, but an entertaining addition nonetheless.

After a drive in both versions, though, I’m unconvinced that the sport suspension’s level of chassis sharpness is worth the uncompromising ride. It turns in with a touch more immediacy and, thanks to the wider Pilot Sport 4Ss, the cornering speeds can be higher, but it’s still hampered by the uncommunicative steering and it doesn’t address the slightly humourless chassis balance. Is it more fun on the road? Not necessarily.

The adaptive dampers, which are only £500 extra, strike a far more appetising compromise. The set-up is not only softer, it’s also better damped, benefiting daily drivability to no end. The smidgen of extra body roll compensates for the numb steering to let you know what’s going on and the reduced grip from the narrower ‘plain’ Pilot Sport 4 tyres makes the car feel that little bit more playful at road speeds.

The powertrain modes reflect a similar contrast. In comfort mode, you get a bit of synthesised exhaust bark and slight thumps from the gearbox on full-bore upshifts. Sport mode hits you over the head with a veritable tree trunk of synthesised exhaust noise, complete with fake pops and bangs and single-clutch automated manual-style wallops on upshifts.

In general, the eight-speed torque-converter gearbox feels more like a dual-clutch in its shift speeds, but also in the slight clunkiness it exhibits when asked to grab a gear it wasn’t expecting to. It reacts swiftly to the paddles on the way up, but can occasionally refuse to change down. 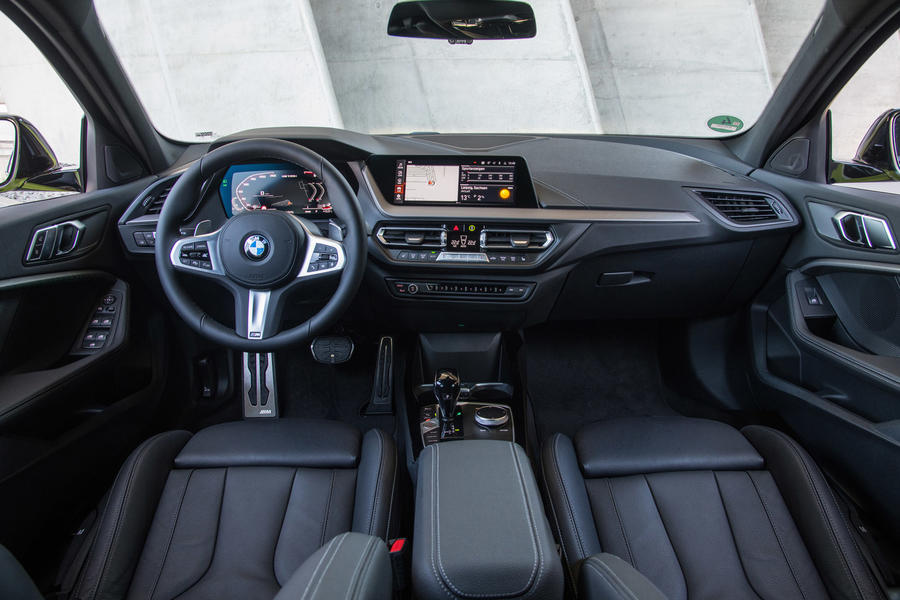 BMW has effectively turned the M135i into two cars: one offers more drama and ultimate ability, the other more nuance and daily usability. On brief acquaintance, the more modestly wheeled car on adaptive suspension feels like the more coherent whole, but more than that, it’s a matter of personal preference, and there is no question that choice is a good thing to have.

Something else that speaks in favour of the M135i is its price. £38,470 is no small amount of money, but that does make it cheaper than the Audi S3 Sportback, Mercedes-AMG A35 and even the Volkswagen Golf R. A BMW turns out to be the affordable option. Who would have thought? 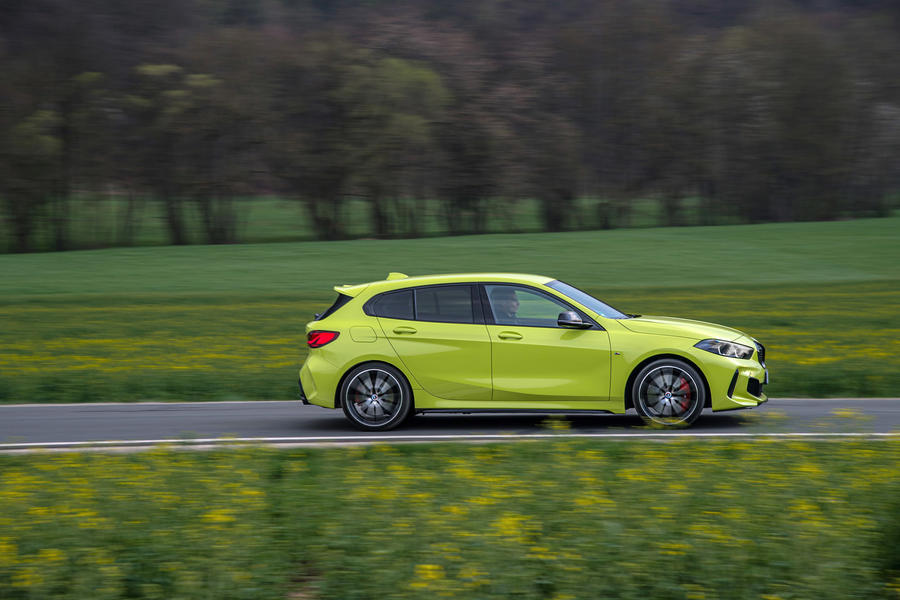 It’s no wonder BMW don’t advertise their cars as being the “Ultimate Driving Machine” anymore, is it!!

But yet it still gets 4 stars. The brainwashing is real.

Cheap! I will buy one tomorrow paying cash ..