From £13,9957
The Citroen C3 Aircross has got funky looks and a charming interior, but it's another small SUV, and another dynamic miss. Numb steering is just one thing keeping it from class best
Open gallery
Close

If ever there was a car that demonstrates changing trends in the car industry, it’s the Citroën C3 Aircross.

In its past life, it was the C3 Picasso: a characterful small MPV. But seeing as nobody really buys MPVs any more, Citroën replaced it with a small SUV: the C3 Aircross.

The C3 Aircross joins an ever-growing number of small SUVs like the Kia Stonic, Seat Arona, Vauxhall Crossland X and, of course, the genre-defining Nissan Juke. It’s also another that begins to blur the lines between high-riding hatch and SUV, such is often the subtlety of the niche. 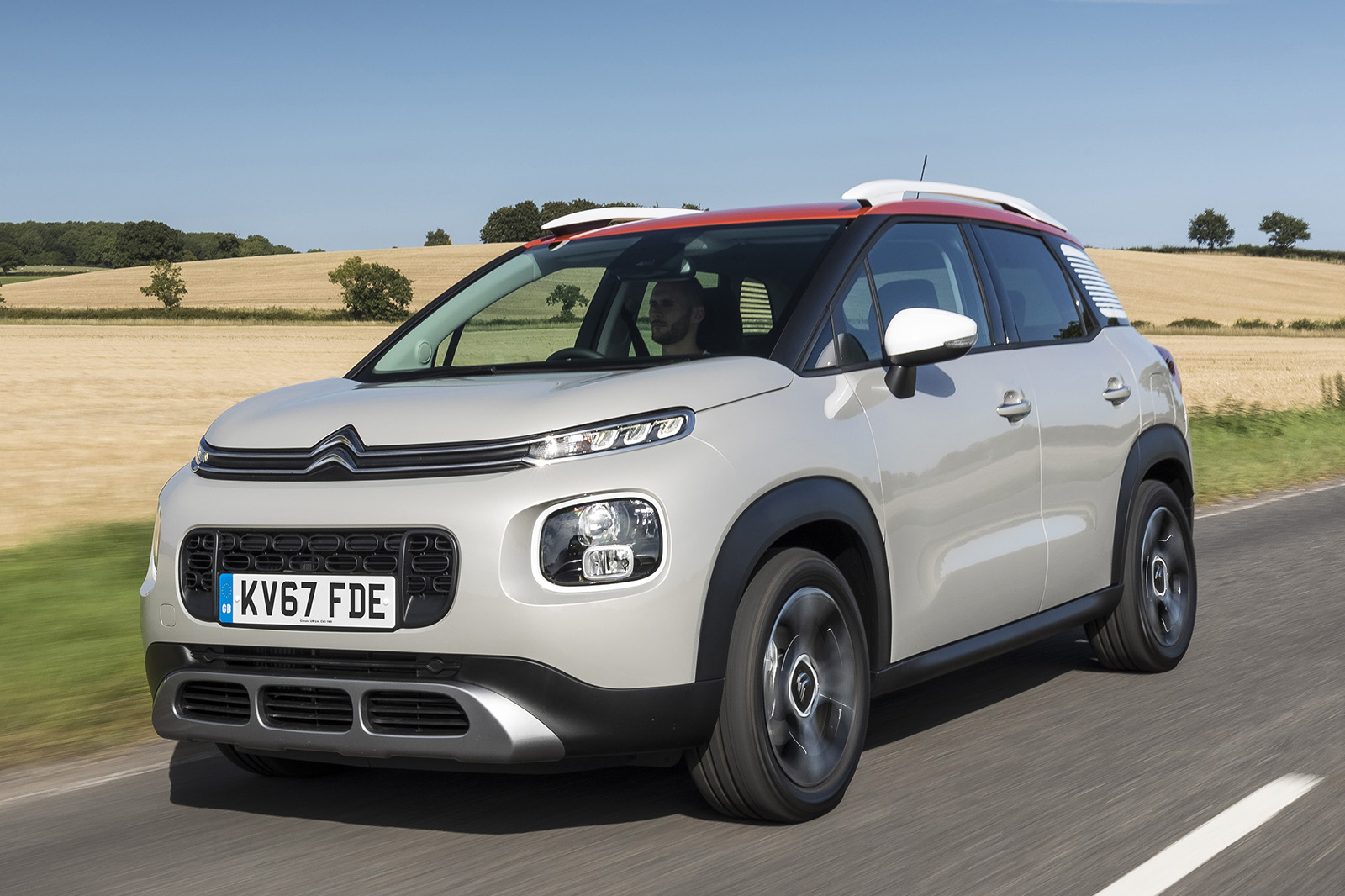 Let’s break it down - the engine is good. PSA’s 1.2-litre, turbocharged three-cylinder engine pulls well from any speed with its 128bhp and 151lb ft -  it’s sprightly and makes the car feel more excitable and perky, with a satisfyingly linear delivery of power. The harsh, raspy engine note isn’t the last word in refinement, though, and adds unnecessary noise to the cabin.

That becomes a bit of a cacophony at motorway speeds and on rougher roads – there’s a fair bit of wind and road noise. At least the ride settles down at those speeds, after being a shade on the fidgety side on normal roads.

It’s inoffensive to drive, anodyne even, which here isn’t a good thing: the steering is remarkably numb, and makes you feel a bit remote from the road – a bit of a contrast to the over-stiff suspension.

Unusually, going for the automatic gearbox makes the steering slightly worse – weighting it up spongily and taking away what (very) little feedback there was to begin with. Stick with the manual - it’s more at home in the dinky Aircross.

Then there’s the interior. It looks fun and avant-garde, with interesting details splattered about the cabin, fashion-forward fabrics on upper trims and an altogether upbeat approach, where rivals like the Kia Stonic are a little on the plain side.

The plastics aren’t of the best quality - give them a knock and they’re more sonorous than they should be.

At all costs, though, especially the £950 Citroën asks for it, the panoramic sunroof should be avoided. Not only did it rob the car we tested of headroom up front, it rendered the rear suitable only for children. 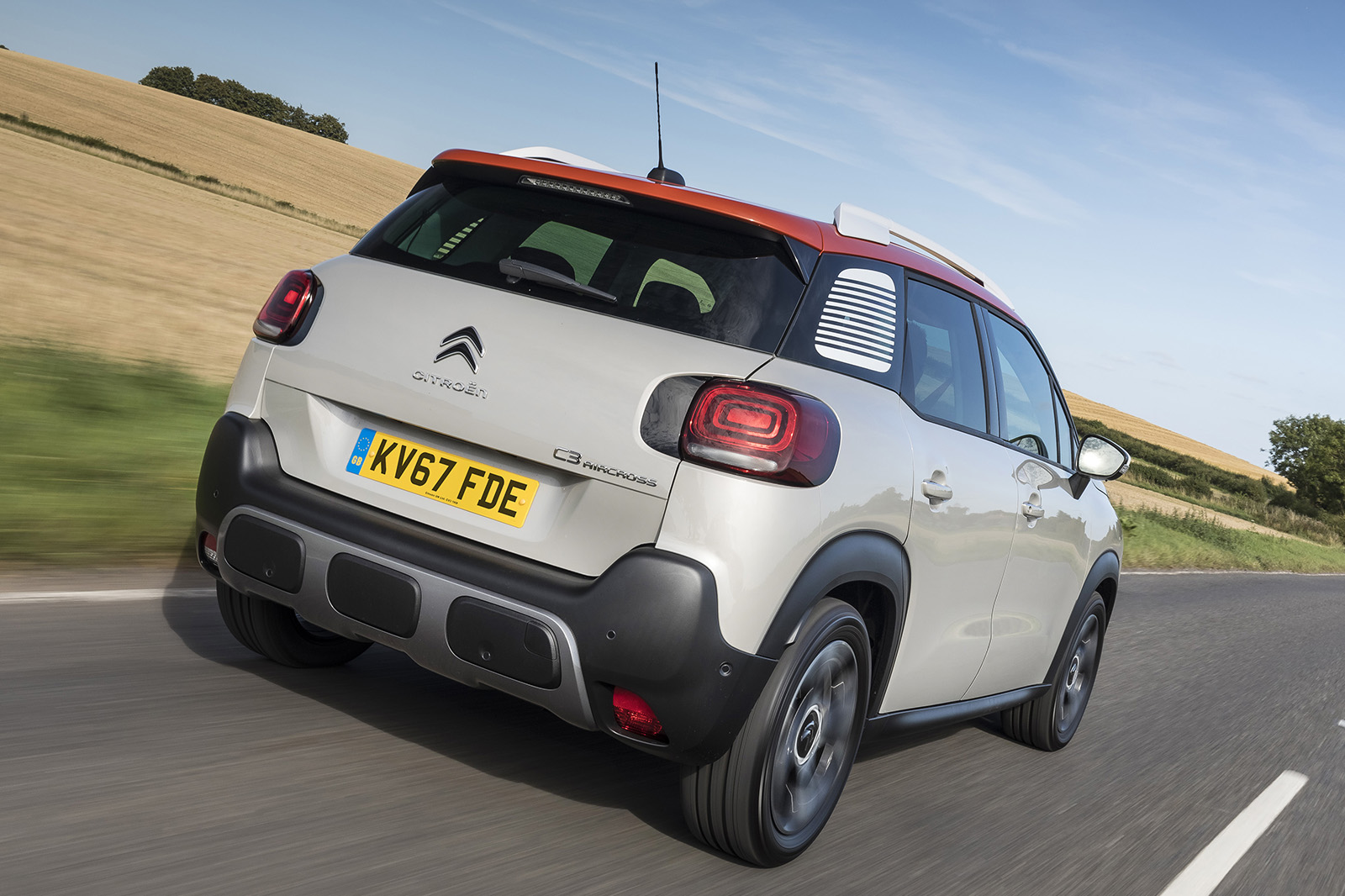 This is why it’s easy to be fascinated by small SUVs; there’s not one out there that can best a class-leading - or even decent - supermini. All are, in some way or another and in varying degrees of gravity, flawed.

The flaw in the C3 Aircross is the mismatch between the fun image the car outwardly promotes and its comparative lack of fun to drive. SUVs, small or large, exude ruggedness, and a lifestyle that trades a low driving position and a little fuel economy for the image of fun. Unfortunately in the C3 Aircross, you have to trade a lot more than a few MPG. 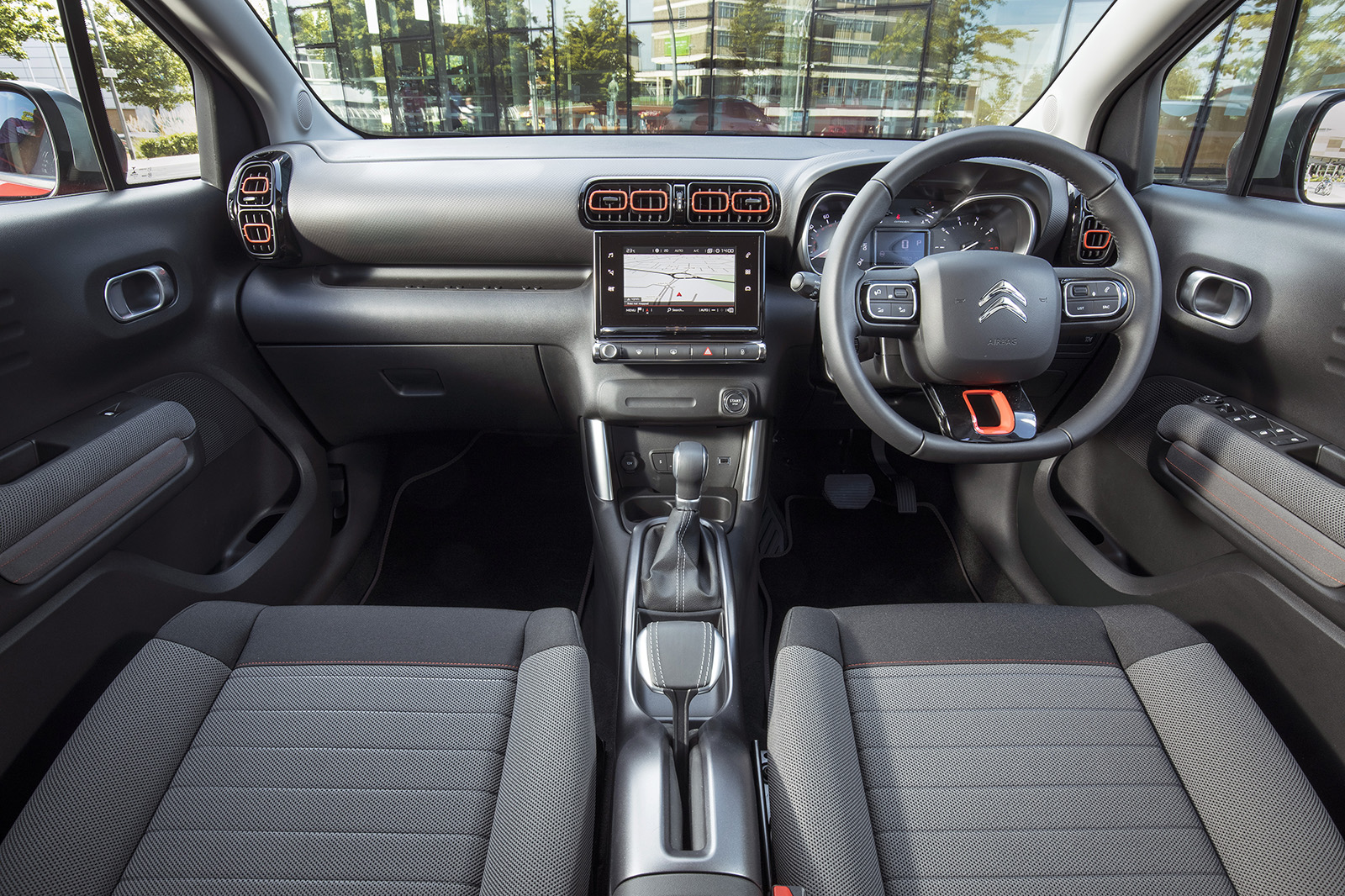 My wife collected her 110 Shine automatic, here in France, last Tuesday and we have done around 300km of mixed driving. First impressions; around town the three cylinder engihe is a bit growly and always seems to be in a higher gear than ideal. On the autoroute it is much smoother at higher revs. The sliding rear seats are handy as they increase the rear load area without having to fold them, and are much appreciated by the dogs.

It came with one glaring fault, the rubber door seal on the drivers A pillar was tucked under the interior trim over about 30cm of its length which would have led to water ingress if it had rained. It took ten seconds to fix, but should have been noticed during production, or pre delivery by the dealer.

Fun to drive and steering feedback

I am getting tired of reviewers that complain about cars not being "fun to drive" and lack of "steering feedback". OK, it it were a 911, sure, it would make sense. But it's a small Citroen SUV (as strange as it sounds). Who exactly buys this car to have fun with?? This is just like complaining about the 911 not having rear doors or enough space in the boot to go camping with your family - completely missing the point.

Why do car magazine writers think that everyone is a rally driver wanna-be? The vast majority of people are not and do not make their car buying decisions based on the steering feedback or the lack of it.

Also, how can you review a car and even mention the quality and ergonomy of it's seats, especially the driver's seat? I don't care how much feedback the steering has if my back hurts after 1h and I have to drive 5h on a motorway.

I agree. For what it's worth Auto Express's 4-star review says:

"It's not the class dynamic benchmark, but it's certainly good enough for the target market"

They had no complaints about the lack of 'steering feedback': "In fact, our only real complaint with the driving experience is the baggy long-throw five-speed manual gearbox"

I hired a skoda Fabia at the weekend. It was refined, had a good ride, but no feedback from the steering. It was just unpleasant and unenjoyable on the quiet, winding, bumpy roads I drove it on. I remember the first incarnation of Fabia was much better. Is this is a modern trend in so many new cars to remove all involvement kill any fun at all? Next step will be easy to push - no one will want to drive. Autonomous cars will allow passengers more time to buy or consume "stuff off the internet". Not where I want to go.

So hard plastics get praised in the VW T-Roc, but criticised here. Quelle surprise!