BACK TO ALL NEWS
Currently reading: James Ruppert: Turn left for huge savings
UP NEXT
Analysis: How UK grid will cope with an EV revolution by 2030

Left-hookers. Let’s go there. It’s a wonderful place. There are vehicles available only in that format and others that are cheaper because of it. The driving experience is obviously unique and, once you get used to it, rather enjoyable. For those who have never considered sitting on the wrong side of the cabin, here are a few for your consideration.

A great place to start would be with a prime piece of Americana in the fantastically plastic shape of a Chevrolet Corvette. I found a 1999 C5 with 5.7 litres, so this is budget supercar stuff, and all for £16k. It has done 66,000 miles, but there aren’t too many details apart from a full service history and the fact that it’s rather silver. Interestingly, one of this model’s claims to fame is that it featured in a motoring magazine in 2006. I didn’t realise there were any others…

Fancy a nearly new Fiat 124? I didn’t think I did, but I chanced across an 11,000-mile example that could be mine for £8750. It looks like a recent import from Italy, and goodness knows how it survived without rusting to powder, but there you have it. Two owners and unrestored, apparently. A Lada 1500 without the baggage and with far better handling. 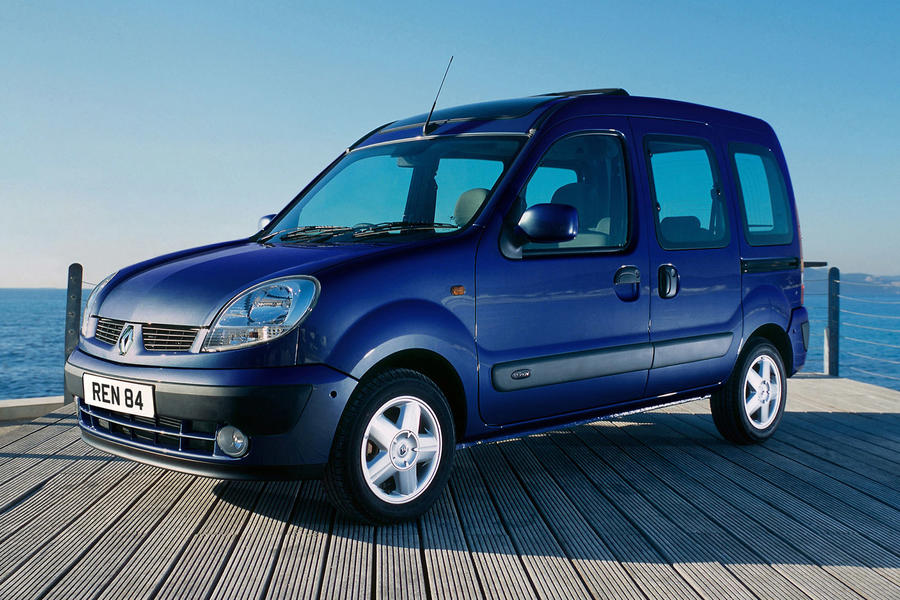 How about a BMW M5? Obviously. Did they make an E34 Touring? Well yes they did, and there was even a Nürburgring Edition. Just 891 were made, and I found number 677. There was a ton of history, including some recent fettling, such as restored star alloys and a new battery to make it worth £31,900. Very honestly, there was reference to a previous owner paying to fix the head gasket. This M5 isn’t cheap, but it’s unlikely to lose a fortune, and your chances of finding another will always be slim.

Goodness me this is fun, but if your budget doesn’t stretch to a German V8, let’s go back to America and get ourselves a Ford Crown Victoria. It’s one of those cop interceptor cars, and I found a 2009 example from Maryland with 119k miles and a year’s MOT for £6995.

Am I spoiling you with too many V8s? Instead, how about a Renault Kangoo? This would deliver the full rural France experience if you prised one or all of the hubcaps off this Expression model, powered by a 1.5-litre diesel unit. This 2007 MPV had a modest 60k miles and is up for £2995. It’s more practical and better value than some of those Brazilian Volkswagen T2 campers that are also on the left-hand-drive list at comfortably over £10k.

Left-hooking throws up all sorts of interesting possibilities that you might not have considered. From the sublime, like a £60k Porsche 912, to Dacia Dusters for less than £5000. Let me know if you take the plunge. 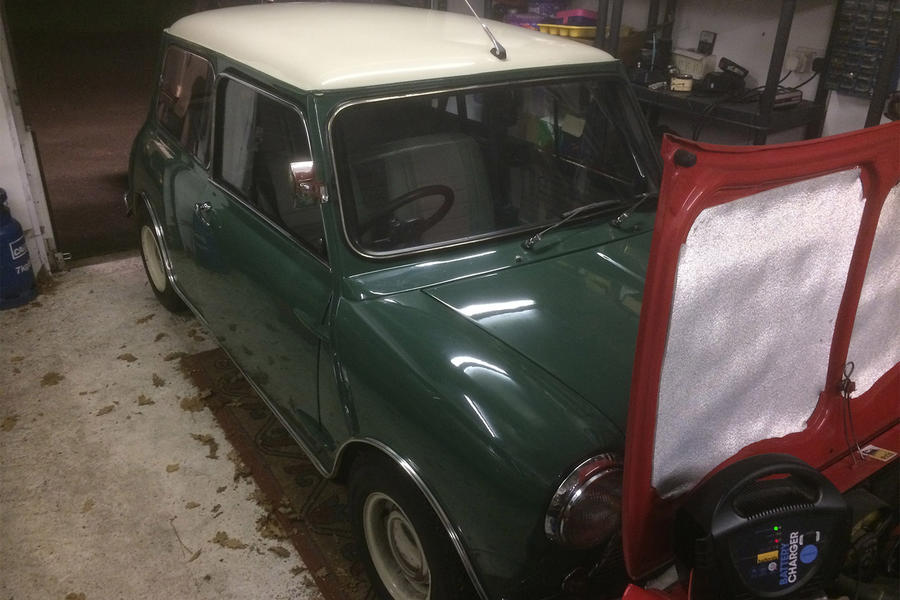 Mini Cooper, mileage - 103,663: Things are being cancelled, so the Mini Cooper isn’t having the MOT that it needs just yet. But it is worth mentioning just how useful the Mini is when the Lorry doesn’t start (I haven’t been charging its battery nearly enough). So one day recently when I needed to be somewhere, the Cooper fired up and took me there. It was interesting driving home hours later in a monsoon and pitch darkness. It coped, but Minis are so low that the dipped beams of following modern cars illuminate the interior like a summer’s day. The Mini’s lights are like a pair of candles so need to be changed if I’m going to make a habit of using it. 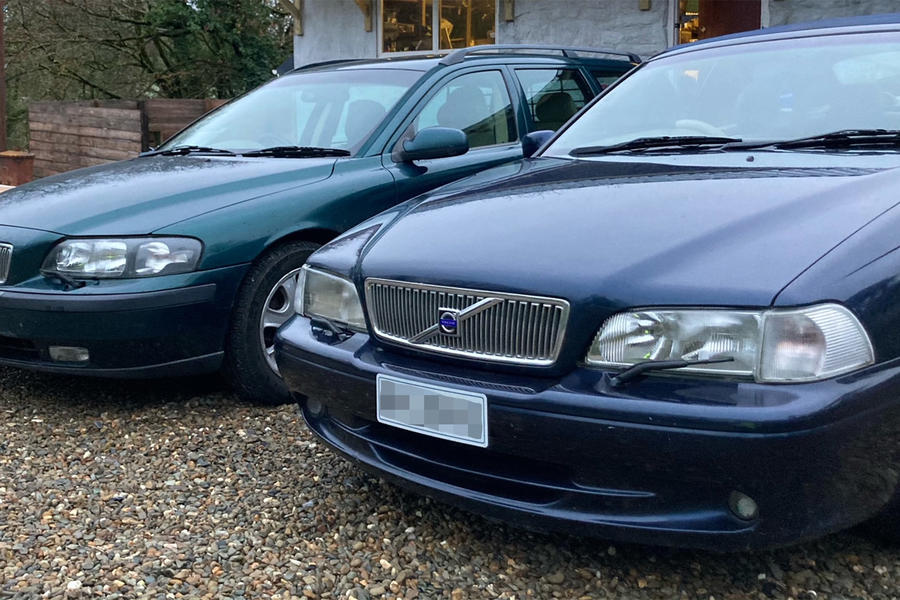 Volvo C70: Volvo fan Martin bought a 2000 X-reg C70 T5 Auto with 94,000 miles for £500: “It was covered in mould, the boot and engine compartment full of leaves. The roof wouldn’t open and there were several warnings and lights on. I put a dehumidifier in it for three days; on the fourth morning, I pressed the roof button and it worked perfectly. I’ve replaced the rear disc pads and handbrake shoes, have found a man who can repair the radio and over the next few weeks will clean or replace all of the fuses.” Part two next week. 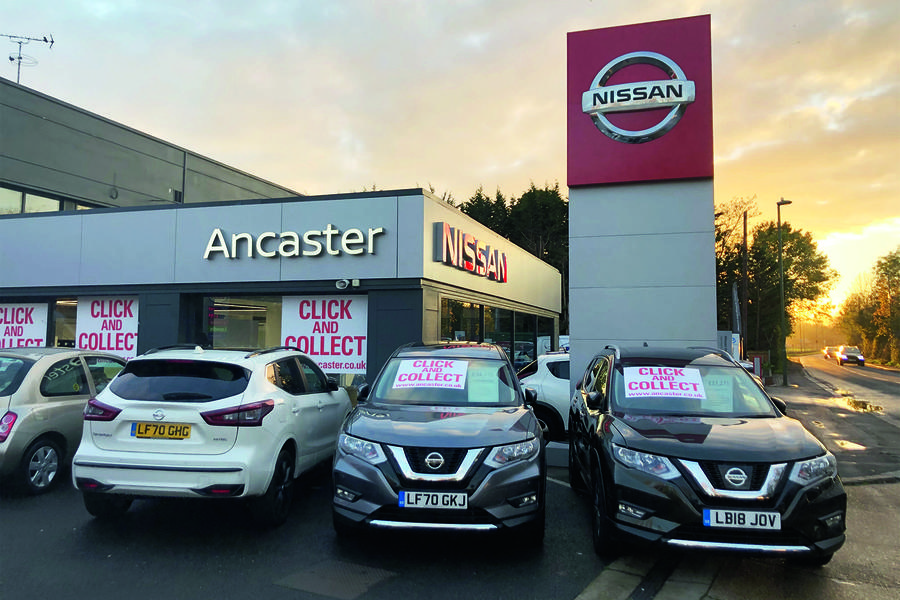 Question: As showrooms are closed and I can’t leave my home, can the dealership bring a used car to my house to view in this latest lockdown? Robert Drysdale, via email

Answer: This is an unlikely scenario – not just because many dealerships wouldn’t have the resources to offer a home-visit service but also because it would be too difficult to conduct effectively with the restrictions in place. You wouldn’t be allowed to enter the vehicle if it had been driven to you by a dealership employee and test drives are forbidden under the ‘essential travel’ rules, so the benefits would be minimal. The best course of action would be to use this time to do your new car research and book in lots of test drives when the lockdown is eased. FP 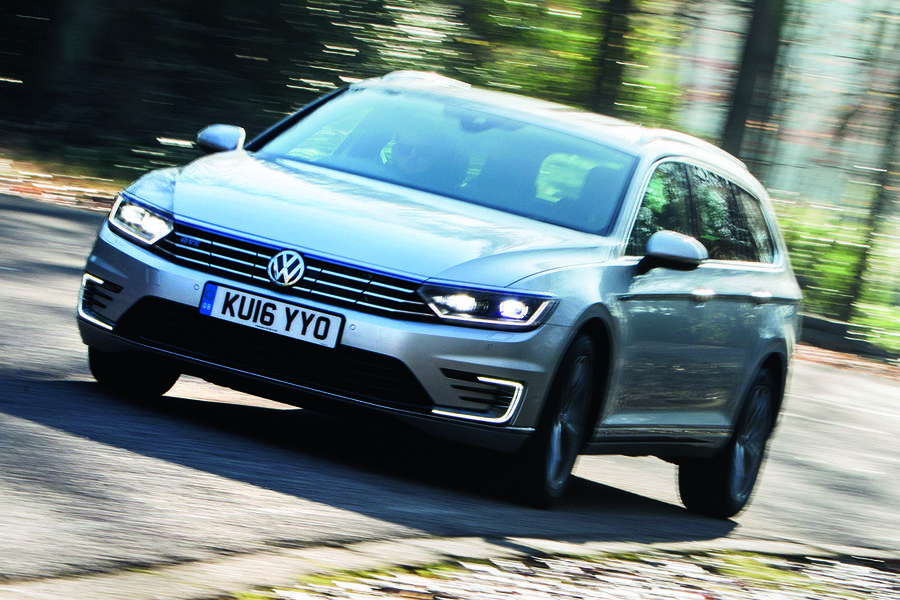 Question: I’m looking for a plug-in hybrid SUV for £15,000-£20,000. The Mitsubishi Outlander PHEV is the obvious choice, but are there alternatives? Malcolm Richardson, Kent

Answer: The Outlander PHEV was some way ahead of its time, so there aren’t many comparable cars in your price bracket. If you can forgo a bit of height, space and electric range, you might be tempted by a Mini Countryman S E All4 at £19,175 or a one-owner Kia Niro PHEV for £15,595. Can you stand to come a bit closer to the ground? Perhaps the £15,489 Volkswagen Passat GTE we found could tempt you, offering an Outlander-rivalling 483 litres of boot space and 31 miles of EV range. FP

I used to drive LHD cars in the UK for years, back when we used to cross to Europe frequently and they were dramatically cheaper than the equivalent in the UK.

Yes, overtaking can be tricky: it helps to have a co-pilot. Otoh, parking usually puts you on the pavement side which helps when unloading kids, etc..

In this day and age I wonder whether there's a kit to solve the visibility problem: a forward-facing camera mounted on the O/S mirror feeding a screen stuck to the dash?

LHD is alright, insurance and changing headlamps aside, until you come to overtake the vehicle in front.